It was a long time since I promised Adolfo to come and visit Cremia, on Lake Como, for a nice windsurfing day,  together, and today the promise has finally been kept. Midsummer day that allowed us to ride even bare-chested!

To be true, the program was to bring a part of the family to the lake to take a bath, and escape the tropical heat of Monza/Milan. But, you know, the windsurfer that is inside of us always plans something .... and so I thought to go and take a bath, but in a windy place! 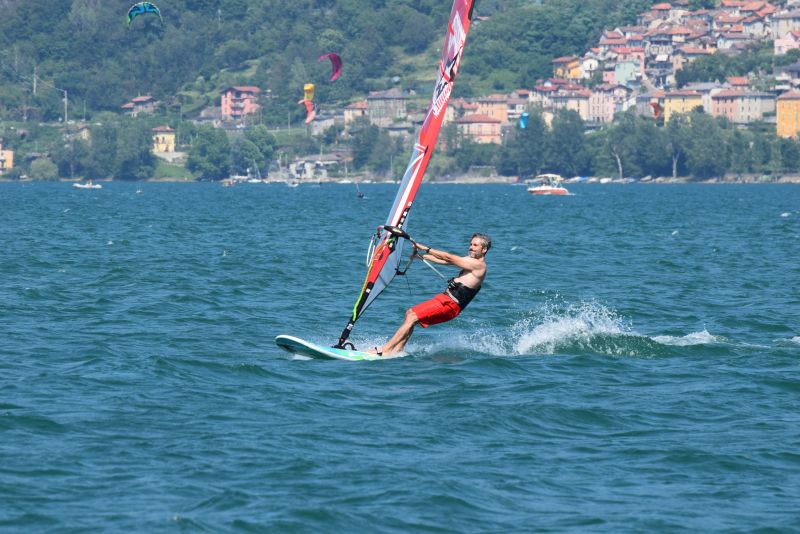 After seeing on Google Maps that the SS 36 had been closed at the Monte Barro tunnel due to falling rubble (a road, an ordeal), I realized that the only solution was to go to the Western branch of the lake. And the closest spot on that side, which works with Breva wind (the afternoon thermic wind), is Cremia. The Regina national road, which runs along the entire lake, is a delight for the eyes; I love it, and I know it very well.

Once arrived in Cremia, shortly after 15.00. we immediately had a nice refreshing bath. Then, since there were several fellow windsurfers in the water, I told my wife: "I'm going to take some pictures". I immediately spotted my friend Adolfo in the water, with Challenger 5.8 and Tabou Rocket 135.

When Adolfo came back to the shore a few minutes later, he gave me a nice gift: "Do you want to go for a ride with my stuff?" - he told me. As Marlon Brando said in the Godfather, "an offer you can't refuse".... So, I didn't even go up to the parked car to get the wetsuit (and I didn't even have to waste time rigging my equipment - ah, I always would like to be like that!). I wore the harness, and I entered into the water.

It was a blast from the past. I had a fantastic Tabou Rocket 115 years ago. Jumping on to Adolfo's Rocket 135 immediately gave me back the sensations of gliding, of riding upwind, and of stability that gives you a nice freeride board like that.  Pure easy riding, which was really good today, to fully enjoy the hot summer day. I also agreed well with Adolfo's equipment settings, except for the slightly narrow front straps, which gave me a hard time when tacking. 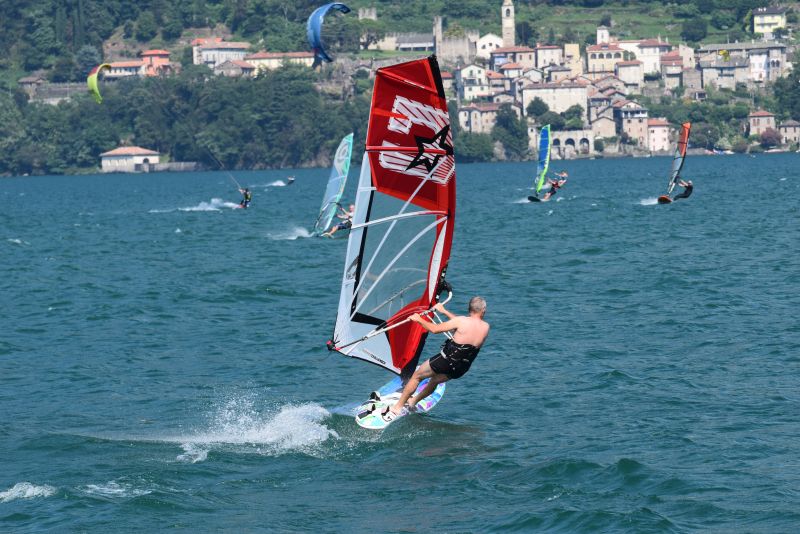 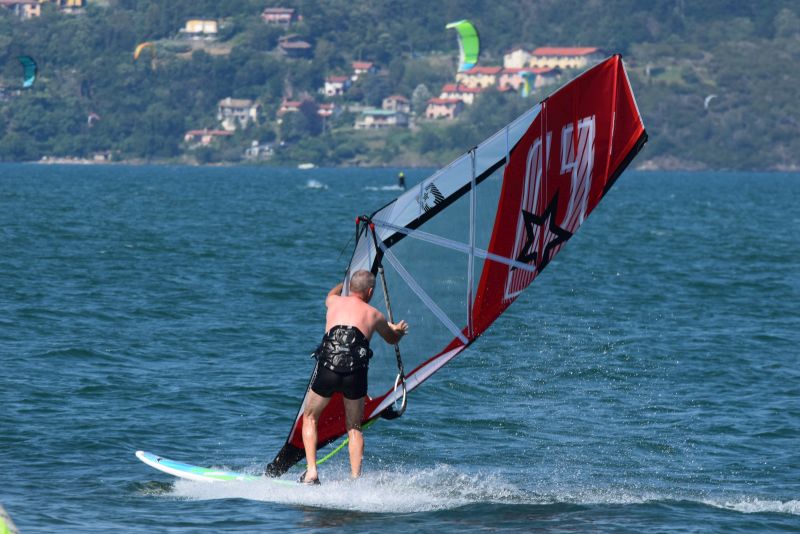 Cremia confirmed to be a pleasant and amusing spot, with a beautifully regular water surface, and not messed up like Gera or Colico. More intense gusts, as expected, below the shore, and a fairly strong wind even in the middle of the lake (but, on average, 13-15 knots).

At some point in the session, something strange happened to me that I already experienced in Noli years ago. In the midst of a jibe, I practically had the sail in my hand, freed from the board: unscrewed mast foot.

I have treasured the reflections made after the previous occasion. Although I was close to the shore and could swim back, I decided to detach the mast foot from the extension, screw it back onto the board, and then - more complicated operation - re-engage the mast foot in the extension. In the end, with a little patience, I succeeded. I left once again, and after a few more rides, I brought back the board to Adolfo, thinking that maybe he still wanted to stay in the water. While I was riding, I thought: when you like windsurfing so much, they just have to give you a board and a sail (even if Adolfo's equipment is not any stuff ...), and you'll have a lot of fun.

After taking some pictures of Adolfo, I returned to my wife and daughter (even if my wife had already discovered me windsurfing in the water ....).

End of the afternoon, as usual, very pleasant by the lake side, with a decreasing breeze, that continued to refresh us pleasantly, anyway, and the sun that began to illuminate the mountains of the Lecco shore with a beautiful warm light.

And now let's take off to Oman (read report)!

Below, a selection of photos of the day. 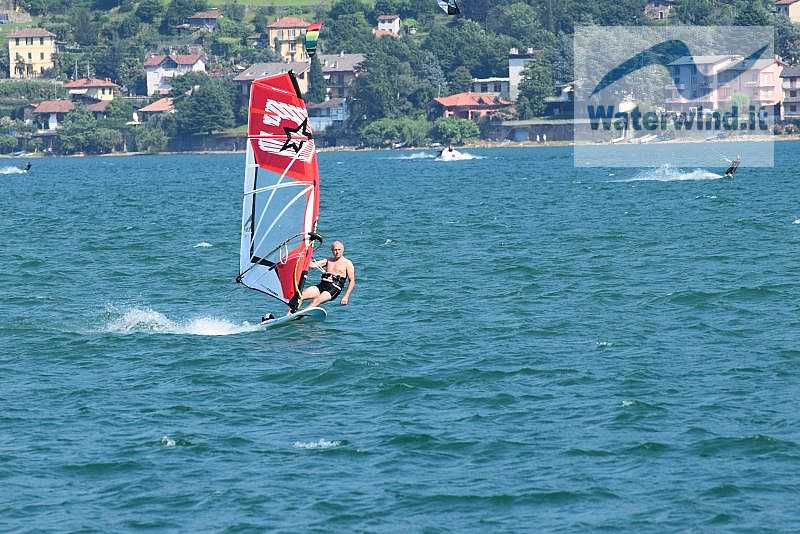 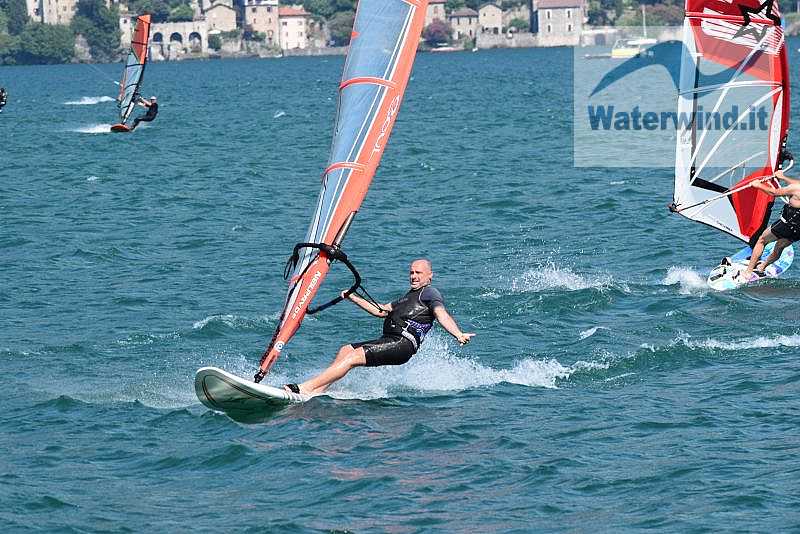 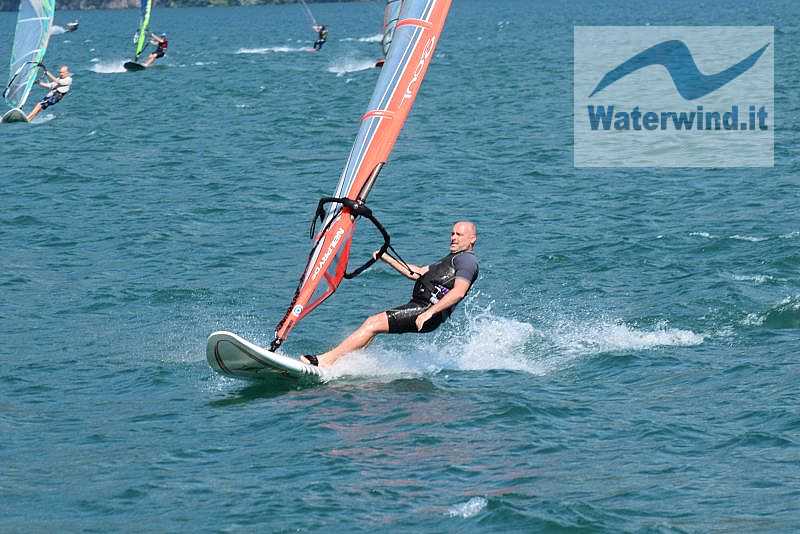 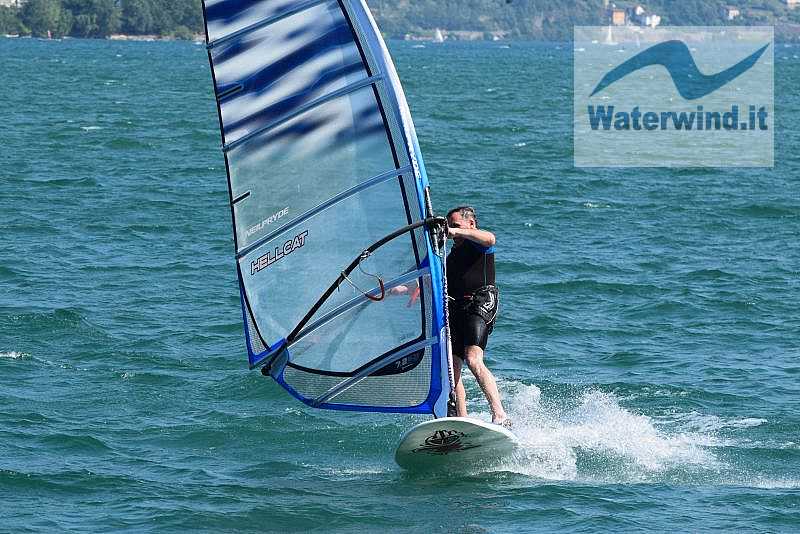 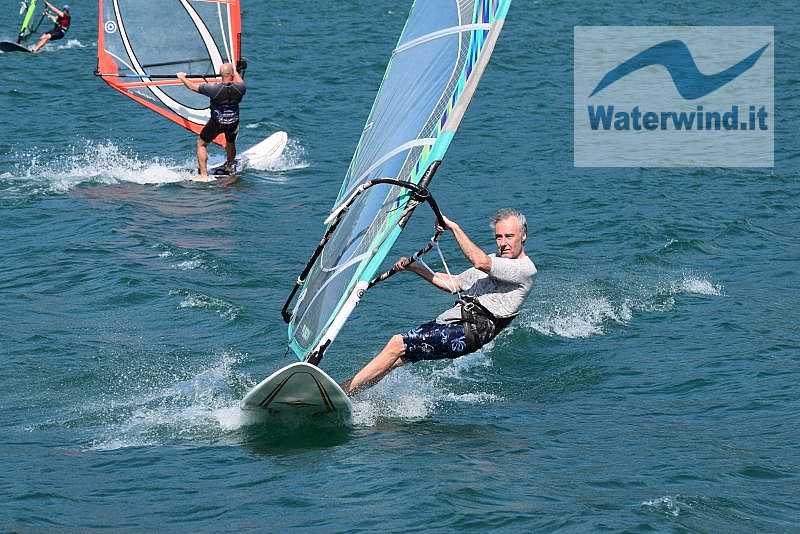 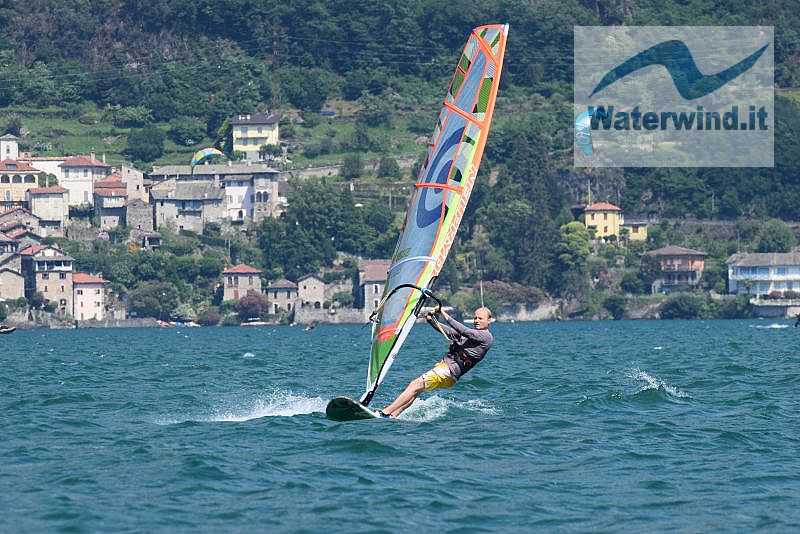 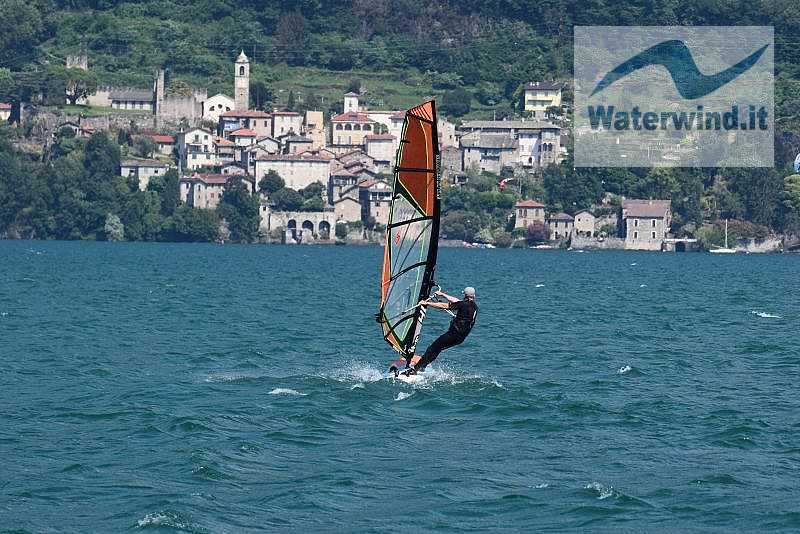 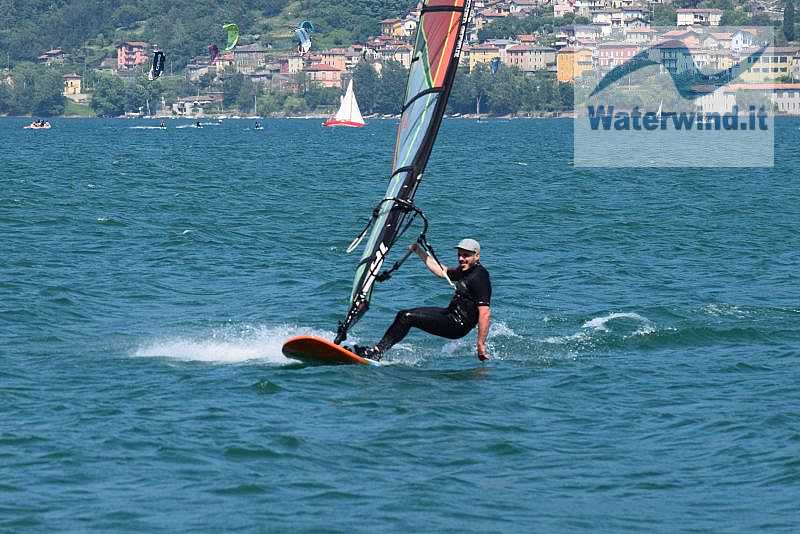