Domaso, in the Northern part of Como Lake, is, probably, the best loved windsurf spot by foreign riders, expecially from Swiss, Germany and from Holland. And they are right, because it has many positive elements to offer. 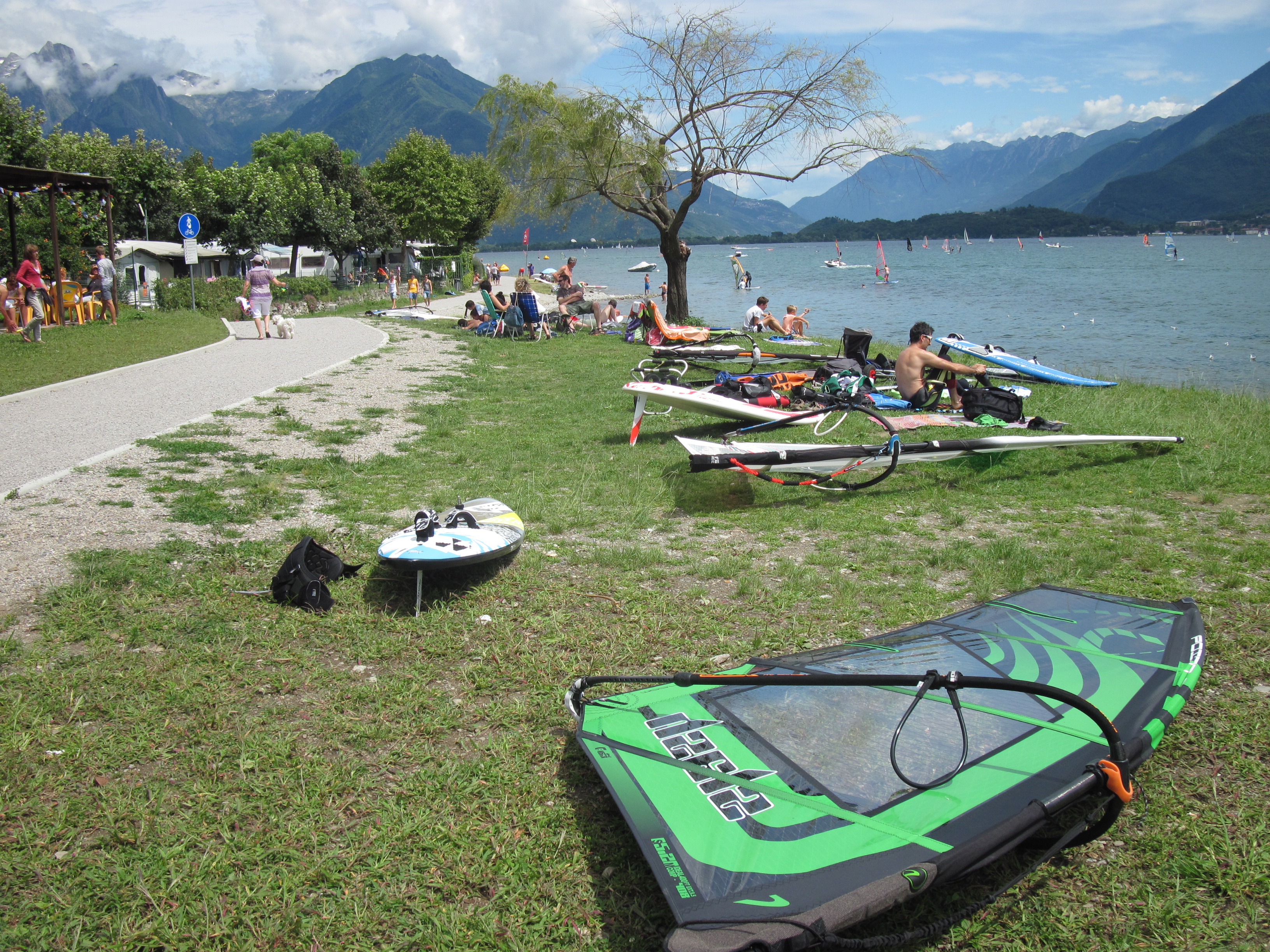 Domaso is on the North West coast of Como Lake. You reach the spot (see map below) driving on the SS 340dir, and turning on the right (coming from South), or on the left (coming form North)  into one of the many side roads that go down to the lake shore.

If you are not on holiday in one of the camping sites or hotels near the shore, you can turn into "Case Sparse" street, just at the left bank (following the flow) of the river Livo.

At the end of the street, you have a payment parking site, where you can leave your car, and from  which you can comfortably carry your equipment to the beach, since it is within fifty meters.

Infact, just aside the river mouth, you have a field of grass near the parking, where you can assemble you equipment, since you enter into water from the pebbles beach immediately, at the North side of the field. Here you have also public toilets and showers (opened in the season), and a bar where you can buy something to eat or to drink, and relax with a beer after your ride...

But if you want, you can carry your equipment (a trolley is useful!),  along the beatiful beach that develops towards North for more than one kilometer from the mouth river. Here, you can reach the central part of the beach where you have some nice trees, which provide for shadow to your family and children, if you've got them with you. If you go out with the Breva, the tipical South thermal afternoon wind, it is good not to go further North (we'll soon explain why).

This part is also the point of the beach where you have most of the camping sites, and riders on holiday here carry their equipment (already assembled) from inside the camping directly to the beach, and easily start for their ride. Camping site bars are also available to provide yourself with food and drink. 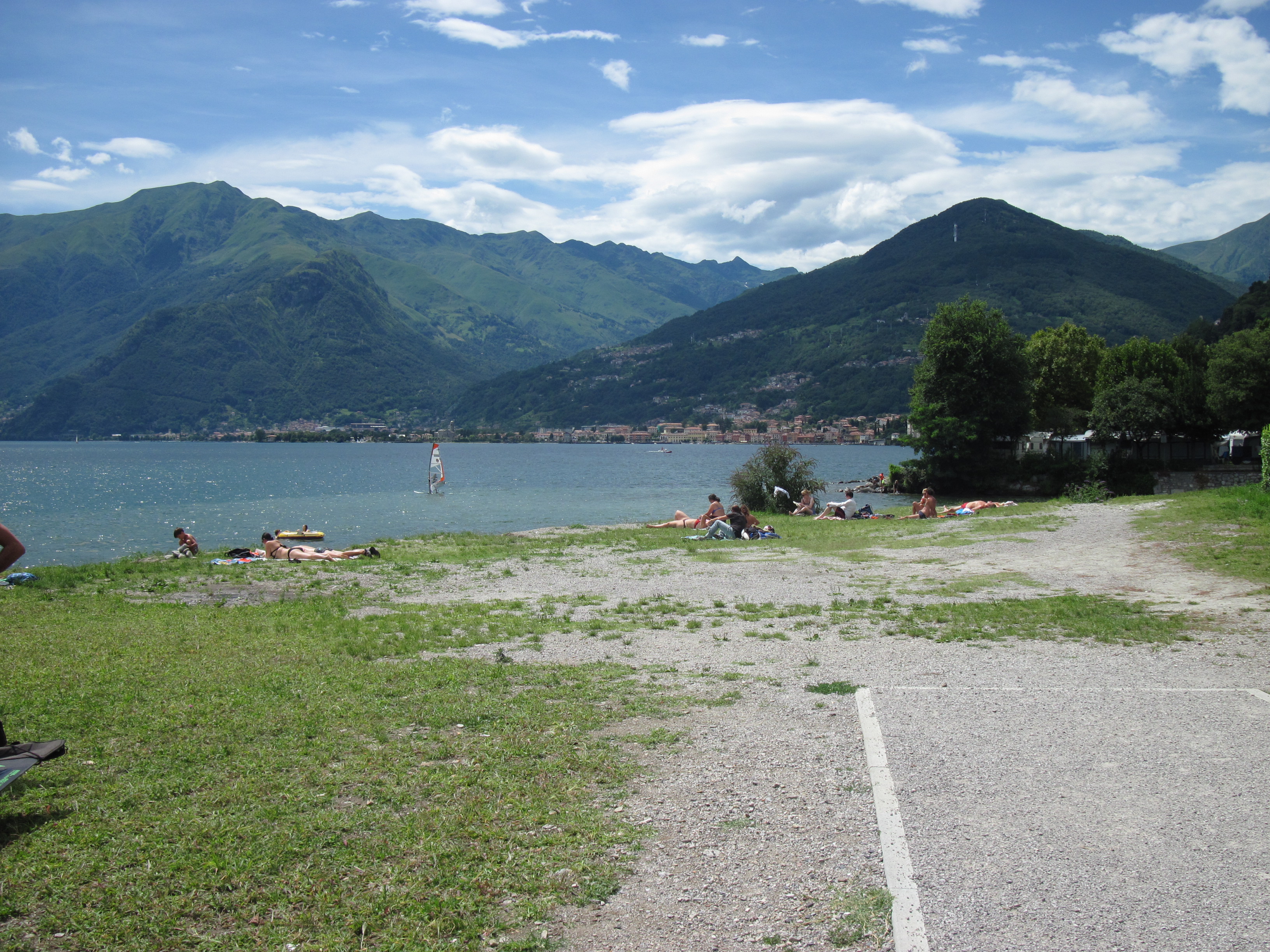 This spot works mainly with the "Breva" a thermal wind (due to pressure difference between air on lake surface - colder and havier - and air in the valleys at North of the Lake, Valtellina and Valchiavenna - warmer and lighter), which, if weather is good, regularly begins to blow about at 13.00/13.30 and grows higher.

It can reach 15 knots in the good days, but it can also reach higher intesity (up to 25 knots), if it is reinforced by South East or East winds in Padana Plain (where you have Milan), that, in the South part of Como Lake, turn towards North, canalizing among the mountains at the sides of the lake. Those are great days of windsurfing. Ckeck the waterwind section "wind predictions" to examin the wind map and understand if you'll have these conditions.

If you have the tipical Breva (I mean not the reinforced one), you have to take note that, expecially late in the afternoon, you have also another wind that comes down from the valley above Domaso, from which river Livo comes. This wind comes from West-South/West, and joins to the Breva, generating a resulting South West wind. It just comes from Domaso coast when you are sailing near the shore. So, even if you try to go upwind, you can find difficult to reach the point on the beach from where you started (you tend to reach a more downwind point). The influence of this wind is particularly significant from the central part to the Northern part of Domaso long beach, and that's why you have to stay in the Southern part (from center to the river mouth). Here you won't suffer from this bad influence of Livo valley wind. In the center of the lake, wind comes generally from the South. 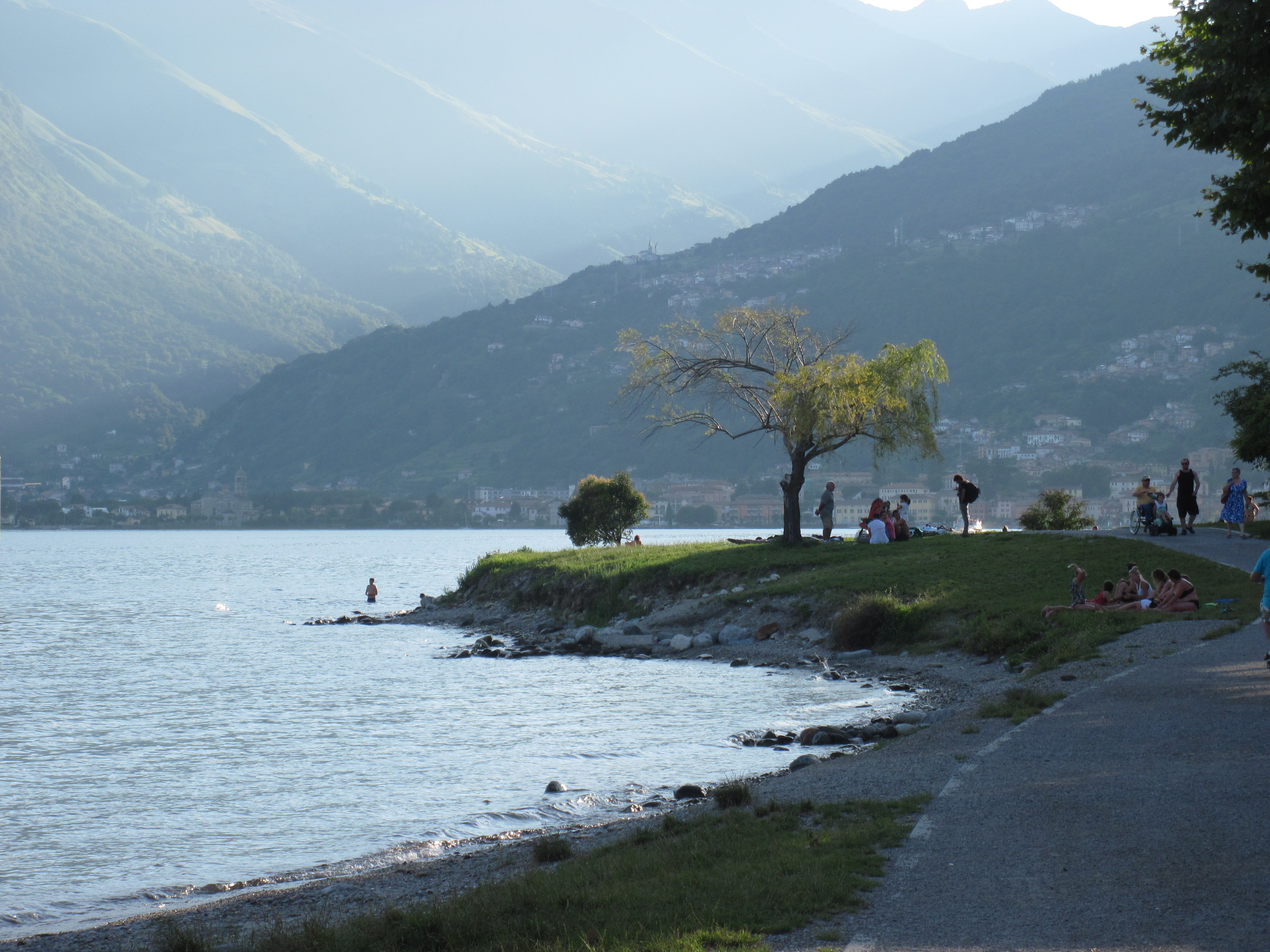 Take also note that if you cross all the lake and reach the entrance of Piona Lake (it is not another lake, but only an inner bay of Como lake), you will find that here the Breva can be up to 5 knots stronger than in the center of the lake, or in front of Domaso. This zone is also a very enchanting corner of the lake; it's almost wild.

The spot also works well with the winds from the north directions (generally much stronger than Breva, and up to 40 knots). The Foehn (NNW), which can blow at any time of day, when some particular weather conditions take place (see the website "Meteocentrale"), remains, however, a bit far from shore (you start to ride from mid lake up to Piona, on the opposite lake shore).

You have, also, the Tivano, a thermal wind from the north, blowing only early in the morning (usually up to 8.30 - 9.00), but generally weak here in Domaso (it's much better in Valmadrera). In Domaso, you can get also the North or the North East, generally blowing after the passage of low pressure (again check Meteocentrale, because they are generated from the same pressure difference that make the Foehn start). 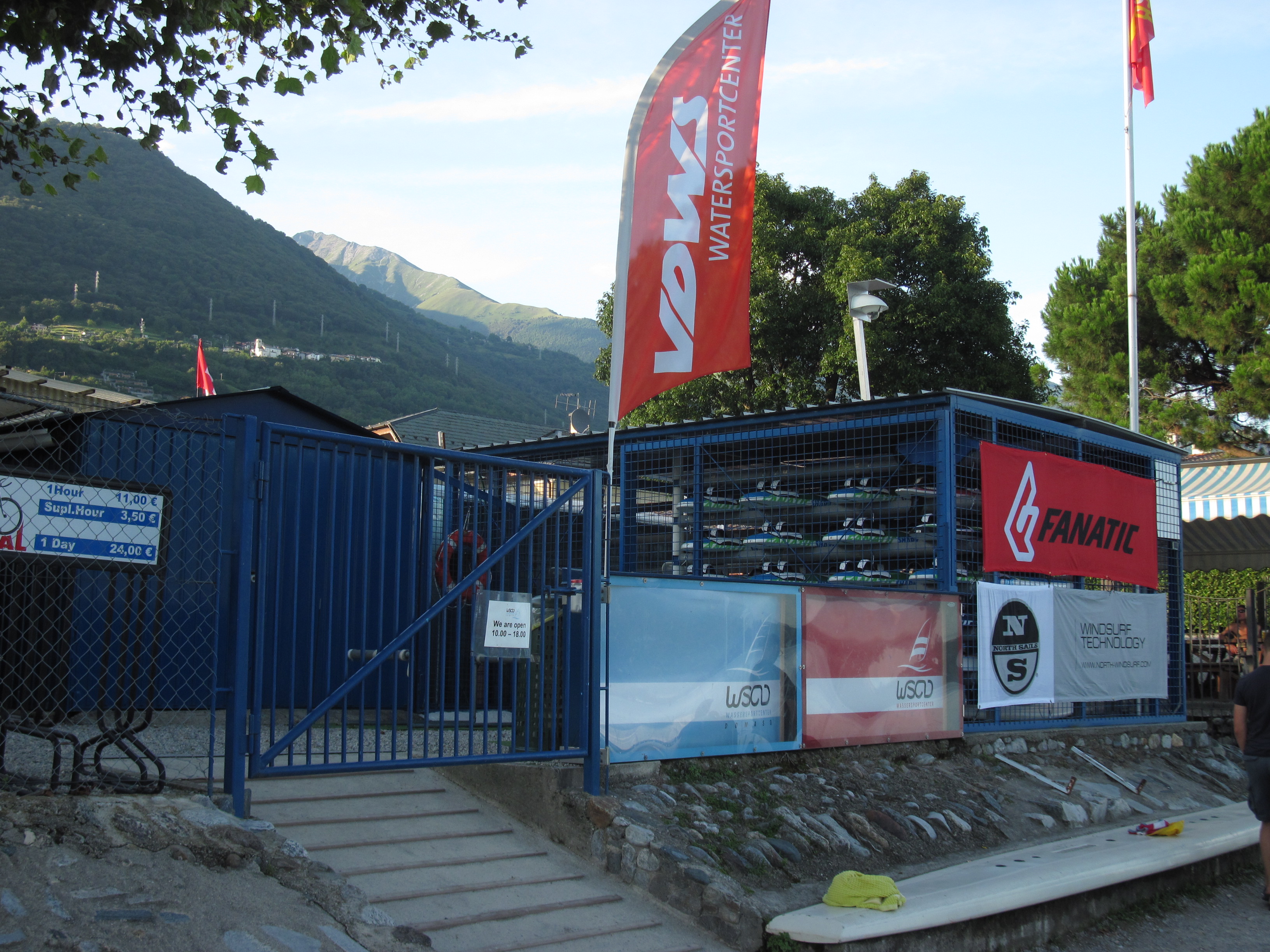 On the spot, you have the "WASSERSPORT CENTER DOMASO", a VDWS windsurf center kept by Swiss guys, where you can rent equipment, or take windsurf lessons. On their website, a webcam and a meteo station is also available.

To end this review, we really suggest to try this spot. For us it is a pleasant place where to surf, also because, in summer time, it can be nice and funny to here most people speak German or Dutch language, so that you feel on holiday abroad, even if you are still in Italy!

Here below, you have a video filmed on the spot with North Wind

And two videos taken at the spot with Breva (South wind)