The foehn had been missing for quite a while on Lake Como, but on Monday, September 24th, 2018, it made a great comeback, in a day to remember.

Despite the clear entry of Bora over the North Adriatic sea (which with the foehn does not agree), Lake Como, on Monday 24, has given more than 30 kts foehn wind for most of the day, and the spots that have worked better were Abbadia and Mandello.

As expected, also from Garda, news of a phenomenal day arrived, with a strong Peler, which lasted even until the afternoon, and which blew well also the Southern part of the lake (Tosko Bay on fire). 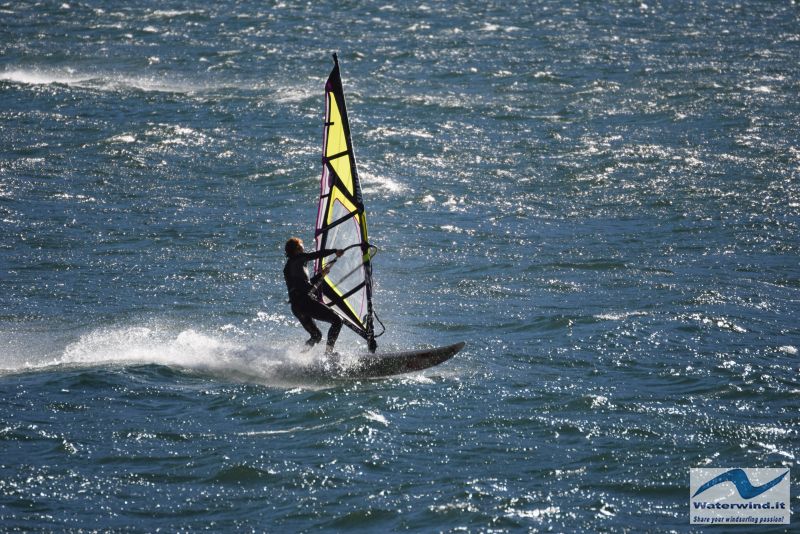 As for lake Como, I have definitely learned the lesson that Valmadrera (near Lecco), with strong foehn, works badly (really gusty wind and with continuous jumps of direction). Unfortunately, I had few hours, before going back to the office, and at 9.00 the wind in Abbadia had not yet begun to blow at best, so I tried Valmadrera (where it seemed already more constant), rigging the Ezzy Elite 3.7, and the Fanatic Quad (with a quad set fin), having already seen my friend Matteo struggling in the water with the 4.0 and 74 liters, and opening the sail under the worst gusts that almost sprayed the surface of the lake.

But Valmadrera in the water confirmed, in these cases, unworthy, with gusts good to fill well the 3.7, alternating with lulls in which there was to wait and float, on a 87 liters board (a nightmare).

Well, in the spots of Abbadia and Mandello, the wind began to blow at best around at 9.30-10.00, and for me, having time until about 11.30 to stay in the water, waiting would have been a risk. But the moral is now clear: with the strong foehn, you have to reach Abbadia or Mandello/ Oliveto (but also Bellagio would be to explore ...), and wait: either the wind enters well there, or better to go away (Abbadia and Mandello - especially the first - work best with a N-NW direction). Valmadrera should be considered only with weak foehn, which in Valmadrera reinforces because of Venturi effect.

Before returning to the office ..., around at 12.00 I headed to Mandello, to reach my friend Max, already on the spot.

On my arrival, the spot confirmed the spectacular conditions: regular chop of about 60-70 cm, and a very good wind, spread over the whole lake about at 30 knots. A great show.

In the water, however, given the poor availability of parking, a reasonable number of windsurfers (added value!).

Among those present, Michelino, a young talent of Lake Como.... who is more than sixty....., who wears a white wig just to look younger.... In a few years we will hear about him .... As said, also my friennd Max was there, with the Ezzy Elite 4.2 (see video below), and other well known faces. 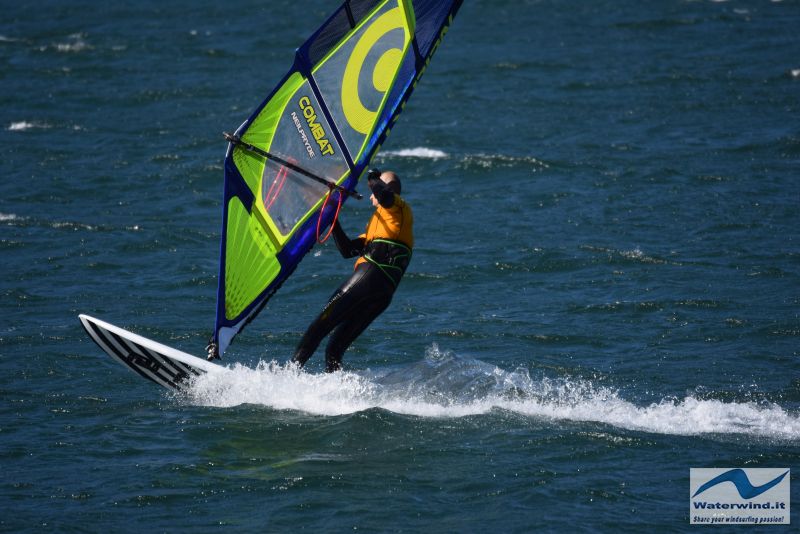 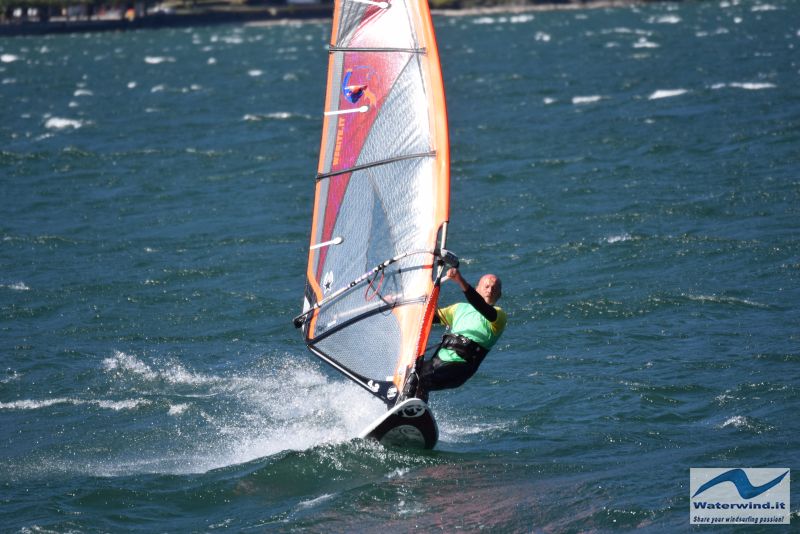 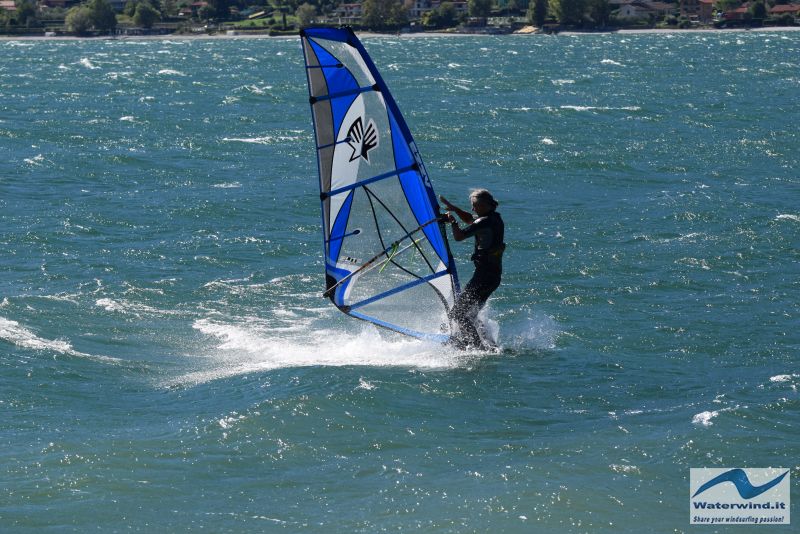 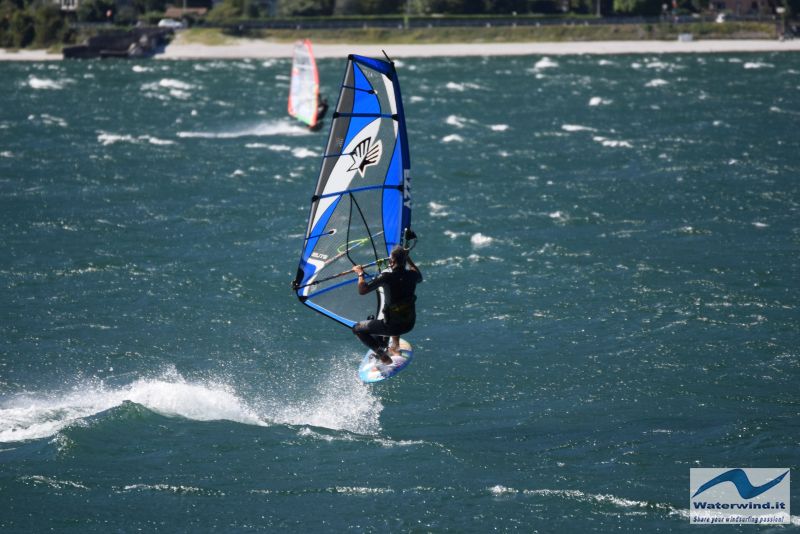 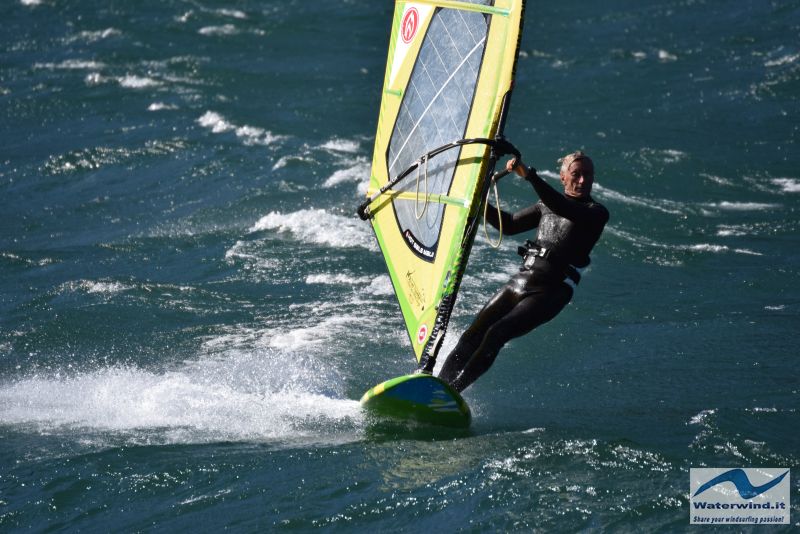 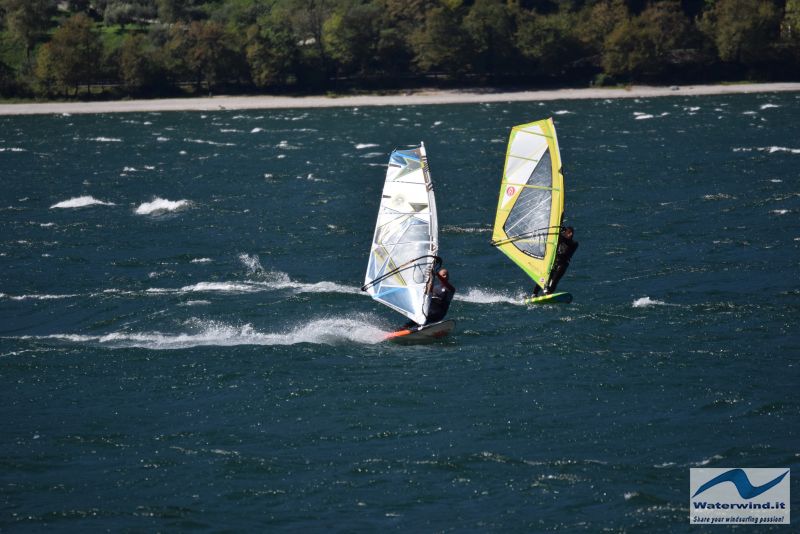 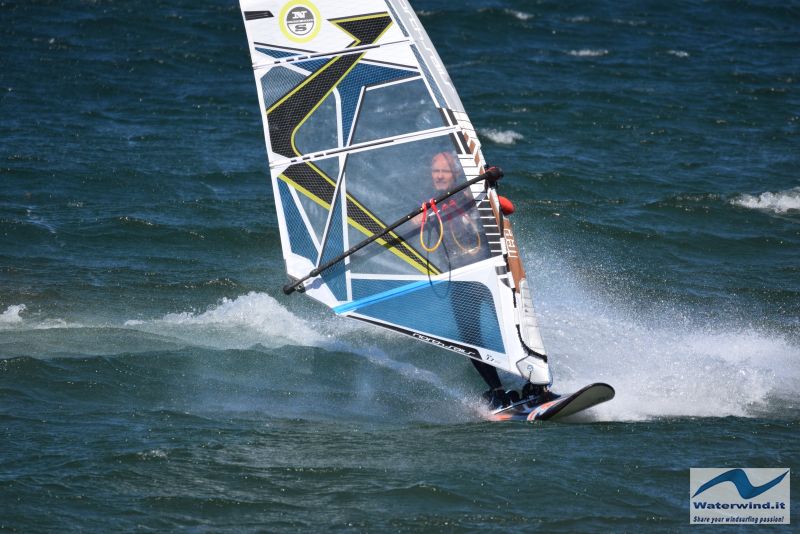 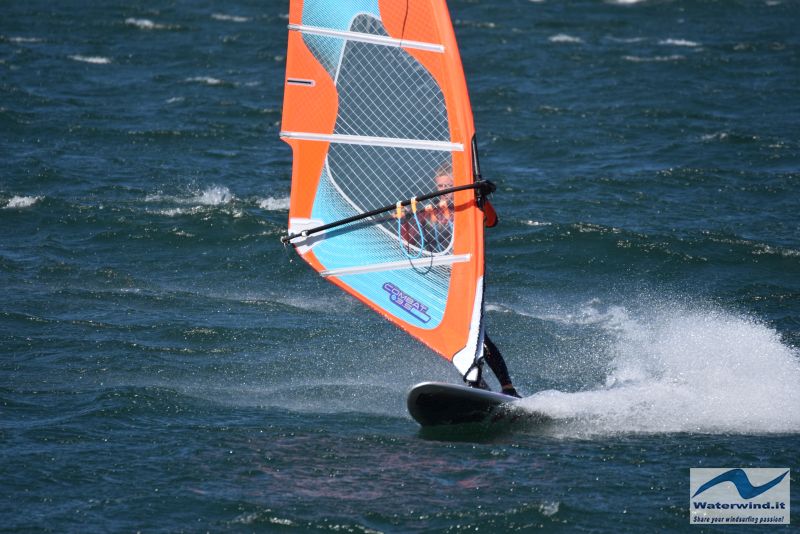 Mandello fascinated me (even for the beatiful landscape), and I'll be back soon to try it (I also would like to check the possibility of beginning the session, if early in the morning, even from the beaches of Oliveto Lario, on the opposite lake side, which is soon illuminated by the sun).

At 12.40, I left Mandello, almost with tears in my eyes ... (and only those who are windsurfers can understand).

Click here, to enjoy the wide slidegallery of the day.