Sardinia is a magical land for windsurfing, and not only for it. Bruno, a freelancers of ours, introduces an East Coast windsurf spot, which he tested during his last summer holidays.

Hi to everyone. I would like to share with you one of the most striking spots of Arbatax, on the East Coast of Sardinia.

The spot is just at North of the port of Arbatax, and you'll find it once you passed the Ponente Beach (or even the so called first Beach of Capannina, or the Cartiera Beach); you continue north for about a kilometer, you go furher La Capannina restaurant, and also further the entrance of the Ittiturismo La Peschiera. 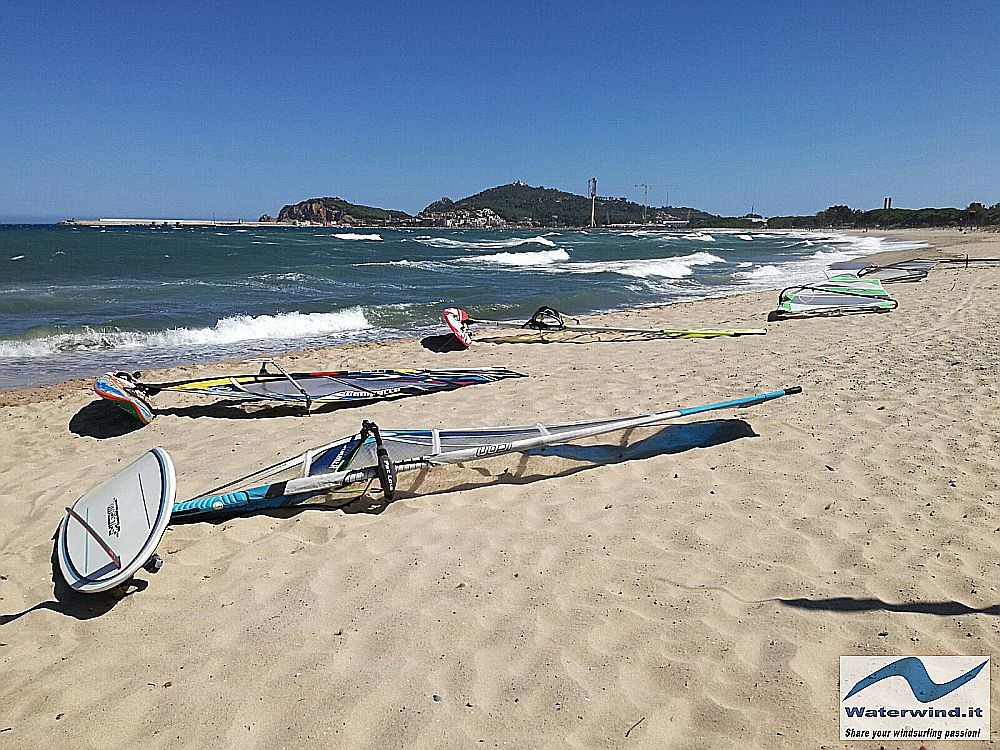 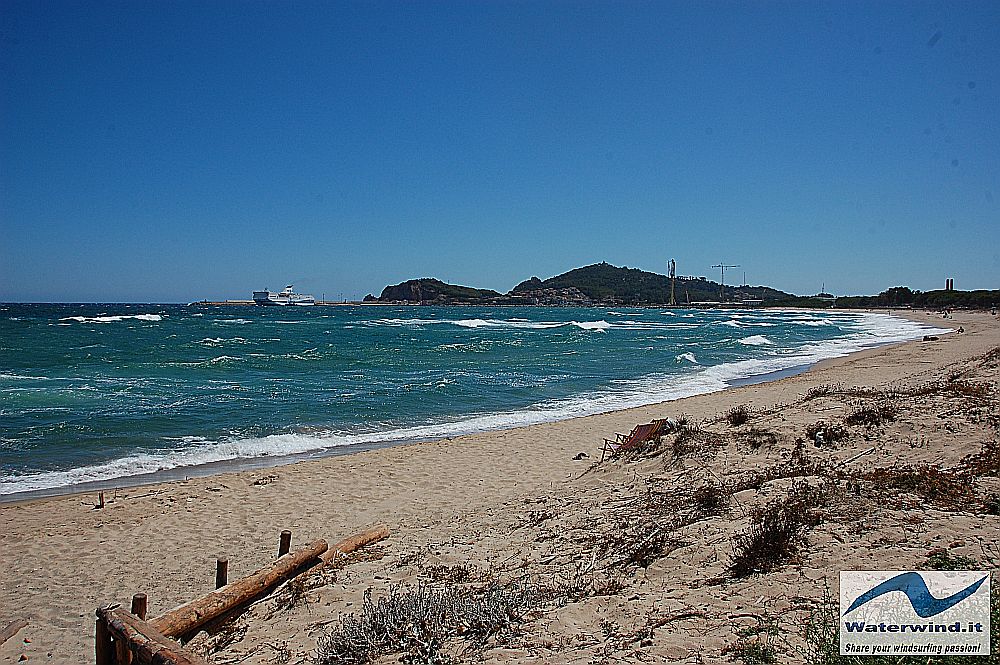 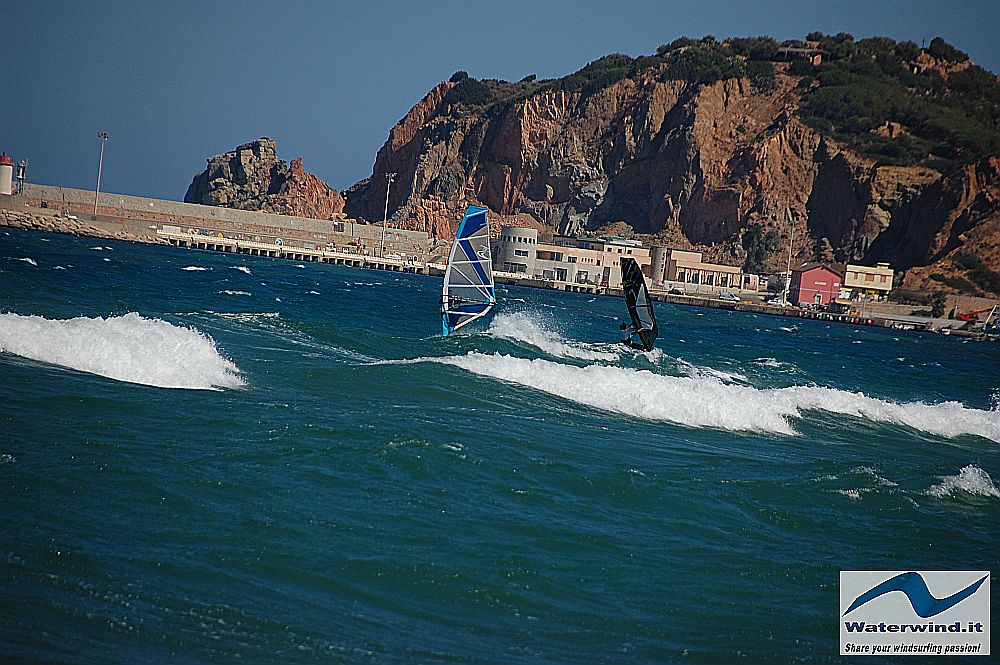 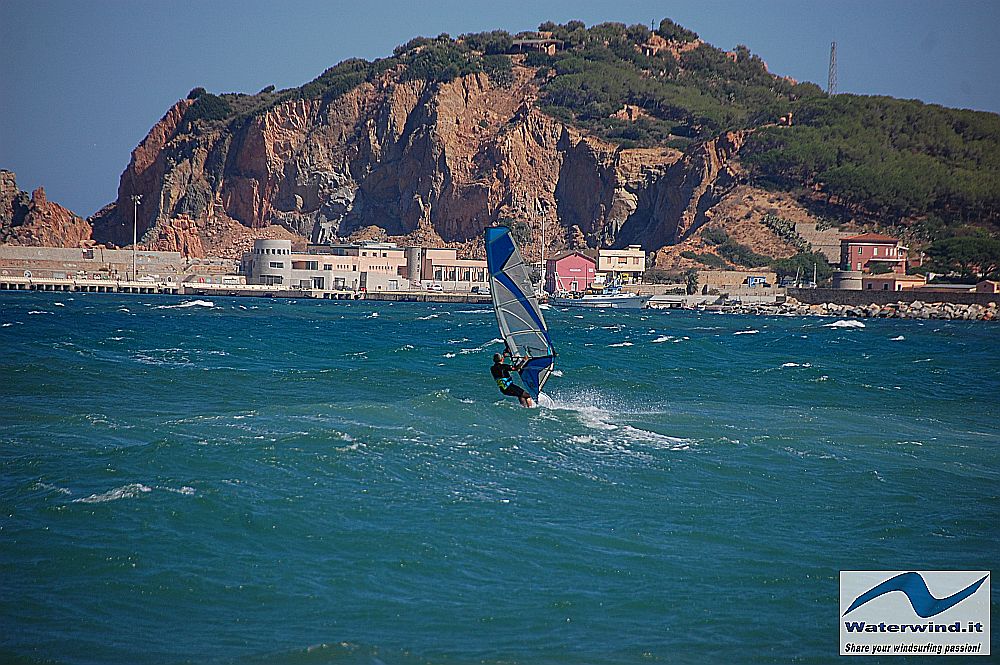 You can comfortably assemble your equipment close to the car, since there is a large parking lot at this point practically above the beach. Within walking distance, there is a very useful kiosk/bar for refreshing breaks.

The spot is located in a predominantly sandy bay, so without great dangers.

At north, you have Santa Maria Navarrese, and at South, the port of Arbatax, just under the "Rocce Rosse" (Red Rocks) of Bellavista Cape.

I discovered this wonderful spot during my August holidays, thanks to mythical local rider Valter Cardia, and his fantastic friends, who immediately welcomed me as one of them. We have surfed in this spot for two consecutive days, with North East wind of 25-30 knots, and  waves of about one and a half meter. 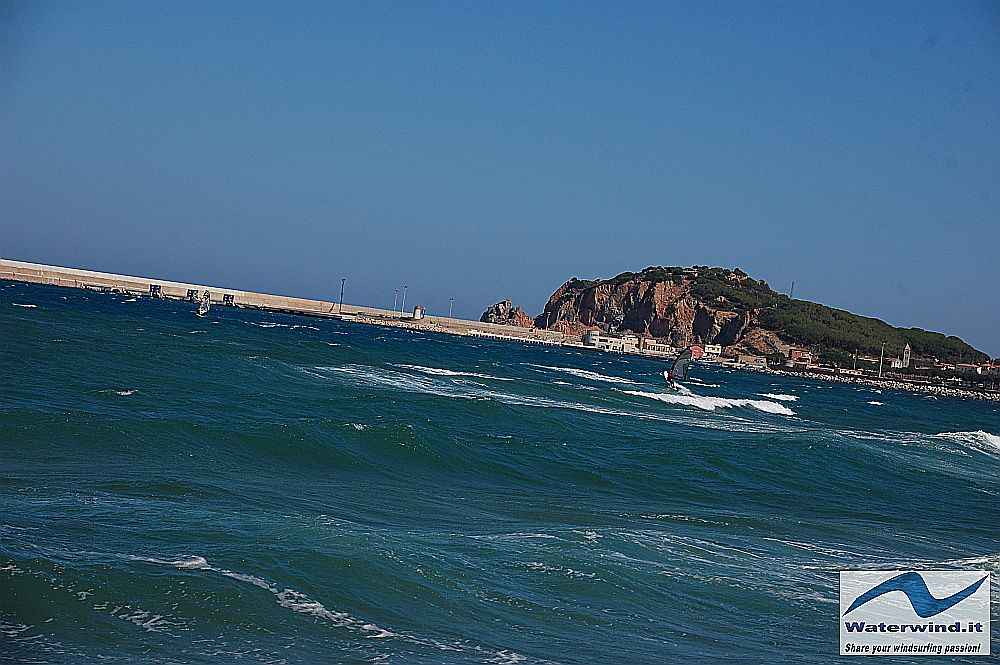 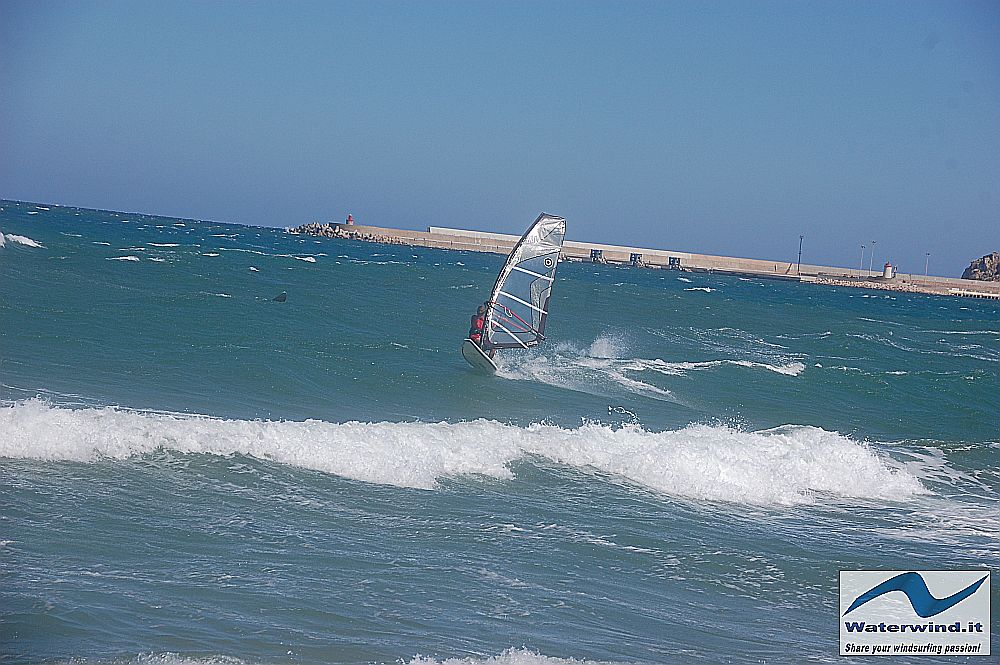 With NE, you start at the entrance of La Peschiera Ittiturismo, sheltered by breakwaters on the left, with Side-Onshore wind from the left, which helps you to easily overcome the initial shore-break, heading towards the entrance of the port for about a km; given the current that drives you towards the sandy beach, you will abundantly remain downwind of that entrance, without any problems in case you have troubles.

An "unpleasant" aspect (but just for beginners - editor's note .....) is a shallow waters area where waves rise when you are about 100/200 meters from the starting point and where, if you are not good enough, you run the risk of falling. Obviously, because of my level, I almost fell at each time, with a consequent wipe out. But it was practice anyway. Instead, the local riders, like Maurizio Mulas, got by wonderfully. 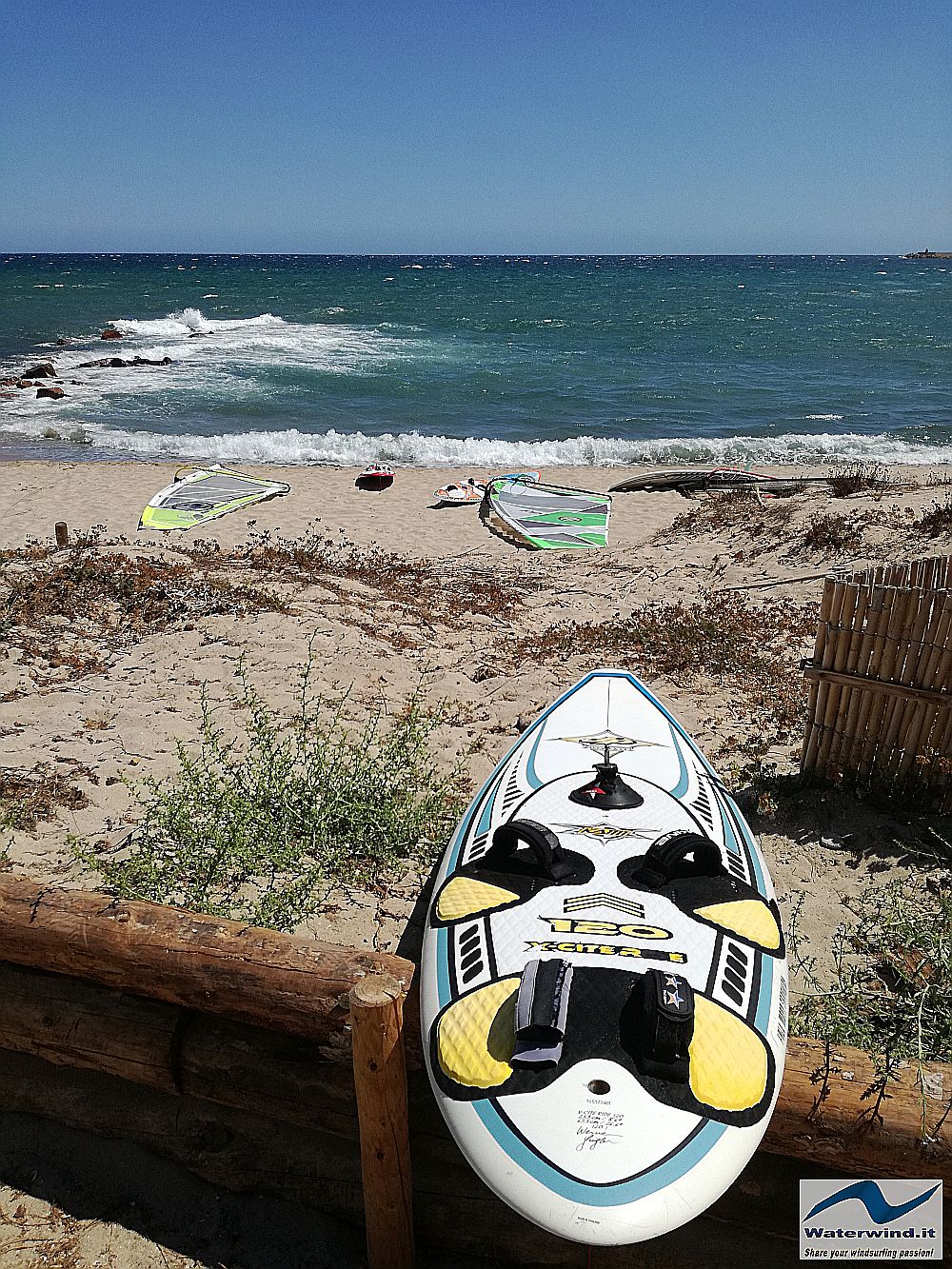 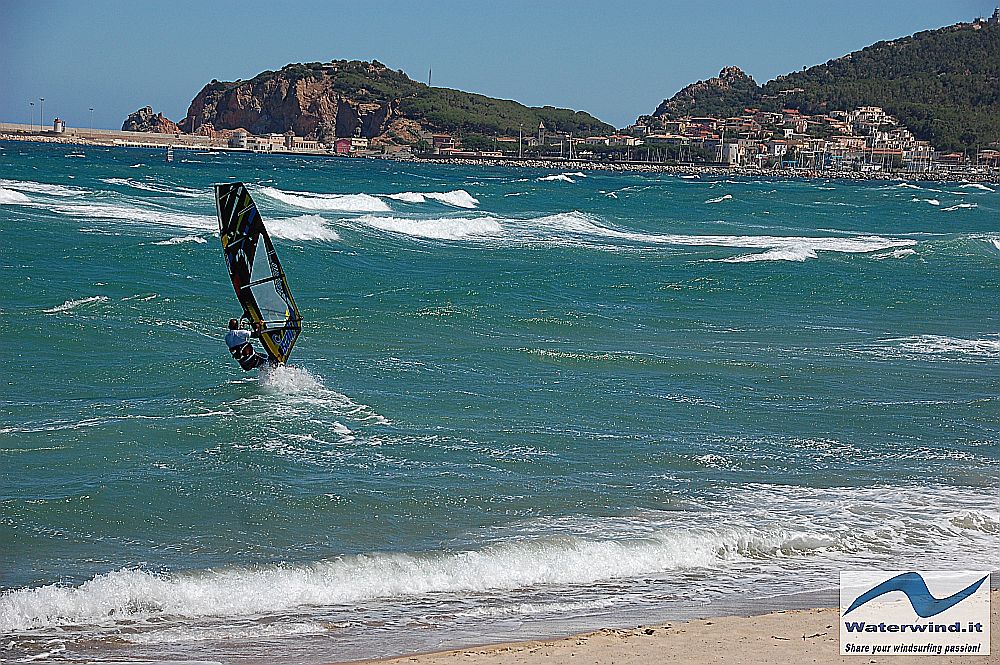 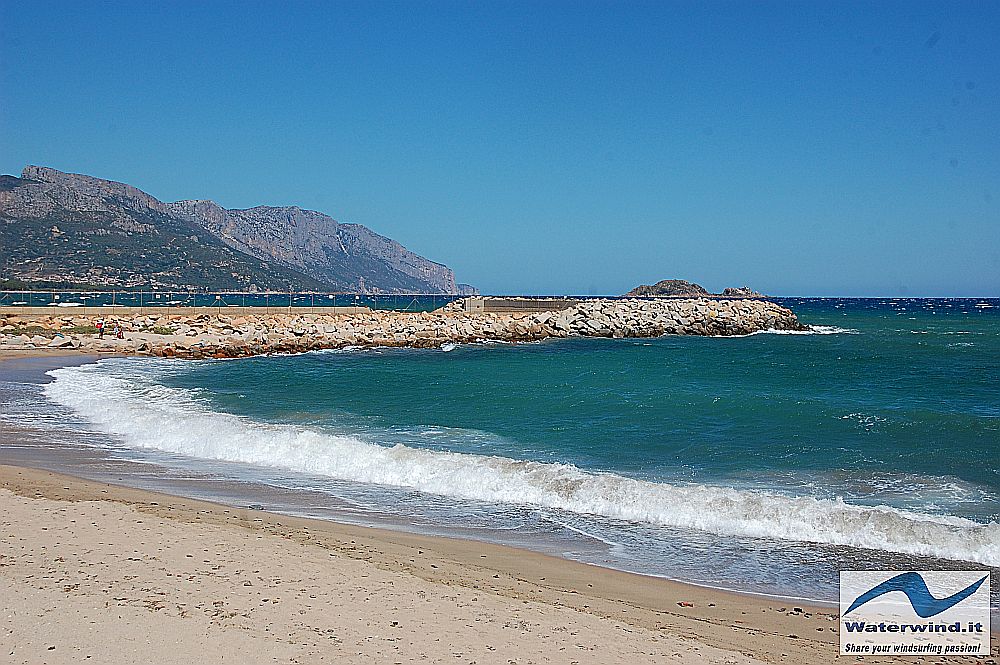 With southern winds, the local riders prefer to ride at Museddu (read spot review on this website), at Cardedu beach, near Barisardo, because South of La Capannina spot there is Bellavista Cape which stops winds coming from South.

What to say ... Windsurfing among the foaming waves of this blue sea, with the view of Ogliastra island on one side, and the colorful harbor houses on the other, under the famous Arbatax Rocce Rosse, is something unique .....