San Teodoro, with South East wind, is a spot with high fun factor! Some friends had talked to me about it, and on the occasion of a recent Sardinian trip, I had the opportunity to confirm their opinion, with two memorable sessions.

After the first two days at Porto Pollo with West wind (read report), on, Monday 24th and Tuesday 25th, we moved to the legendary La Cinta beach (read here spot review), at San Teodoro, being the wind turned from Sirocco (South East).

The 24th began in the best of ways, with a visit to the spectacular Capo D'Orso promontory. The top of the promontory is dominated by the famous granite rock, worked by the wind, and the saltwater, shaped like a bear. From the summit, you enjoy an incredible view over Palau, La Maddalena and Caprera islands: a breathtaking spectacle. 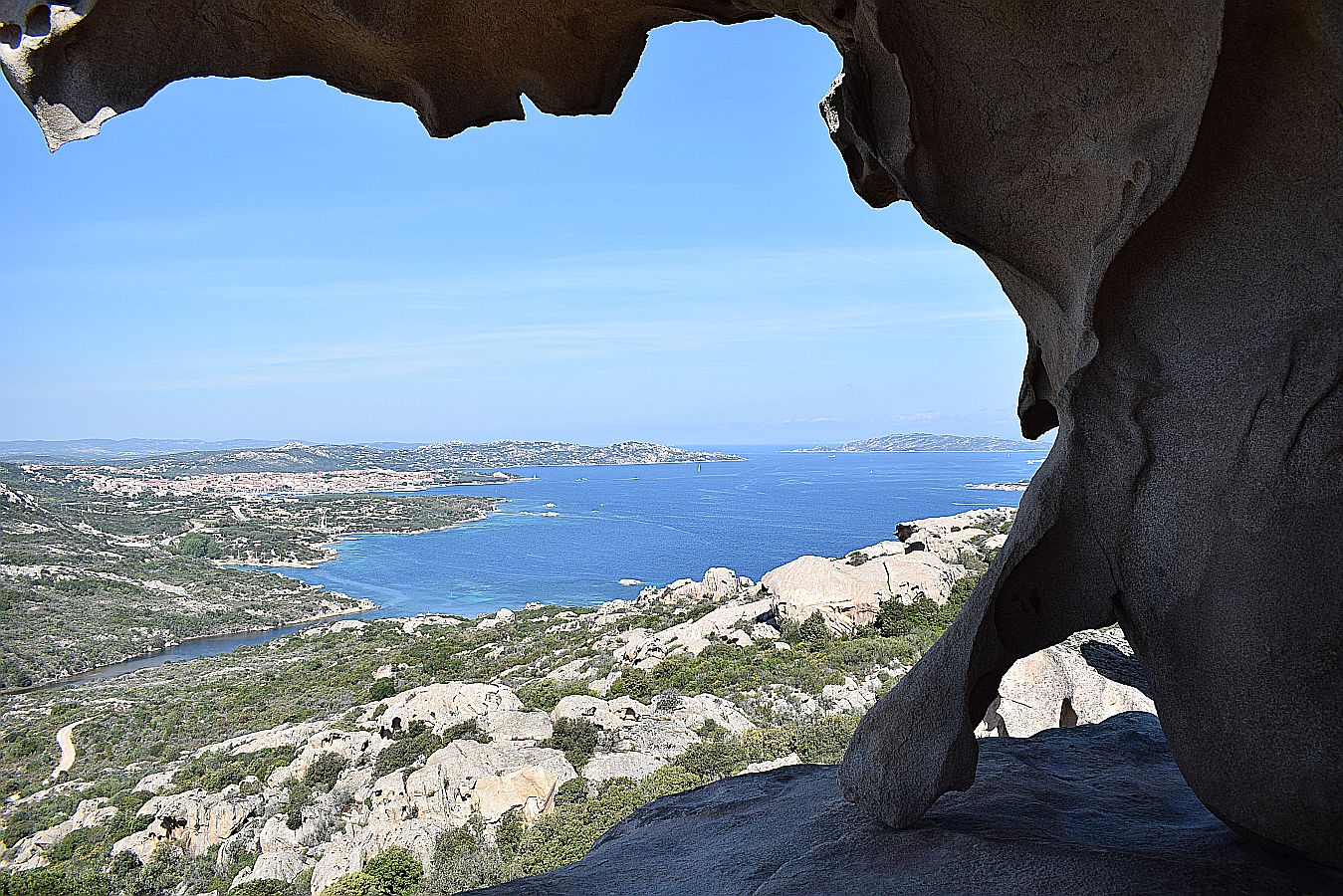 Already at the top of the promontory, some gusts from Sirocco are blowing in, and over the sea to the east it seems already well spreaded. The hurge to hurry up to San Teodoro becomes no more bearable.... I arrive at San Teodoro, at 13.00, where I meet with my friends.

The bay is immense and beautiful, with fine and white sand, and Caribbean water ... It's a warm, beautiful sunny day. 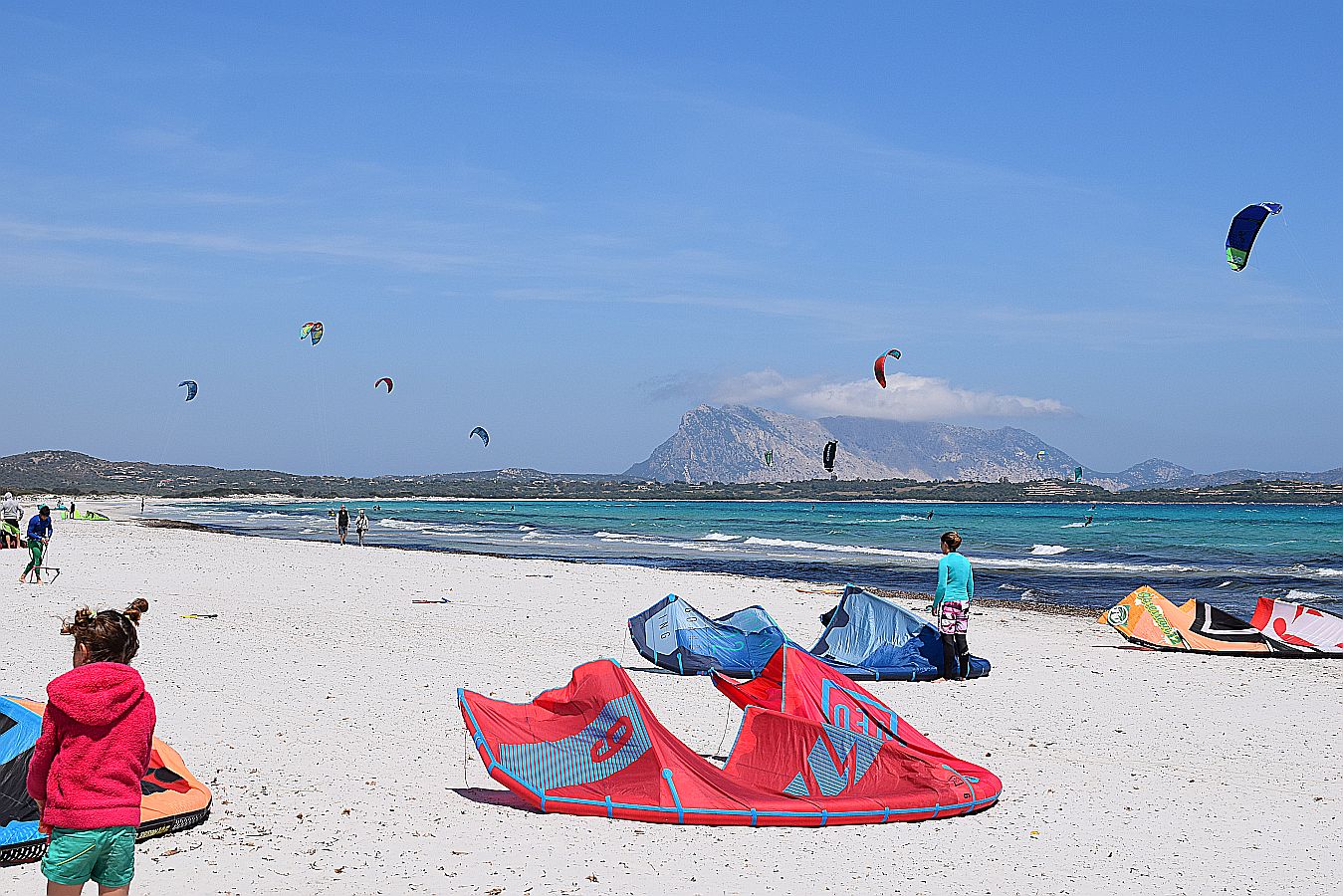 The wind, measured with the anemometer, is about at 20 knots. The direction is side/onshore. The sea bottom remains low for about 60 meters, and the shorebreak at 13.00 is low. On the shore, a bit of algae spotted by the sea. I choose the Ezzy Tiger 5.5, to be matched with the Tabou 3S 106 LTD 2013, with standard fin. It's pleasantly warm (we're abundantly above 20 °C). 5 mm wet suit (but a 4/3 would almost be ok), bare feet and head, short gloves (only because after two days with bare hands, at Porto Pollo, I have my hands full of blisters ...).

Few meters of riding are enough to figure out that I'm in a great spot. The first two/three hundred meters from the shore are characterized by a foolish emerald green water. It seems to surf in a pool. The wind is side-on, and so beachstart is very easy. Offshore, I soon realize that there are regular and not very high (1 - 1.5 meters) waves, which are beautiful, long, and generally not breaking. There is space for everyone: about 15 windsurfers, and about 30 kitesurfers, who are mostly downwind. They start from the center of the bay (i.e at north). 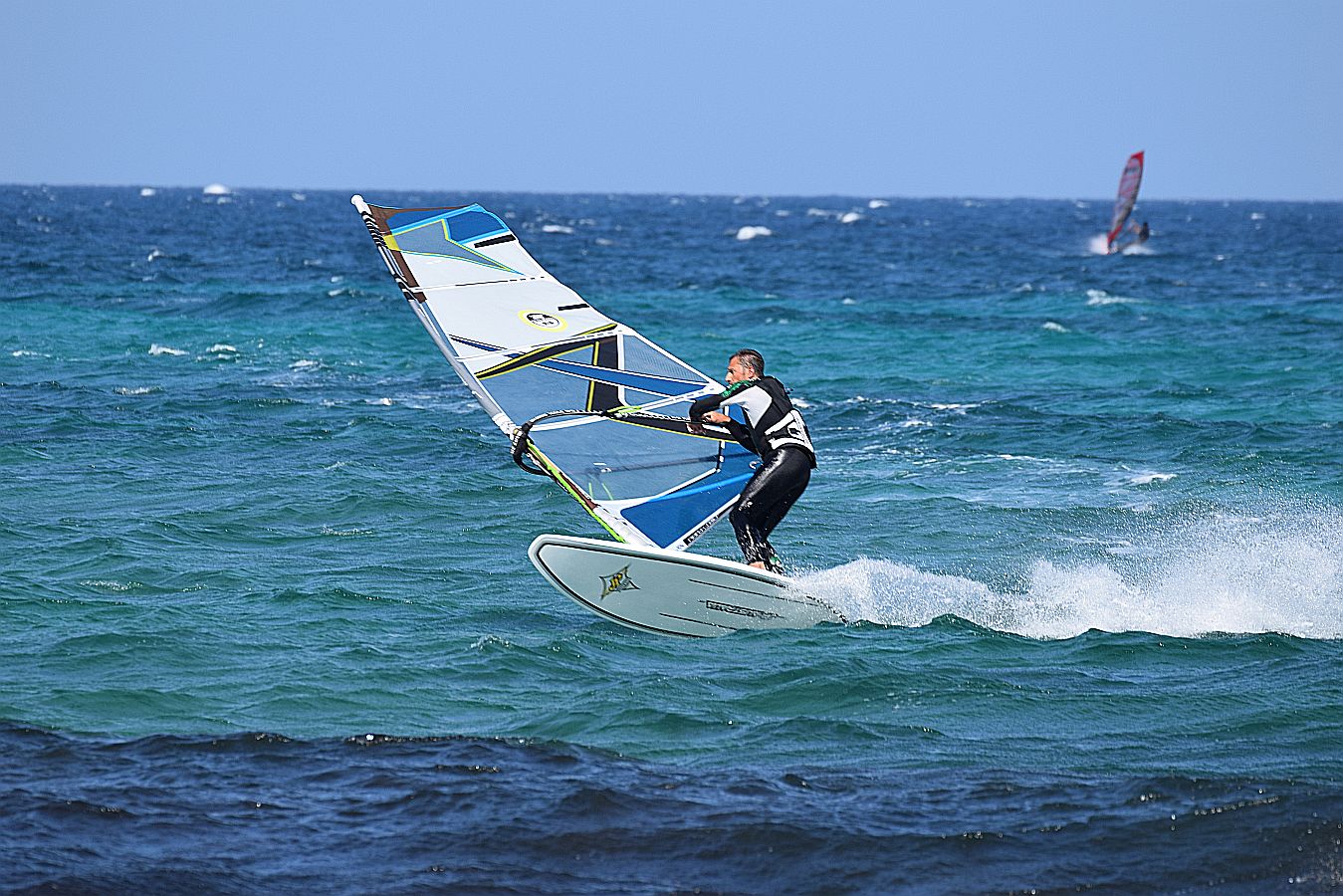 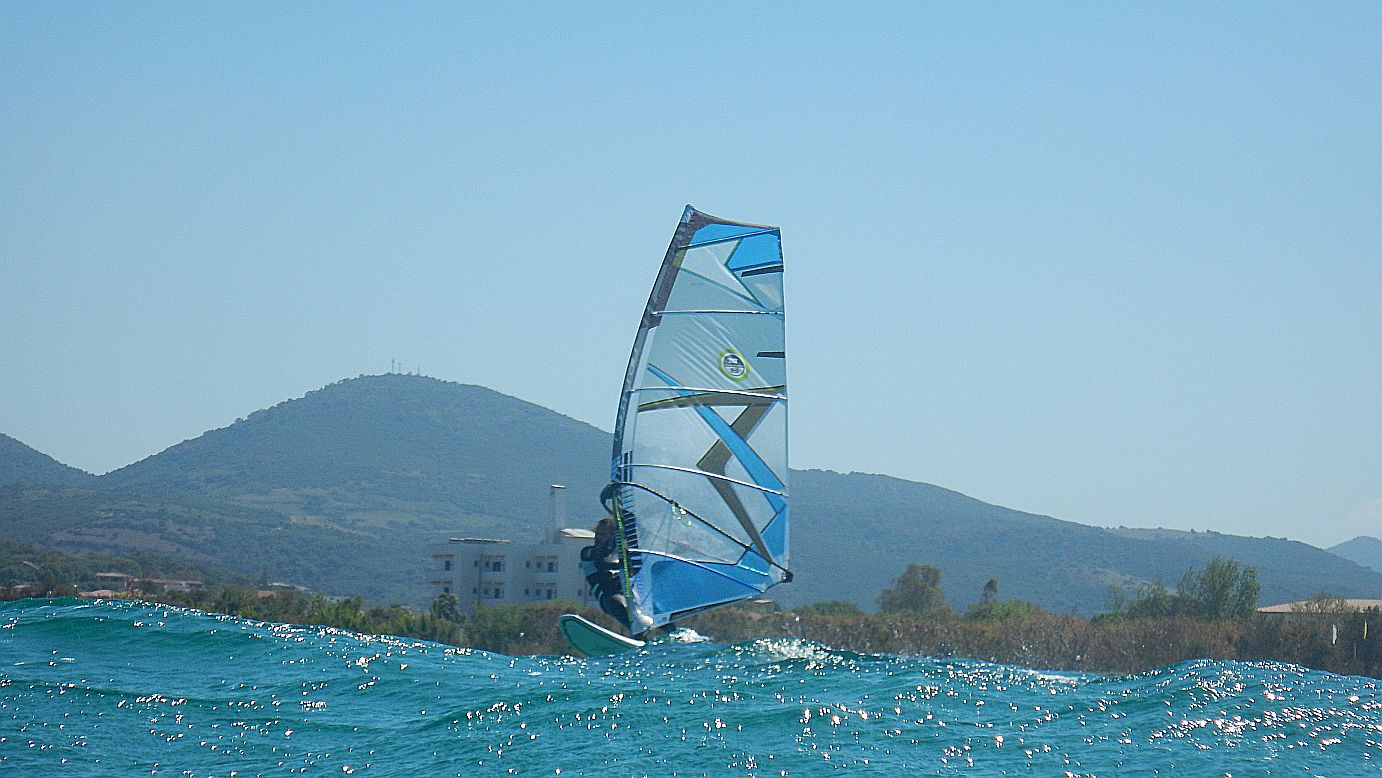 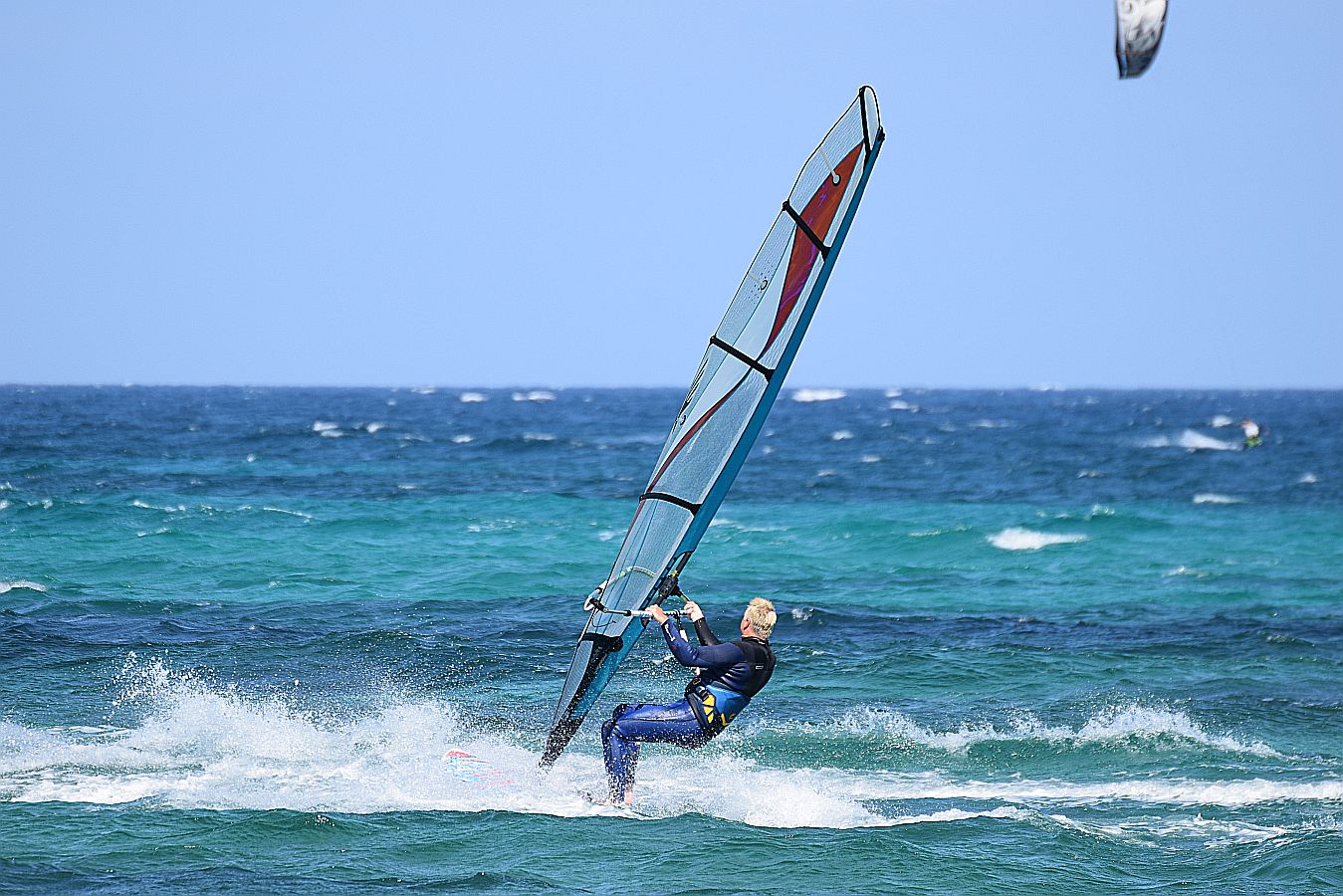 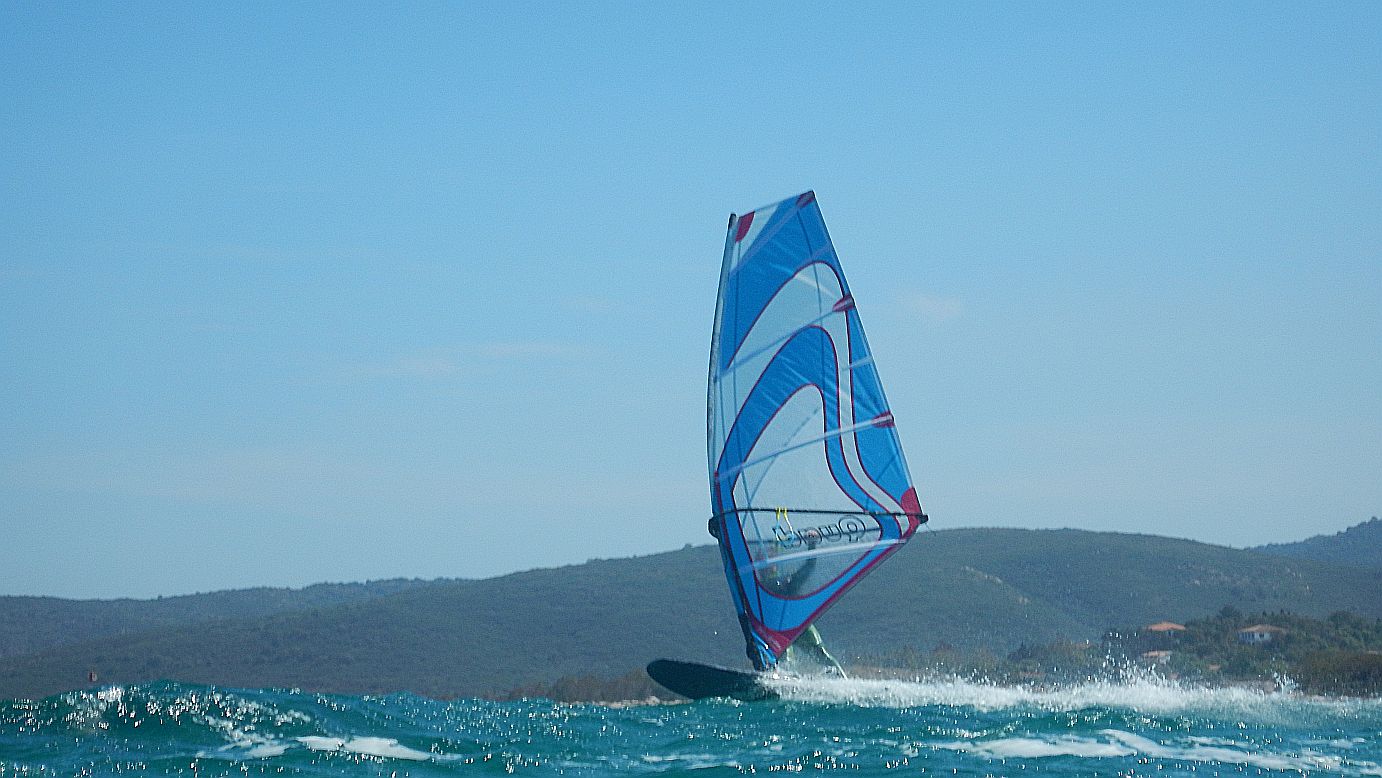 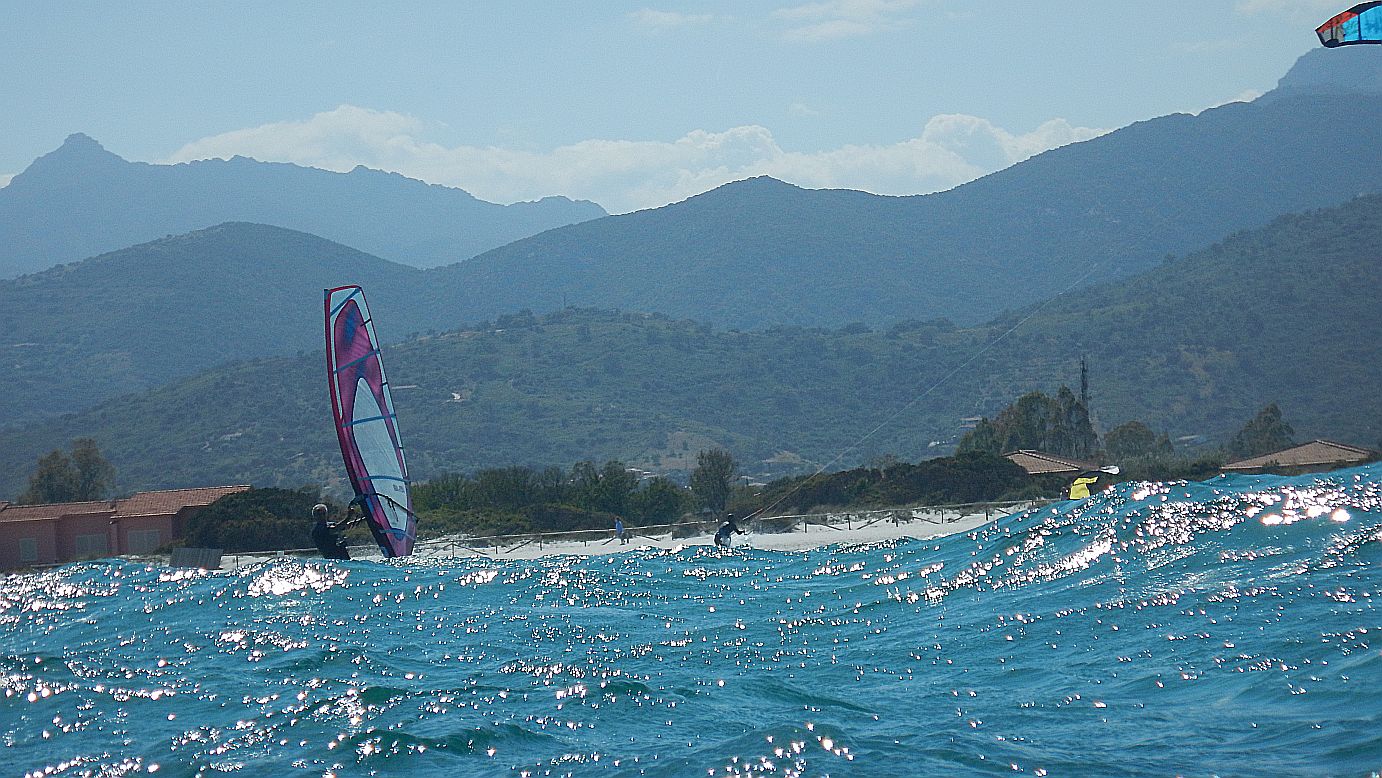 The wind is just the right intensity, for a long lasting session, in full relax, and to do all the experiments you want. Above all, it is incredibly constant, averaging 20 knots, and with gusts not exceeding 25. During ride, you do not have to make too much stance adjustments, and you do not get tired. A dream .... I'm right powered with the sail.

When you ride towards offshore sea, you can place nice jumps. Offshore the waves begin to get higher (they are, however, always fairly regular), and they almost always exceed one and a half meters. Even on the way back to the beach, riding is a pleasure, because after checking the presence of other riders downwind, you can surf in backside, riding down quite a lot from the wave. A libidin. Moreover, 100 meters from the shore, steep waves of a meter rise, funy to surf. I feel calm and safe, and I enjoy the exit without experiencing the slight tiredness. 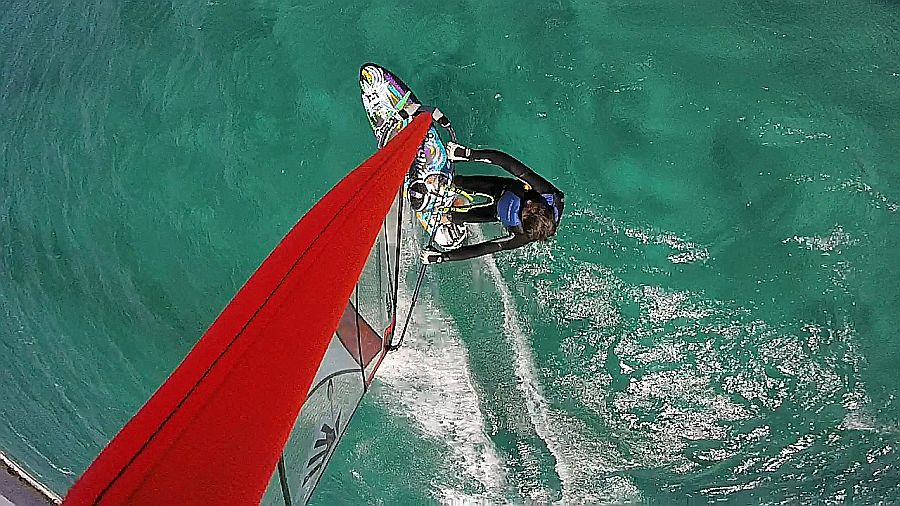 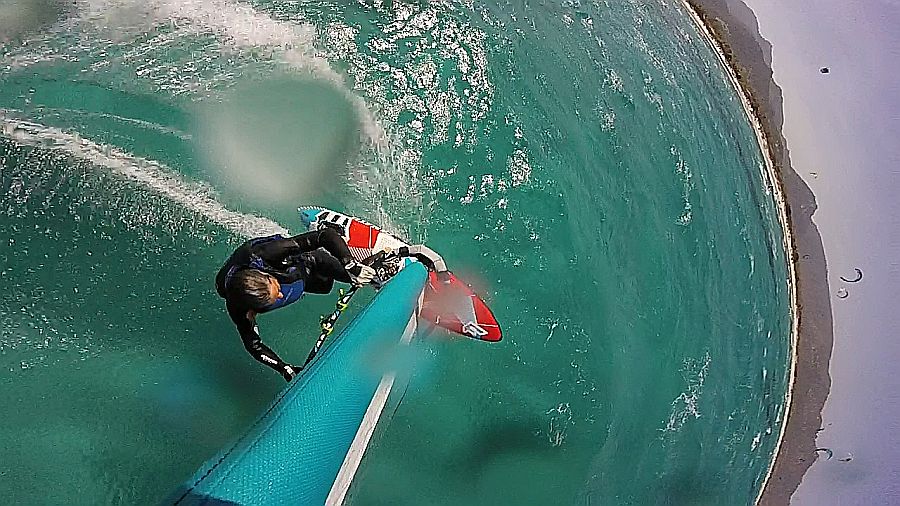 I decide to change board, but not sail, and to pass to Fanatic Triwave TE 86 2013, to try it in single fin set (I borrow the 22 cm freewave fin from Tabou 3S 86 I still own, but I am going to sell), considering the conditions, basically Bump and Jump (the next day, always here at San Teodoro, I will use all day this board in trifin trim). By anticipating here the impressions on the comparison between the two settings, I have to say that as trifin (central fin completely back, and thrusters all forward to get more grip) the board seems more free in direction changes, but still keeps the track while riding (with the correct stance). However, I also like it in single fin set, at least in conditions like today, without being too much penalized in direction changes. I just have to understand, if the board, with single fin, is a bit faster (for less water resistance) than with the trifin set. Anyway, at the moment, I do not feel a particular need to handle it as single, but I will try again to understand it better. 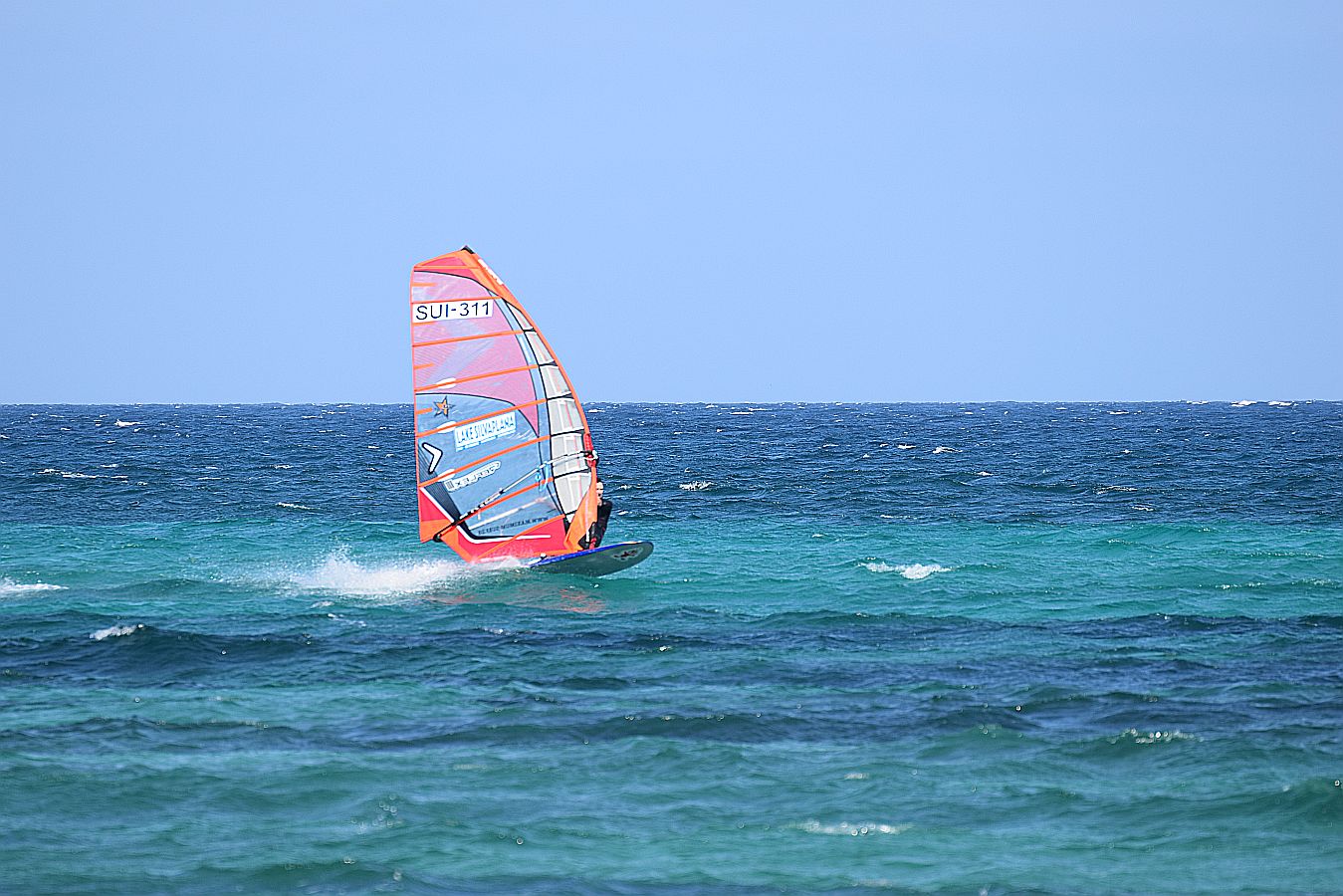 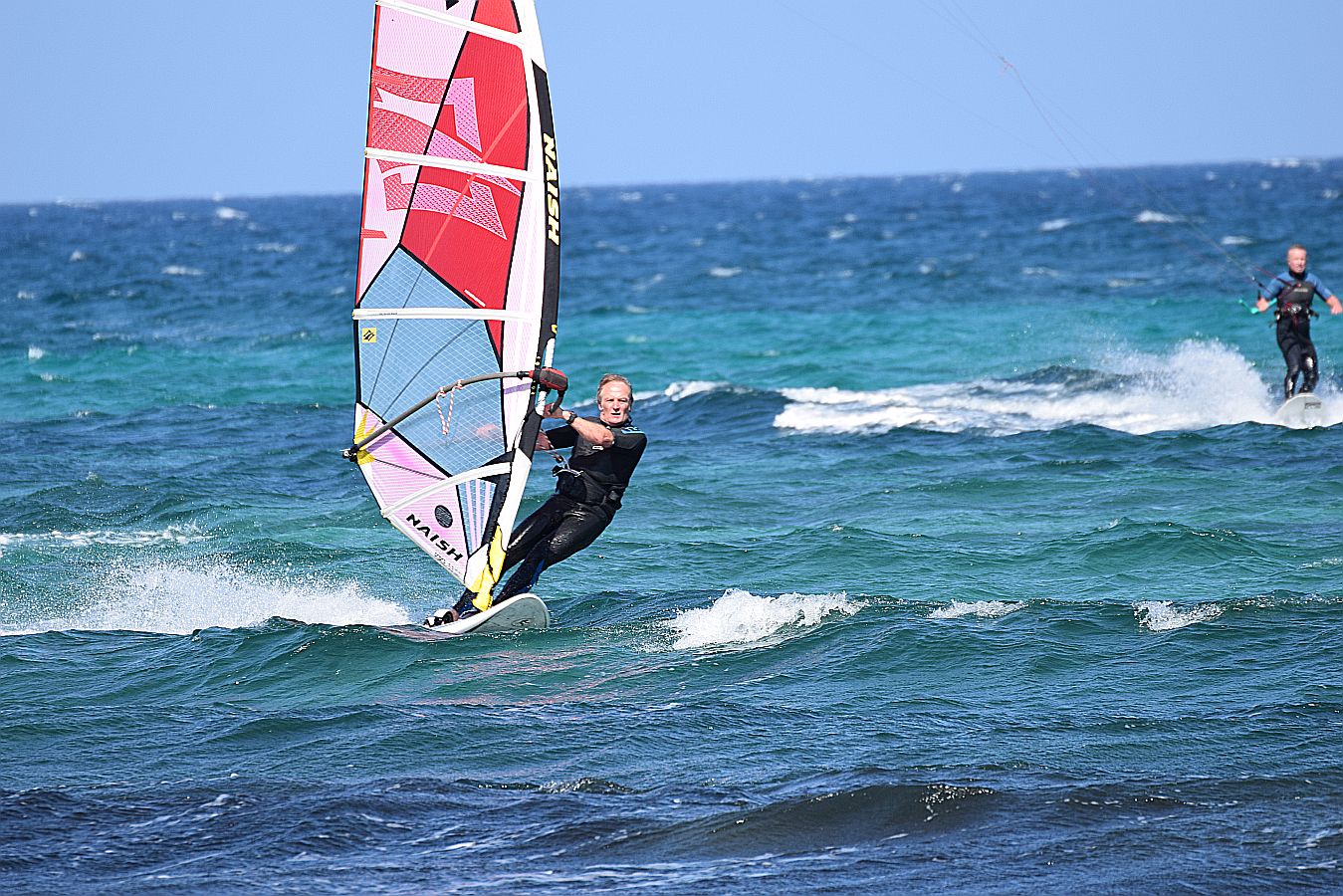 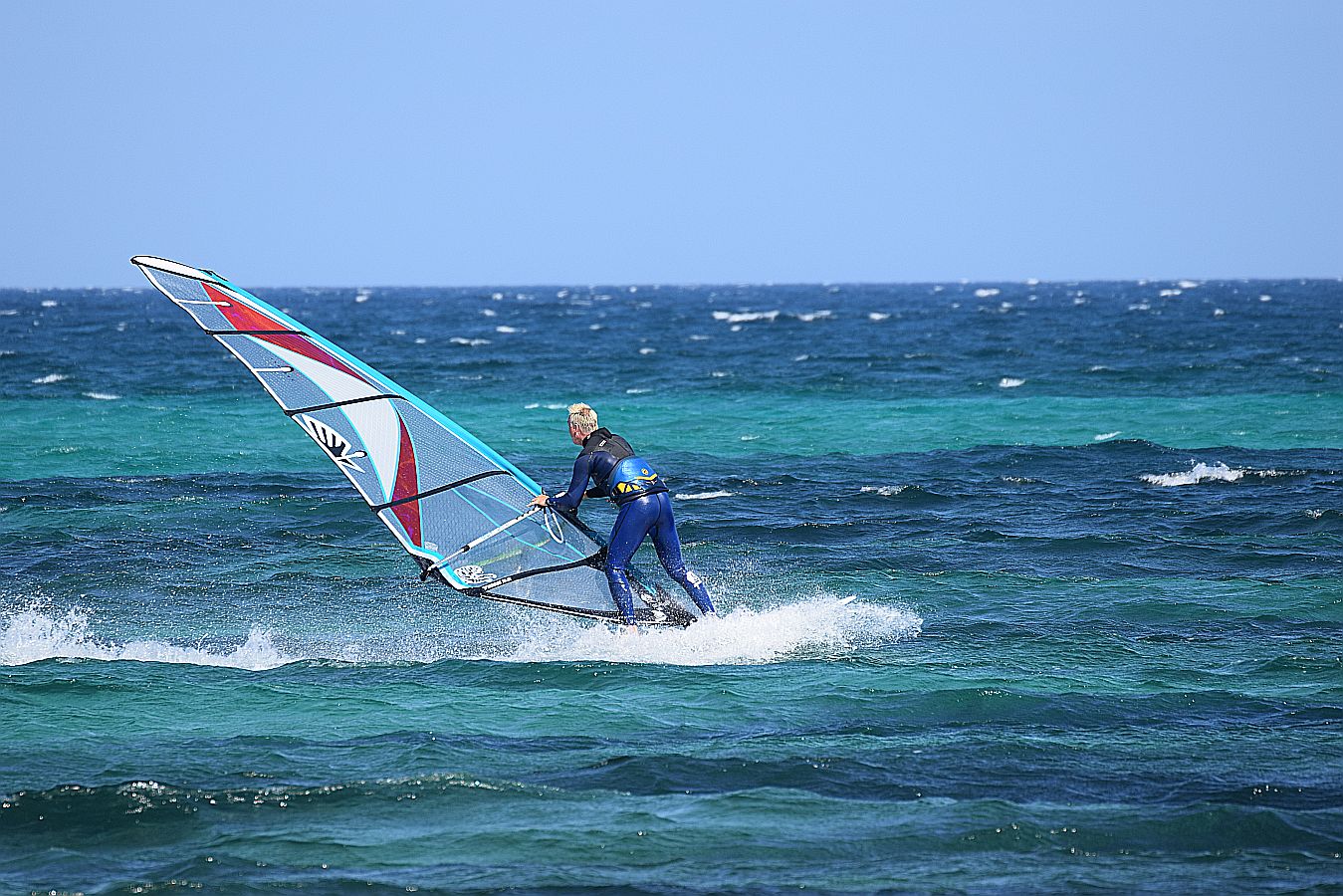 At 18.00, me and our friends decide to stop. We go to explore the Murta Maria spot (it's 19.30, and riders have all gone away). The sunset on the inner lagoons is fascinating. We take a beer together to say cheers for this great day. 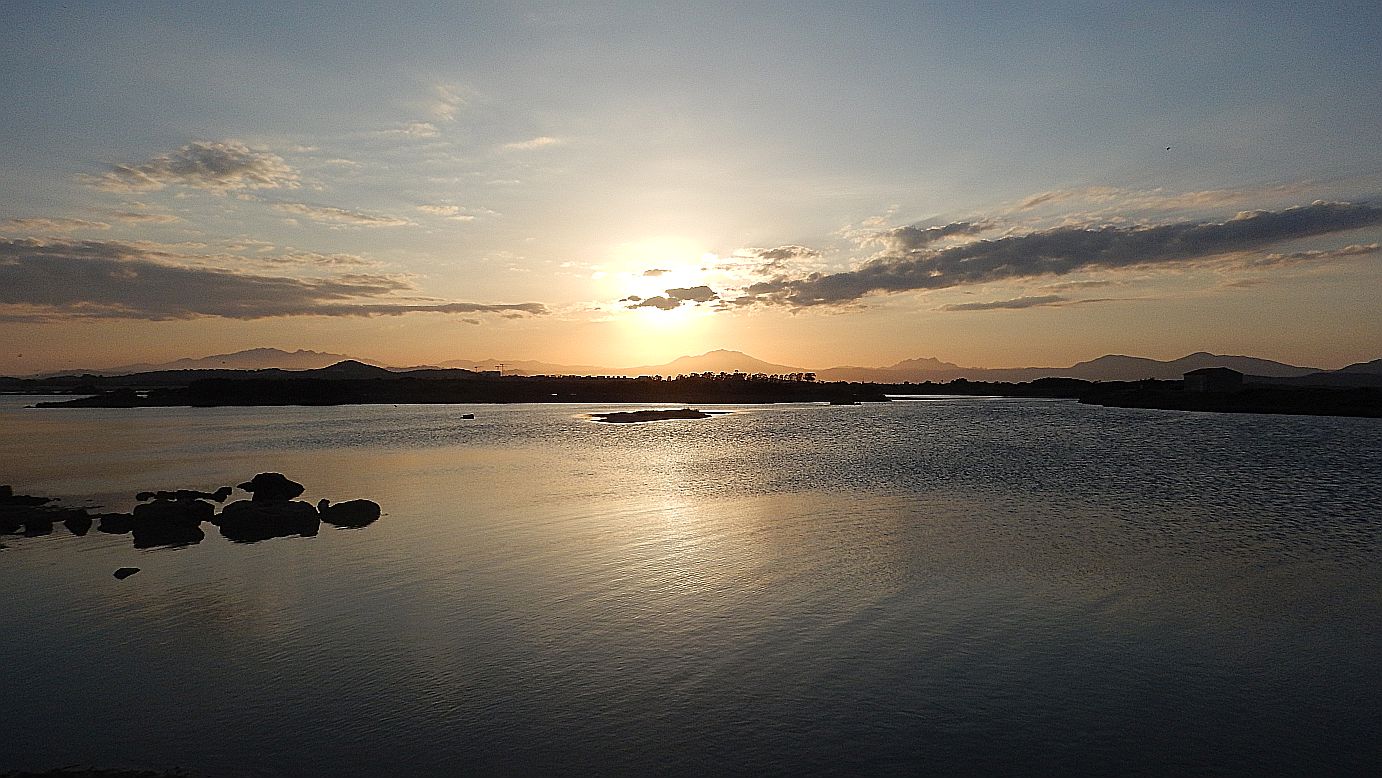 The next day the show goes on again.... First, I take a trip to Porto Cervo and Costa Smeralda, to take advantage of the tranquility of the period (on August is quite a problem to go there9. The coast is wonderful, and Porto Cervo suggestive. I also go to Porto San Paolo, to best take a picture of the amazing island of Tavolara. 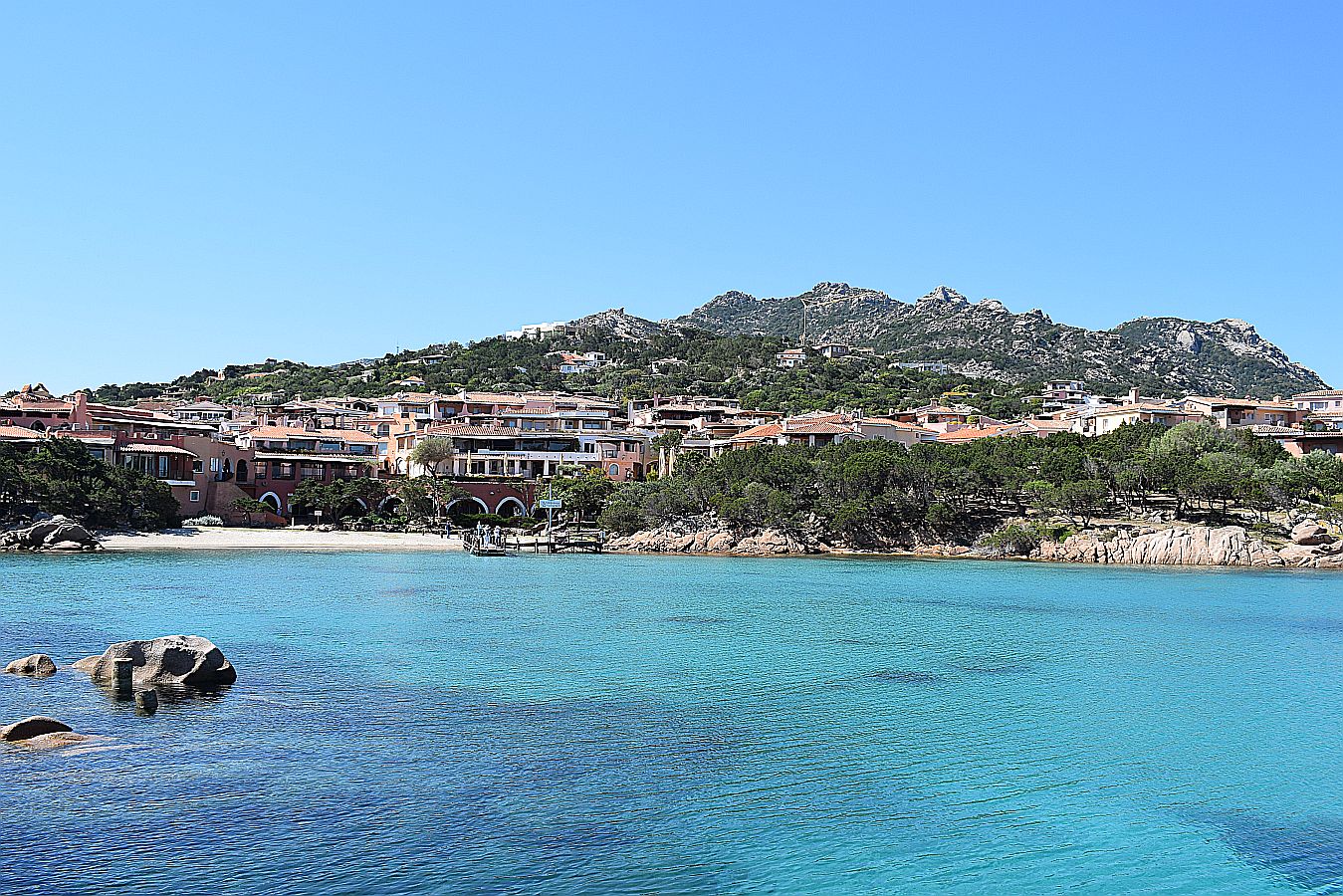 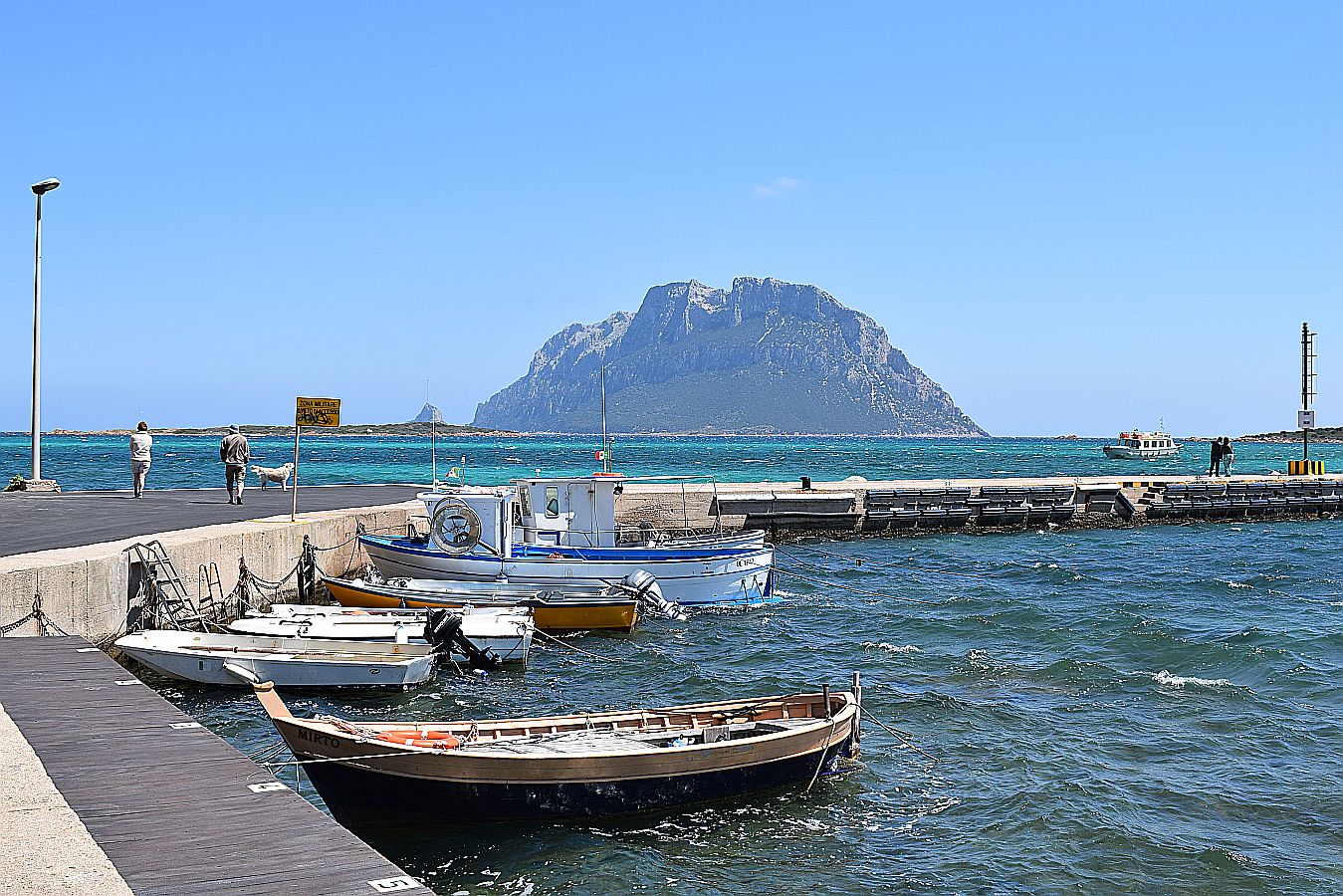 Today, forecasts give even stronger winds, but both windfinder and windytv generally underestimate wind intensity, and it is never easy to understand how much wind will actually blow over the spots. I rig the Ezzy Elite 4.7, having measured about 25 kts as average, with gusts not much higher. As for the board, I immediately opt for Triwave, set as trifin, but I also prepare the 3S (which will stay in the car all day long....). The magic of the day before repeats.... 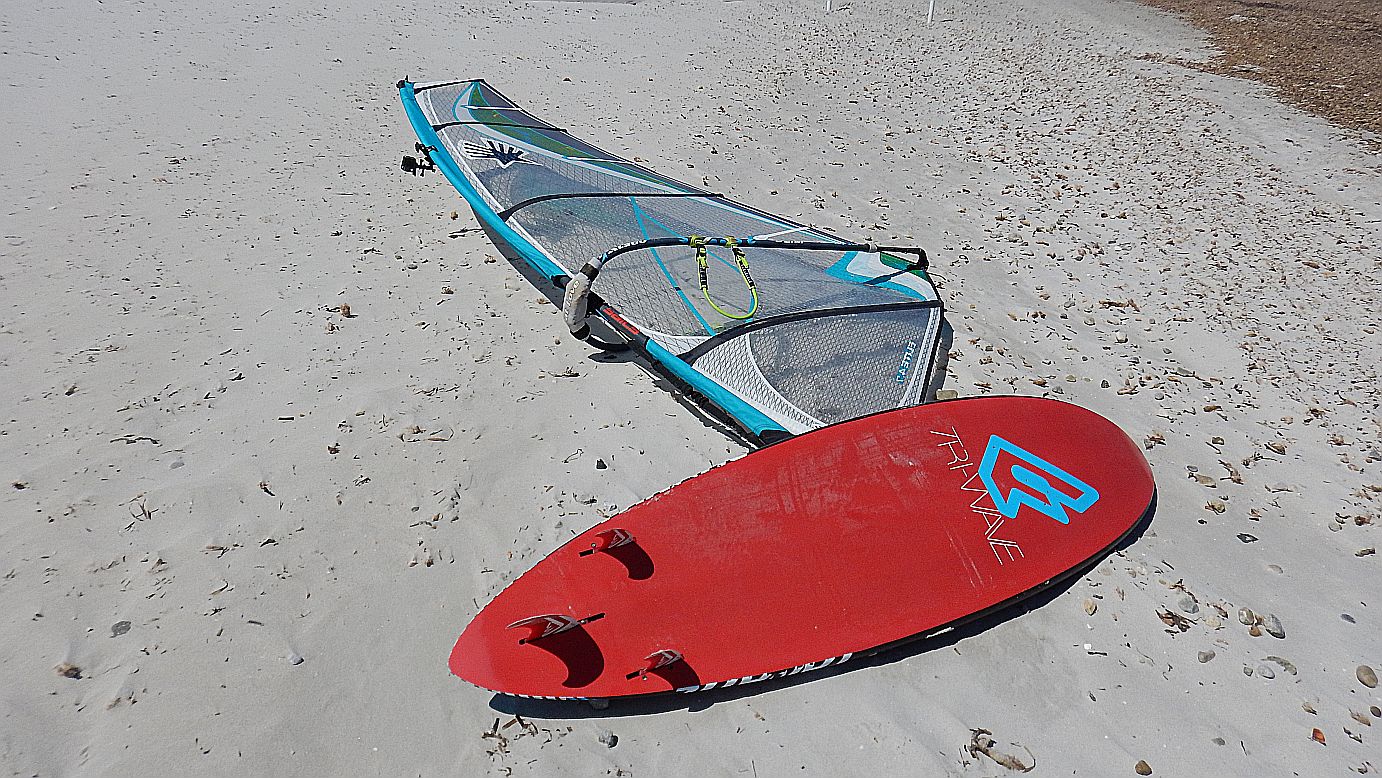 The wind, however, have remained right for the 4.7, for me (70kg), only for less than an hour; then, I change sail because I do not hold it anymore, especially in the maneuvers, and, to avoid further tiring, I prepare and go out again with an Ezzy Tiger 4.2. In few words, the wind will reach 30 knots as average, with frequent gusts at the 35! A 3.7, for me, would be ok. Today, waves are a bit bigger (about 2 meters), especially offshore, where they occasionally break on me, while I'm doing a waterstart. 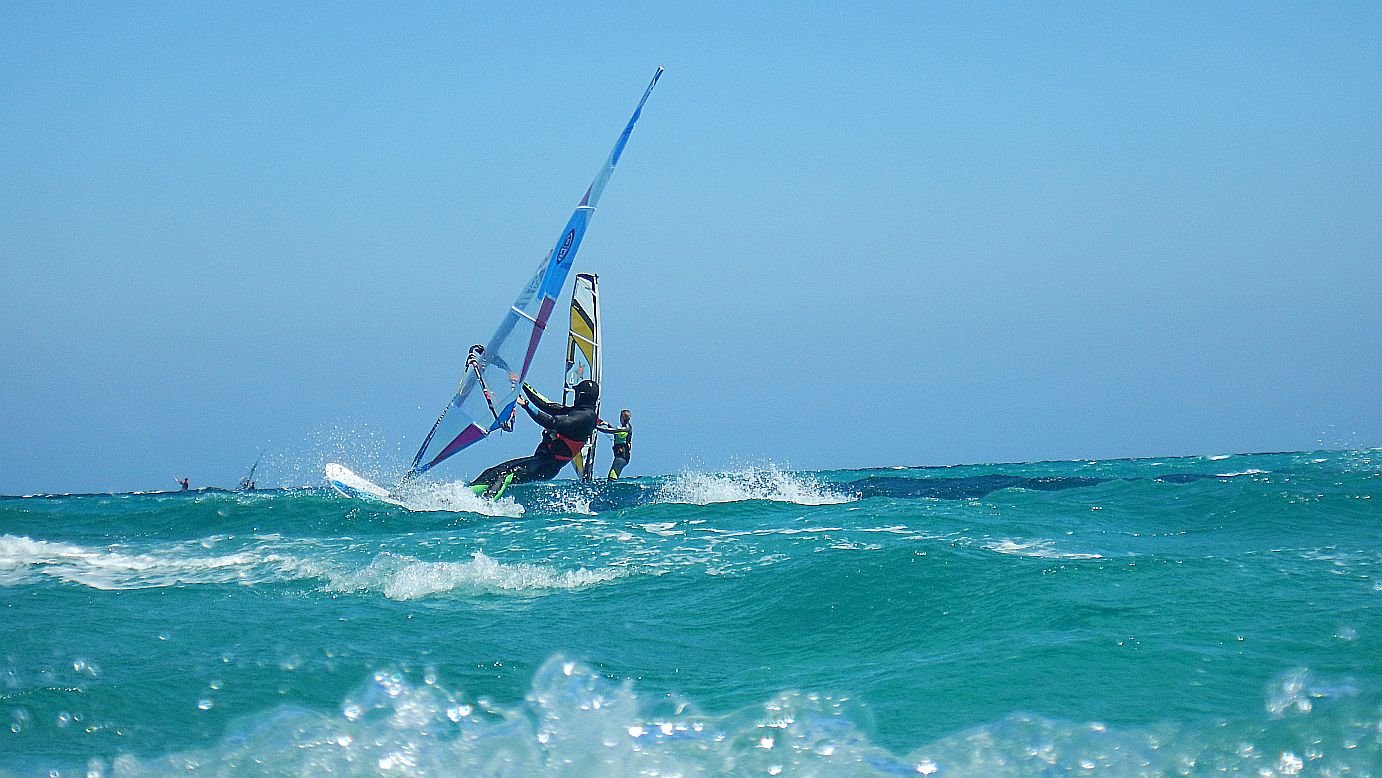 In the water, there's a blond-haired German guy, who tacks spectacularly (see video) ..... He goes beyond the sail, with the board still in full speed, and then manages the backwinded stance, until it restarts on the other side. I want to tack like him! I understand, definitely, that, both in terms of fast tack, and of power jibe, there is not a single way of performing these maneuvers, but different ways that adapt to the different conditions of the water surface and of the type of board used. This kind of tack made by the German guy is surely the best one (if not the only one) to use with small boards (he has a Tabou pocket 75), and with choppy or rough sea. Also with regard to the power jibe, with small boards and rough sea, it is better to do it with a narrow bend radius, not keeping a bear away route for too long, as, otherwise, the board would bounce too much between the waves (often between two waves, there is not even enough distance for a wide curve, without dropping the next wave), and, with wave boards, which are less planing, you would end up losing the planing. 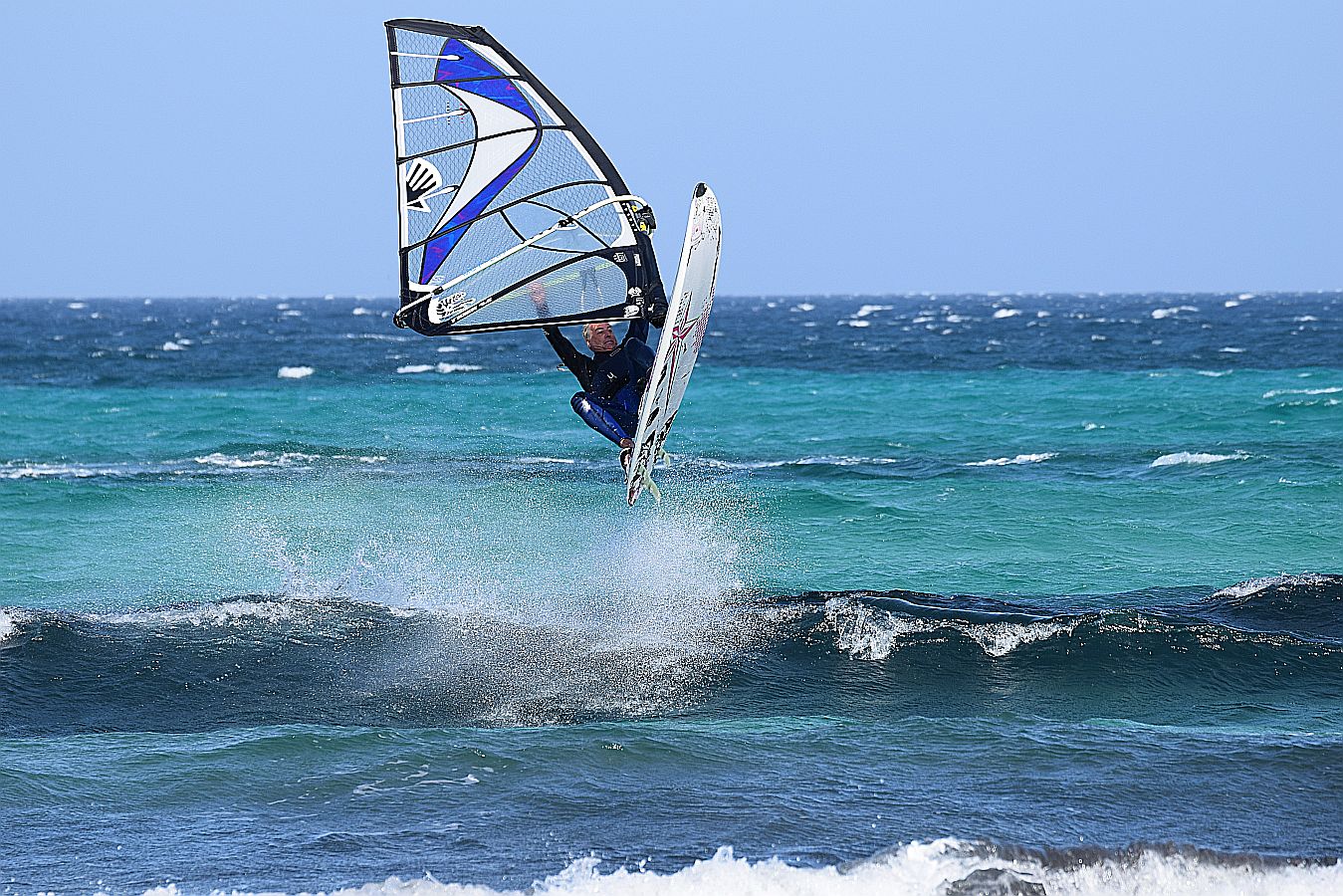 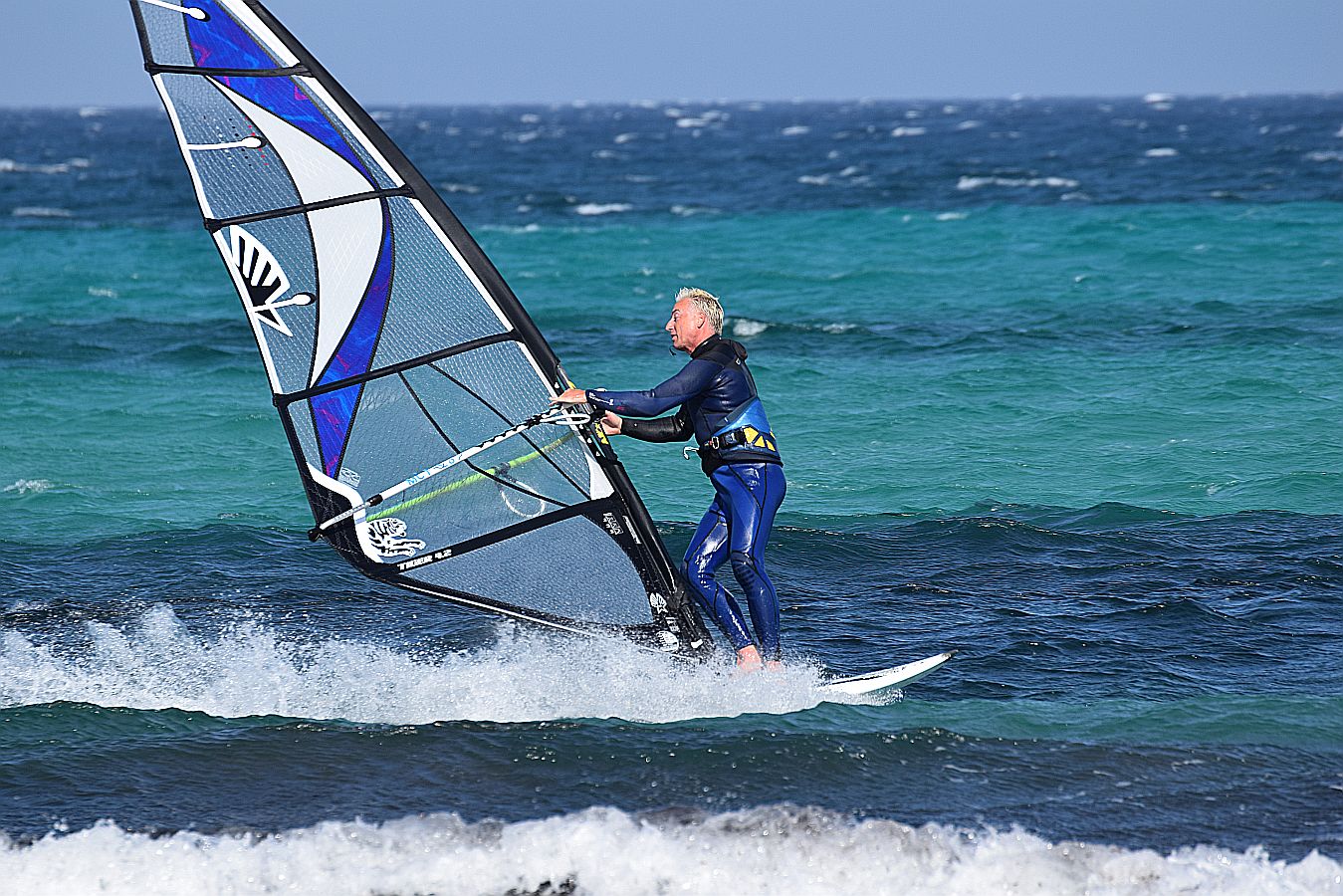 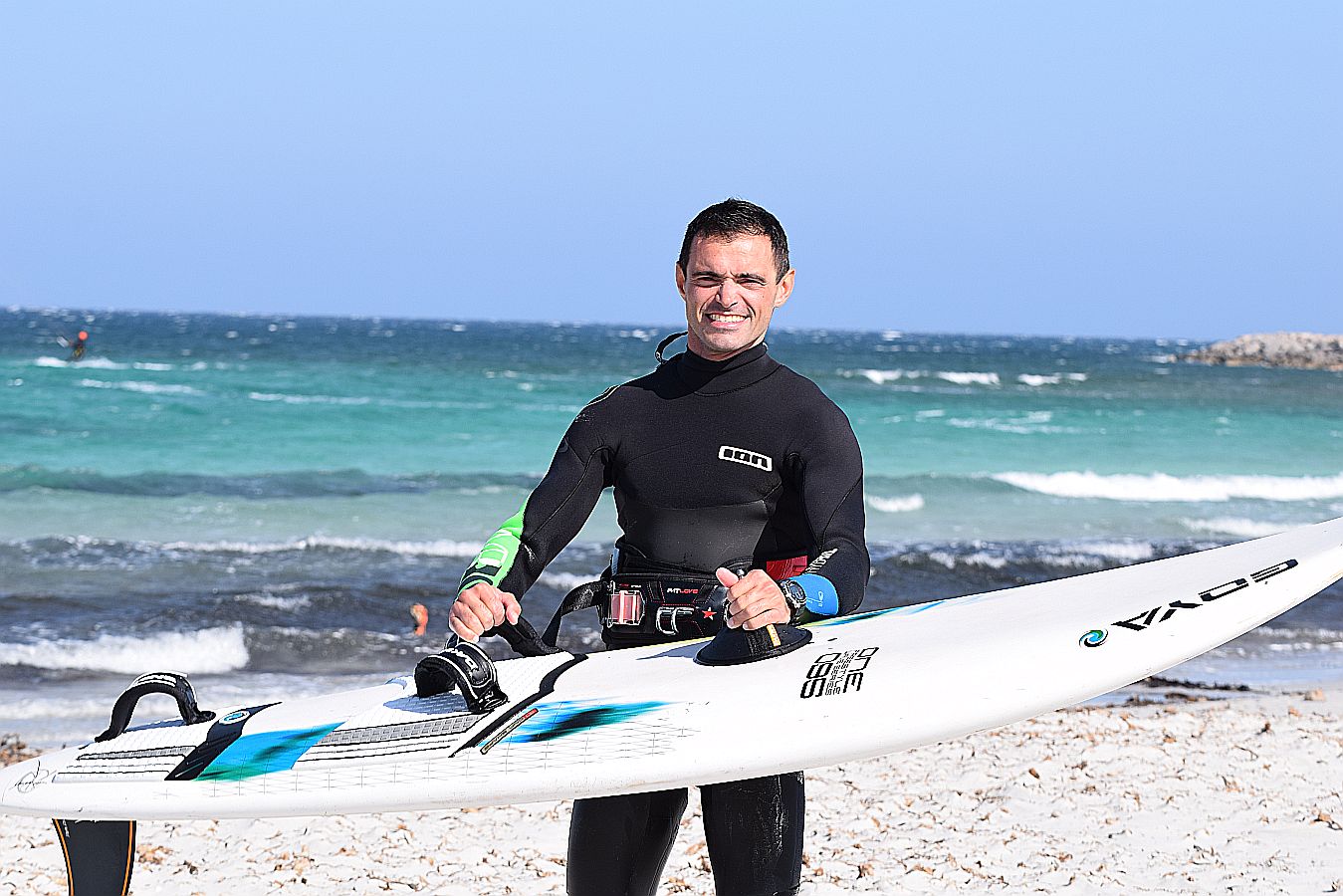 With a certain sadness (partly mitigated by the awareness of the possibility of a new session, with South East wind, the following day in Tuscany), this holiday in Sardinia ends. Anyway, I feel happy of having discovered a fantastic land to explore for windsurfing (and not only for that), and where to return as soon as possible.

The video of the sessions, taken with the Reflex camera

The video of the sessions, taken with the compact camera

The video taken with the GoPro, on 24th april

The video taken with the GoPro, on 25th april