As in 2016, in June, Western Liguria gave us another session with a really strong South West wind. We went out at Albenga, where the wind exceeded 40 knots, and where the conditions were quite demanding.

Clothes: 3/2 long wetsuit (but the best riders were at naked chest), and helmet! 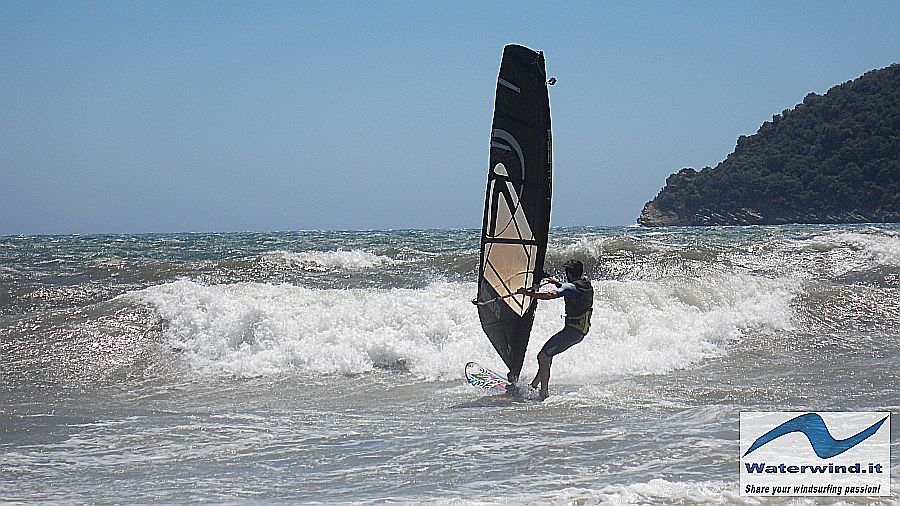 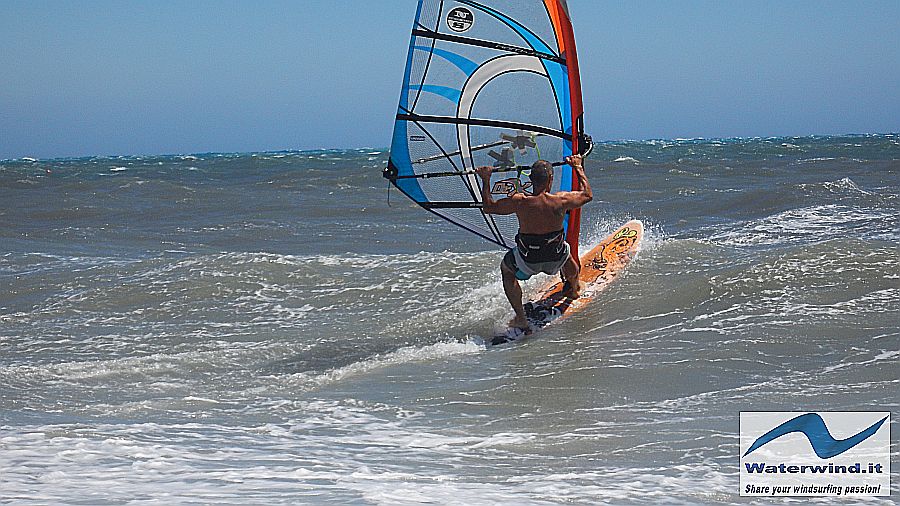 It's hard to imagine to be overpowered with the 3,7 sail, but sometimes it happens .... Today, the Libeccio (SW wind) has really hit hard at Albenga. Probably, those riders who had their session from 11.00 to about 13,00 could benefit from a more reasonable wind, which made human their ride. In the afternoon, the wide sunshine (28-29 Celsius degrees) caused the thermic wind component to add to low pressure wind, increasing the overall wind up to 40 knots and more. The anemometer of the near Capo Mele measured gusts up to 60 knots! 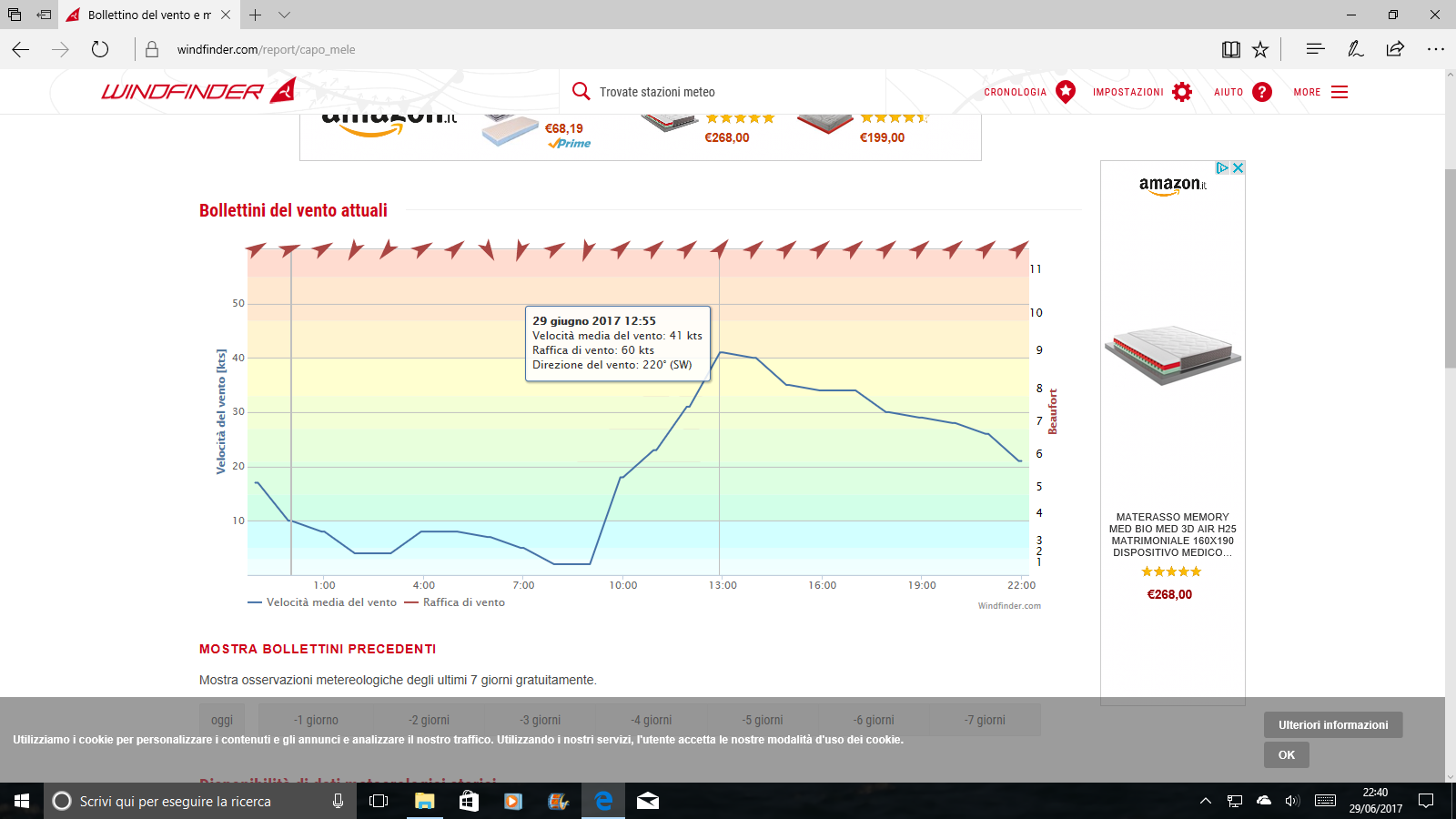 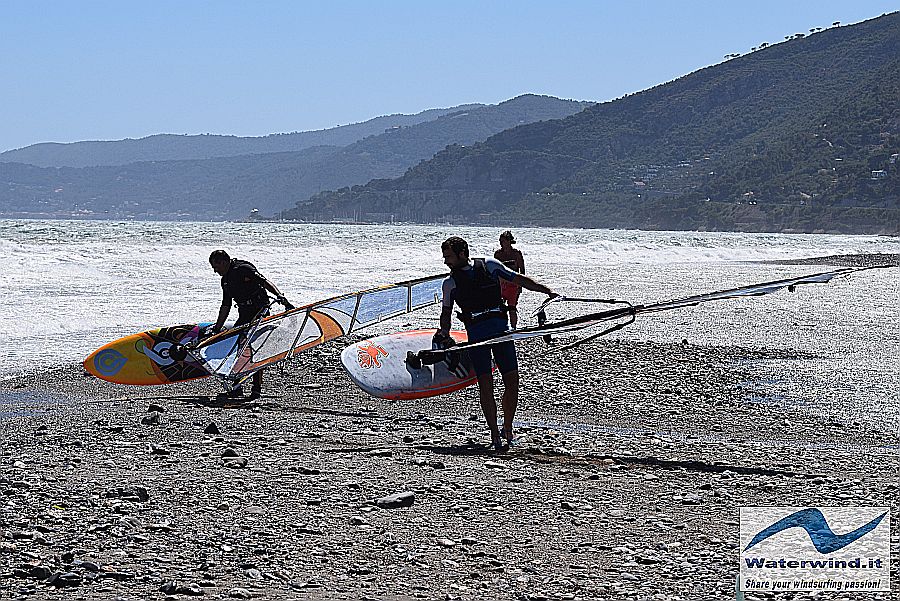 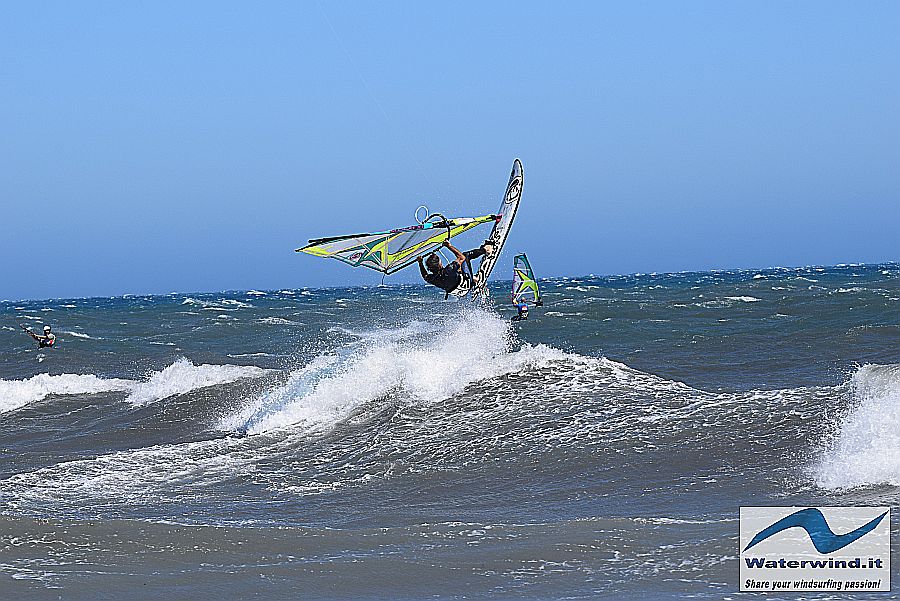 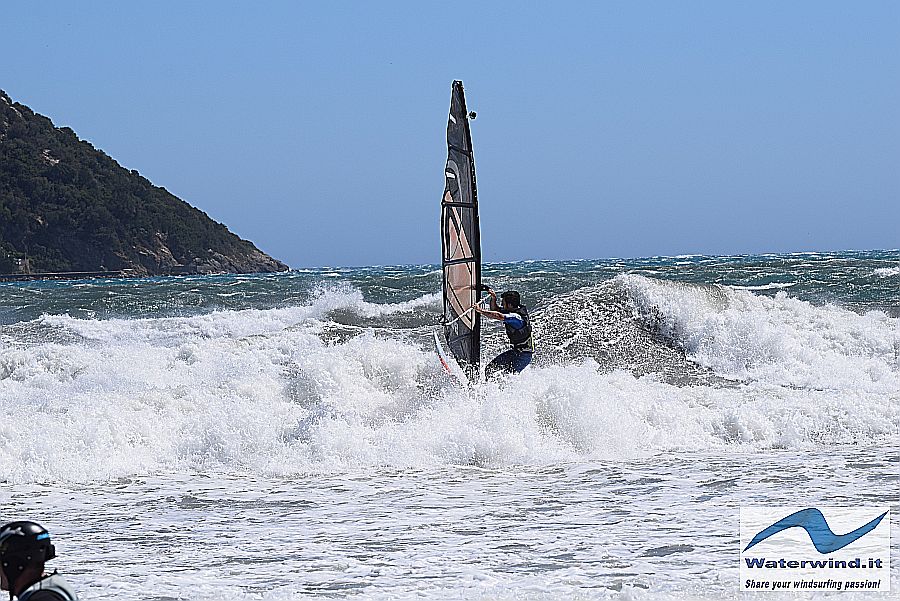 I entered into the water around 14.30. In the first part of the session, I still was able to manage to sail, and enjoy the ride. 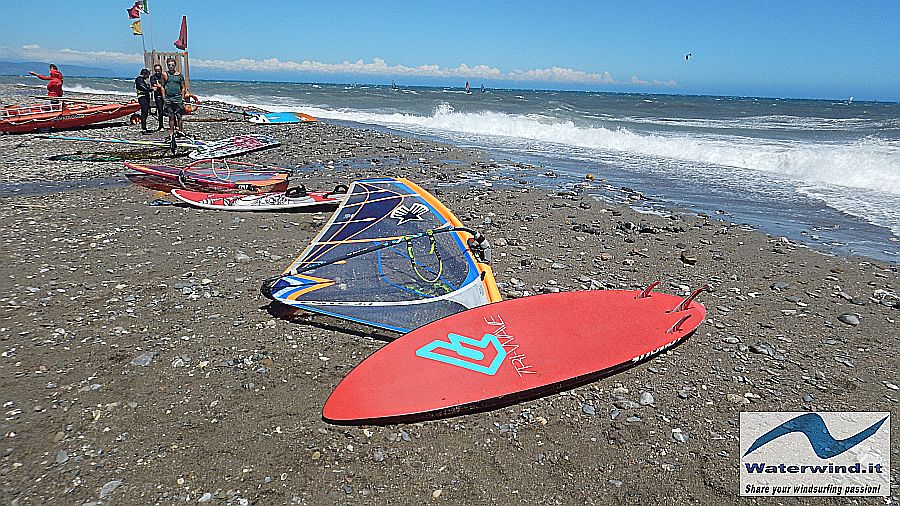 Albenga proved to be a very interesting spot with South West, even if, probably, here the SW blows mainly when it is particularly strong over Liguria, otherwise it is "stuck" in the more western spots. In particular, the long, steep waves, in the last 80-100 meters near the shore, were a lot of fun to surf (see video and photos), though the resulting shorebreak and its shrinkage made the beach start quite difficult. Off-shore, you had long waves, not too high (but I did not ride too much offshore), sometimes a little messy. Even going out of the water was not simple, and it required the typical maneuver to do when shorebreak is important: in few words, it was almost obligatory to ride up to the shore, making the board to touch the beach, and to pull the board and rig out of the water immediately. Even just stopping just a few meters from the shoreline could be fatal, as you could run the risk of a wave crushing on the equipment, damaging it. 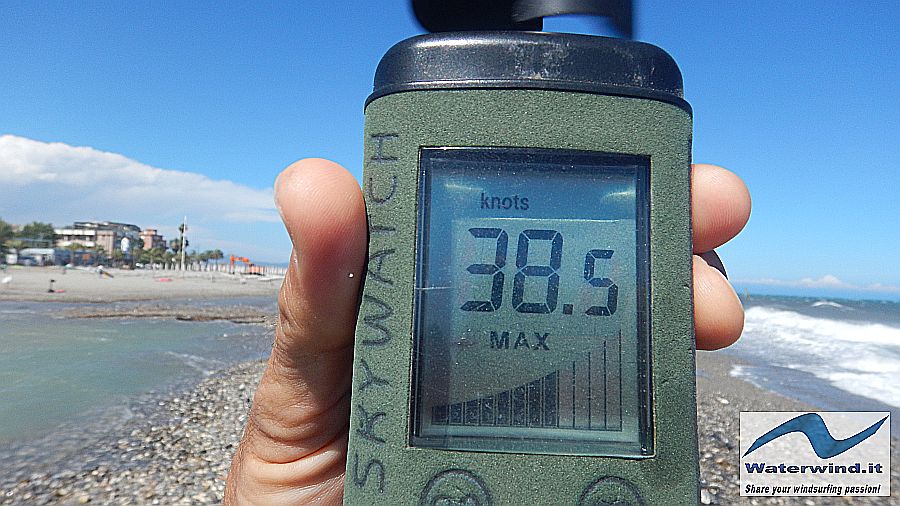 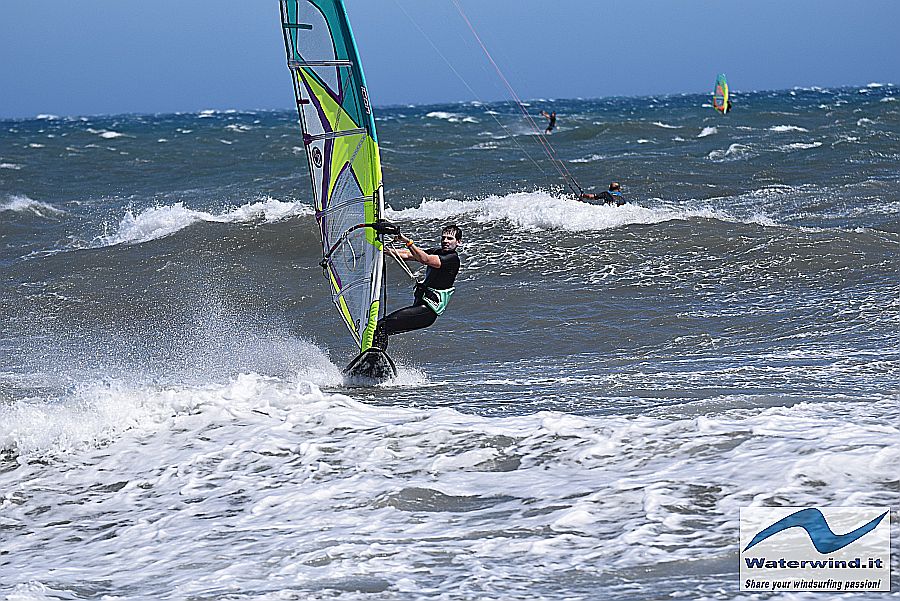 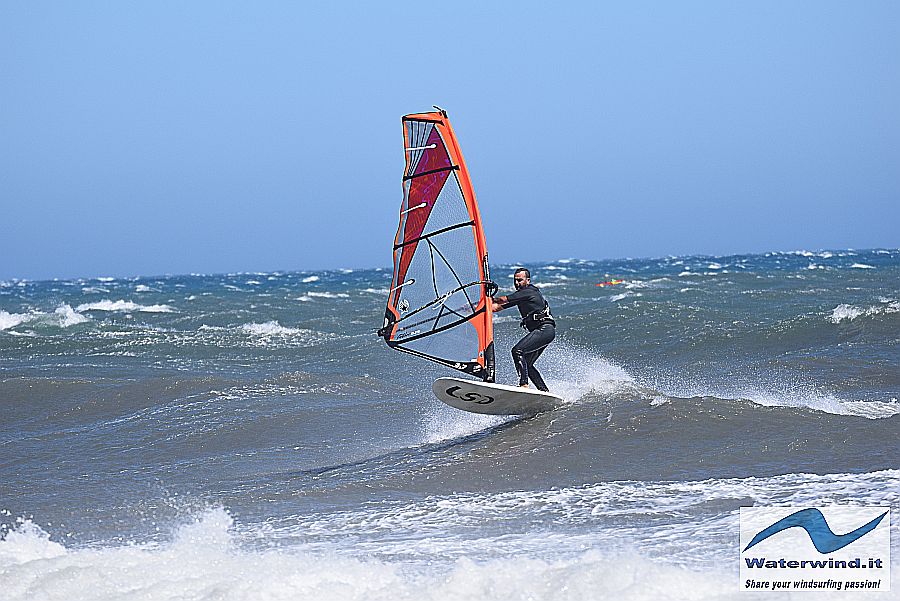 In the water, a fair number of riders, among which some (even not young) of good level, and several kiters, with some close and risky ridings by surfers and kiters to catch the waves ... 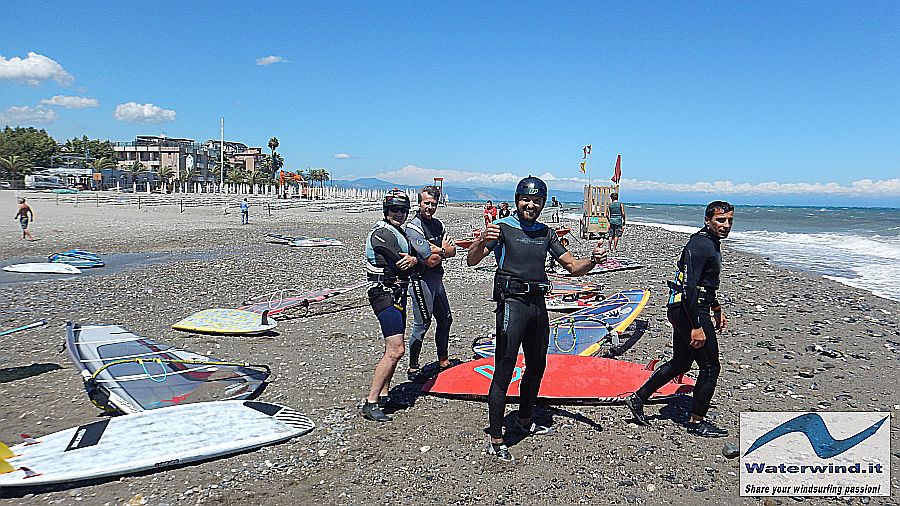 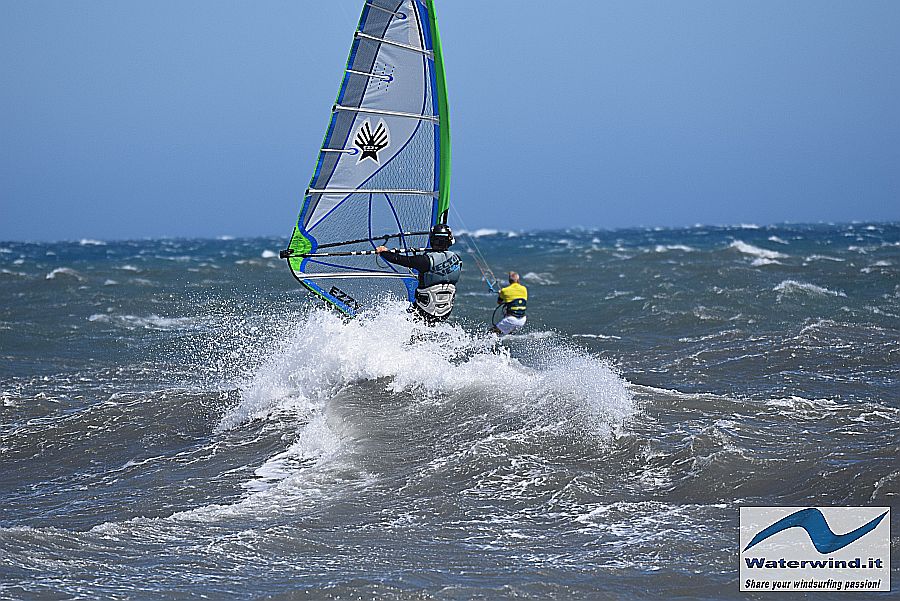 After 15.00, conditions became exaggerated, and only heavier or best riders were able to stay in the water or manage the 3.7 (however, under such conditions, proper physical training is required ....).
After 16.00, almost everyone came out of the water, with some ...... trying to surf in the mouth of the River Centa in flat waters (but with narrow spaces). 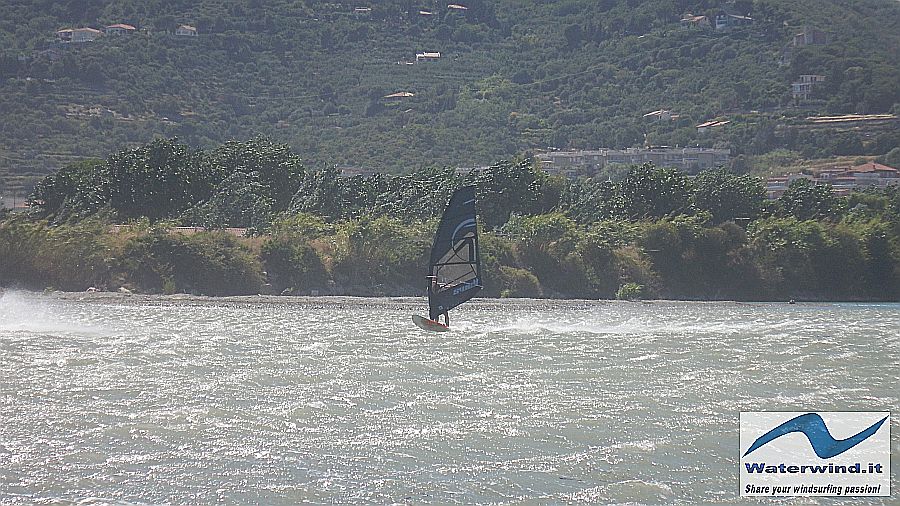 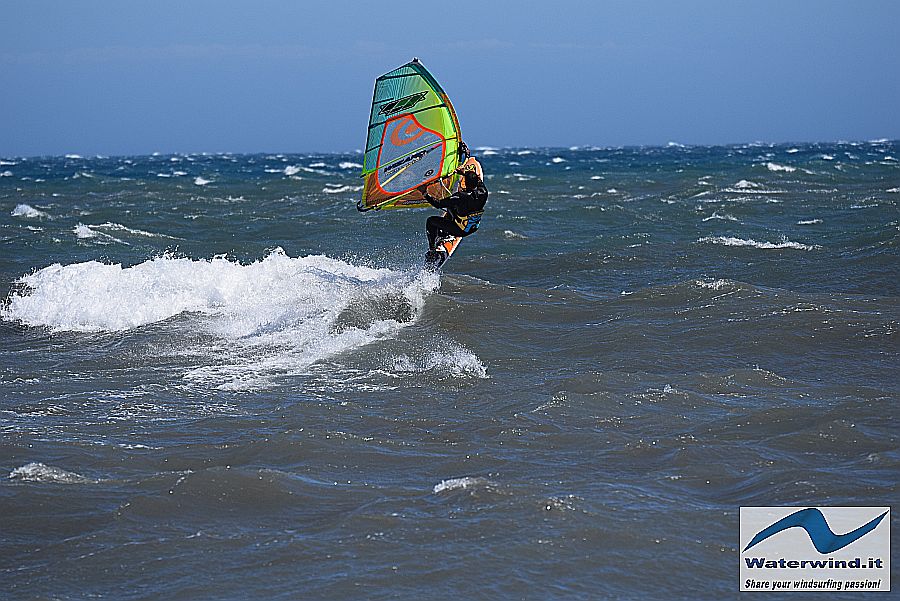 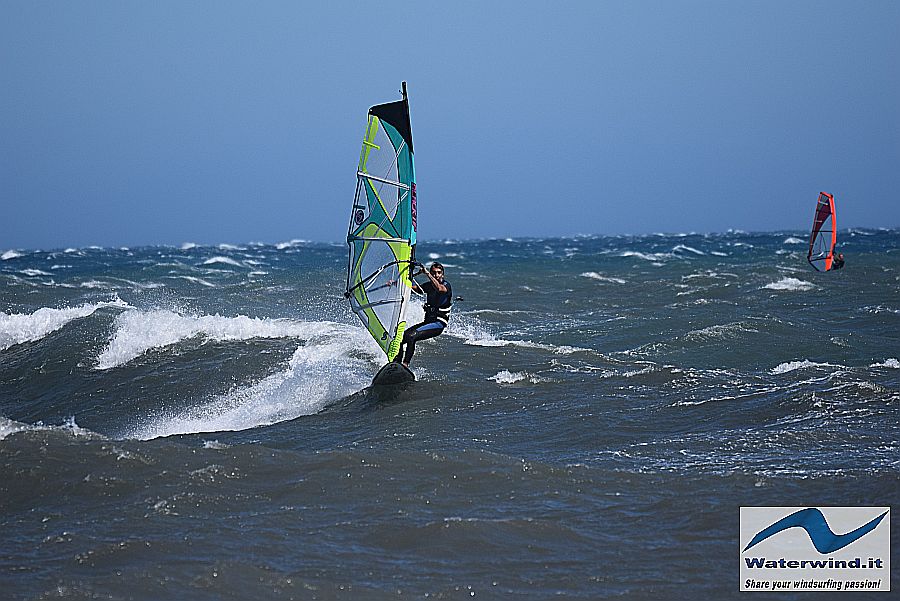 Click here, to enjoy the slidegallery taken with compact camera.

Click here, to enjoy the slidegallery taken with reflex camera.