I wanted to go to some sea spot.... But if Garda begins to imitate the sea, you can save a bit of road.... Today, a beautiful day of wind and windsurfing in Toscolano, Lake Garda, which, once again, let its mighty roar be heard.

Low pressure with Sirocco (SE) wind, which has amassed the clouds on the mountains, causing abundant snow to fall, and cooling the air, over there. As expected by Arome, and as announced in the Waterwind forum for Supporters, Toscolano and all of the Southern Garda today enjoyed a powerful storm wind.

Therefore, I gave up on a risky (due to uncertain forecasts), long and costly trip to France (PaoloP see you asap in Sardinia), and I opted for this beautiful opportunity offered by our beloved lake.

Wind expected from 10.00 until early afternoon. For once, therefore, it was not necessary to get up at dawn. I left Monza, just before 9.00, under a gray sky and in the rain, but with the pleasant knowledge that the lake would have swept away any possible hint of depression due to the almost winter climate.

The wind actually started blowing in Toscolano before dawn and reached a good intensity from 8.00 onwards. When I arrived at Toscolano (read the detailed review of the spot), I already found several in the water, including Michele and Simone (Grezzi), who, I didn't immediately recognize as they were masked with a neoprene hood (Simone, you too are already dreaming of the South Africa?).

On the ground, I spotted my friends Alessandro and Matteo, who had confirmed their presence in the Waterwind forum. 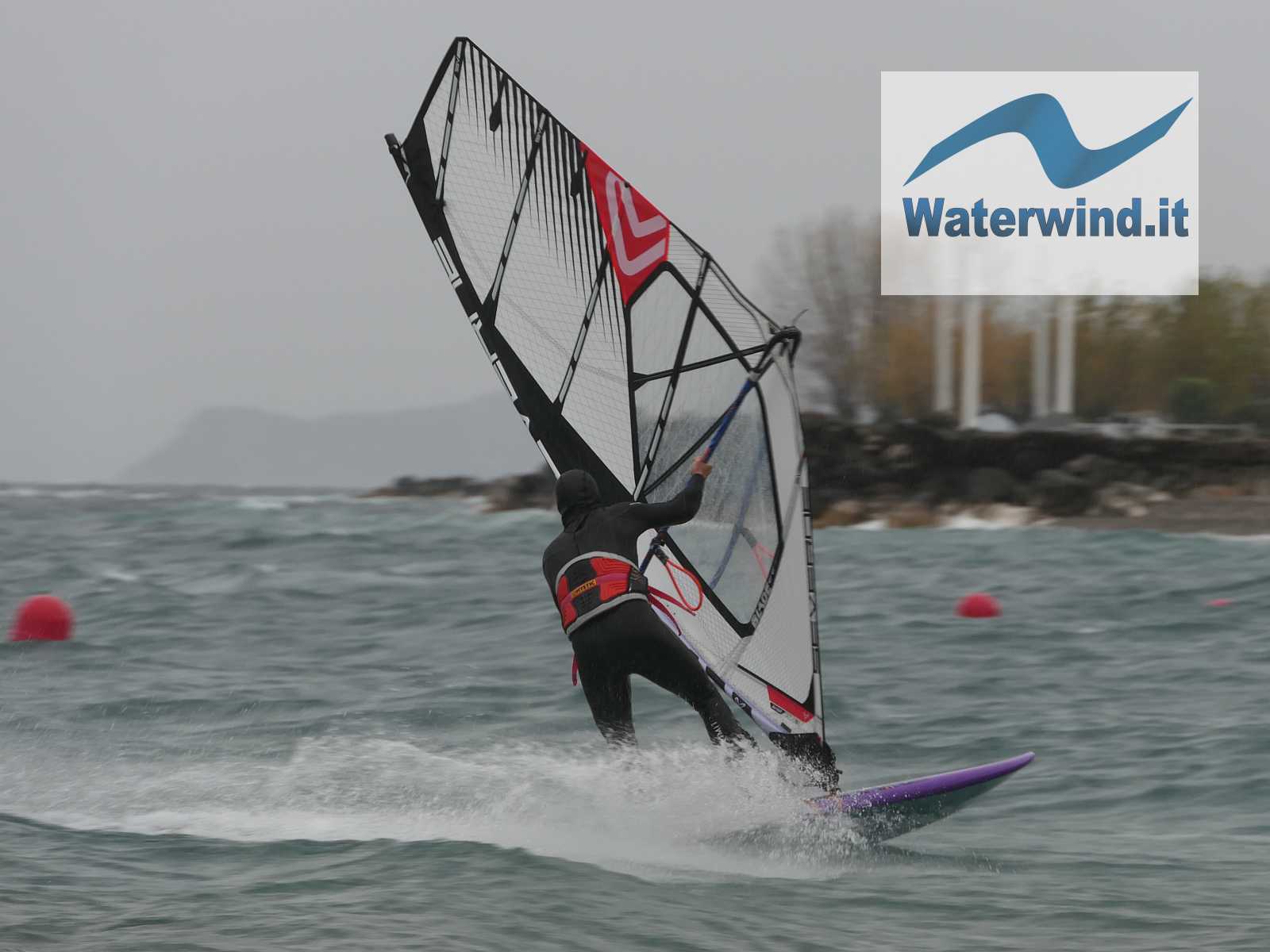 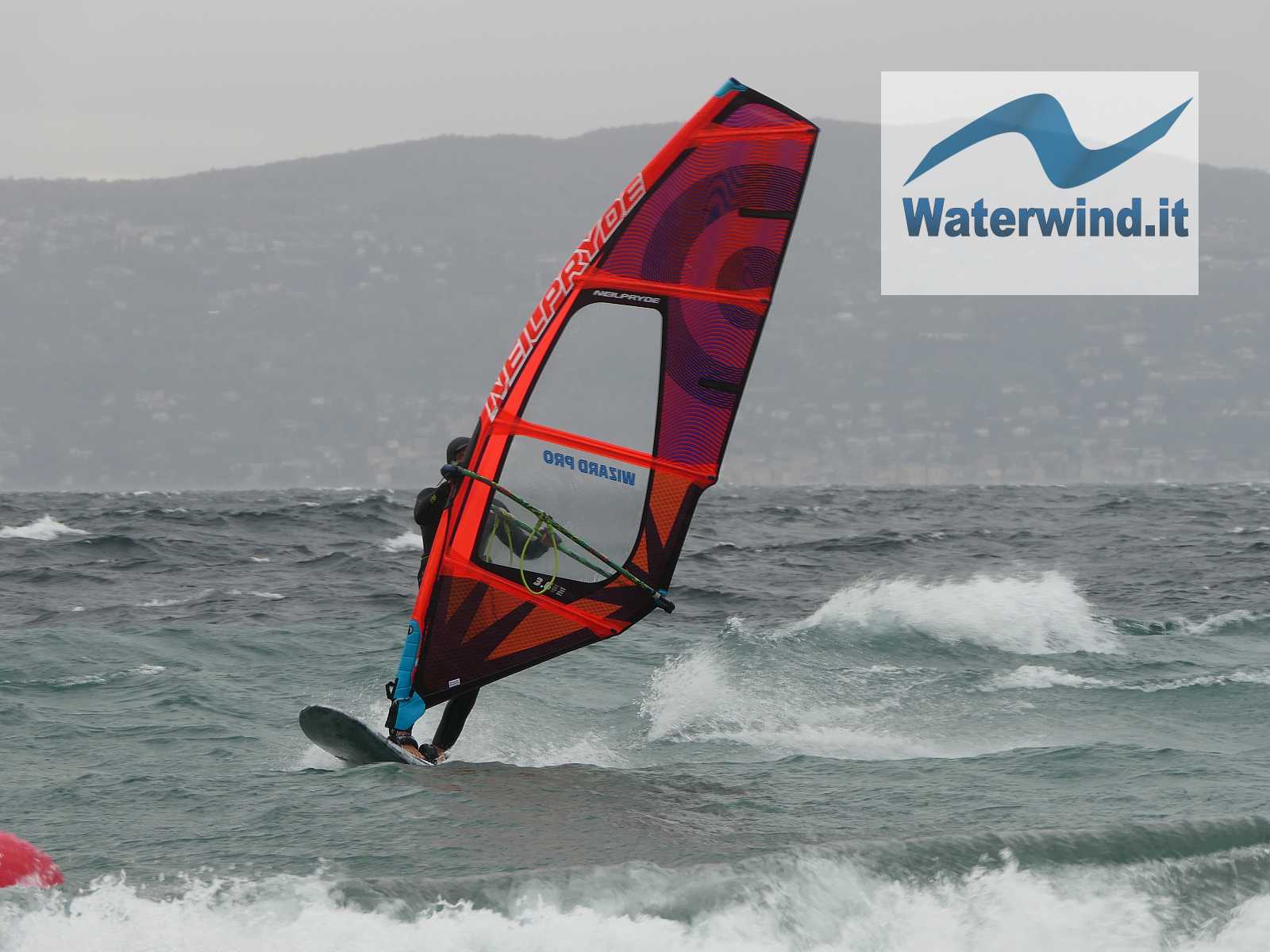 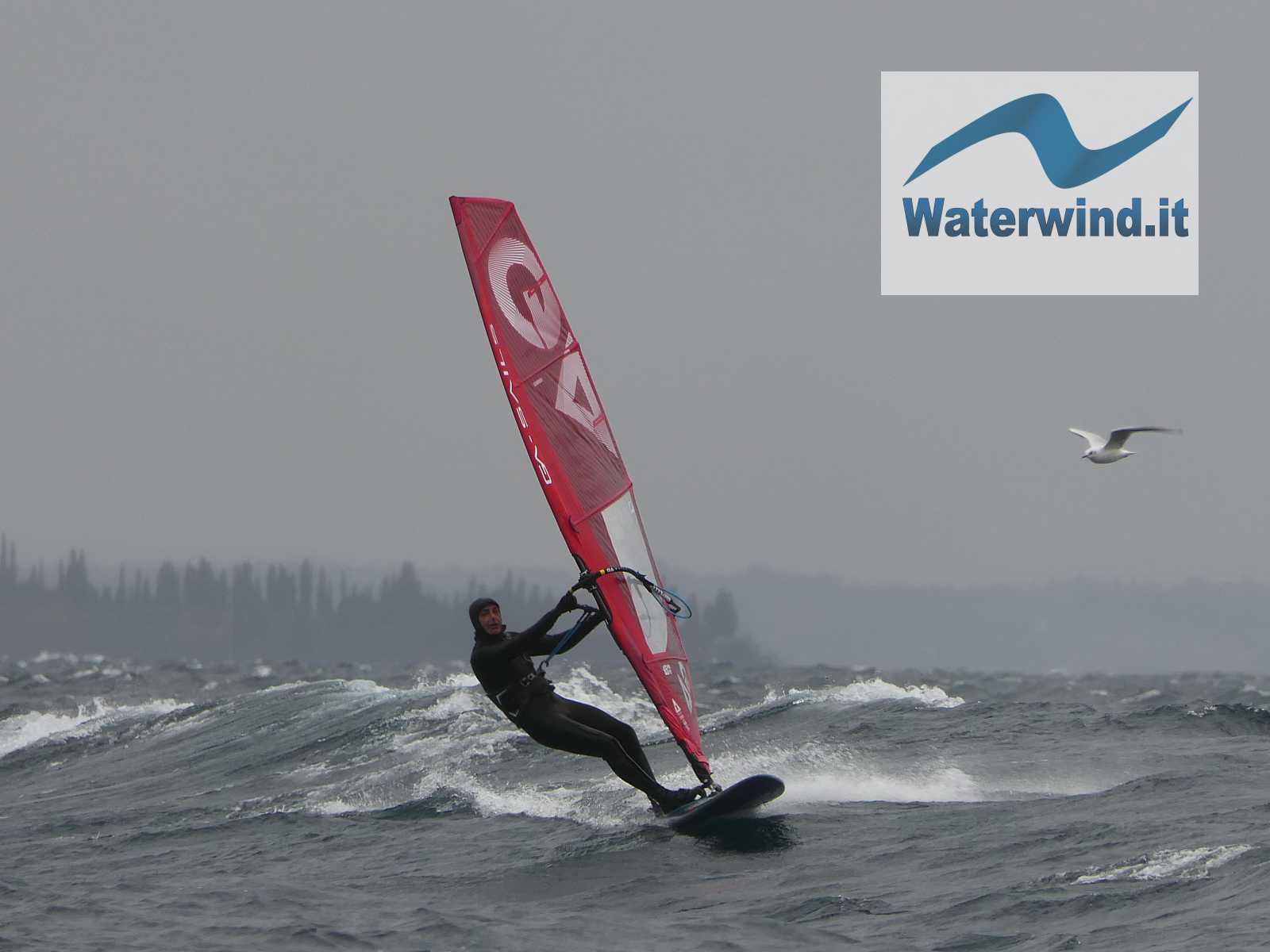 In reality, the conditions, from a climatic point of view, were not so bad. The air temperature remained around 11 degrees for most of the day. Water at about 10 degrees. Someone came out without gloves, or without surf shoes.

The first rides allowed me to enjoy the most beautiful conditions, typical of Toscolano: beautiful regular waves in the middle of the lake, which in some cases reached two metres! Pretty well spreaded wind, and the 4.2 proved to be the right sail size, even if some gusts required a 3.7. Initially, overcast sky, but no rain.

In the final part of the morning, instead, it started to drizzle, and this made the wind less stable, with some lulls, I must say rather short lasting. Moreover, the rain in the face at full speed also hurts a little! The wind shifts also made the water level more and more messy. Certainly, Tosko bay gives its best when, in the southern part of the lake, the sky is blue, and in the north on the mountains it remains very cloudy. In such circumstances, the wind remains more steady, and the water level more regular.

After almost two hours in the water, I returned to shore for a moment, both because I was hungry and to change board and switch to the Tabou Da Curve 88 2020, and understand the differences between the two boards, on equal conditions offered by the spot. I must say that the Tabou 80 is a beautiful board, but it doesn't forgive anything (especially when turning), given the volume, and prefers ideal conditions, as far as the water level is concerned: high and spaced out waves and smooth water level among the waves, and not very gusty wind. The 88, while still a radical shape, is more forgiving. It was also much faster (perhaps also due to the stiffer G10 fins I used).

After 1.00 pm, I returned to spend almost another hour in the water, until I got a little tired, and the 4.2 started to feel a bit big! I had the pleasure of doing some rides together with my friend "Big Davide" (from Salò), who came to "rest" after a morning at work. 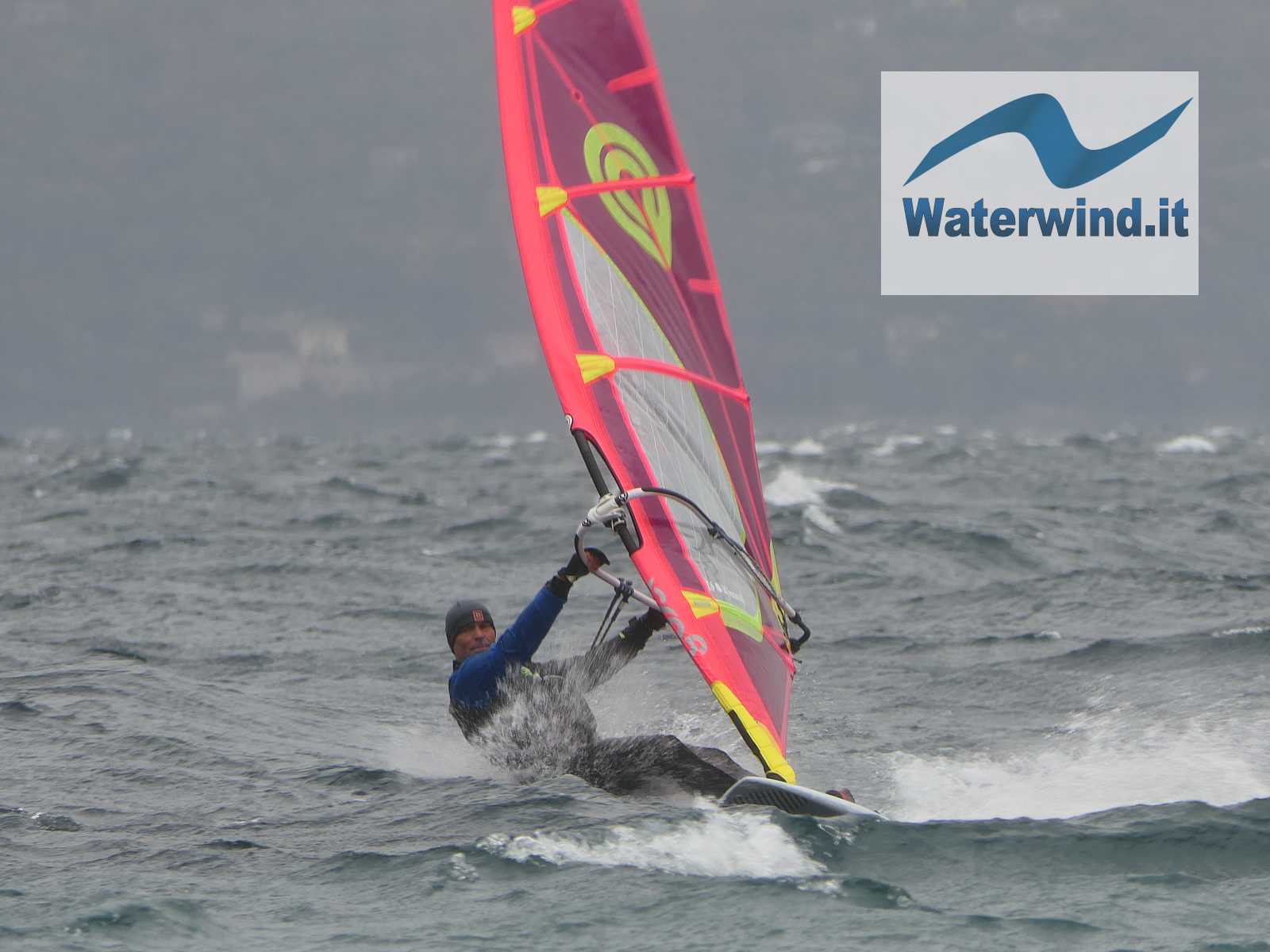 In the early afternoon, Miki from Bolzano also arrived, for now even more attracted by the water than by the snow; he too switched to the black North Sails, this year. As usual, started turning forward loops one behind the other (see video below).

I left the spot calmly, after taking a few photos and videos, a bit of chat with friends, and having also met Matteo from Melegnano: finally a young man who lowers the average age of the group of windsurfers of the Waterwind community. Welcome to group, Matteo! See you soon on the water, again!

Now let's see what we can arrange in the feast days around 8 december, and before Christmas. Now, a nice waveriding session at the sea would look really good!

Click here, for the complete slidegallery of the day

The video taken during the session that clearly shows the conditions.