Lake Como is giving us some Foehn days, in this period. Today, we had a good windsurfing session in Dervio, with wind up to 30 knots, quite constant in the afternoon, and with an incredible temperature of 20 degrees! Spring time is at the door.

(dedicated to Daniele Ciceri, who passed away too soon)

I don't understand why people go to South Africa in January ..... instead of coming to Lake Como! Obviously, I'm joking, and above all I'm trying to dispose of the anger due to the fact that, almost certainly, also this year I will give up to my trip to South Africa - a wonderful country - because of Covid ....

Today, Lake Como has tried to console me, and I must say that it has gone even better than I thought. The Foehn wind has begun to blow over the spot of  Dervio (Northern part of the lake) at 10.30, with a sudden, impressive gust of warm air, which, however, has taken by surprise only the Sunday day-trippers who did not expect it; but not the windsurfers, who had studied the forecasts and expected it. 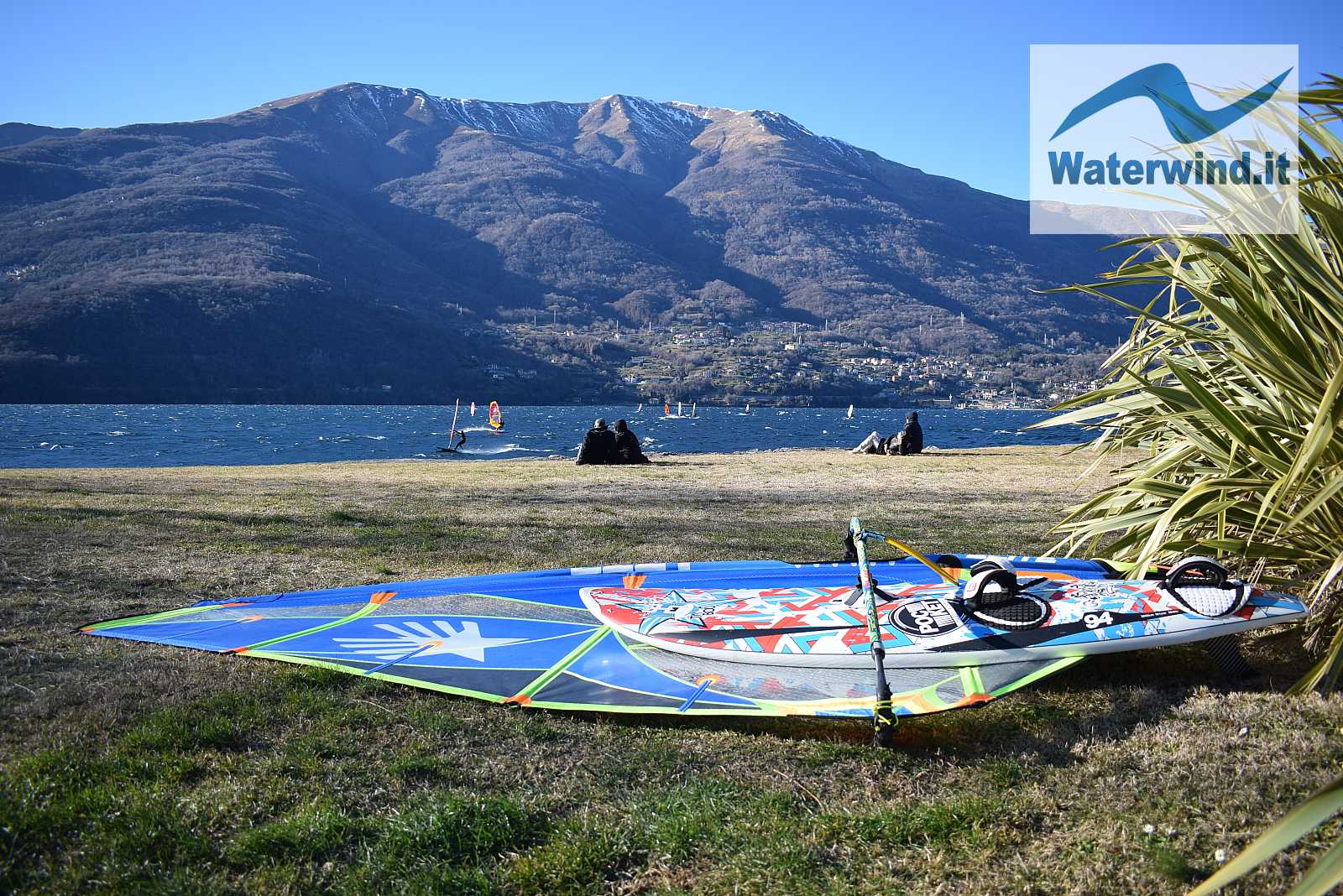 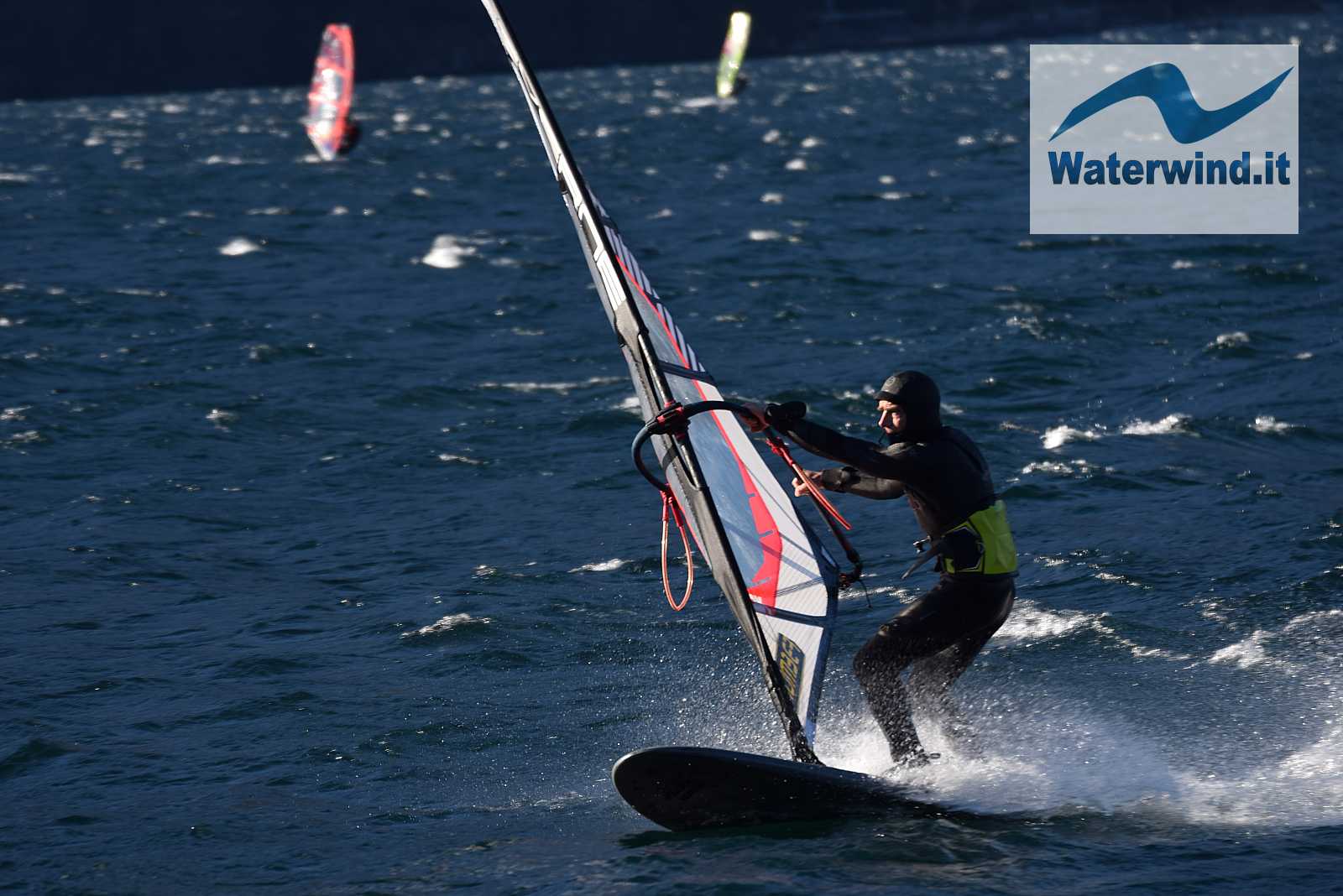 In short, the wind, after an hour of gusts, has begun to spread better and better, and from 14.00 onwards it has become strong and almost constant. I have gone out with the Ezzy Elite 4.2 2019, and with the Tabou Pocket 94 2016, with MFC freewave 23 fin. It has been nice to sail, and maneuver with such a small sail, that, in the early afternoon, like the board, has also become too big.

The wind has actually continued to change in intensity and direction, at least as long as I have stayed in the water (2.30pm), but all in all, for being Foehn it hasn't been that bad, and it has allowed us to train ourselves quite well. The spring like temperature has abundantly compensated that of the water, still cool (even if more than bearable, with appropriate clothing, so that some guys even have gone out without gloves).

It has been the first occasion of the year in which the people of Lake Como windsurfers have gathered en masse in one of the spots of the lake, and it has been a beautiful colorful show in the water (see slidegallery), with at least 30 riders who have taken turns on several occasions. 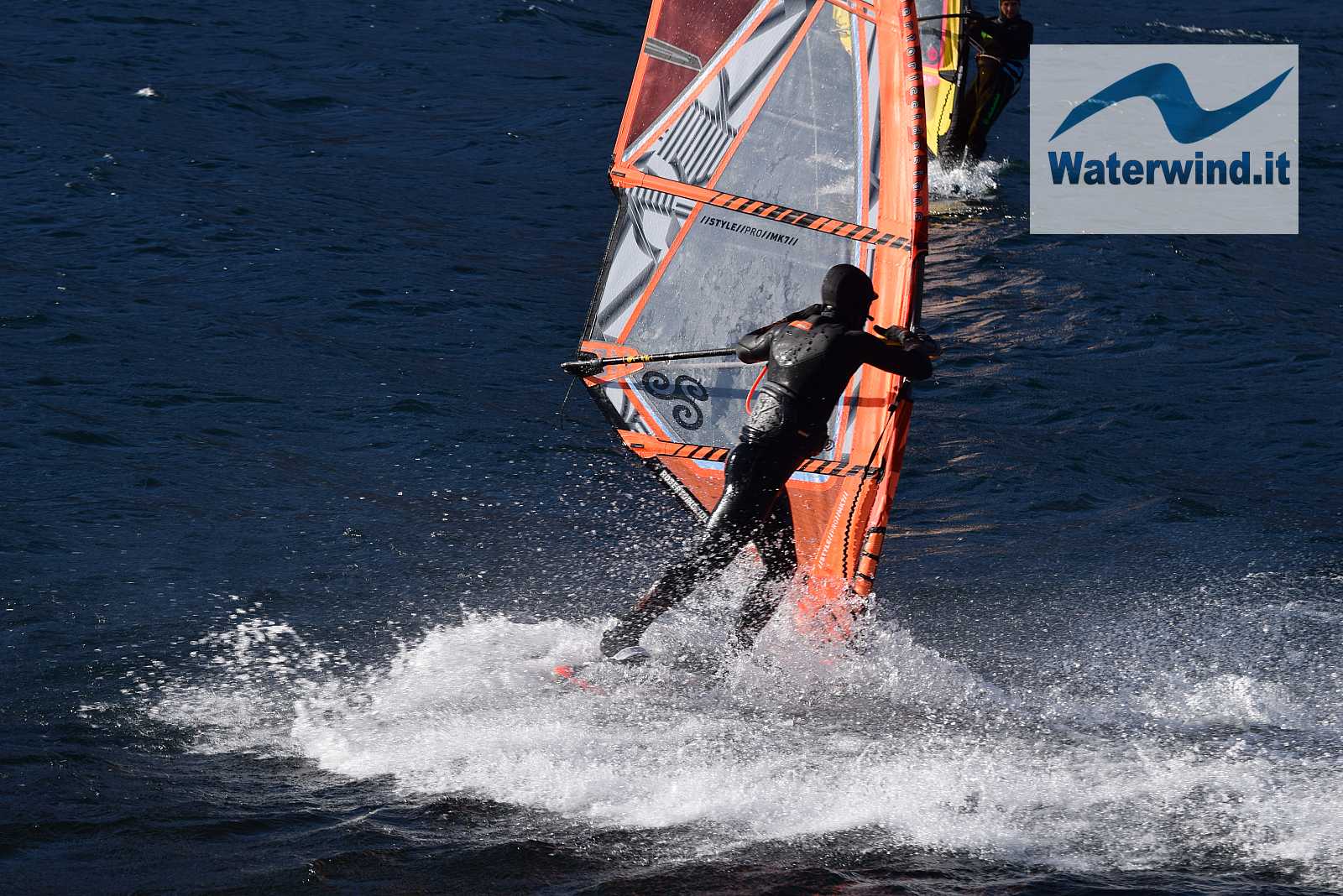 I have had to escape early due to family commitments and to avoid the deadly traffic of the national road SS 36. Otherwise, I would have gladly stayed to enjoy the wind, which has lasted at least until 17.00, judging by the anemometer, and then has begun to blow also over the Southern side of the lake (in Abbadia and Mandello, on the way back, I have seen the lake rippling).

Now, the lake promises more windy days in the week, and we will try to place a few more sessions, dreaming of being in Sunset Beach ....

Click here for the full slidegallery of the day