La Coudouliere (Six-Four Les Plages, South France) is one of the best renowned wave spots in Europe. On 14th of January 2017, NW wind up to 40 knots blew over the spot. I was there, and I could admire the young French talent, Loick Lesauvage (F780), only 16 year old, performing a show under my eyes. Also other very experienced riders in the spot.

It's since Thursday that mistral wind is blowing over the spot, only slight at beginning, and more seriously since Friday, reaching 40 knots in gusts. 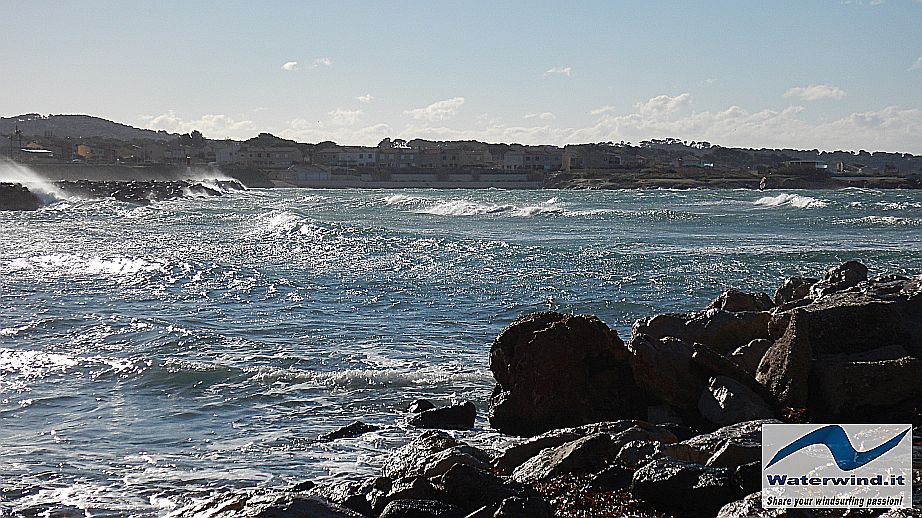 In these conditions, the spot becomes the theater of most experienced riders, among which the young athlete, at home here. His agility was amazing. 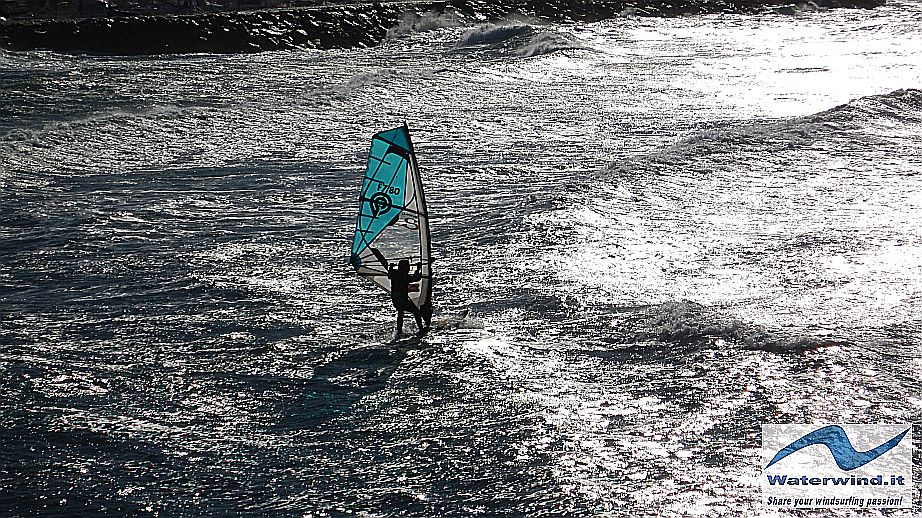 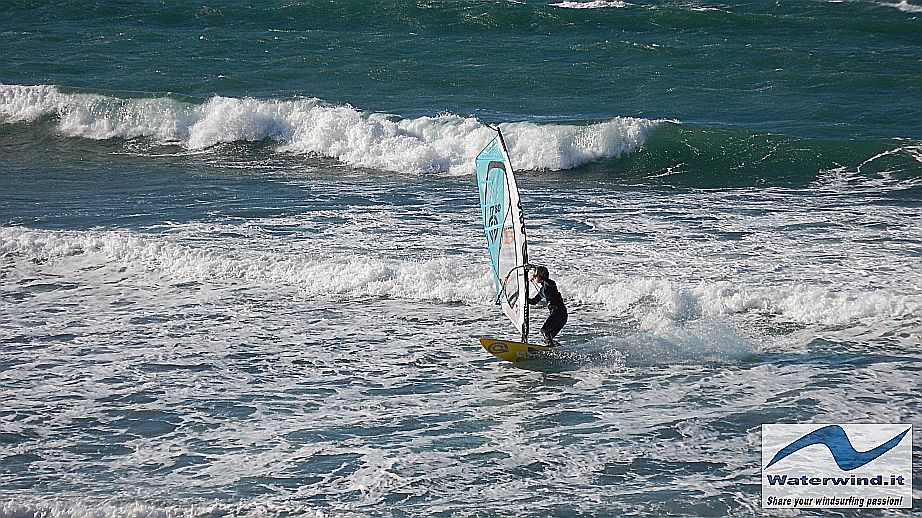 Positioned myself upon the cliff above the spot (it was a pity that I didn't have my reflex with me), I could see him riding back and forward, mainly tacking (nimble as a cat) to remain windward, I suppose 'cause he was training on some loop.

In the pictures, and most of all in the video, you can enjoy Loick's show (some clips also in slow motion).

Study the movie to steal some secret! We will hear to speak about that guy!

I have to say, anyway, that the general level of the riders at the spot, was pretty high. Most of them were gaining as much water as possible windward, and then were coming to surf frontside the fantastic waves, breaking near the cliff, and just under my eyes (again, see video). Most used sails, 3,7, more or less....

I was struck by some of them. 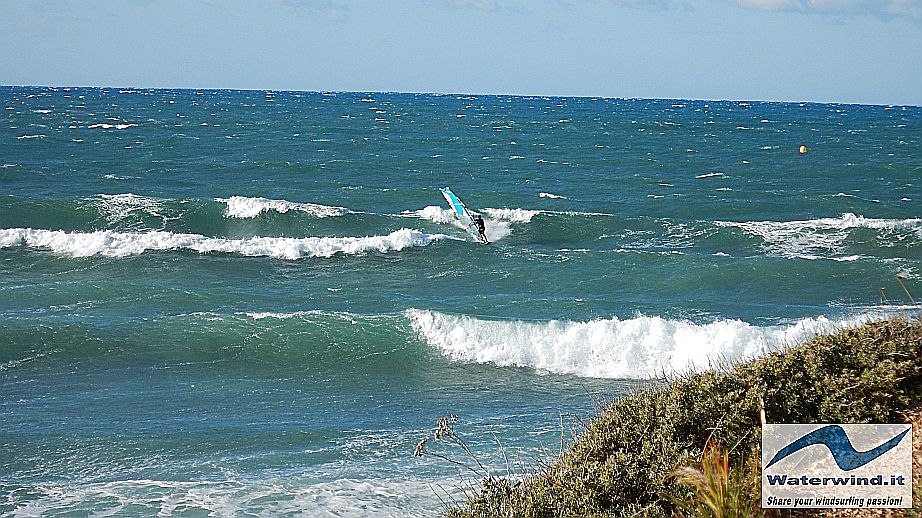 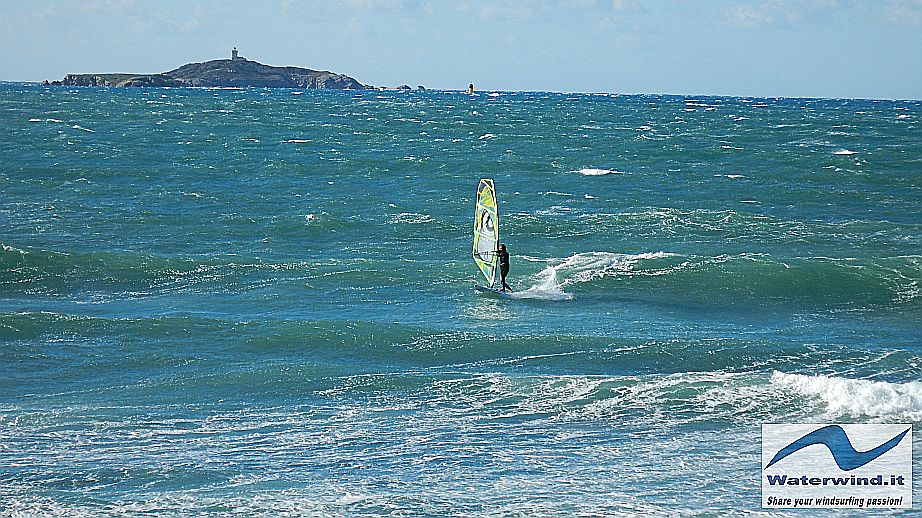 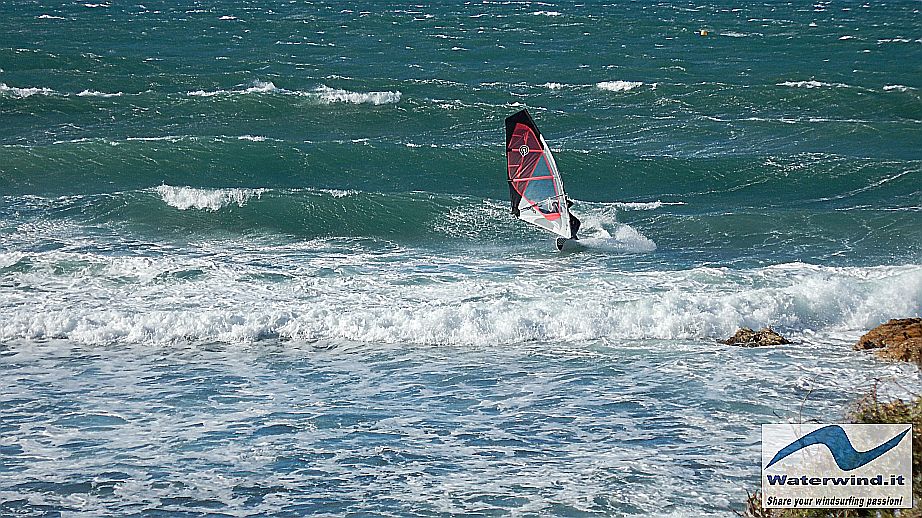 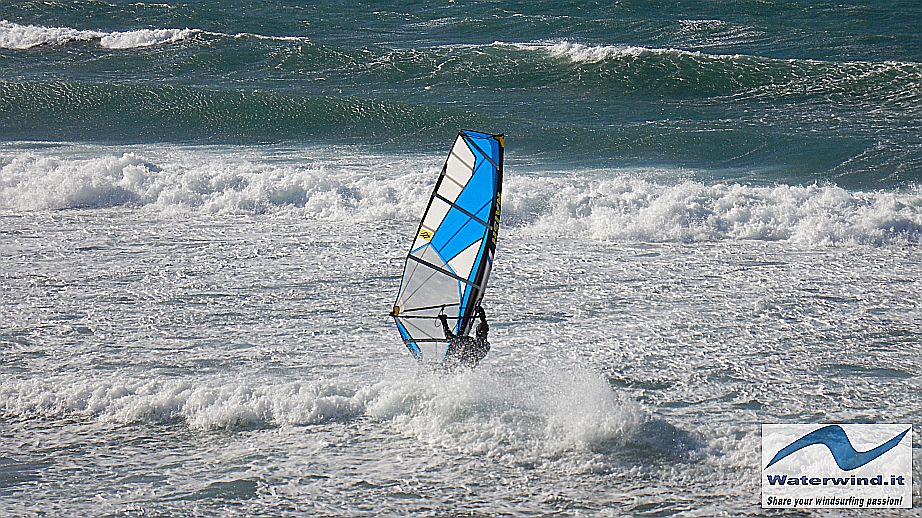 First of all, a guy, with long hair (he rode with bare feet, hands, and head, as Loick too), smoking one last cigarette, in a hidden corner behind some rocks, near the shoreline, just before entering into the water to begin his session. I am still wondering where he put away his lighter....once he got into water. 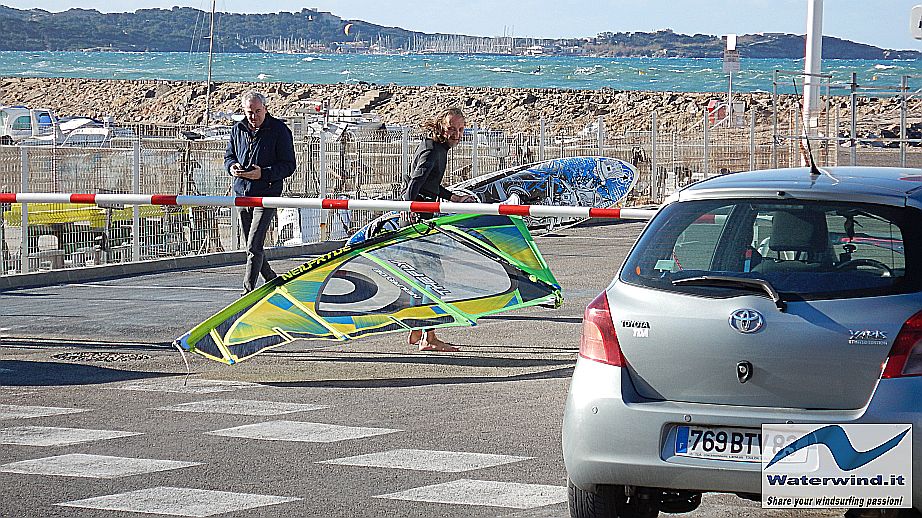 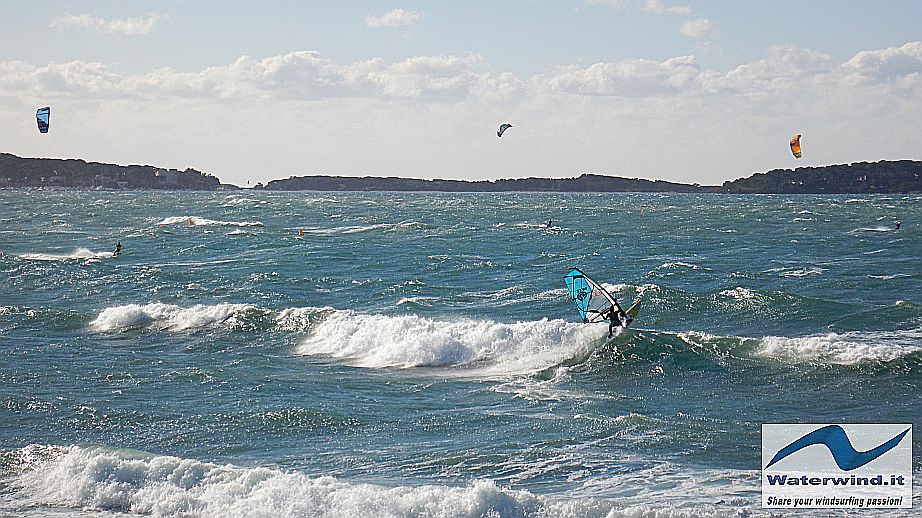 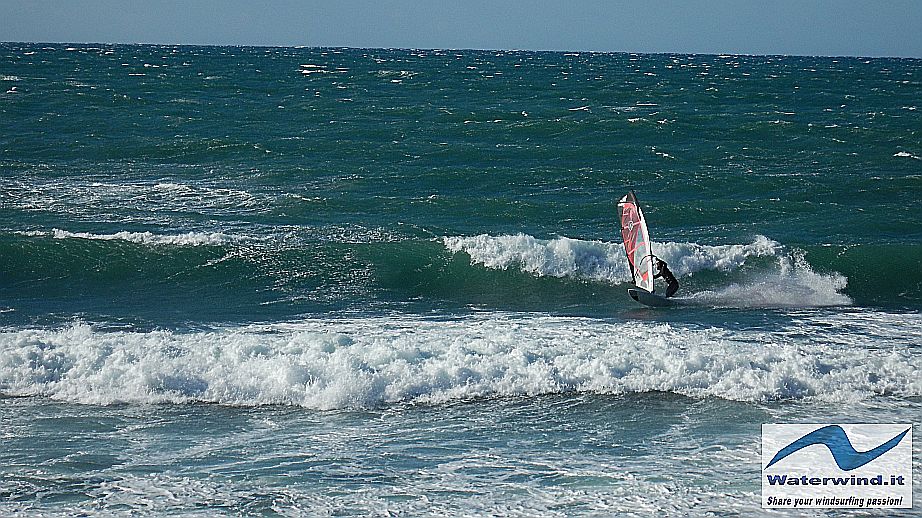 Another guy (the first one to enjoy the spot, at mid morning) struck me because he was equipped with a Tabou pocket (and a Naish sail), which I am longing as my first wave board. 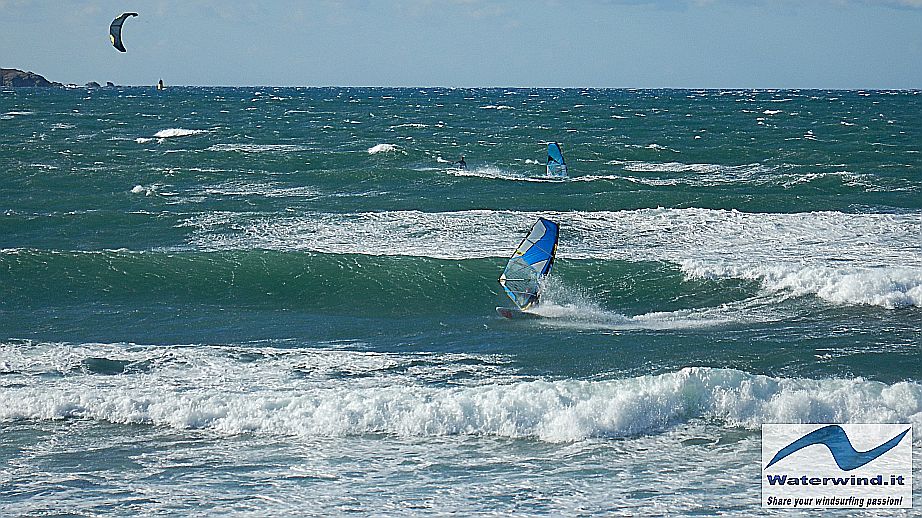 I was at the spot with Claudio Bertagna, Italian agent for Symmer, who let me know his friend Guillame. They both gave me useful advice about the spot, and basically suggested me to ride at Le Brusc, which was safer for me, 'cause my level as rider is not enough high to surf at La Coudou in these conditions (you can also commit some mistakes, but you have to be very quick to recover if you don't want to kiss... the harbor breakwater cliff).

Anyway, I already suffer from La Coudou nostalgia, and I know that I will ride here one day, after some needed training, maybe taking confidence with the spot, at the beginning, in easier conditions, and with a proper board.

Click here to enjoy the whole slidegallery of the session (you can freely download your pictures, if you want).

The video of the day filmed with my camera