Sometimes, Mistral reaches Cannes.... and when it does, it can blow very strong over Palm Beach. On 9th december 2018, the wind reached 45 kts (and maybe more), and only few guys dared to challenge those conditions!

The eastern part of Cote d'Azur has a mild climate, also because it is seldom reached by cold winds coming from the North, being sheltered by mountains in the inland. So, NW wind doesn't blow over Cannes and Antibes. But when the mistral tends to take a direction from the West, reaching that area, the spot of Cannes Palm Beach can show really nice, and even challenging, conditions.

Most of wind forecasts and weather maps clearly showed that the wind would have taken that direction, on Sunday 9th december. 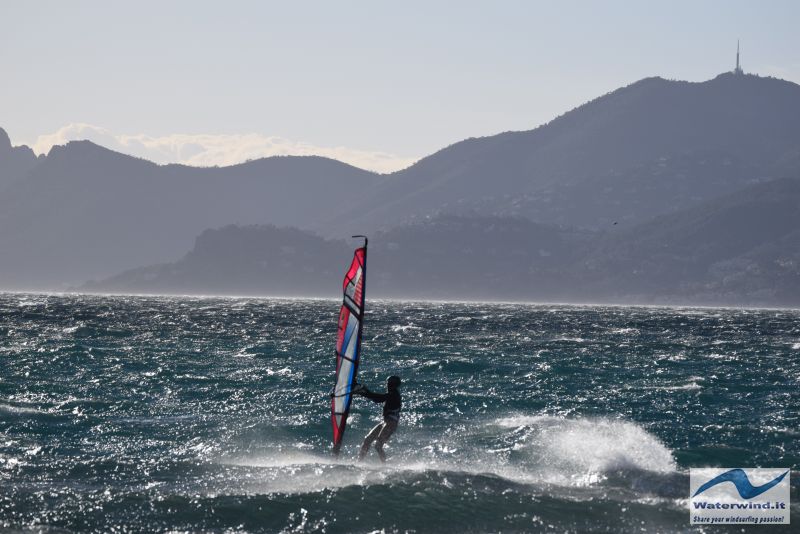 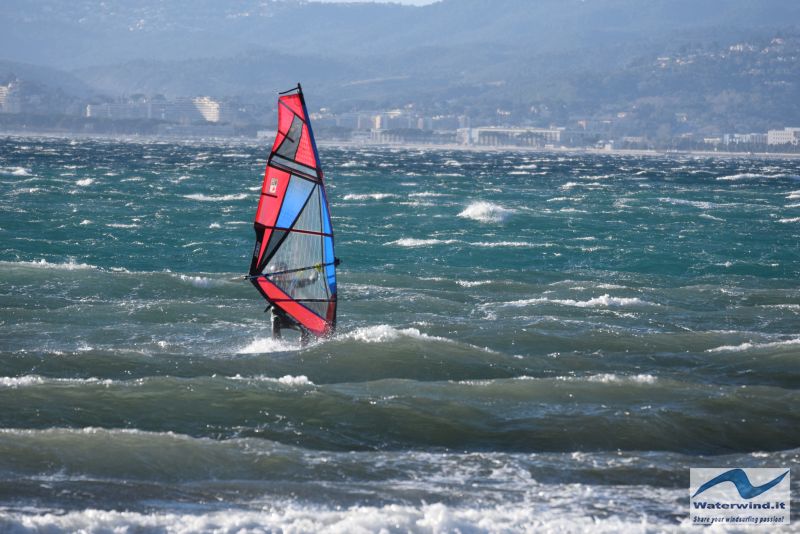 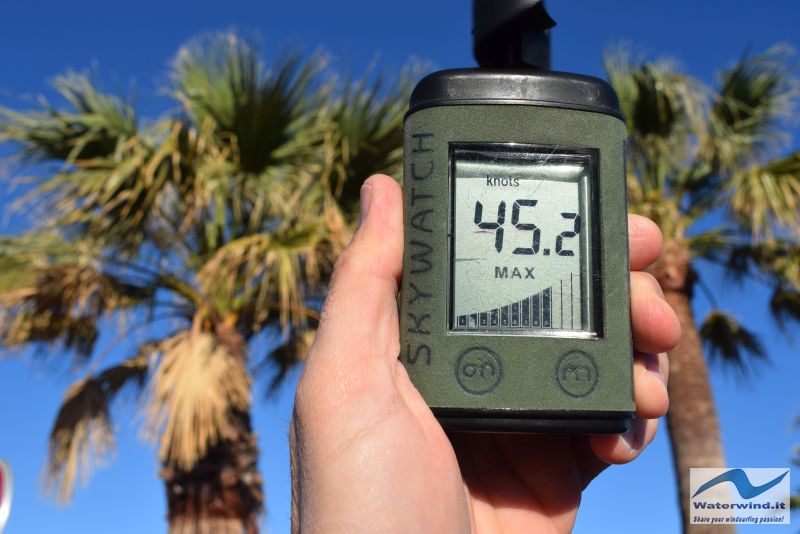 I went to the spot in the early afternoon, after having my morning session with 30 kts at Juan Les Pins. Unfortunately, I have my small Quad board damaged and still to be repaired; so, when I noticed from Juan Les Pins, that the wind was nebulizing water surface at Cannes, I understood that it was not the case to ride at Palm Beach with my 106 FSW board. 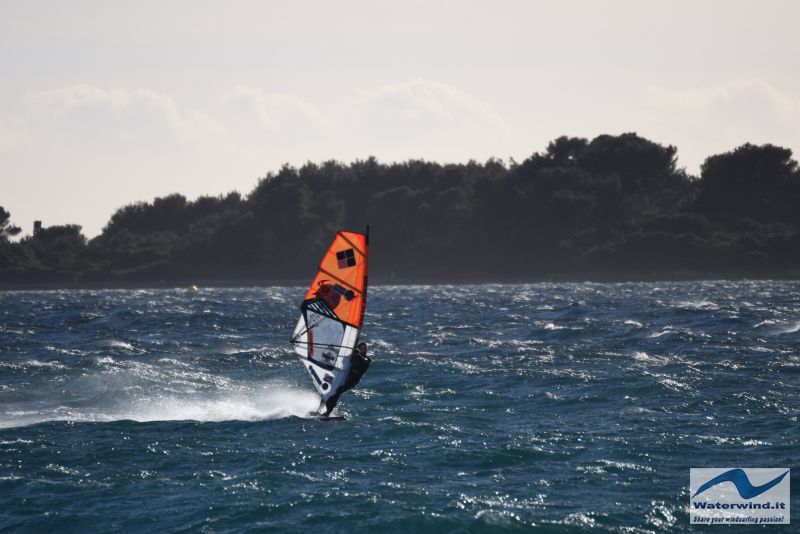 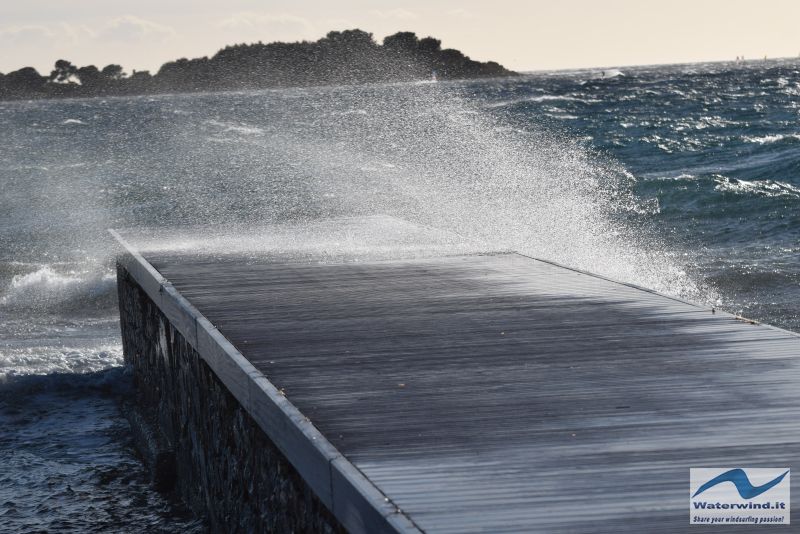 When I arrived at Palm Beach, I had difficulty to stand up, for the wind strenght! In the stretch of sea between Palm Beach and the Isles des Lerins, there were choppy conditions, with sometimes long, but relatively small waves (maybe higher offshore), and wind intensity that, probably, exceeded 50 kts in the strongest gusts. It was clear that Winds-up.com windmeter, at Cannes, is not reliable with West wind, since it reported only 20 kts, over the spot.

The most suitable equipment would have been  a 70-75 liters board and 3.4 sails (more or less), but I saw riders with bigger boards and sails, some of them not totally under control while sailing. Anyway, there were some locals who were really enjoying the exceptional conditions: among them, Orion, a guy, with a Tabou Pocket and GA sail, who kept on performing speed loops, both on port tack and on starboard tack. Chapeau! 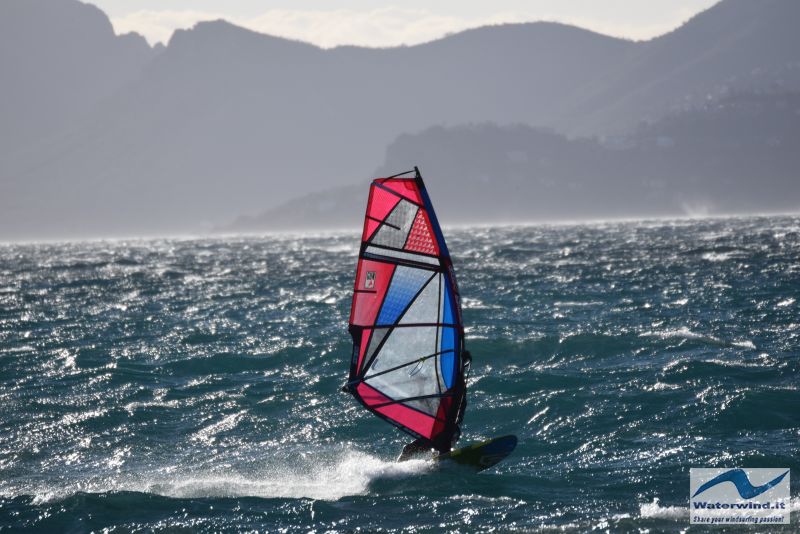 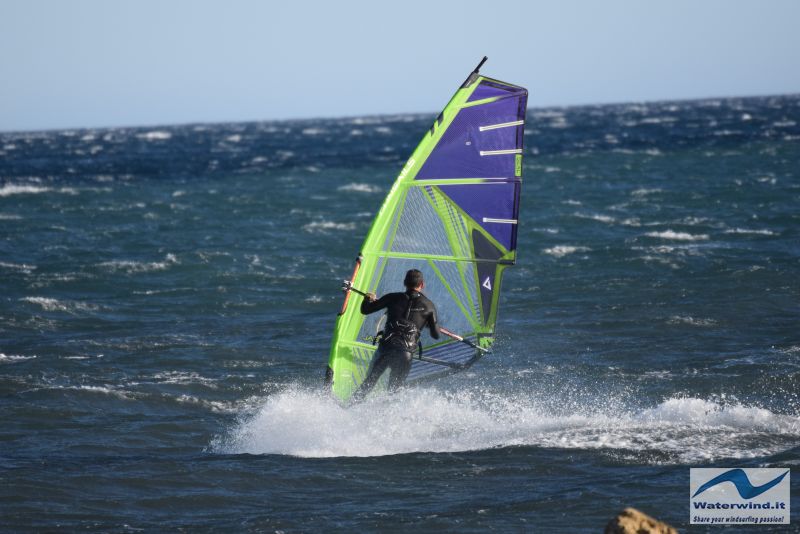 Clicking here, you can enjoy the nice slidegallery of the day, clearly showing the exceptional conditions.