Windsurfing season has already begun at Pier (Garda Lake). On Easter eve, we enjoyed a great day with Ora wind at 25 knots. It didn't rise early, but it lasted long.

Windsurfing is a well known mental illness .... So, when I woke up at 4.30 on 26 night to go to the bathroom, I could not resist the idea to turn on my smartphone and check anemometers .. ... at Valmadrera (Como lake) light wind from the south, instead of the good North foehn predicted by meteoswiss, and at Torbole (Garda lake) 3 m/s from NE, a sign that the Peler predicted by 3Lab would have been a dream . That 's when I decided to go to Pier (Riva del Garda) to enjoy the Ora wind in the afternoon, and went back to sleep. 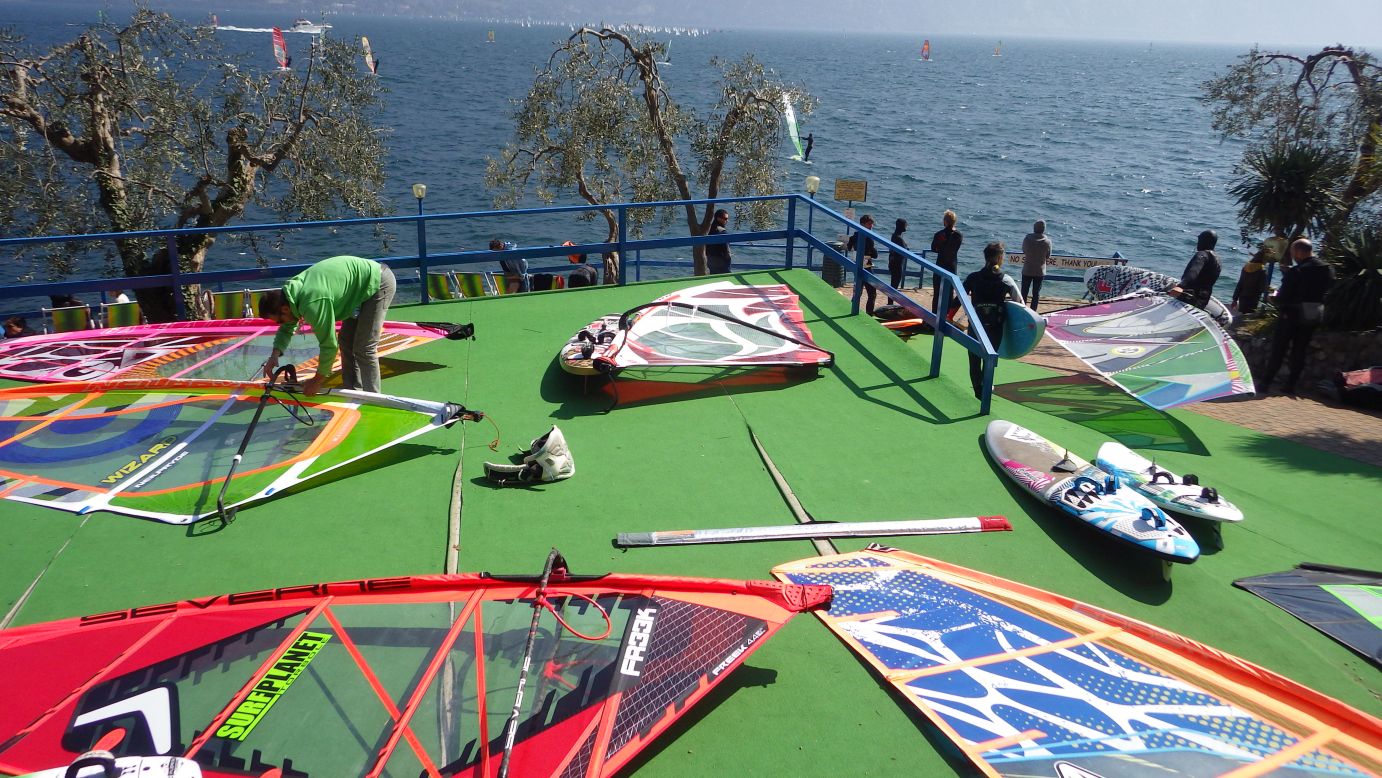 Chronicle. I leave from Monza, where I live, just before 9,00. Before arriving in view of the Northern Garda (always exciting the landscape, driving down from Nago to Torbole), I meditate to have mu session at Shaka center in Conca d'Oro. But the view of the lake is at the same time fascinating and terrifying! Did I miss something? Today in Torbole Riva are held the Olympics Sailing ??? The lake is dotted with hundreds of boats in regatta, and riding between the two sides of the lake there would be an ordeal. So I decided to make the last effort, and get to Pier spot, which is a little more South. 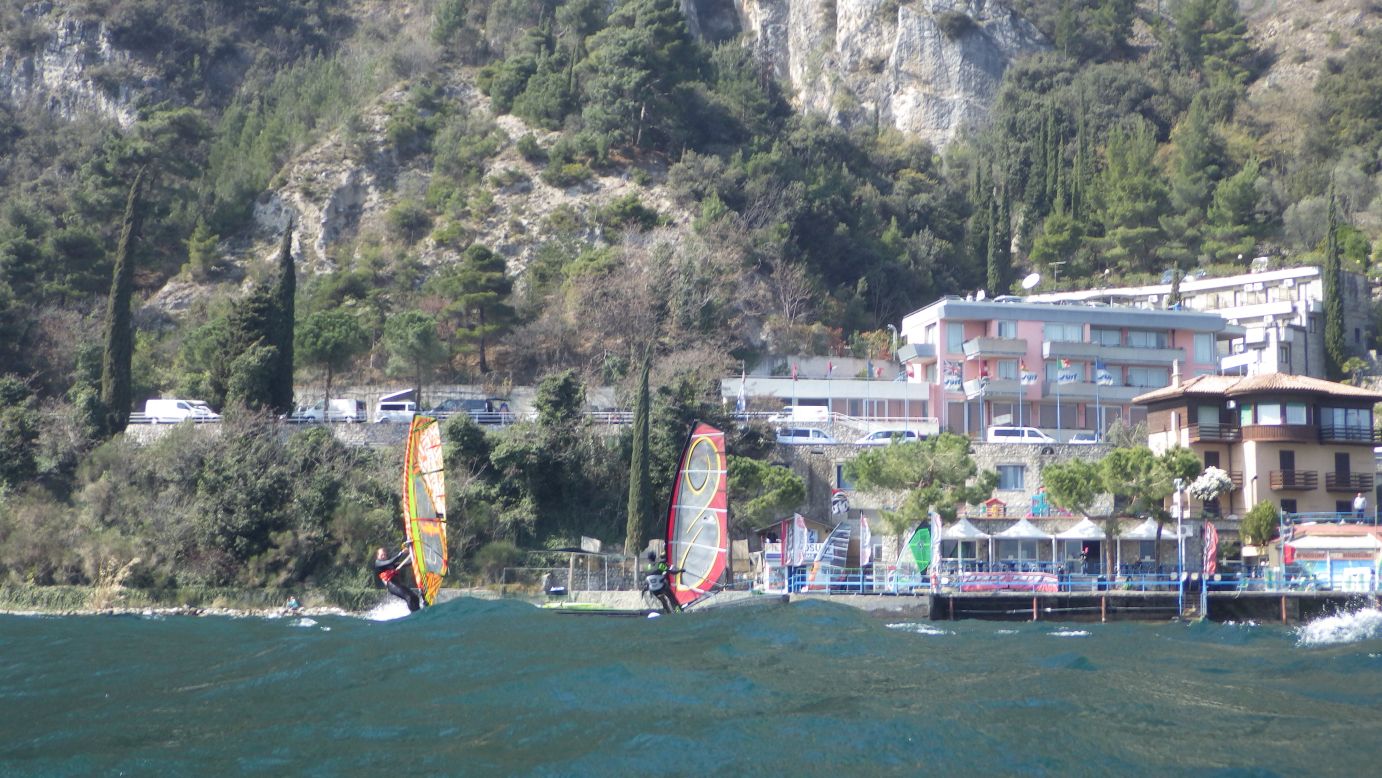 Parking at Pier today is a problem. For the first time, I am forced to park in the upper parking lot, above the hotel (the ramp to get there is really steep). But first, I need to discharge the equipment from the car. Yes, but what? It is 12 o'clock and the Ora (thermal wind) is still unpredictable (strange here). We are at the beginning of the season, and now it should start strong. Instead, it seems to hesitate. In the doubt .... I discharge almost everything .... 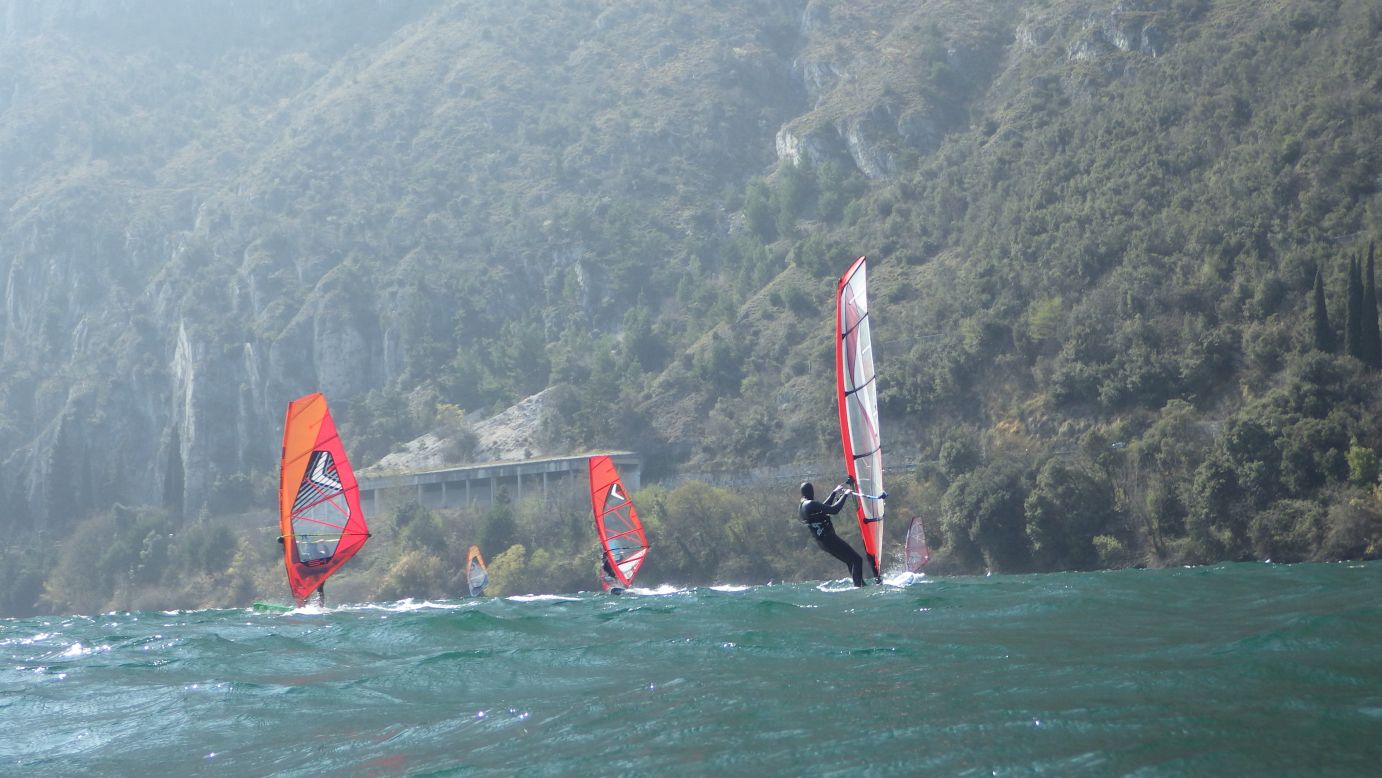 I eat a sandwich, in the meanwhile ....
The wind does not rise. The freestylers, with sails of 4 meters and the small boards, are out, mostly, to float without planing. Carlo, my friend, as usual opts for a large sail, this time a 7.9 slalom sail (a new Gun sails), and Michele (another friend of mine) for a 4.4 freestyle sail......! At the Pier, only in the summer hottest days, I happened to go out with sails of 6 meters .... But after all this road to get here, I do not want to risk it, and I go wrong .... rigging an Ezzy Cheetah 6,5 with an HPL carbon boom, just bought used, and a Tabou Rocket LTD 115. 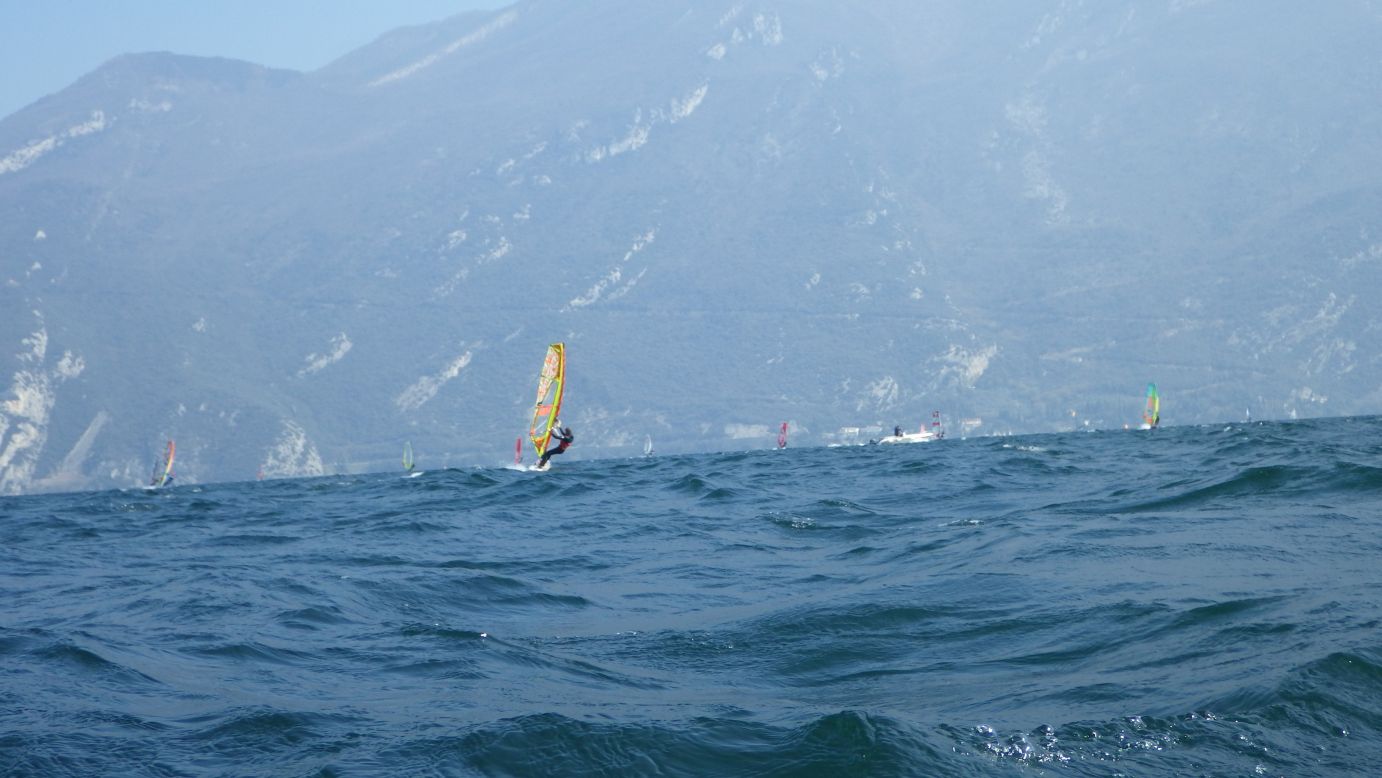 I enter into the water at 13,00. At first, the set turns out well chosen, and I am among the few to systematically get planing (toghether with another boy with a North slalom sail, and some others, riding just to the south of Pier, where the wind picks up a bit). But from 13.30 onwards, the Pier remembers his name, and now the wind enters strong (especially from 14 onwards), steadily reaching 25 knots, at least. A show! The day is beautiful and sunny, with 17-18 Celsius degrees; still fresh water, but not as cold as in February. 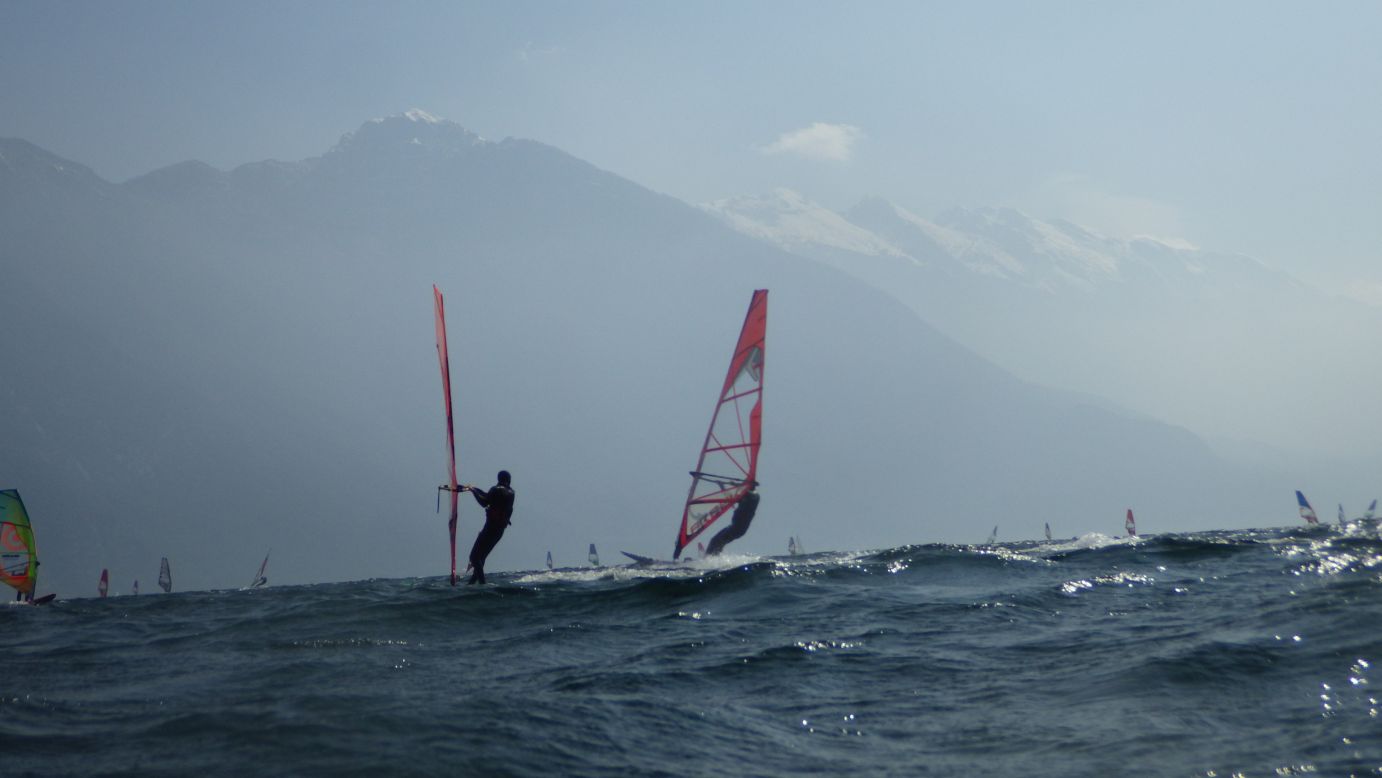 From 13.30 onwards, I begin to be definitely overpowered with the 6.5. I see Michele planing with the 4.4 and Starboard flare 91 - maybe it's just a few kilograms less than me! I must say, though, that my quiver even under these conditions is fantastic: the Tabou fly over the water like a missile, remaining down on the water, and in control, and the Ezzy Cheetah holds overpowering very well. The Ezzy are fantastic sails, and always give soft feelings (no violent pushing under gusts). The boom is fantastic too, light and stiff. it's a pity that the Hawaian Pro Line has no longer been selling boom since 2009. I reach remarkable speeds.

The only problem is that I am not Antoine Albeau, as far as training concerns. However, in the moment of maximum muscles warming, I close some good fast tacks, and jibes. I must also say that the continuous change of board type does not help me, and now I am more accustomed to maneuverability of FSW shape (especially) and Wave shape (less). To bear away with the Rocket, I also find myself to raise the front heel ..... 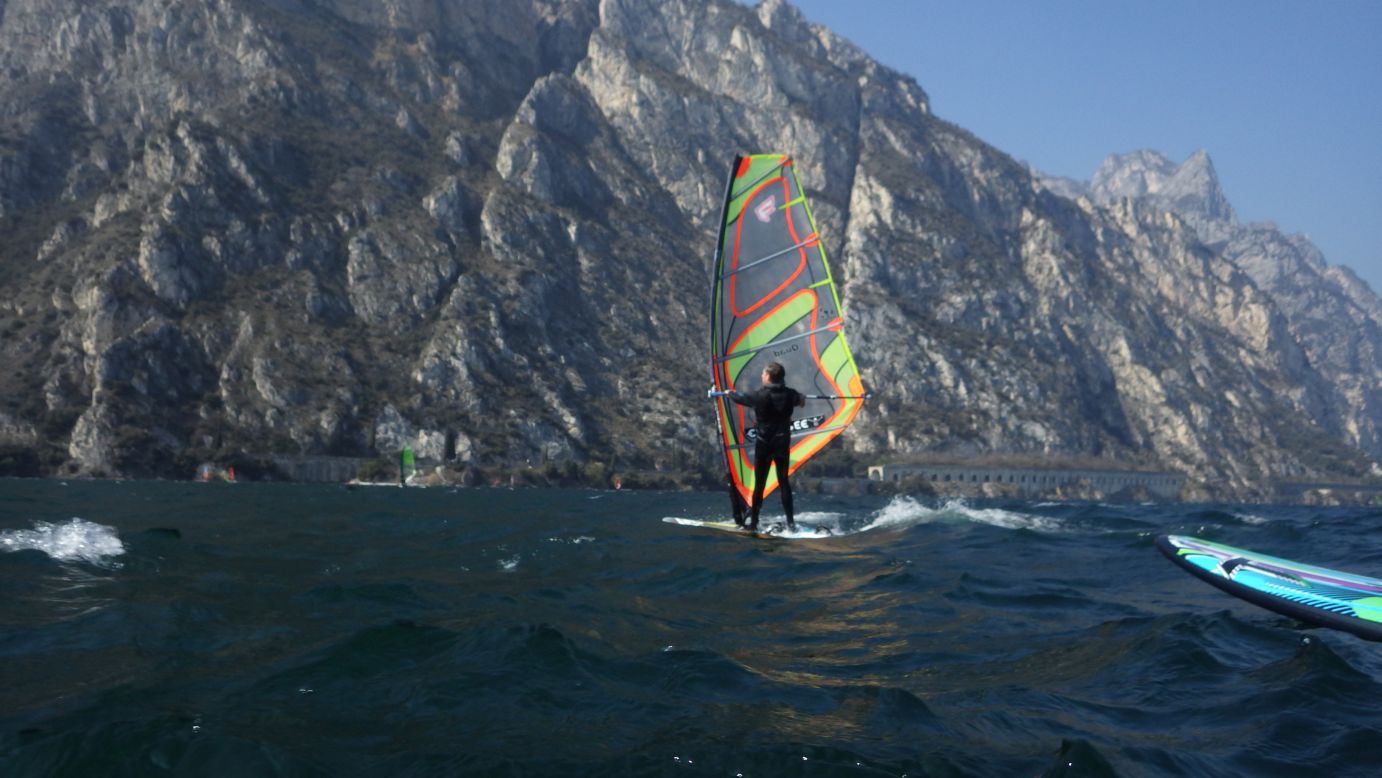 After an hour of battle with the 6,5, I decide that if I want to enjoy the rest of the day, I have to reduce sail. I go back to shore, and with the help of Marco, my local friend, I rig the old Simmer Spark 5.5 (my Ezzy Tiger 5.5 is out of work ....). Not to remove the 45 extension from 6.5, I use the 30 extension with an Ezzy 4.00 mt mast. The sail would require 431 cm as luff. Uhm...The result the comes out is not perfect. It would be needed a few more cm of downhaul. The mast is not bended enough. But I decide, in the rush to get back into the water, that is fine. Powerex 140-190 carbon boom, also bought used recently. 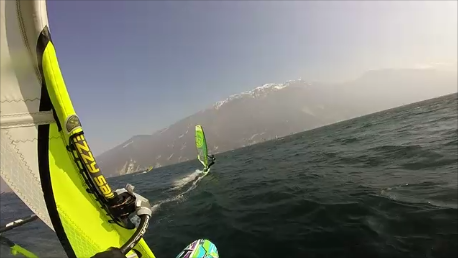 At 14.30, I begin the second part of the session, always with the Tabou Rocket. Even the 5.5 is more than enough, and even with this sail I get steady planing, but at least, I have a lighter and less strenuous rig. In fact, even today at Pier, it would be good a 4.7 (the sail I usually use here), and a smaller board (for me Tabou 3s 86, or RRD 102 firewave). I must say, though, that the Simmer is more nervous of the Ezzy, giving me sudden thrusts on gusts, perhaps because too fat (I pulled the outhaul very much, to compensate the light mast curve, an make the battens turn better).

I am having a very good time, and I decide that I will be off even when the spot will be in the shade, to enjoy it all.

I often meet Michele in the water, circling around me, with his usual agility, while doing freestyle maneuvers. I often take a video of him, and we exchange impressions in the water. I also film him in water with the Go Pro, while planing together (see video). 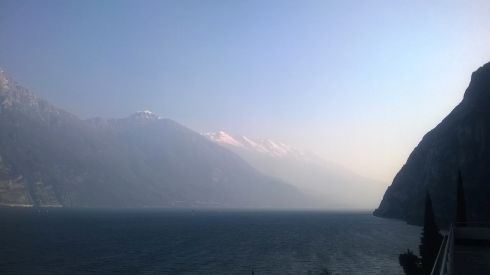 The wind now blows strong. At Pier, in general, games end when the sun goes away, falling behind the mountains, about at 15.30. Today, however, it doesn't seem to give up, and the last riders will come out of the water almost at 17,00.

We will absolutely have to return to Pier, to get some training, before going to Tenerife ....