The windsurfing spots, in the Cape of Good Hope area, have a unique appeal. We would have liked to start exploring them, beginning with most forgiving ones. On the contrary, on Saturday, January 26, 2019, we ended up trying first the most challenging one, maybe: Cape Point. It was a day to remember, in which we could also observe many skilled riders in action.

My friend Sergio had told me: "for the moment, I would avoid the spot of the Cape Peninsula....". Well, I listened to him and .... I immediately began with Cape Point, the most demanding .... Ah, ah.

On Saturday, January 26th, there was no other choice. The forecasts gave a wind very much rotated from East/South-East, which would have cut off all the spots at north of Cape Town, in the Western Cape. So it was an obligatory choice to direct to the spots near the Cape of Good Hope, the only ones that surely would have worked. I would have liked to go out to Witsand (or Scarbourough), because that stretch of the Cape coast has literally bewitched me, and because Witsand, offering about 200 meters of sandy beach, is a relatively easier spot than Cape Point (read the detailed review of the Cape spots ). 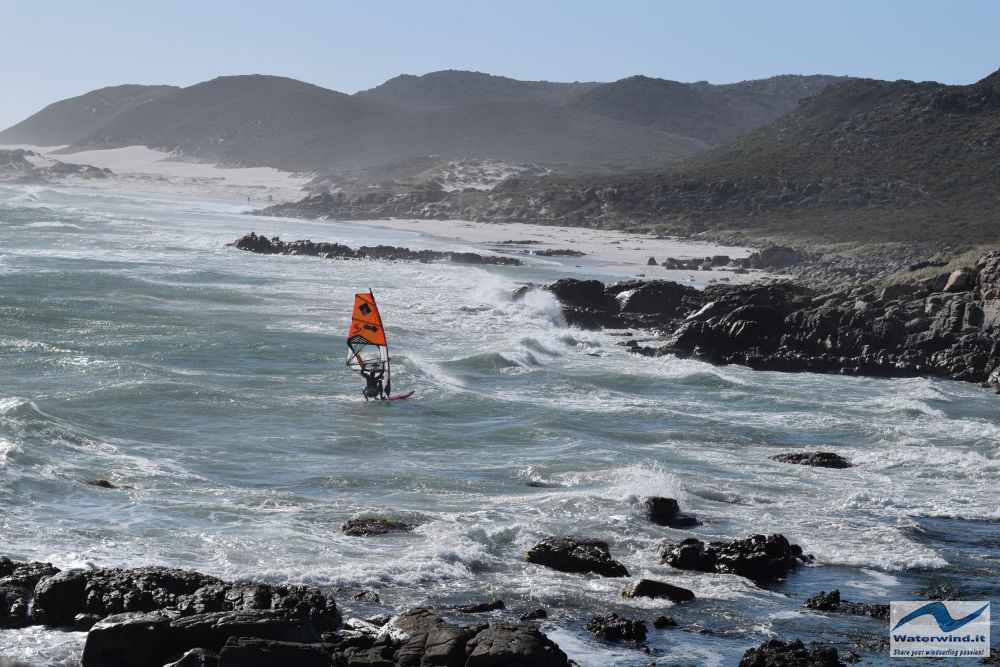 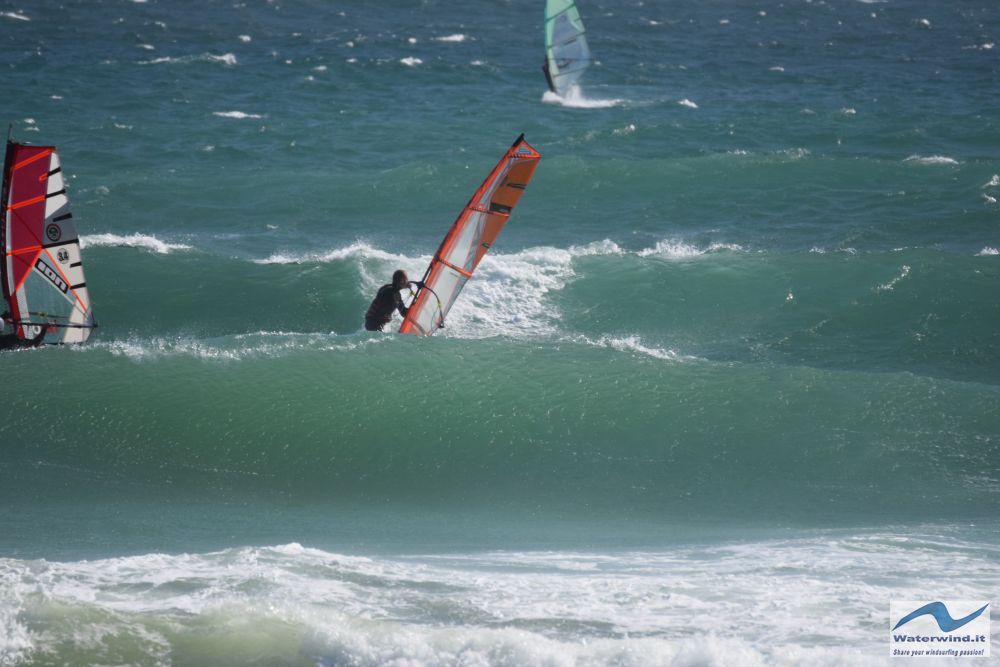 But when, with Alessio, we went to see Witsand and Scarbourough, in the morning around at 11.00, the wind was not blowing yet, although there were already small waves (1-1.5 meters), beatifully clean, as often happens when the wind still does not blow over the spot. In the afternoon, we know that the two spots worked, and it would probably have been right to stop here. But in the end, we decided to go on the safe side, as far as the wind is concerned, and we went to try Cape Point. 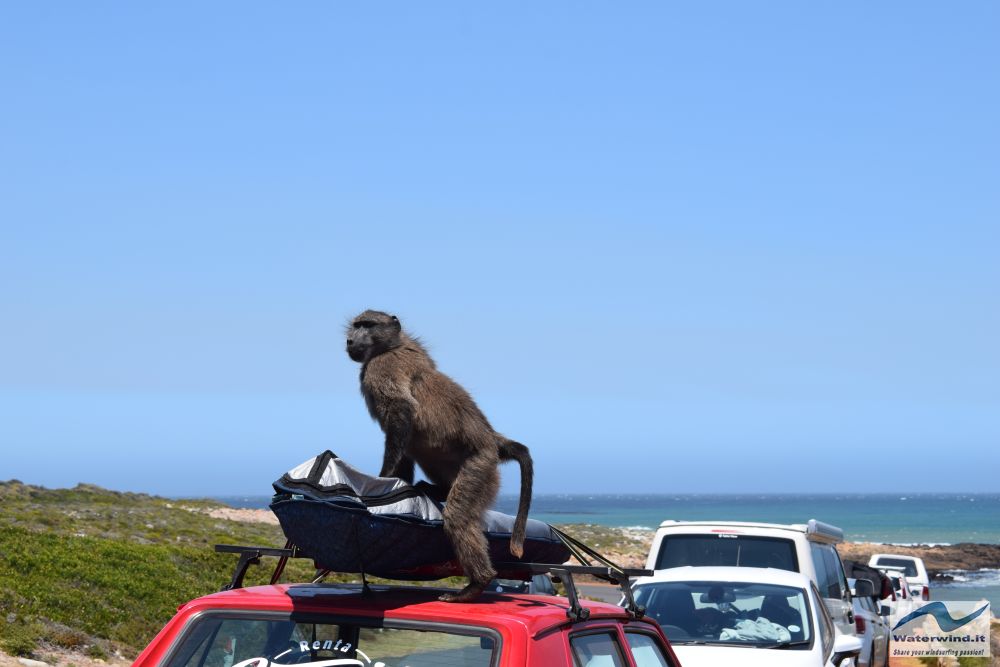 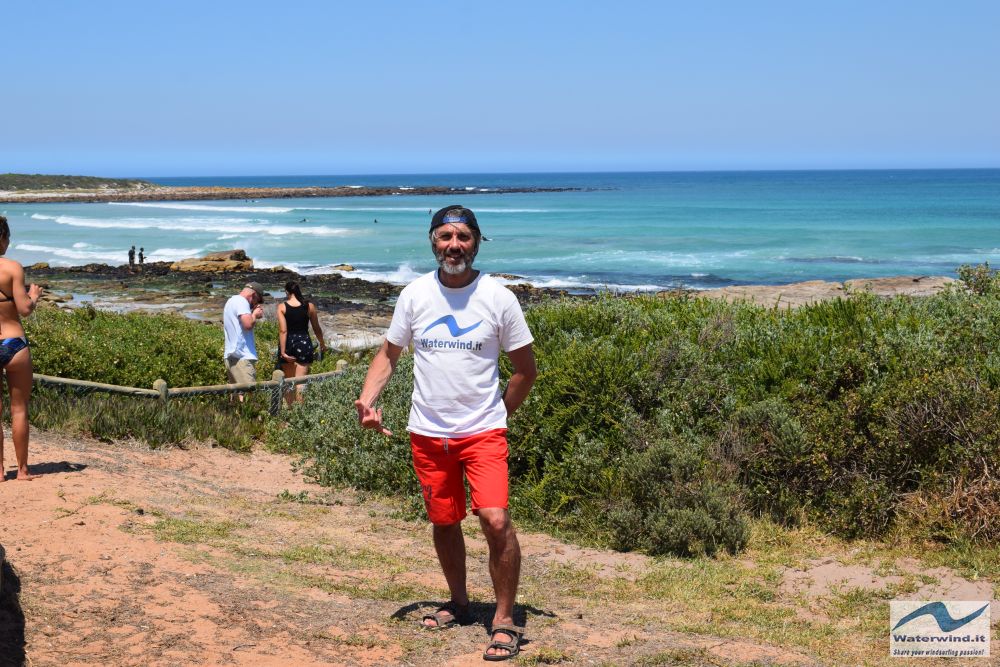 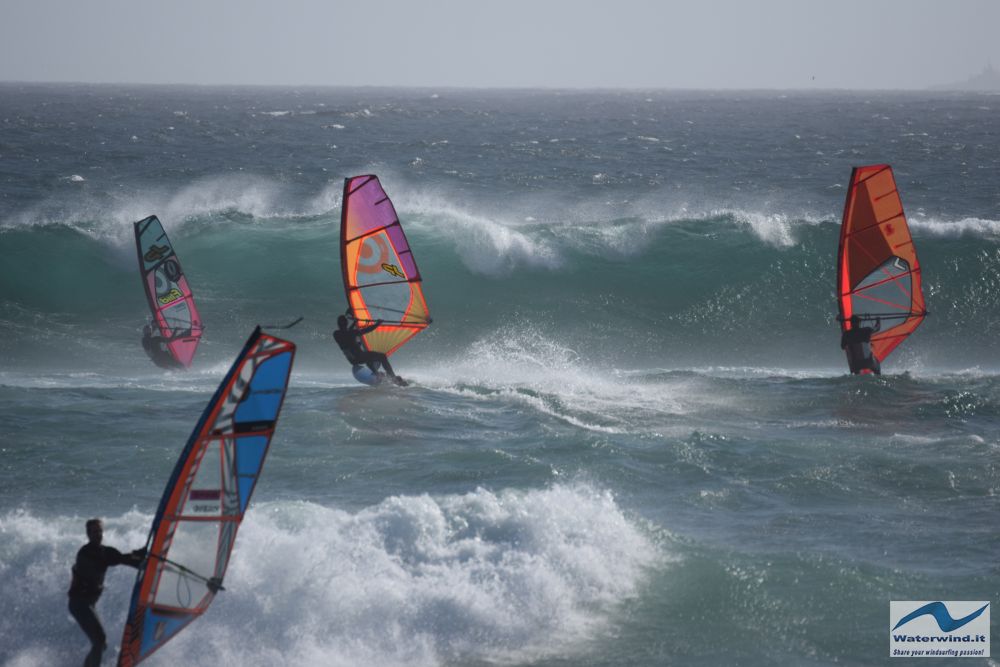 Chronicle of the session at Cape Point on January 26, 2019

So, I came back to shore definitely, and I started to take pictures of riders in the water, intent on enjoying the waves of the point break. Near me also the South African photographer (and ex windsurfer), Maleenh. In the water, Fabio Calò and several French professional riders, among whom stood out the very young but talented Baptiste Cloarec (F258). The glassy waves of the morning got a bit messed up by the overlap with the windswell. But the best riders did not seem disturbed (not even by gusty wind), and kept on riding, also closing several aerials, wave 360, and loops. Things that make you think (but also longing not not to have almost 50 years, but again 20 ....) 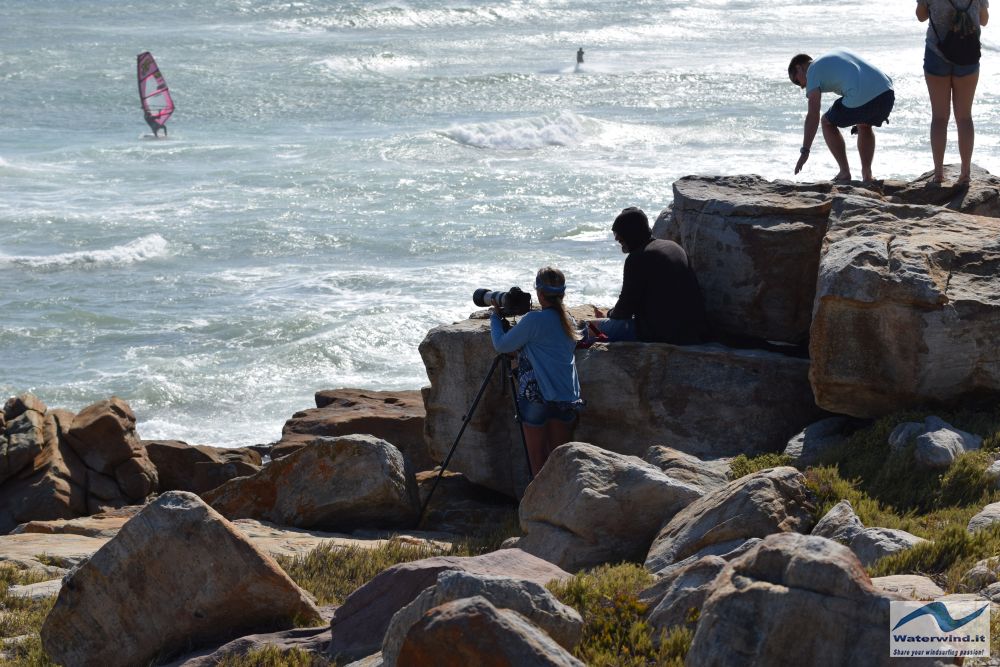 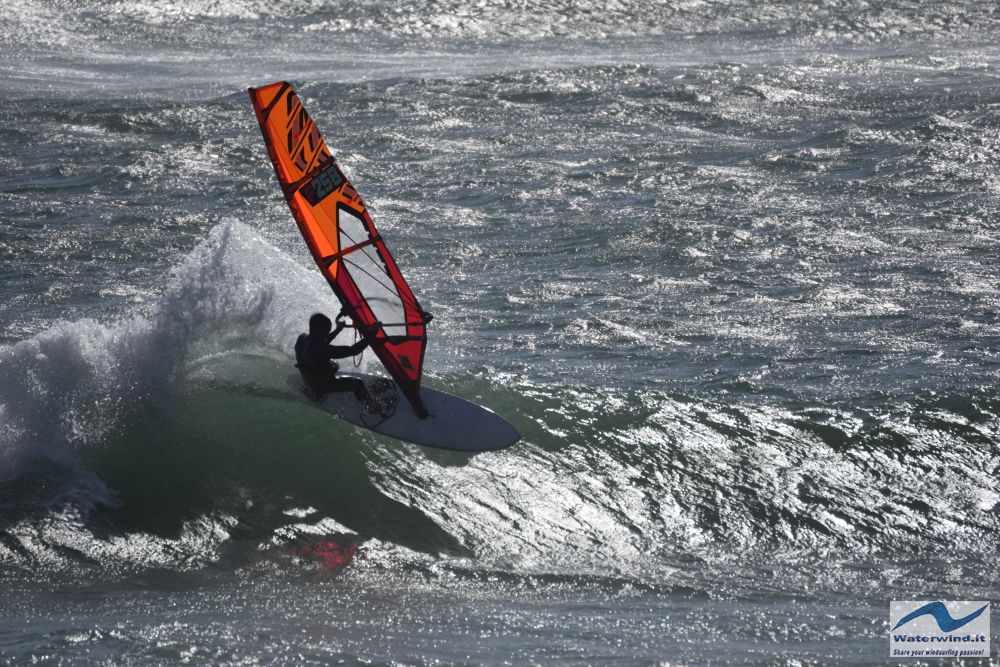 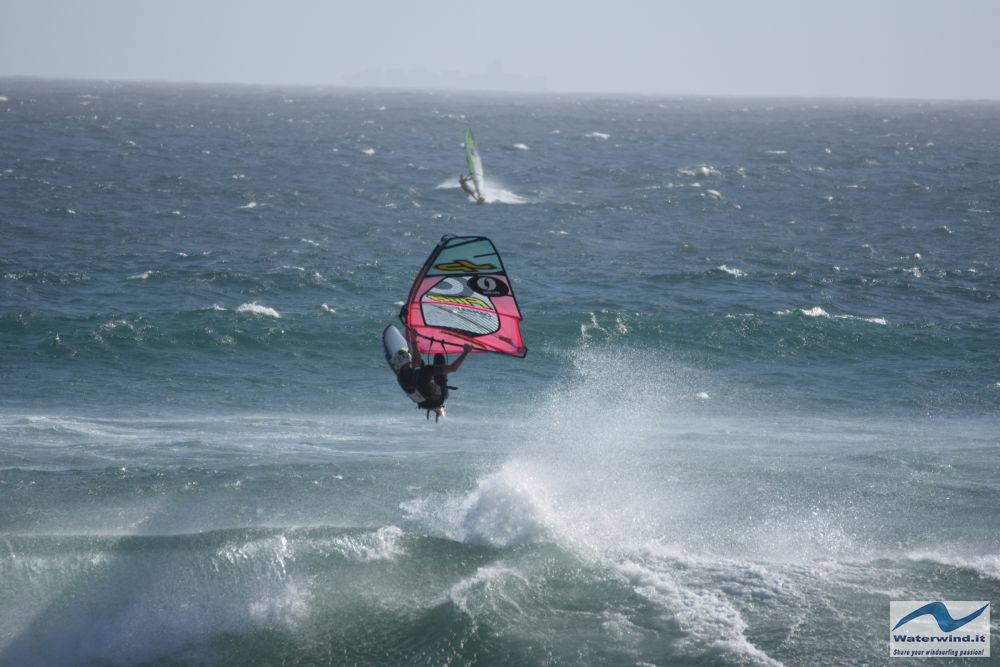 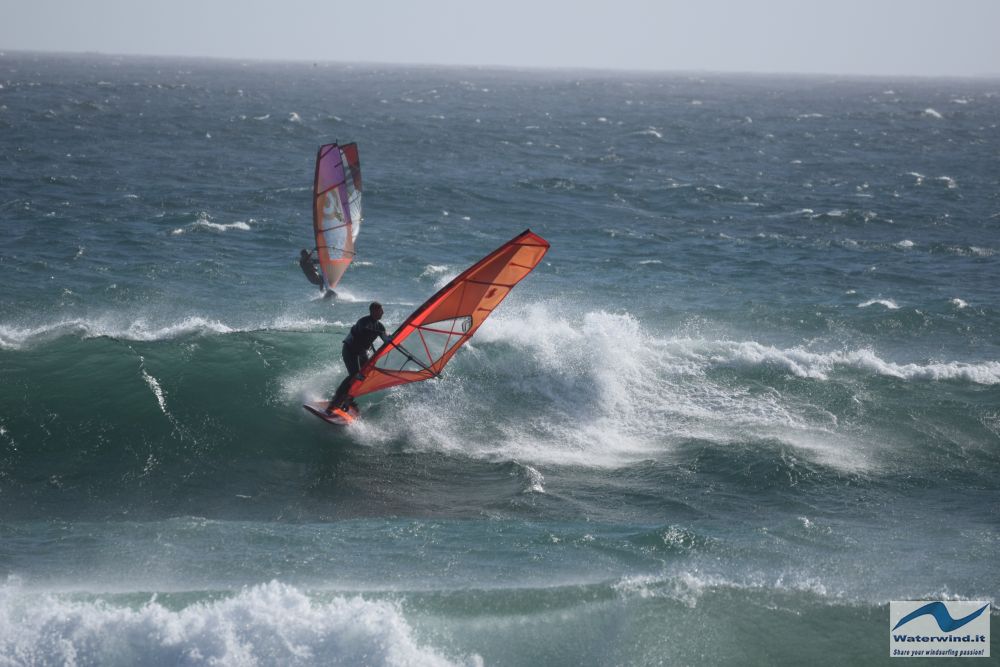 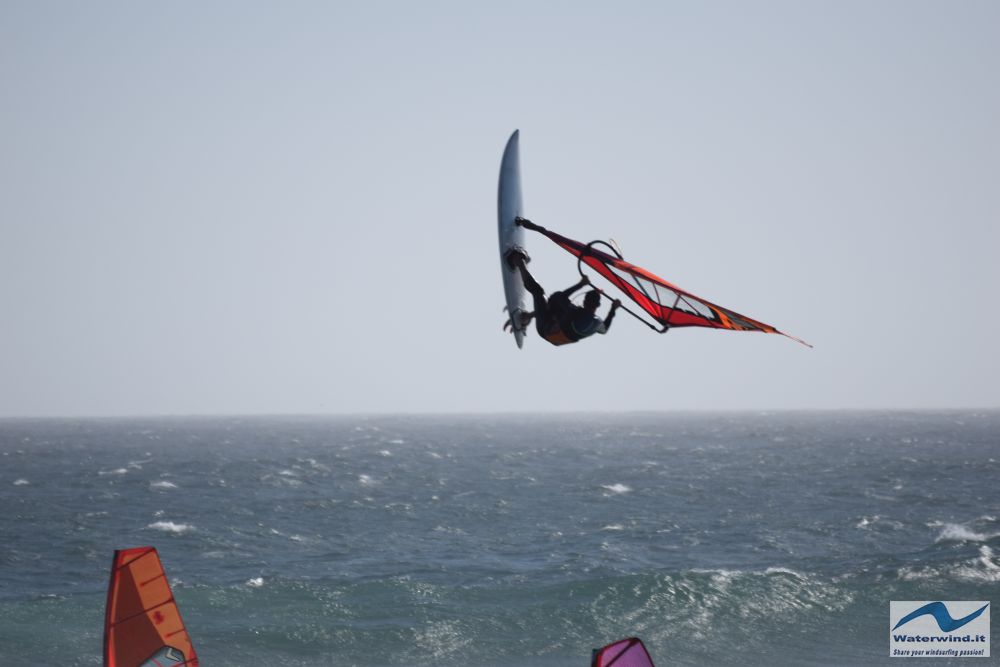 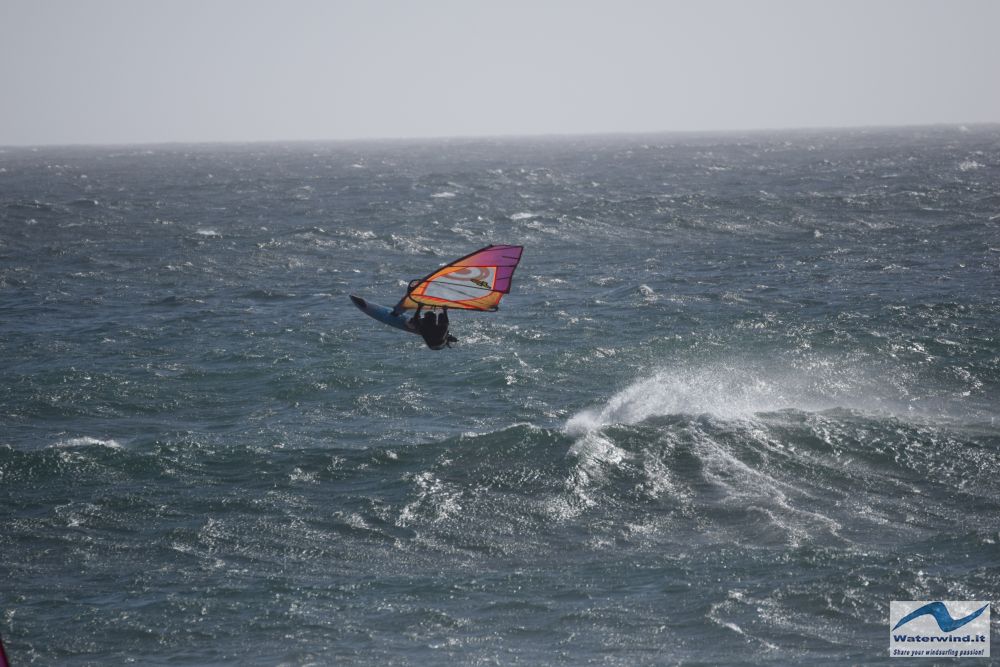 In the middle of the afternoon, my friend Alessio again threw himself into the fray with the 71 and 4.2. He kept fighting, and he also almost closed a back loop. Congratulations!

Around at 17.00, I finally returned to the car, satisfied with the photographic material and videos acquired, and I headed to the beautiful Noordhoek Beach to enjoy the sunset.

Although I have landed big maneuvers ...., I will remember this first exit at Cape Point for a long time ....

Click here, for the complete slidegallery of the day, we invite you to enjoy yourself in peace.