During our 2020 holiday,  Cape Town, South Africa, has given us wind until the last days. On January 22, 2020, after admiring the Pros performing in the water at Witsand, with very strong wind, we opted for an afternoon windsurfing session in Sunset Beach, which often confirms as very fun.

We hoped that Witsand would have given another good day, and, above all, a quality swell like those of 21st January (read report). Unfortunately, the very strong wind on the 22, at least in the morning, partially leveled the sea, in addition to making the exit extremely physical. However, there were some nice jumping ramps. And, due to the strong wind, the jumps were beautiful high, with the Pros who landed forward (even double), push and back loops, 10 meters high ..... 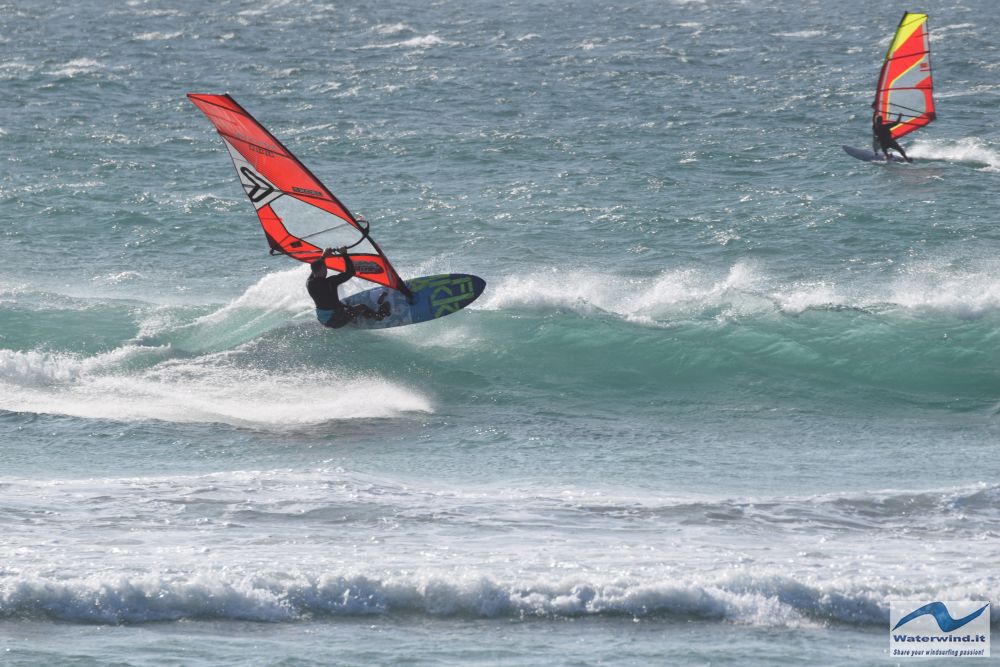 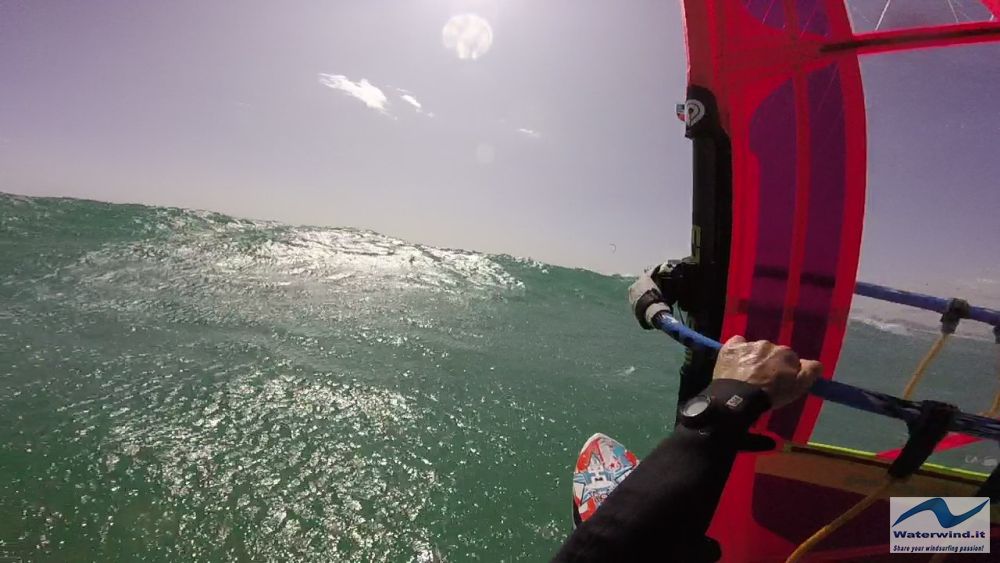 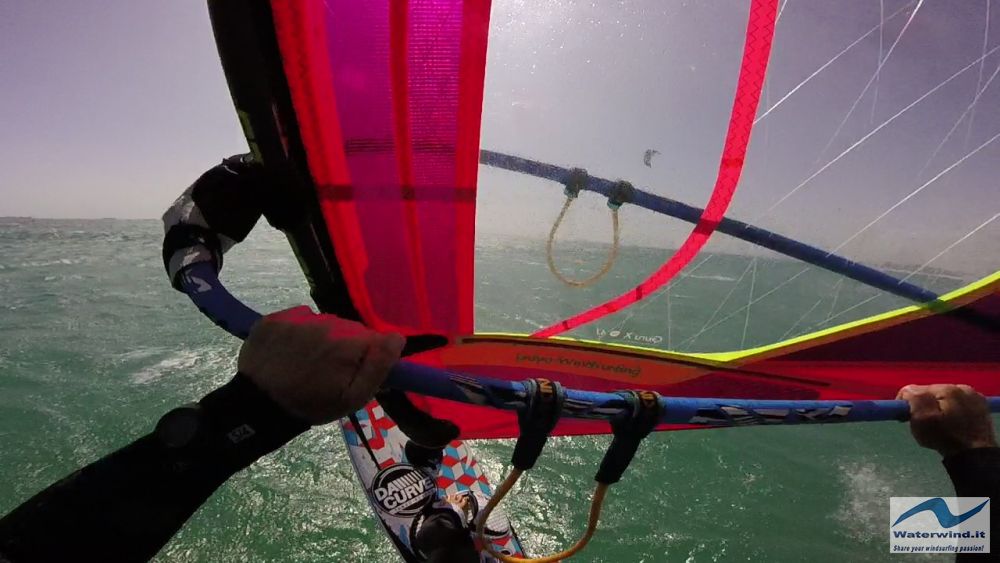 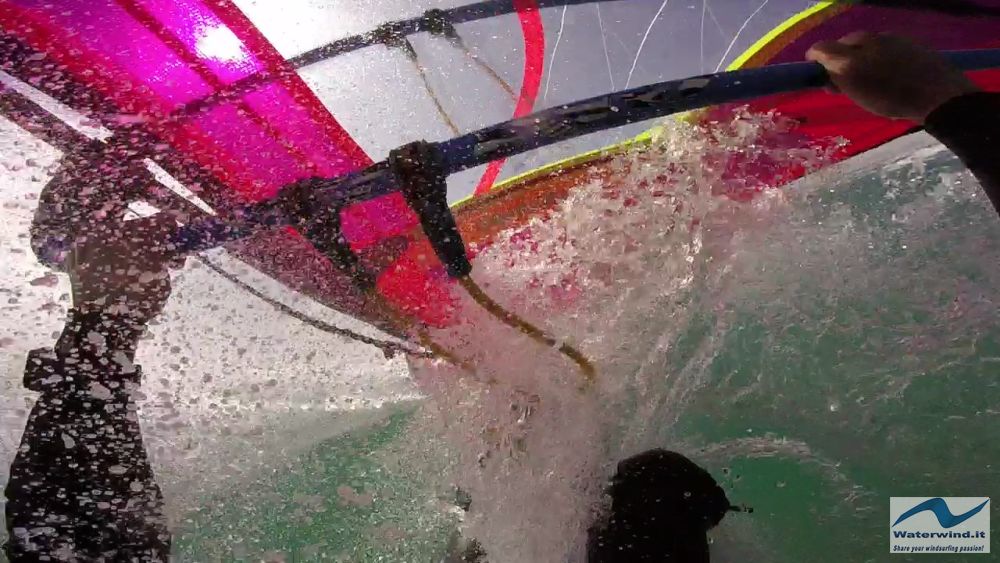 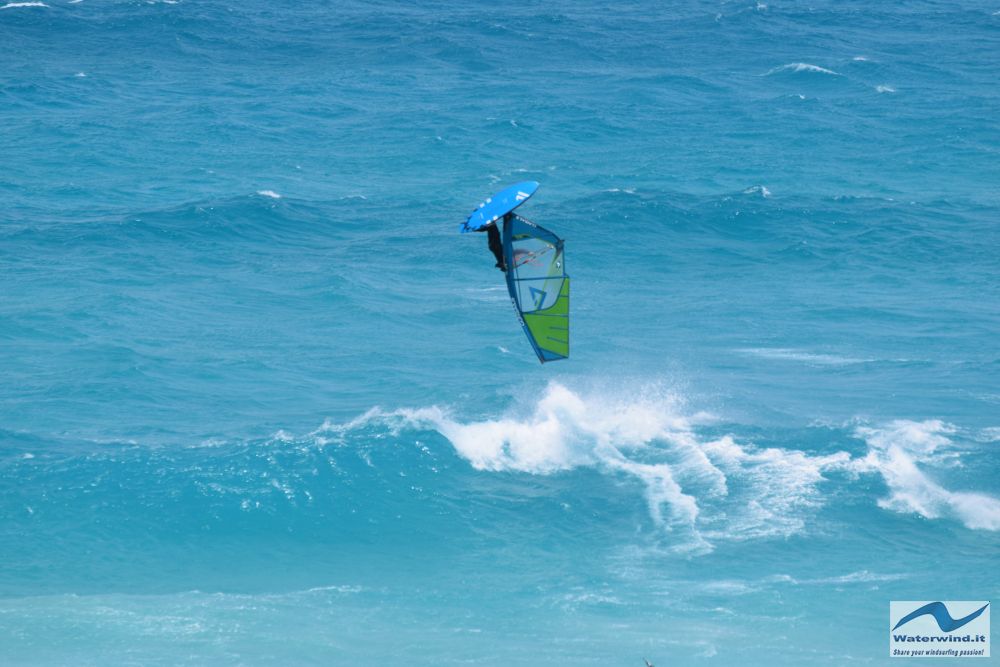 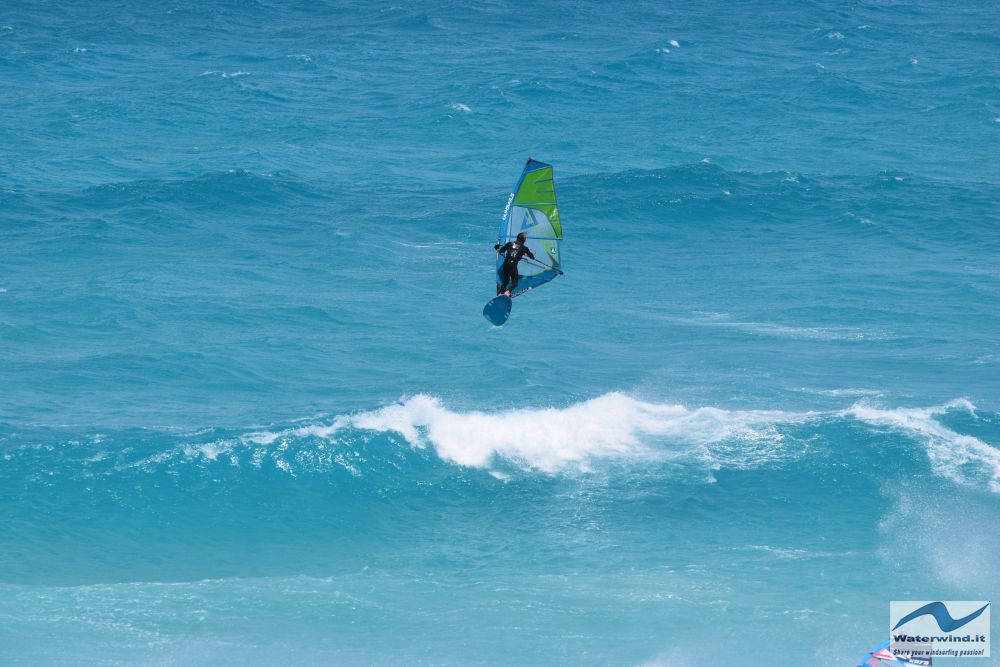 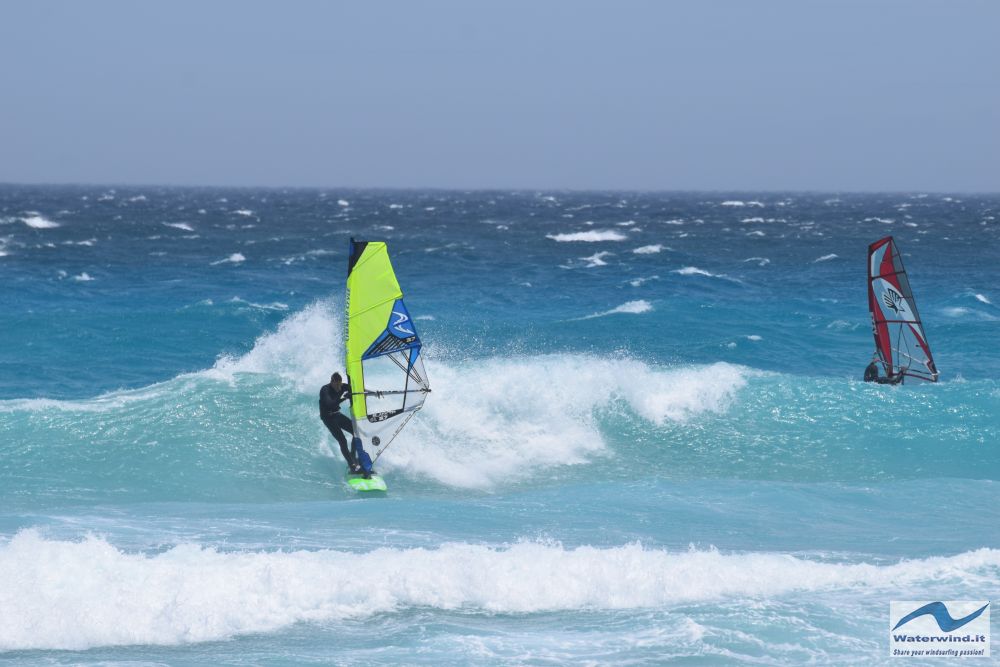 When we arrived in Witsand in the morning, in the water there were no more than a dozen windsurfers, mostly professionals, who showed truly remarkable skills. Sails not exceeding 3.7. Among these, I was able to admire Marc Parè Rico (Duotone and Fanatic), David Jeschke (Fanatic, Gunsails), Lucas Meldrun (K579, Duotone, Fanatic, with a 3.0 ...), Miguel Chapuis E99 (Neil Pryde, Jp). and Alessio Stillrich (Simmer).

Time passed quickly while I was admiring this show, and almost without realizing it, it was half past one p.m. . The wind, in the central part of the day, also dropped a bit, and I probably would have finally managed to ride with the 3.7. But I reasoned that, for me, it would have been more didactic and useful to stay in the water two/three hours at Sunset beach (where in the meantime the wind was beginning to blow), than almost an hour in Witsand. So, with my mind full of the beautiful images of Witsand, I moved to the spot near home. 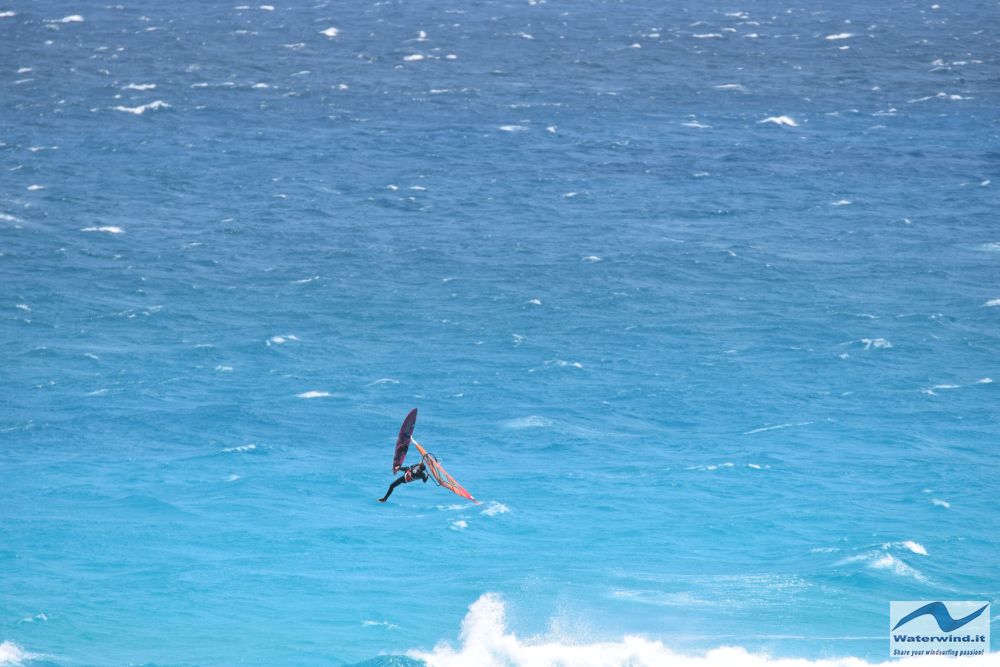 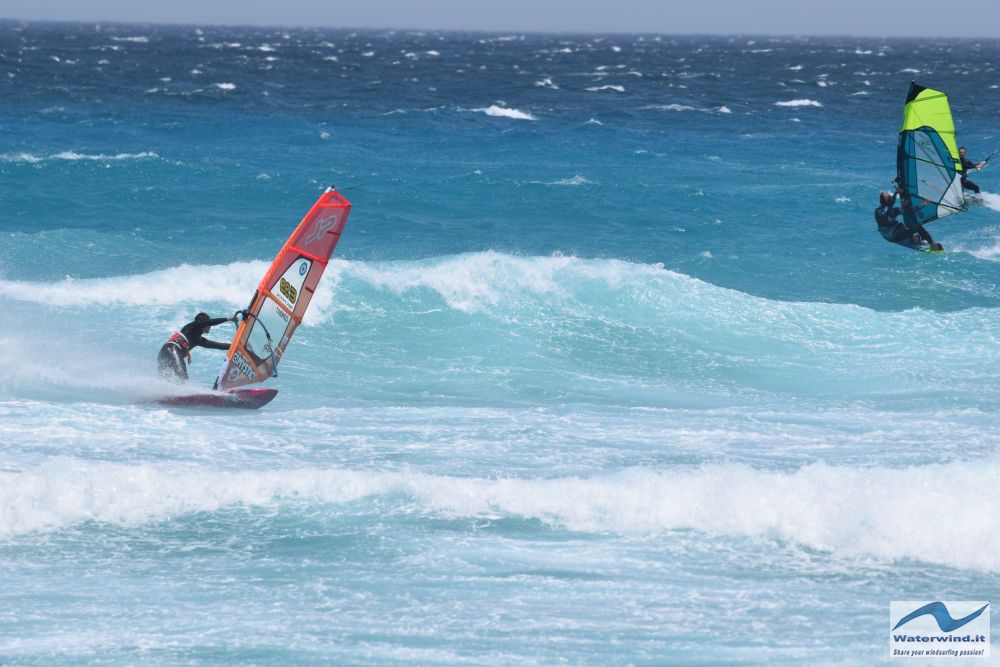 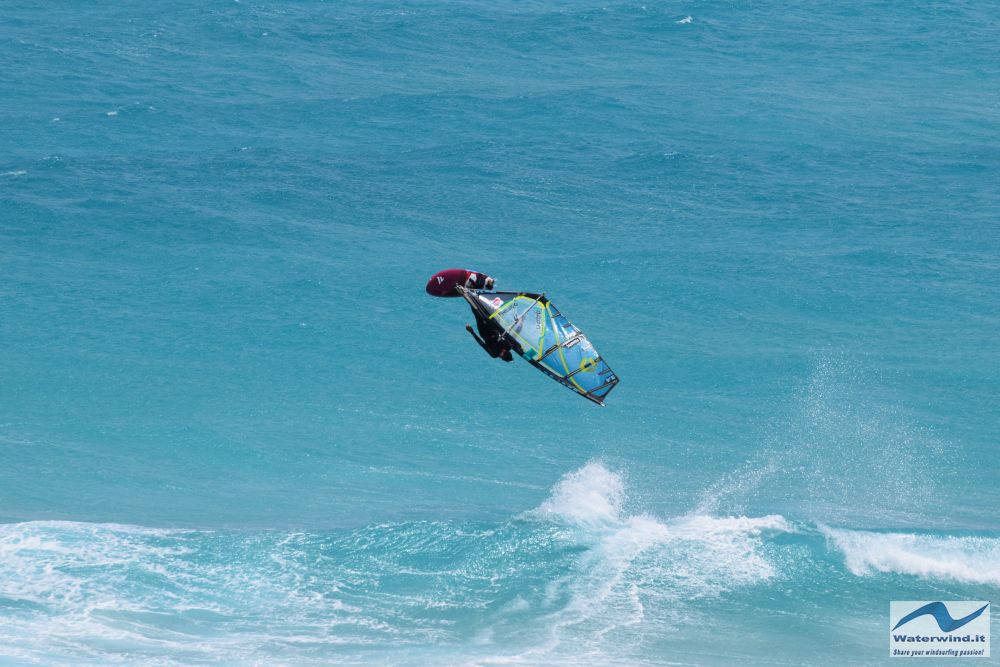 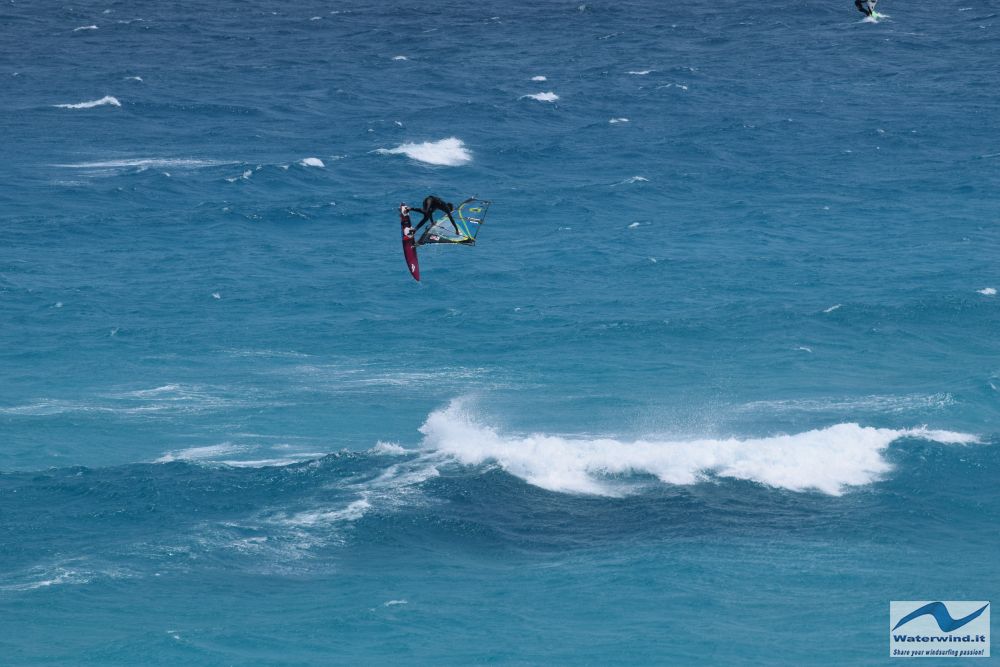 I entered the water in Sunset Beach at 15.30 with the Goya Guru X Pro 2020 4.7 (with boom end fixed to the higher clew, to give more power to the sail), and the Tabou Da Curve TE 80 2016 with k4 fins (Scorcher 16 central, and Sharks, as side fins). The first hour was a lot of fun. The good physical training, gained in the many sessions during this holiday, allowed me to have a good responsiveness when maneuvering. How nice it is to ride in a spot, which allows you to make two beautiful consecutive jibes, a nice high jump on a wave going offshore, and some surfing on the way back ....!

Around at 16.30, the wind rose, as usual in Sunset Beach. I would have had to rig the 3.7 directly, and instead, not thinking the wind had become so strong, I rigged the Ezzy Elite 4.2 2017, thus finding myself overpowered in the water. Sunset Beach, often, has no half measures .... Thanks also to the wide range of wind manageable by Ezzy sails, and to their soft feeling when riding, I still remained in the water having fun. Sunset, in the late afternoon, is always a very beautiful spot.

Moreover, whatever many say, the spot offered beautiful waves, even 1.5 meters, clean and tidy to be used for jumping or surfing. In the water, I particularly liked a German boy with Severne sail and a Flikka board, which moved and jumped with great elegance. 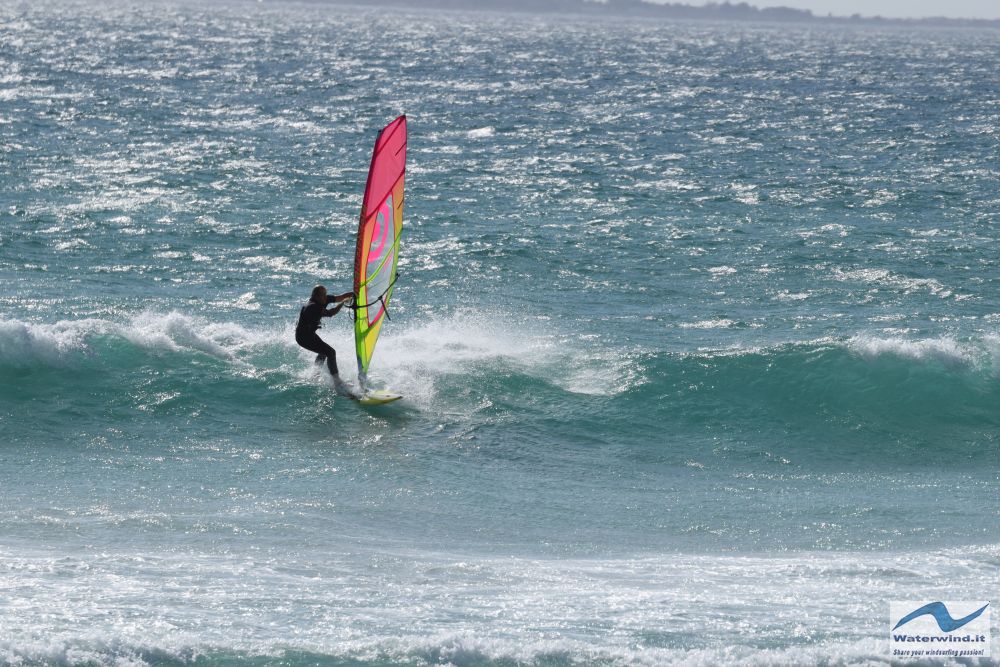 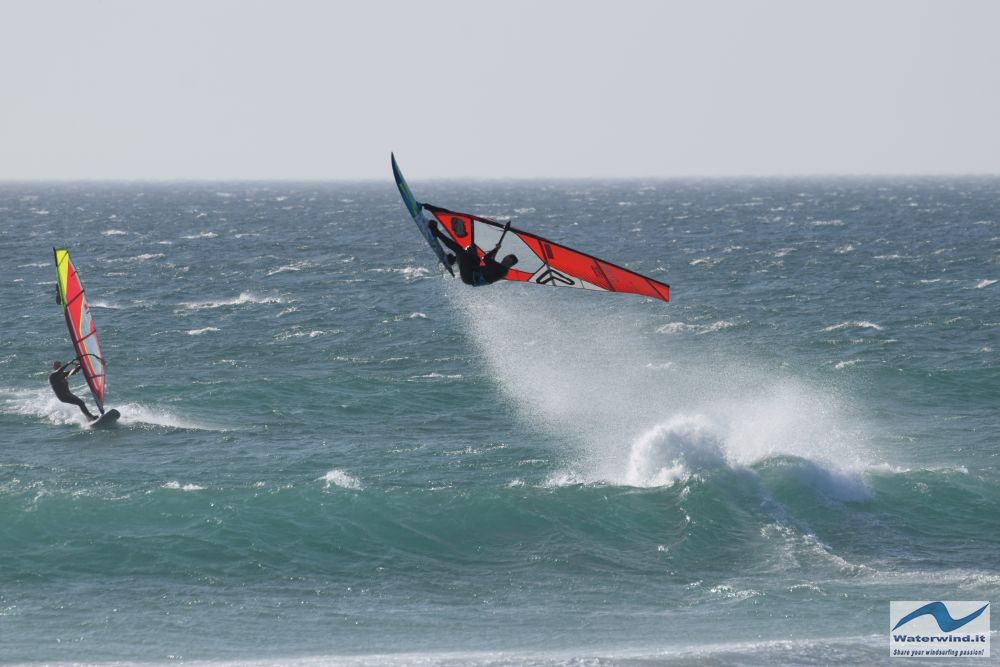 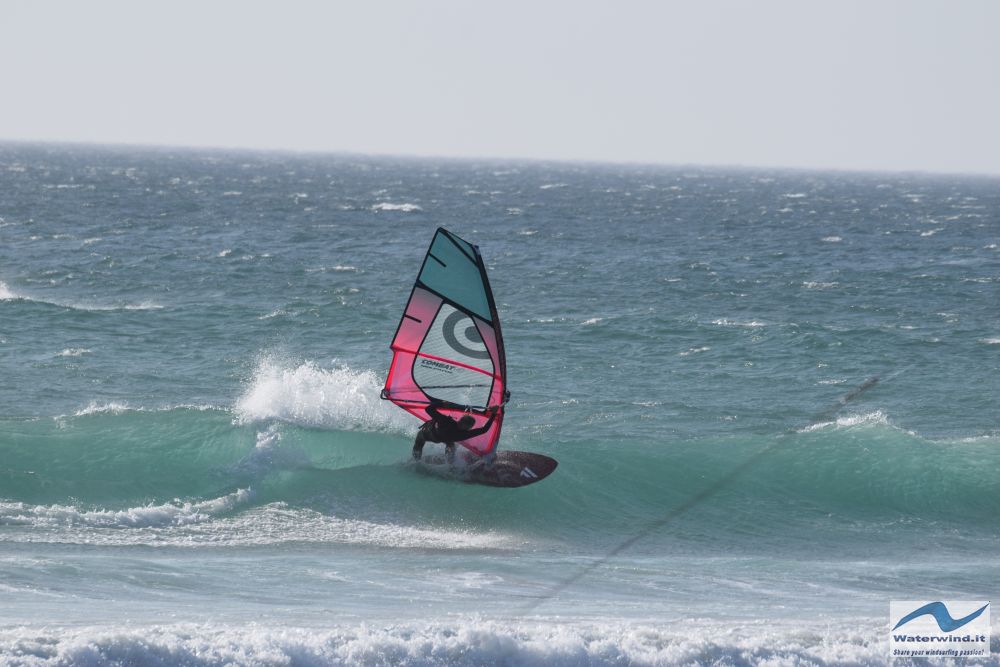 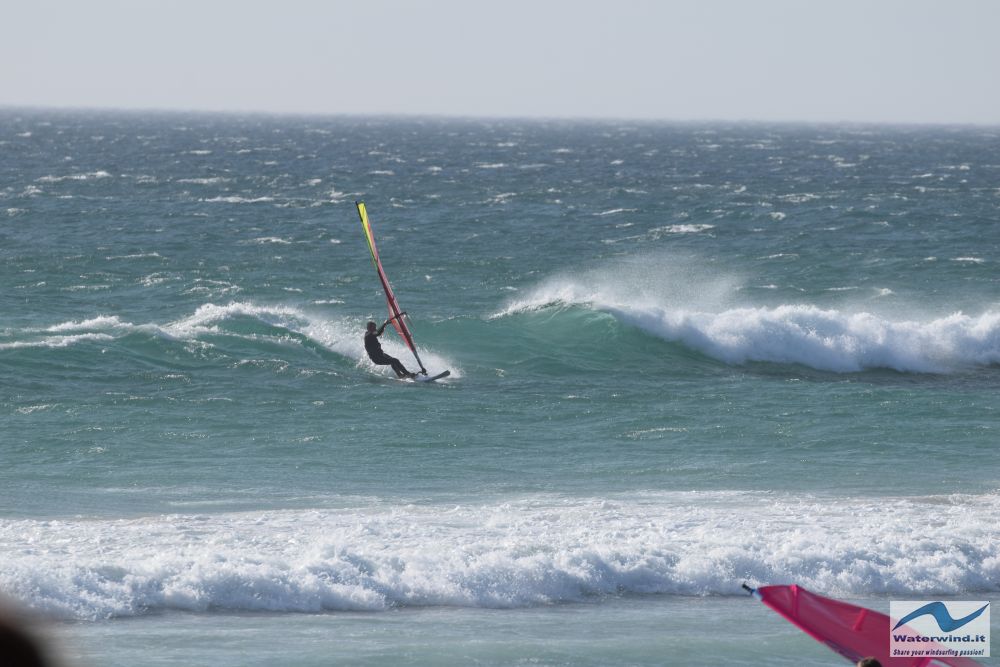 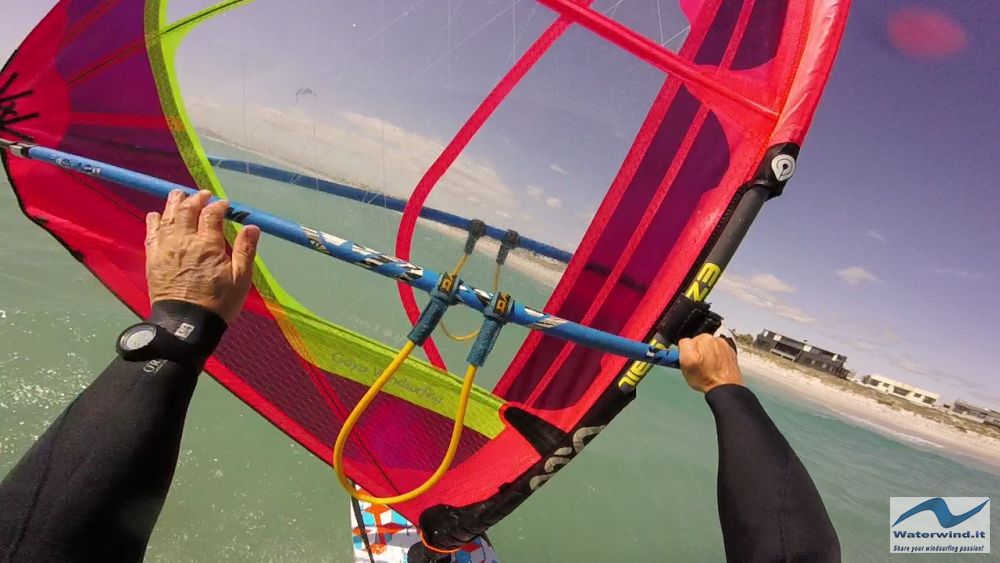 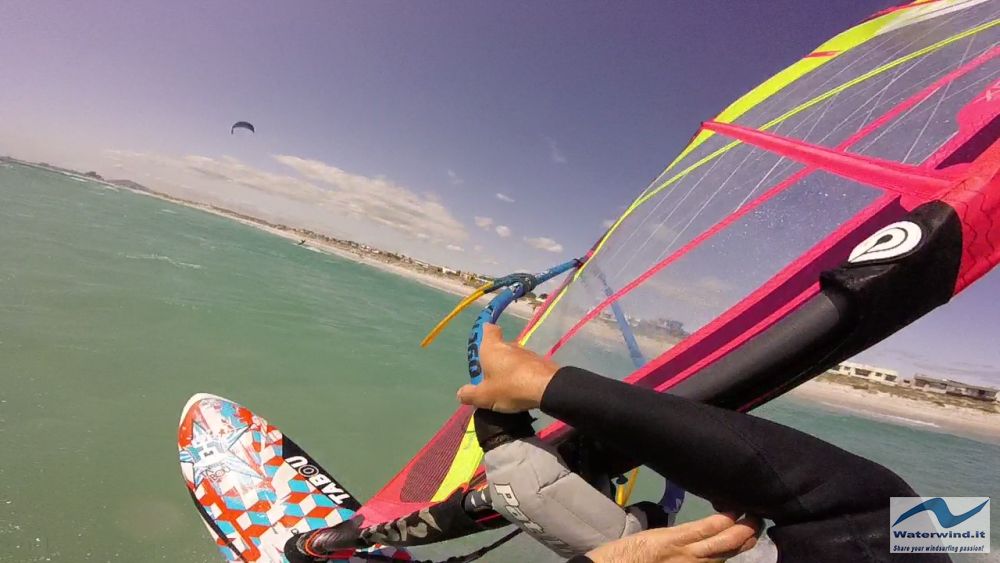 A little melancholy, for the imminent end of the holiday, began to emerge at the end of the day.

We are aware that we are lucky, compared to others, to be able to come here, but leaving Cape Town, its emotions, its panoramas, its blue sky, its wind and its waves, its always moving sea, its mountains, its hills covered with vineyards, its breathtaking coastal roads .... always hurts ...... And then you get to know that athletes, and even some non-professional riders will stay here for another two months ....

Tomorrow, the last day of vacation awaits us. We will try to play it at best ....

Click here, for Sunset Beach slidegallery in the afternoon.

The video taken at Witsand, on the 22 January morning