On Sunday, October 14, 2018, finally I had the opportunity to try the famous Swiss spot of Isleten, on the Urnersee, in Switzerland, the kingdom of Balz Muller, with South Foehn. It's a crazy spot ....

On Sunday, prediction for South Foehn on the Urnersee was clear and sure. So, not being able to go and catch the Peler on Lake Garda, I decided to try the spot of Isleten, about two hours and 15 minutes drive from Monza, where I live (read the detailed spot review). I left from home at 7.15, I arrived in Isleten at about 9.30 (you drive along the highway, almost all the time).

Abandoned the mist and fog on the south side of the Gotthard Tunnel, on the other side a sunny day welcomed me, with a perfectly clear sky, the magnificent panorama of the Alps in autumn, and an incredible temperature of 24 degrees. For once, a reversed situation than usual. 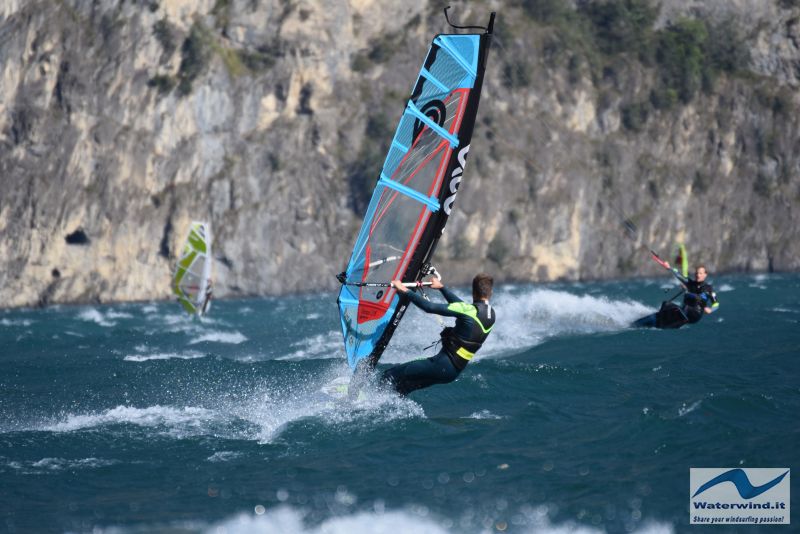 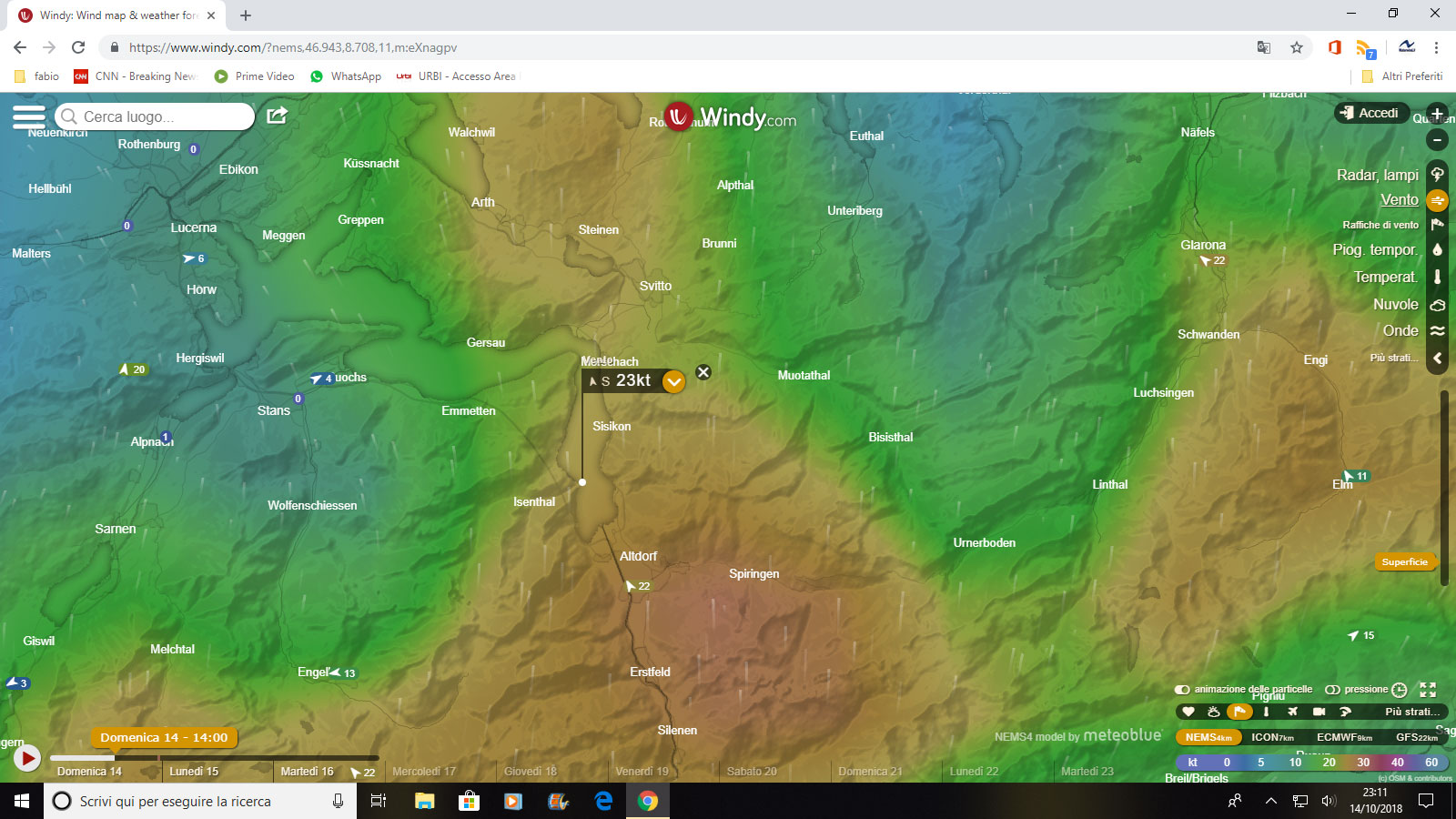 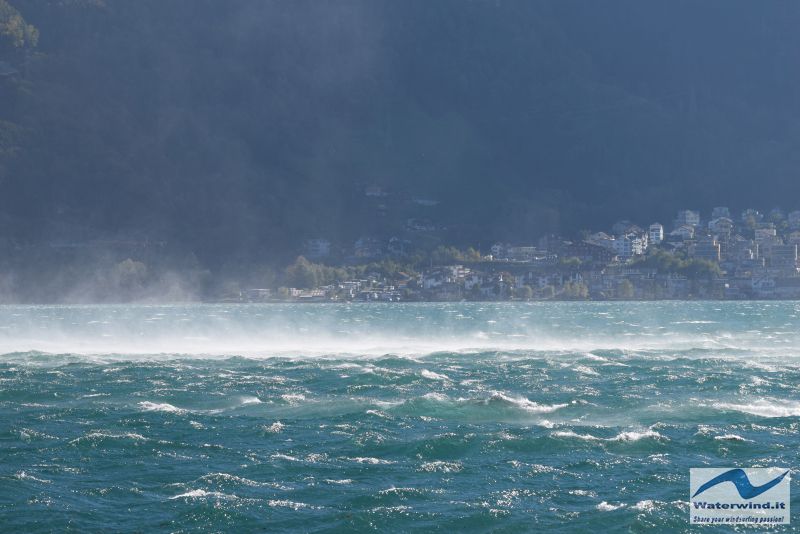 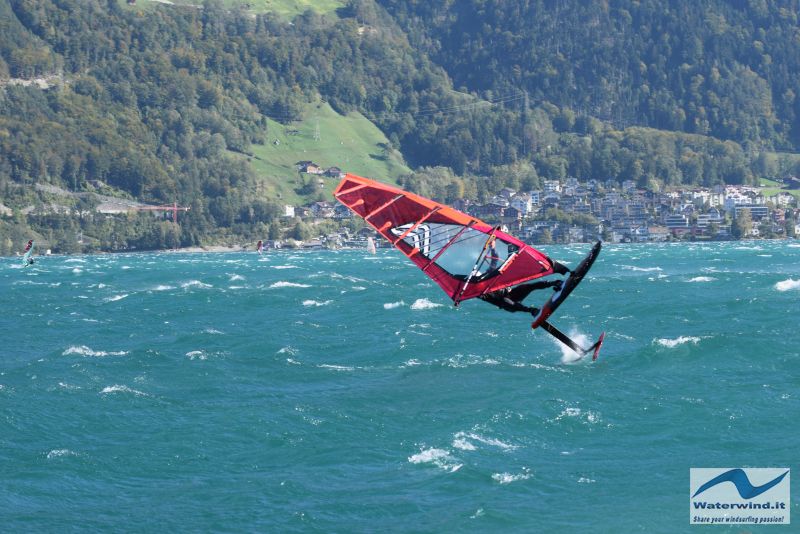 When I arrived, the wind was already blowing strong throughout the lake valley, although still not very stable. I comfortably left the car in the parking lot near the spot, and I started to study the situation. At 9.30, already different surfers (mostly from switzerland) were on the spot, but not as many as those who then arrived later in the morning. Being my first time on the spot, I paid the price of the lack of knowledge of the spot and the places around, and I lost some time to scour the area to check the situation. The review published here on Waterwind will greatly simplify life for those who want to go out in this unique spot.

After having a look also to some spots a little further south, on the same shore of the lake where Isleten lays, and also checked the spot of Fluelen (on the opposite lake coast), to understand where the wind blew better, late in the morning I decided to go out at Isleten. In fact, in the central hours of the day, the wind (probably due to a slight rotation in direction) reached the spot a bit better (while in the first part of the morning it was very gusty, even in the middle of the lake). I immediately realized that I would have to rig my smaller sail, the Ezzy Elite 3.7 2016, leaving it with a loosen leech .... but I soon had the distinct impression that it would be big anyway ..... I have matched the sail to my Fanatic Quad TE 87 2013, of course, set with a Quad fins set up ..... 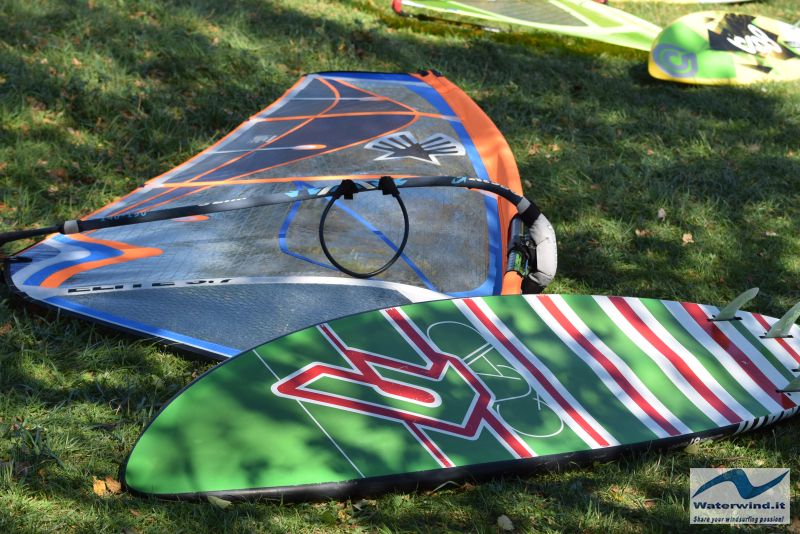 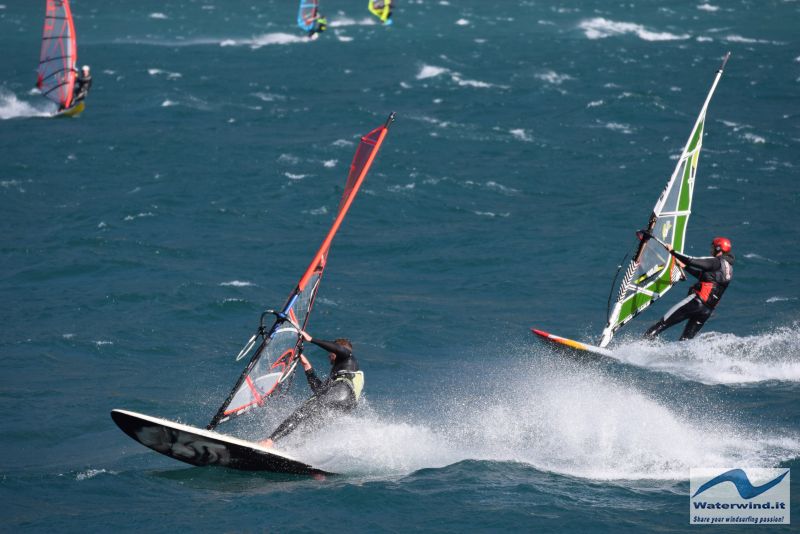 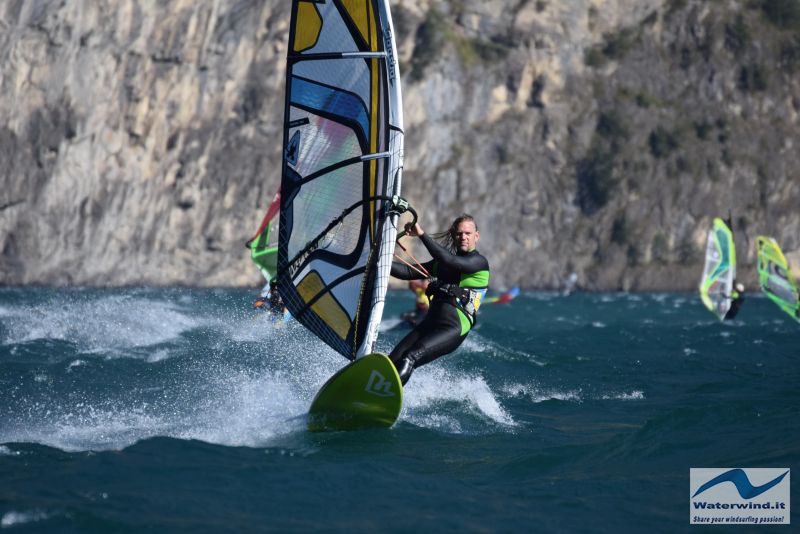 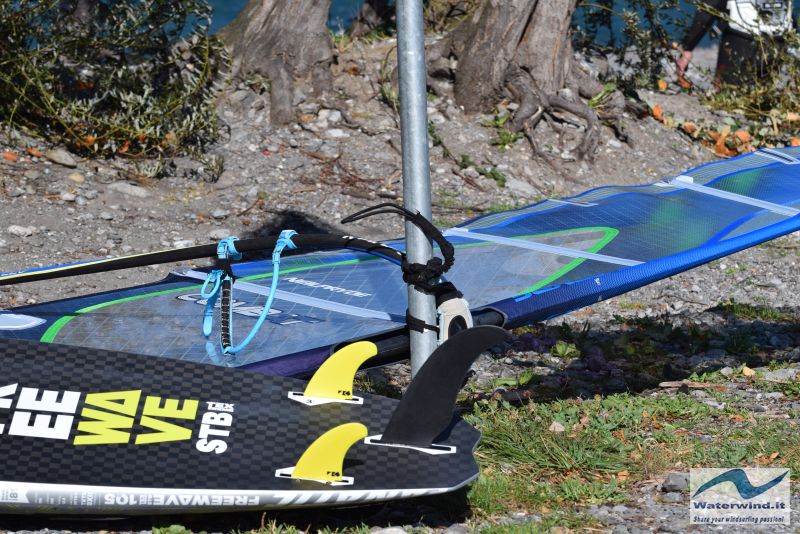 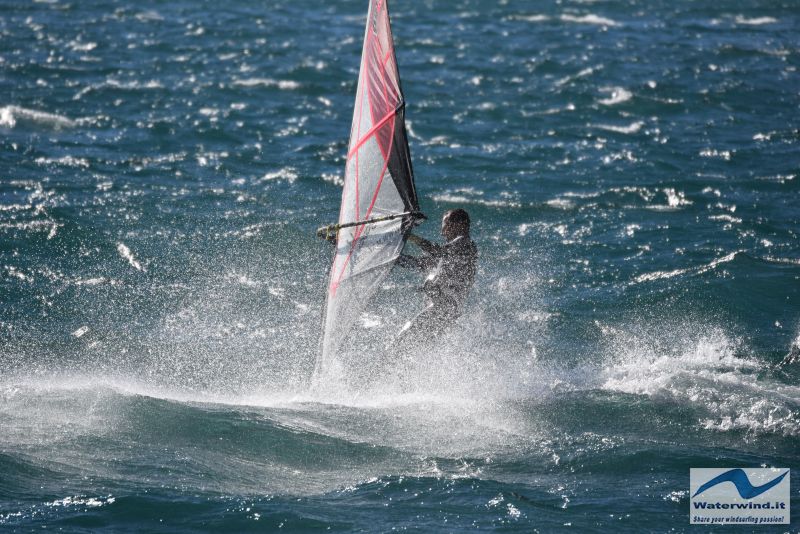 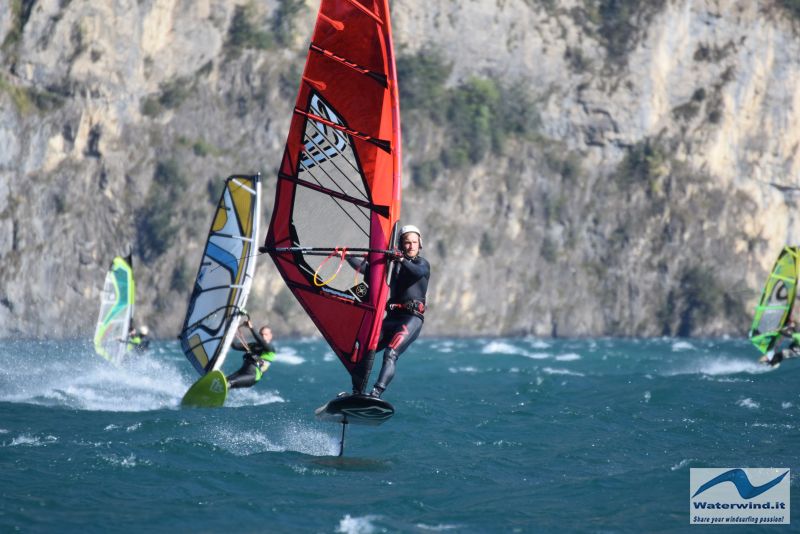 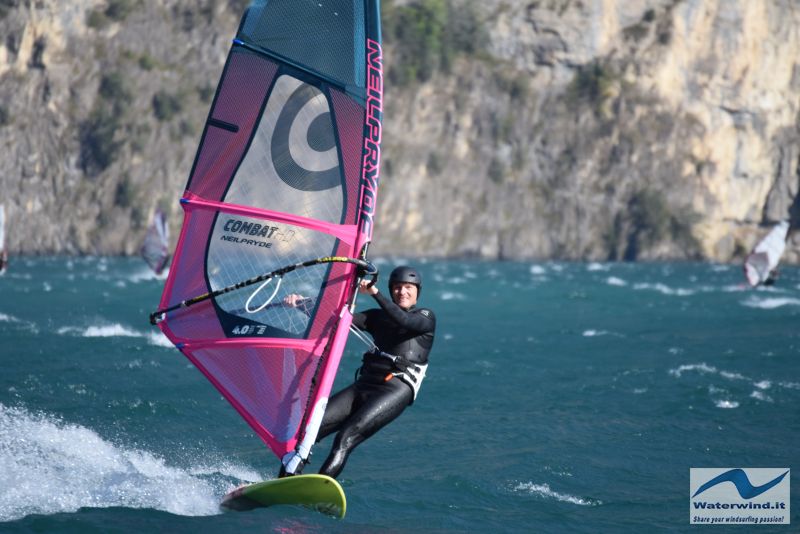 So, I discovered that, in reality, the best wind swept beach is that just downwind of the Seegarten restaurant, where, in fact, in the afternoon the greatest number of windsurfers crowded the water surface (very few kiters with microscopic sails). The view of them in the water was really a good show, both visually (a rainbow of sails over the azure lake surface), and for the performance of some very good riders. The most limited to jibing, someone landed fast tacks in a masterly way. Others jumped, or landed good forward loops (I heard that Baltz Muller has landed a double). Others, finally, took advantage of the flattest water leeward of the beach for some freestyle maneuvers. In the water, after giving a show with freestyle equipment, Balz Muller also performed a show with a tiny windfoil, even managing to do some loops. Remarkable. 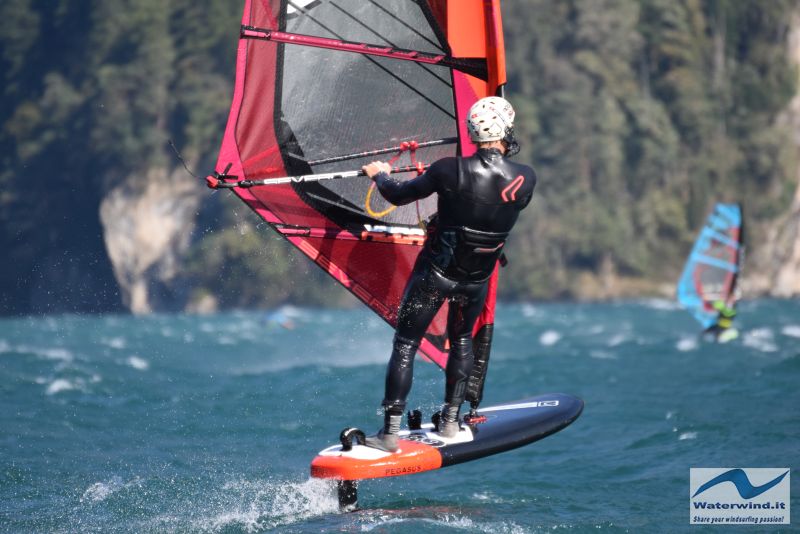 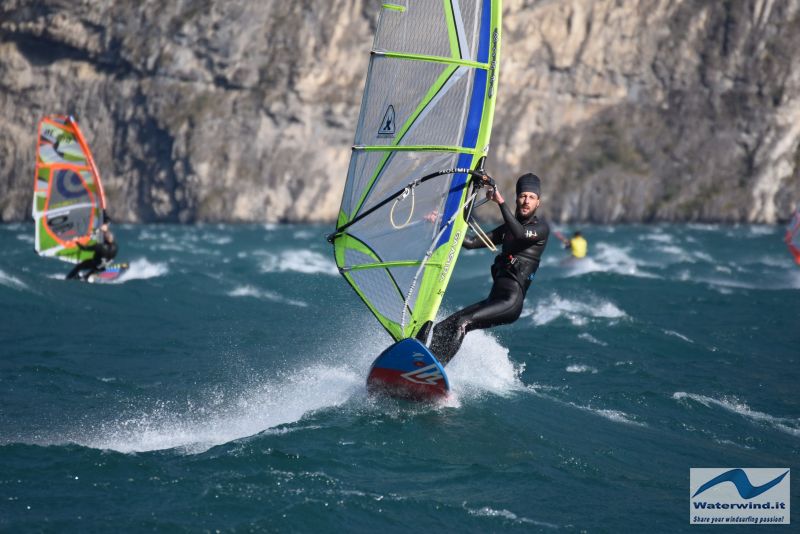 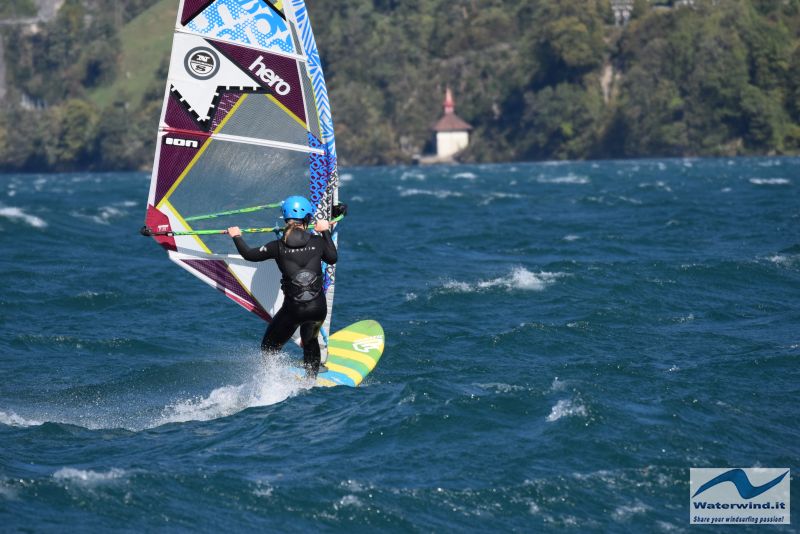 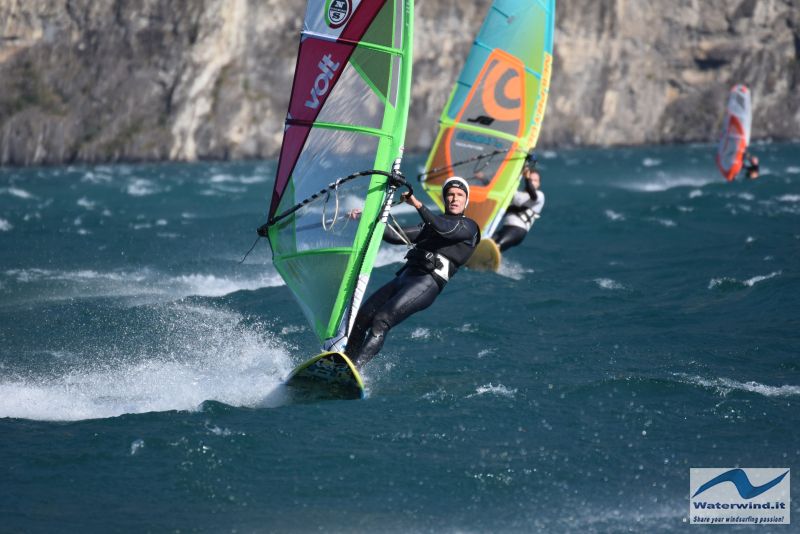 Because of the overcrowding, I have witnessed some dangerous close ridings, which, at those speeds, can have truly disastrous consequences. Also noteworthy was the variety of surfers in the water (unlike in Italy, where you have mostly middle-aged male riders on the spot, with only some exceptions): numerous girls, and riders of all ages, some even with completely white hair. Just before leaving, I chat in English with a friendly local guy (the one with the Goya 3.15, in the pictures), who explains to me how the spot works, and gives me some precious tips to make the most of it the next time. I will take away these tips.

Shortly after 15.30, I decided to end my day, and return back home, because of family commitments.

The images of the Urnersee will remain printed well in my head for a long time.

Click here, to enjoy the complete slidegallery of the day. The photos are many (almost 300), but some are really beautiful. Look for yours patiently.