Monte Brè is a relief that rises steeply immediately east of Lugano, in Canton Ticino (Switzerland). It can be reached with a comfortable funicular from the city, or with a beautiful panoramic excursion, from the shores of the lake, and more precisely from the village of Gandria. In the article we describe this easy trek.

The trekking from Gandria to Mount Brè, Canton Ticino, Switzerland

The Canton of Ticino offers many itineraries for beatiful excursions, in very different environments, some typically alpine, others more hilly, and with landscapes characterized by a somewhat Mediterranean vegetation. To complete the picture, you can enjoy the views of the lakes of Lugano and Maggiore, which fill the scene with their blue surface.

The ascent to Monte Brè is a simple excursion that takes you from Gandria, a typical village, once a fishermen's village, on the Lake Lugano shores, to the village of Brè at about 790 meters above sea level, located in a mid-mountain context , on the slopes of Monte Boglia. The village of Brè was the place of residence of various artists (including Wilhelm Schmid, to whom a specific museum is dedicated), and its streets are embellished with some of their works of art.

The ascent itinerary is quite simple. Before leaving, do not miss the opportunity to wander through the narrow streets of the village, which offer suggestive views, which, weather permitting, are illuminated by the sun and its reflection on the lake surface. Having visited the village, to take the ascent path, cross Via Cantonale, in correspondence with the "Le Bucce di Gandria" restaurant (see our map below), and climb a staircase that leads to a newly planted olive grove, beyond which begins the dirt track. 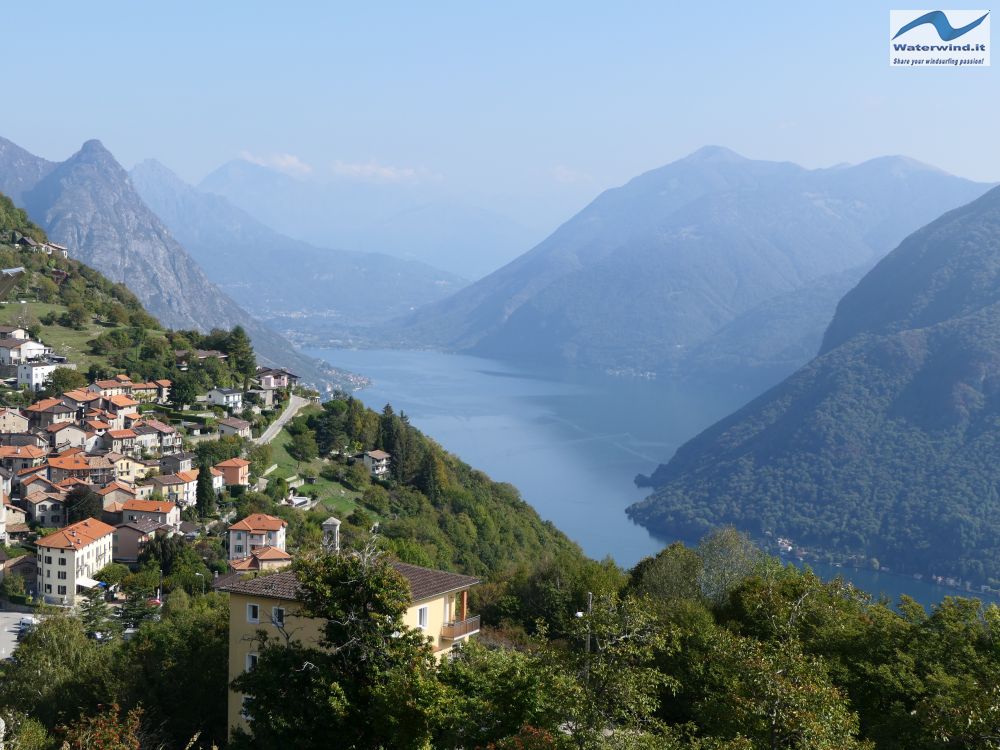 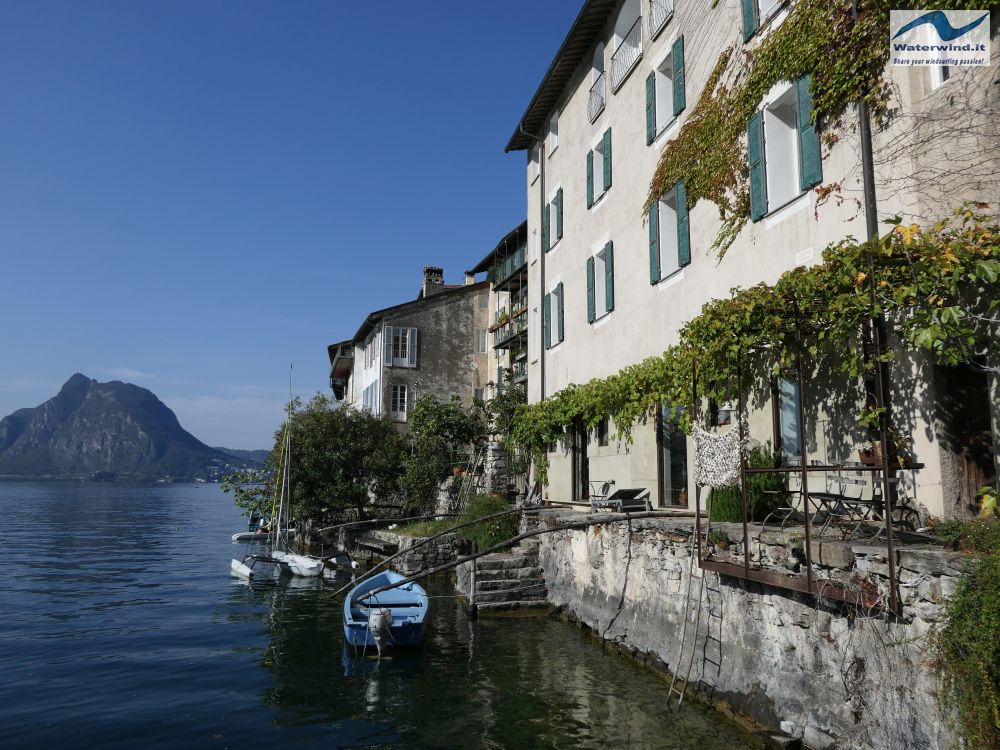 The path gains altitude gradually, in this initial part, with a wide zig-zag, inside the wood, which offers some refreshment on the hottest days. Bear in mind, in fact, that the path develops entirely on a slope facing south, and therefore it is inadvisable to follow it in the central hours of the hottest summer days. Going up, you can start to enjoy some nice views of Lake Lugano below.

The path continues in the wood, with this kind of slope, until it comes out in Via Nonato, in correspondence with some first houses (2.6 km). You pass a hairpin bend shortly after, and then take a stairway on the right, which, with a steep slope and a little effort, leads to the village of Brè (3.6 km, about 1h 15 minutes).

Before visiting the village, we first climbed to the top of Monte Brè, to admire the view of the village from the "belvedere" (with a panorama of Monte Grona, the Porlezza valley, and the Grigne mountains, in the background), and to look out from the panoramic terrace of the restaurant Vetta, which offers a magnificent view of the lake below, of the pyramid of Mount San Salvatore, of the Mount Generoso group to the southeast, of the mountains above Lake Maggiore, and of Mount Tamaro, especially to the north; over the city of Lugano, and visibility permitting, over the Alps up to Monte Rosa, to the west. 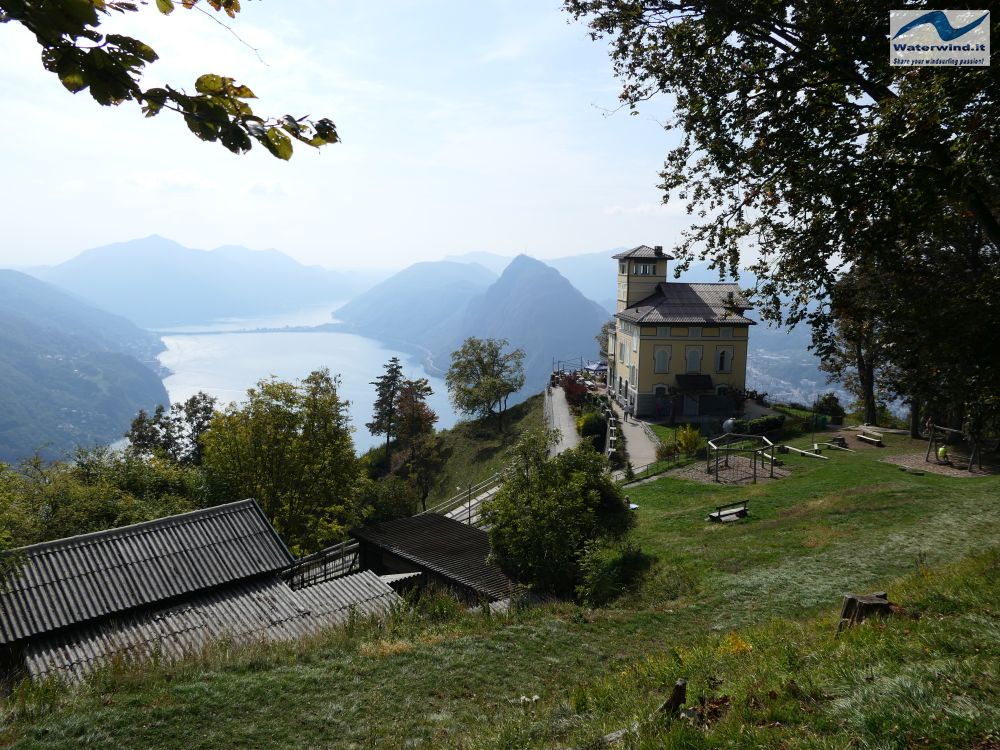 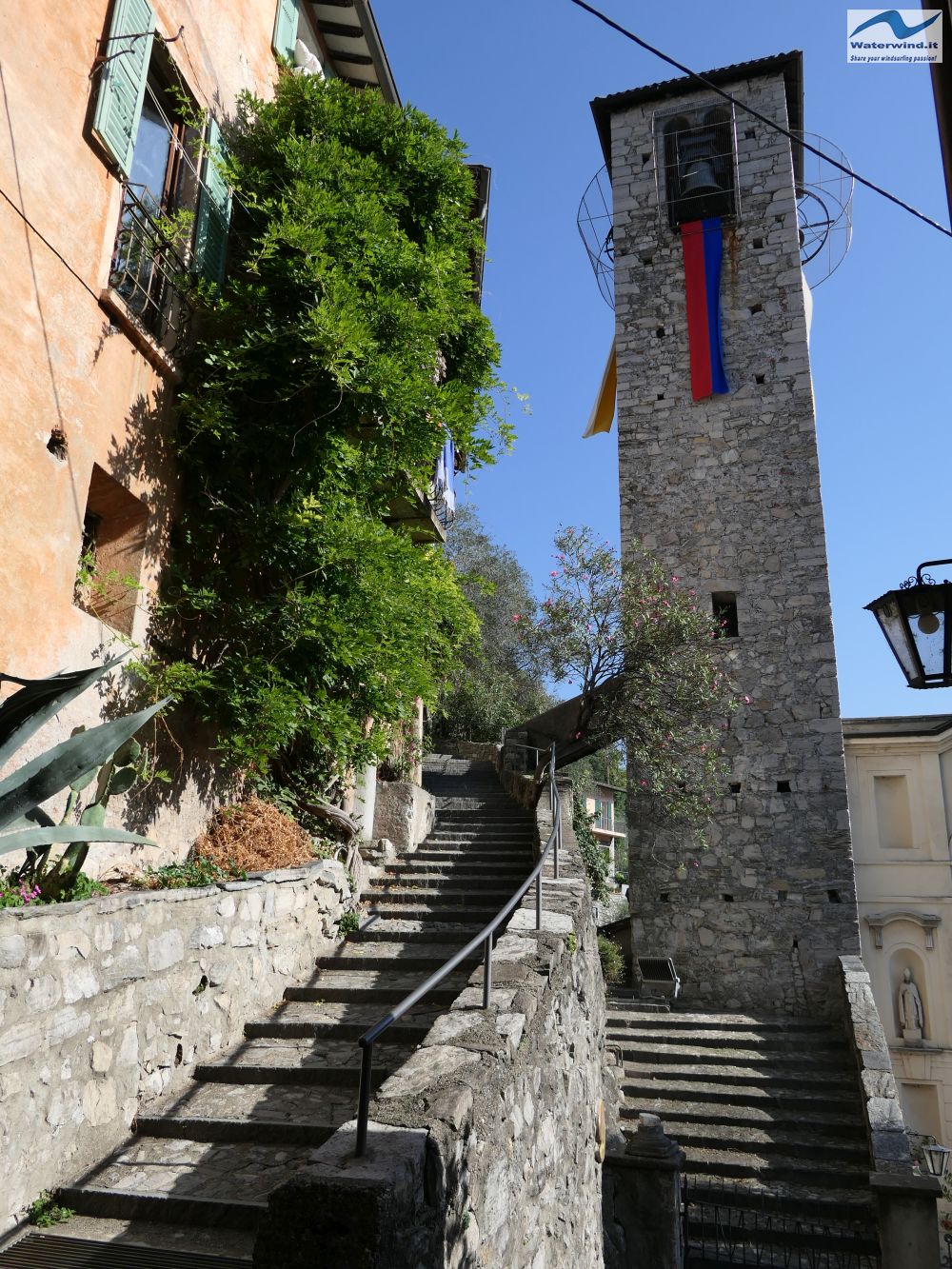 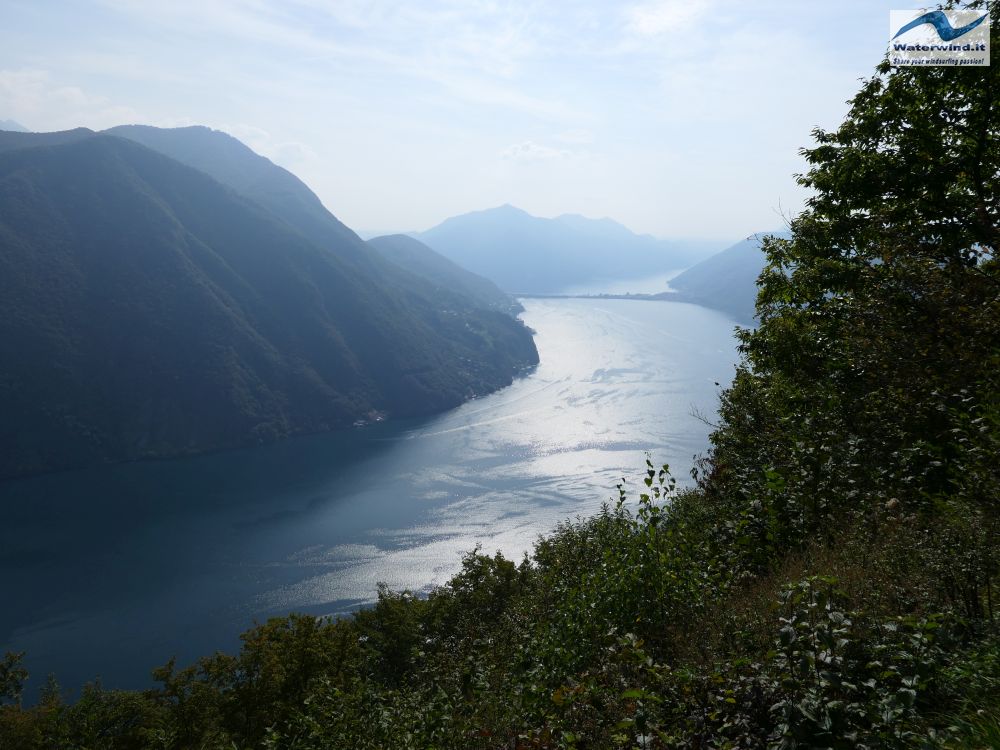 Back in Brè, it is worth strolling through the narrow streets of the village, with clear roots that remind of an rural past; then it became the residence of artists, as mentioned, and now it is characterized by beautiful houses renovated or recently built by those who want to live or spend their holidays or weekends in the quiet. The descent can take place through the same ascent itinerary (total route of about 10-11 km), or by following the road Via Brè, towards Aldesago, and then retracing one's steps, through one of the tracks (e.g. Trona Path), which lead back to the east, and then towards Gandria. Going even further down towards Lugano, you can also return to Gandria, via the "Sentiero dell'Olivo" (Olive Trail), a coastal itinerary that connects Lugano to Gandria.

Have a nice walk. Fabio Muriano

Click here, for the full slidegallery of the track.