Not all Tabou 3S are equal, but they are all great boards, the result of Fabien Vollenweider's genius. Intrigued by some peculiarities of the 2015 version of this legendary model, we decided to take the chance to buy a used one and try it. Immediately, we had the feeling of having an exceptional board under our feet.

For a few years, I had a Tabou 3s 106 LTD 2013 (read review) (and before that a Tabou 3s 86 2009). The 3S 2013 gave me many memorable sessions. The 2013 version is long and narrow (242 x 62 cm), has an easy and lightning gliding start, and a remarkable top speed, to be a freestylewave board. I've always used it with a 25 cm MFC freewave fin, much shorter than the standard 32 cm fin (in my opinion, oversized and not of valuable material, since it's not sufficiently rigid). The 2013 board does not have a very narrow bend radius when jibing, but keeps the glide during the maneuver for a very long time, forgiving any errors in the rider's stance.

When I saw an Ad of a second hand 2015 board version (LTD), the shape made me very curious. The board is slightly shorter (240 cm), but much wider (64.5 cm), and with a good width maintained only in the central part of it. It also has a truncated tail (like 2013), and a stern that tapers rapidly in the final part, and a hull that has two lateral channels in the tail (a detail that the 2013 version does not have).

So, I said to myself: it will turn tighter and be more reactive? 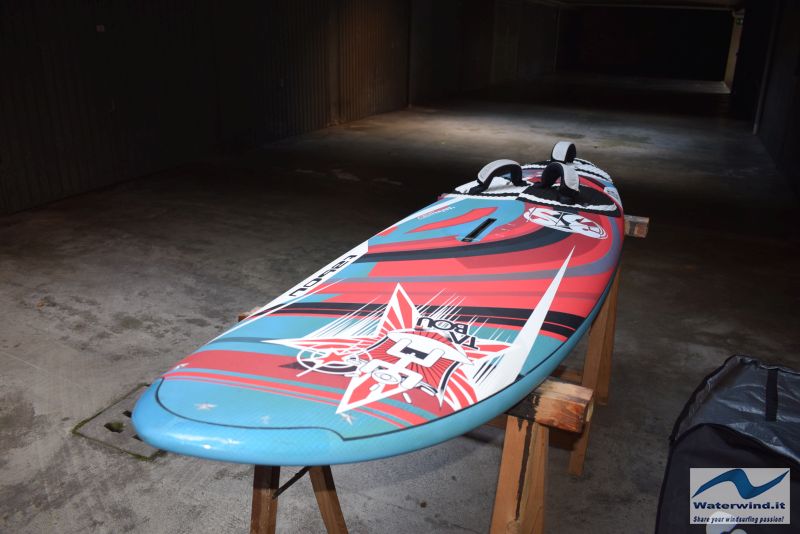 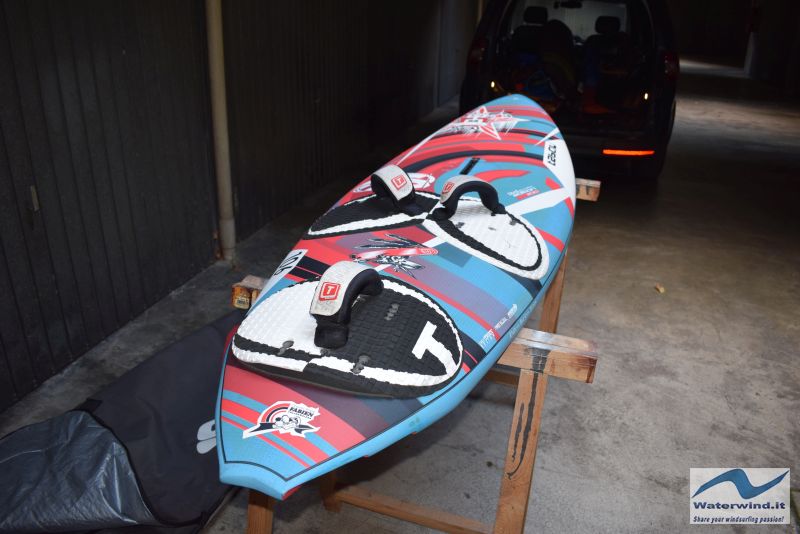 The test in the water confirmed my thoughts, but it also revealed other differences and peculiarities of this board, which made me fall in love quickly, and which reminded me of another very good "horse" I owned in the past (and sold with regret): the Fanatic Freeewave 105 TE 2012.

Paying careful attention to the 2013 and 2015 version, in addition to the differences already mentioned above, there are other aspects that distinguish the two boards. The 2015 version has a more pronounced scoop than the 2013 one, and this also denotes the desire to make it a more responsive, and performing board on a choppy water surface. The hull of 2013 is more "worked", with a V, followed by a middle biconcave part, and again by a V pattern towards the tail. This hull was designed by Vollenweider probably to give more directional stability to the board when sailing fast. And in fact, the 3S 2013 is a rocket ...

The water test immediately showed a different buoyancy of the 2015 version, compared to the 2013, due to the distribution of volumes, as already said, more concentrated at the board center. Even if on such a generous volume (at least for me that I weigh 70 kgs) the problem is relative, this means that the board is more stable if the rider, when maneuvering (or in the recovery of the sail) concentrates the feet position around the foot mast. The Tabou 3S 2013 is instead more tolerant in this respect.

Planing entry is less anticipated, and requires the board to be slightly sailed bearing away, than the 2013 version. Furthermore, once it gets planing, the top speed of the 2015 model is lower. However, this version is also characterized by an excellent upwind performance (perhaps slightly better than that of 2013), which, therefore, immediately compensates for the drift necessary for gliding entry.

The 2015 version is also easier to maneuver: it offers excellent support in basic and fast tacks, in jibe, in the Hely Tack, provided, as mentioned, to keep the feet close to the mast foot.

As far as the jibe is concerned, the board confirmed my hypothesis of turning tighter, but with a faster loss of planing. This is a good premise to judge the board's potential in light conditions waveriding. The fastest glide loss when jibing, of course, makes it less tolerant of the rider's setting errors, if not expert.

I also had the chance to try the board in strong winds (about 25 knots), and a fairly well irregular water level (about one meter of wave). It has been amazing to realize how the board handles well this size waves, remaining high on the water, and always traveling fast. In such conditions, with the MFC freewave 25 fin, it allows excellent mobility on the water, and as also French Windmag testers (who gave it their preference over other boards), it is simply a plug and play board.

Finally, the board, despite the generous volume, proved to be excellent in the jumps. Obviously, we are talking about small jumps, mostly carried out in lake chop, but, anyway, it amazes the ease with which the board is controlled in the air. 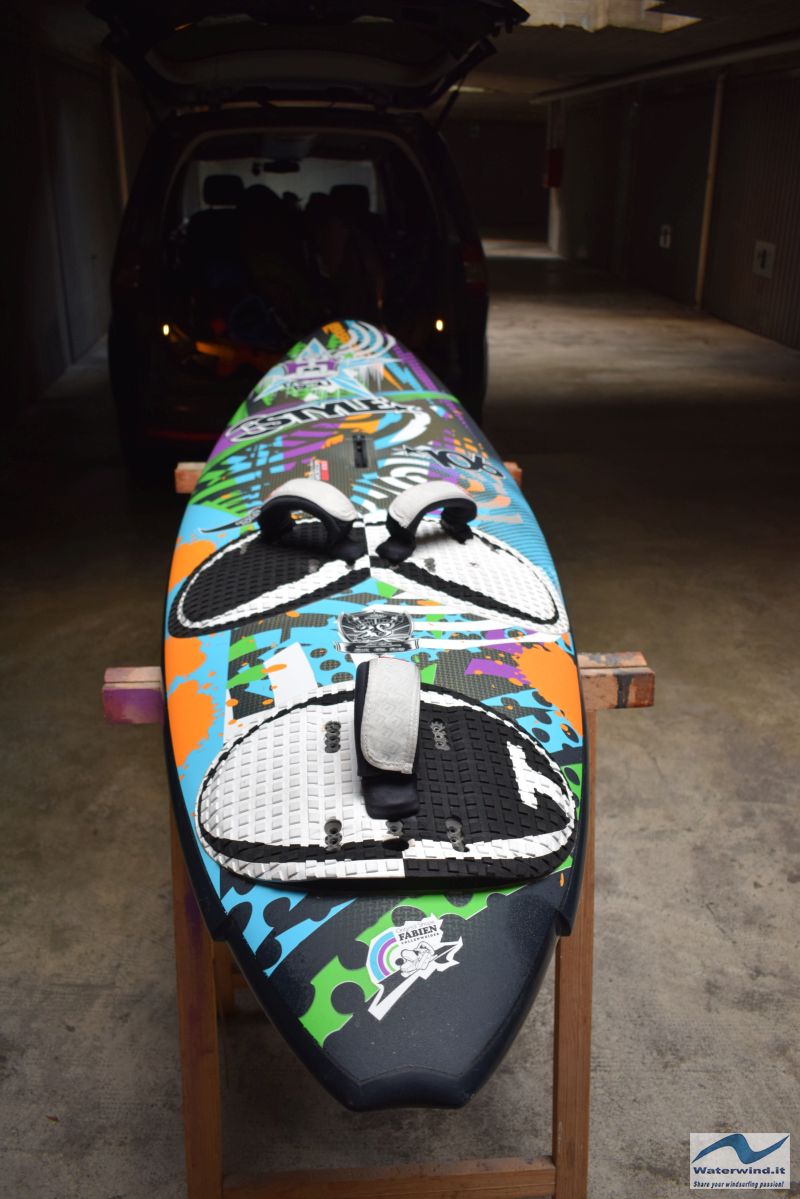 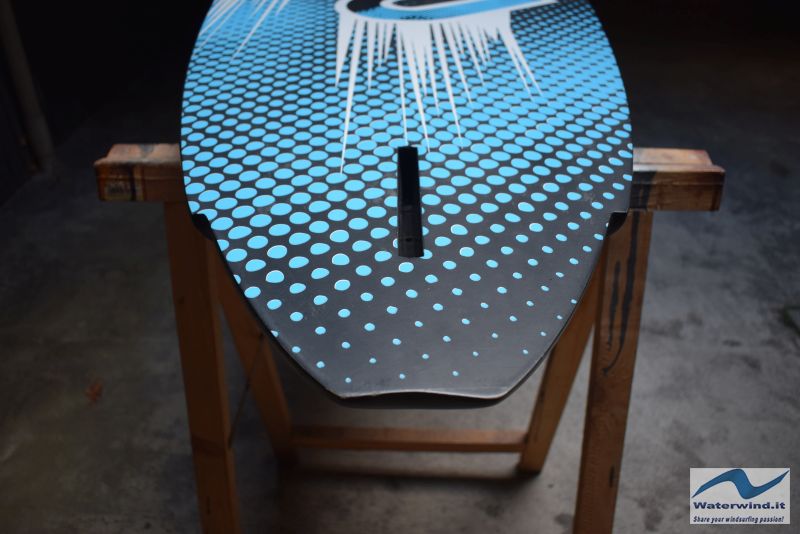 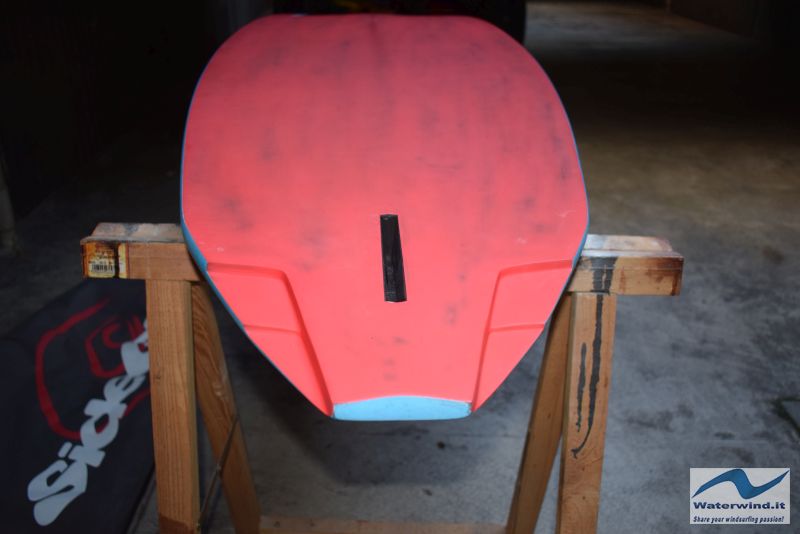 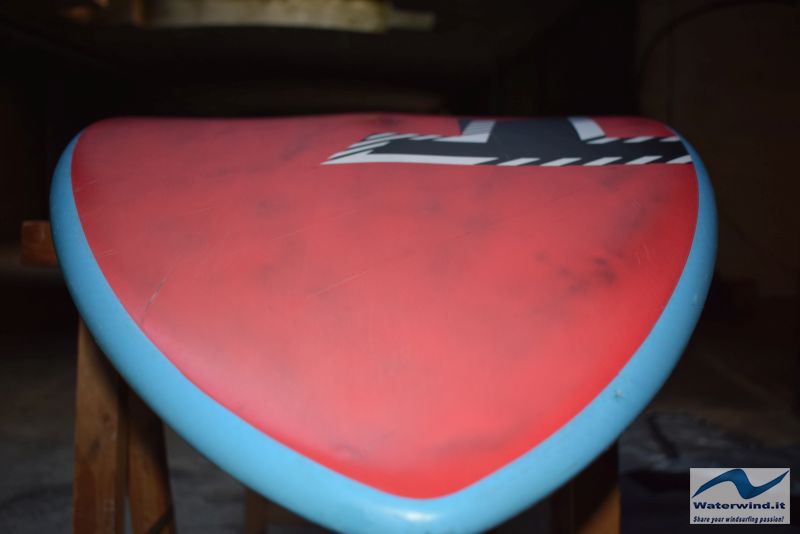 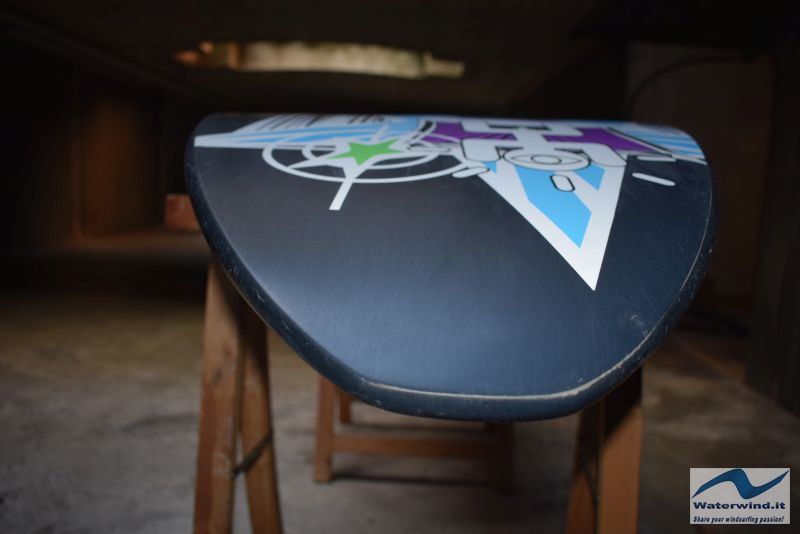 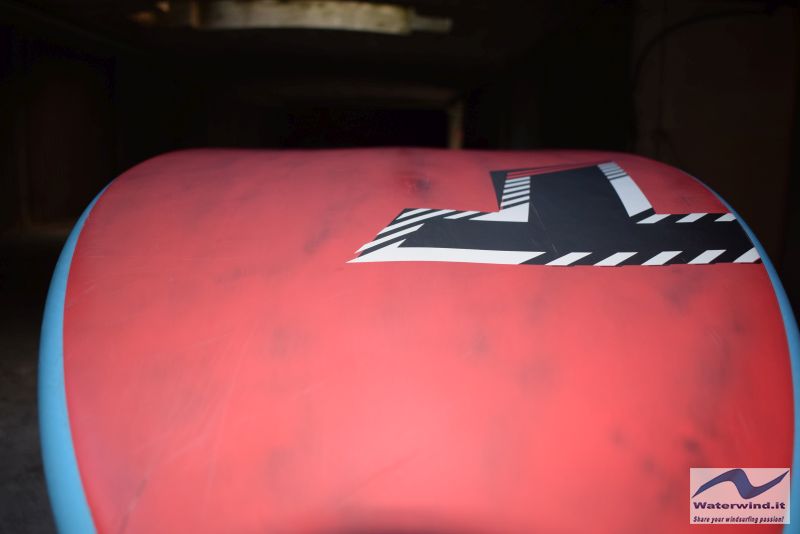 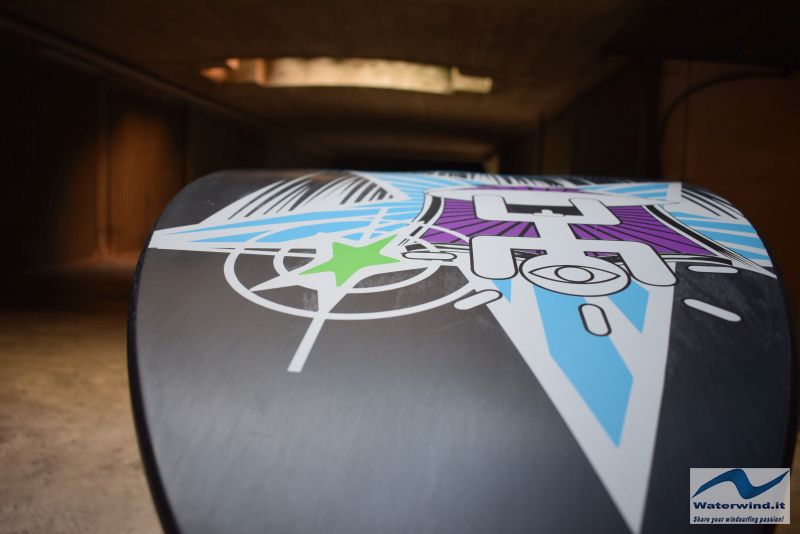 Ultimately, the two versions of the Tabou 3S are two very different types of boards. The 2013 model is more oriented towards freeriding in the chop, with light and medium wind (up to 25 knots). The 2015 model is more versatile (although I believe that these boards cannot be used for modern freestyle), and it promises even more fun behavior even among small waves.