On May 8, the Canary Island will host the Lanzarote Foil Challenge, the first ultra marathon race on a windsurfing board.

First international regatta around the island of Lanzarote in Windsurfing Foil

The regatta will be held on Saturday, May 8 and will go around the island of Lanzarote in the Open Foil discipline, which consists of a board with a hydrofoil attached enabling it to fly over the waters’ surface.

This challenge is one of the main events to be held throughout this year on the occasion of the 30th anniversary of the Windsurfing Club Los Charcos in Lanzarote, which together with Marina Rubicon, the Canary Islands Sailing Federation and the Real Club Náutico de Arrecife are the organizers.

Lanzarote Foil Challenge will have 16 participants among which are the main figures of international windsurfing as the German Sebastian Kördel, iQFoil World Champion; Basile Jacquin, from New Caledonia, IFCA Junior World Champion; and the Brazilian Mateus Isaac, Champion of Brazil and America; in addition to local sailors, who will sail around the island in just over 9 hours. The race will consist of regatta sections and free sailing sections and the sailors will sail with joint starts in each of the sections.

The route will consist of 6 legs, starting at 9 am on the coast of Playa Blanca, up the coast of Janubio to El Golfo with a total distance of 12 miles. The second leg will take place once all the participants have crossed the finish line of the first leg, leaving the fleet grouped together to cover the 13 miles that separate this point from La Santa. In the third leg, the sailors will sail along the Risco de Famara to the beach of La Caletilla, above the port of Caleta de Sebo, on the island of La Graciosa. Here there will be a half-hour break for lunch and to adjust the material before tackling the downwind leg. The fourth leg will be the longest, with a distance of approximately 20 miles, in which the fleet will leave Punta de Fariones behind to head for for Arrieta and reach the beach of Las Cucharas. In the next leg, the participants will pass in front of Los Charcos beach to go to Guacimeta beach in Playa Honda, where the last leg will take place until Punta de Papagayo and the arrival at Marina Rubicón.

Regarding assistance at sea, there will be four escort and safety boats, which will monitor the regatta and assist any participant who needs it.

Only the participants who complete all the sections of free sailing and in regatta will obtain classification, which will result from the combined positions of each sailor in each of the sections, not scoring the free sailing sections.

The Lanzarote Foil Challenge will be sponsored by the main institutions such as Promotur – Turismo de Canarias, dependent on the Ministry of Industry and Commerce of the Government of the Canary Islands; the Secretary of State for Tourism of the Ministry of Industry, Commerce and Tourism; the Cabildo de Lanzarote through the Ministry of Tourism and the Insular Sports Service and the Department of Sports of the Teguise City Council. The Tinajo City Council, Cicar Canary Islands Car, Hotel Los Zocos Impressive Lanzarote, Hotel Boutique La Isla y el Mar, IES Blas Cabrera Felipe, Enac Ingenieros Consultores, Blank Publicidad and Sol57 Illustration also collaborate. 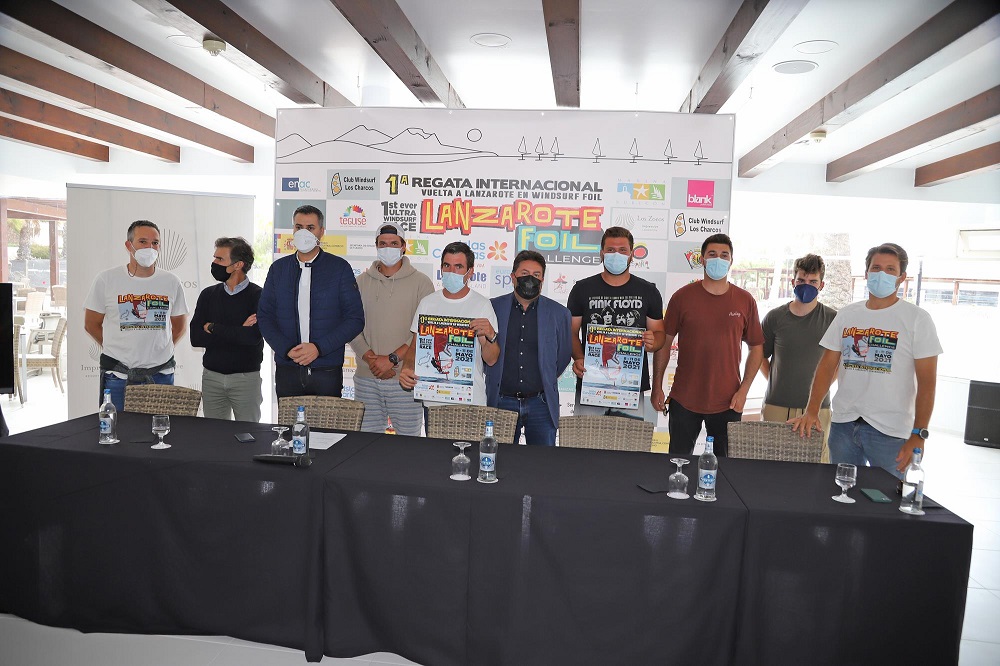 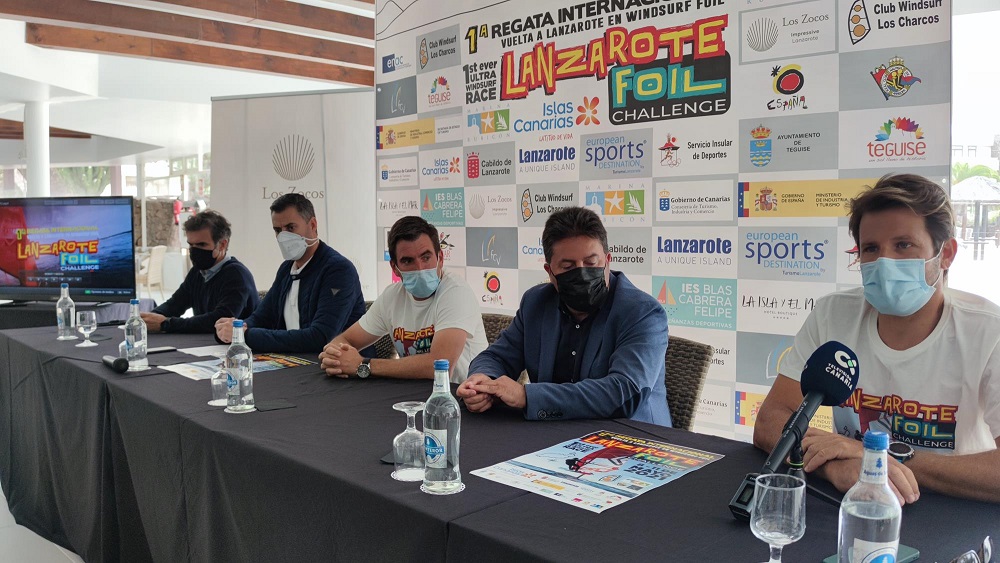 First regatta of its kind

The race around Lanzarote with Windsurf Foil will become the first regatta of its kind to be held in the world, putting on the map the island of Lanzarote in particular and the Canary Islands in general, as an idyllic setting with the best conditions for windsurfing. Not surprisingly, there are many international professionals who come to Lanzarote looking for the best sailing experience and the island has been for years the venue for the World Championship of the Professional Windsurfing Association (PWA) and the European Freestyle Pro Tour (EFPT).

This international regatta will undoubtedly be an opportunity to showcase Lanzarote as a premier destination for the practice of water sports with perfect weather conditions, mild temperatures and trade winds, as well as, unique volcanic landscapes as the ultimate backdrop.

Here, you have a video introdution of the regatta.