On Saturday, May 8, the Lanzarote Foil Challenge was completed, the first international race around the island of Lanzarote using a wind foil, which ultimately had the participation of 15 sailors, among which were the first international figures of this sport as well as local sailors who for about 9 hours and a half toured the coast of the island in this first edition of the first ultra marathon race on a windsurfing board.

The race started around 9 am in Playa Blanca, going up the coast of Janubio to El Golfo with a total of 12 miles in a time of about 1 hour. This first leg passed without any incident, with German Sebastian Kördel coming first, Mateus Isaac second and Lithuanian Rytis Jasiunas third. 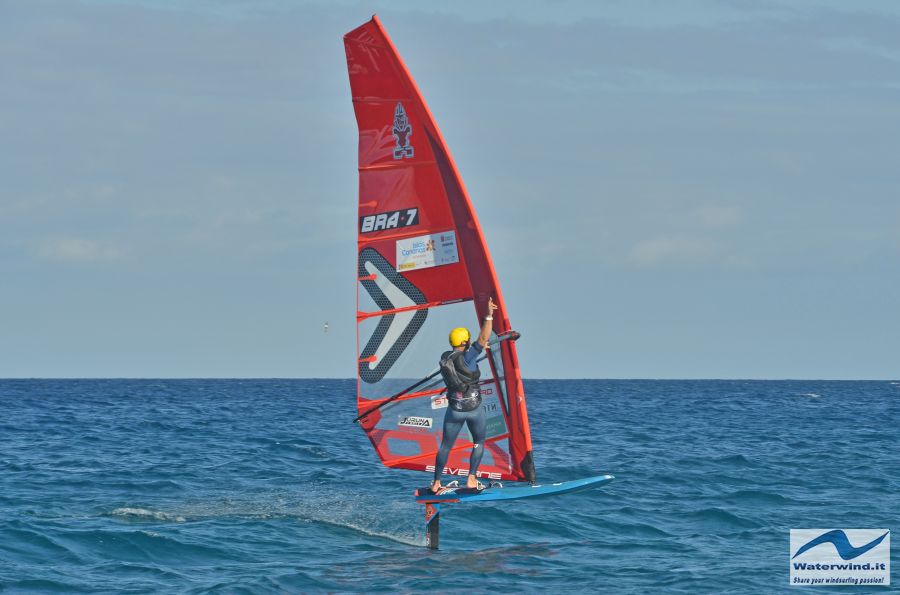 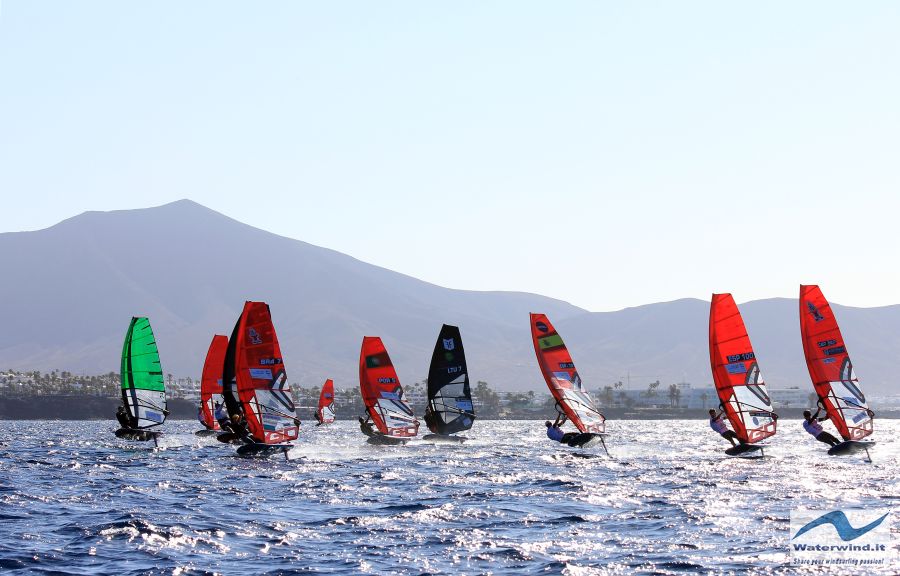 The second leg to La Santa was marked by extremely light winds preventing several of the participants to continue to the next leg that ended in La Graciosa. The Frenchman Damien Arnoux withdrew from the competition due to problems with his equipment, as well as, Kurosh Kiani. Furthermore, Basile Jacquin, Nico Forés, and the locals Esteban Nieto and Rafael Lasso, were all affected by the lack of wind and retired after arriving at La Santa town. After almost two hours of sailing, the Portuguese Miguel Martinho reached La Santa in first position, Mateus Isaac in second and Ramón Pastor in third, although this leg was exempt from scoring points.

Six sailors were those who continued to the island of La Graciosa in the third leg to the beach of La Caletilla, with Mateus Isaac in the lead, followed by Sebastian Kördel and José Luis Boronat. After a half hour break for lunch and to adjust the material, all the sailors hoped that in the downwind leg the wind would be in their favor and wished for favorable conditions to pick up speed and enjoy the race to the maximum. And so it was. The race resumed around 15h to set course to the beach of Las Cucharas, in Costa Teguise. Arriving first was Mateus Isaac followed by Ramón Pastor and Sebastian Kördel. After some sections marked by the lack of wind, the rest of the race developed favorably and the sailors enjoyed the downwind with wind speeds of more than 20 knots reaching a speed of 45 km / h approximately.

In the fifth leg and with a stable downwind, the sailors who had to retire in La Santa rejoined the race, but without scoring points. This leg to Playa Honda was the last one that scored with Sebastian Kördel in the lead, Mateus Isaac in second position, and Rytis Jasiunas in third place. In less than an hour, the last leg to Marina Rubicón took place, where the first to arrive was Sebastian Kördel followed by Mateus Isaac and Rytis Jasiunas. All the sailors were greeted by the audience who applauded the feat of sailing around the island in 9 hours and a half. In addition, all those interested were able to follow the race thanks to the eStela navigation application that transmitted the location of each of the sailors in real time.

The participants were accompanied all the time by 4 support and safety boats and the race was supervised and regulated by the race judge Davide Zilli, checking that all the safety standards and rules of the race were met. Of course, all the sailors were equipped with their safety equipment during the entire route (helmet, life jacket, safety rope, necessary tools, camel bag, and cell phone with an extra battery, charging cable, and waterproof case) and were provided with energy bars and gels to replenish energy.

In the final classification, the Brazilian Mateus Isaac took the victory, with the German Sebastian Kördel in second place and the Spaniard Ramón Pastor in third. The awards ceremony marked the end of this first ultra marathon regatta on a windsurfing board, which undoubtedly has left a great impression with the participants who overcame a great challenge and saw the coast of Lanzarote from a different angle than usual. 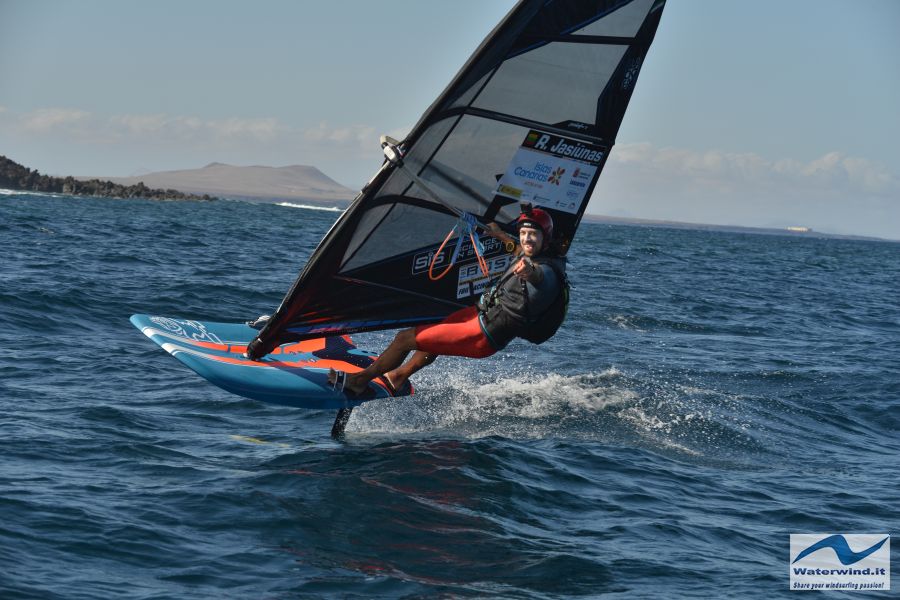 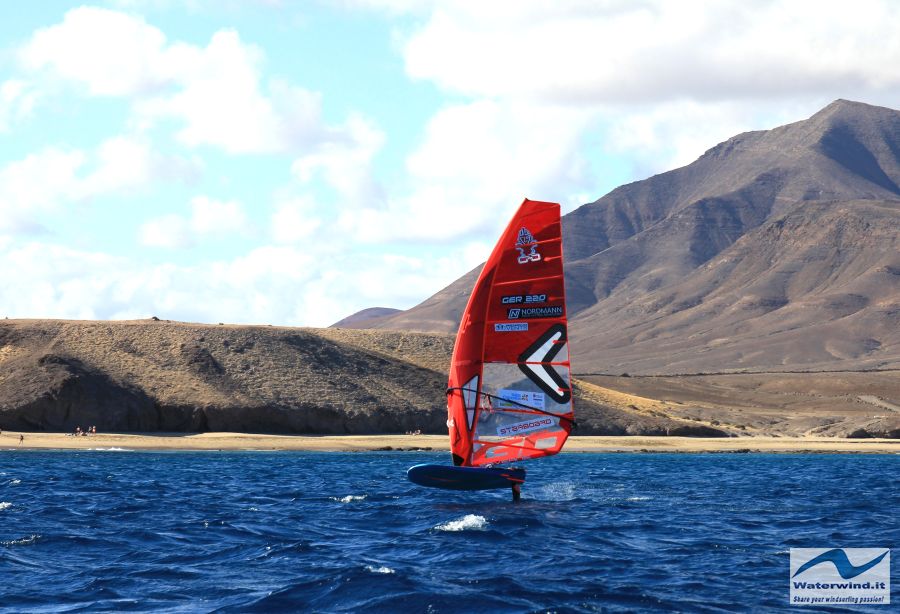 The organizers of the Lanzarote Foil Challenge, Los Charcos Windsurfing Club, Marina Rubicon, the Canarian Sailing Federation, and the Real Club Nautico de Arrecife were very grateful to all the sponsors and collaborators who have made possible this first edition, wishing that this regatta has continuity and consolidates the island of Lanzarote as one of the best scenarios for the practice of foil windsurfing.

The Lanzarote Foil Challenge has been made possible thanks to the sponsorship of Turismo de Canarias, the Cabildo de Lanzarote (Lanzarote, a unique island and European Sport destination by Turismo Lanzarote), sport area and Teguise City Council, as well as the rest of the collaborators of the competition.

The sailors, meanwhile, were very happy with the development of this challenge, a real test that only six were able to complete. This is an added attraction for future editions that will surely continue to bring together on the island of Lanzarote the best windsurfers in the world.

Click here, to enjoy the whole slidegallery of the event.