Windsurf wave boards are designed to offer the best performance among the waves, and in jumps. But the conditions that characterize waveriding spots can be very different, and may require boards with specific features. To help you know 2020 products peculiarities, we summarize some results of the tests conducted by the magazine Windmag.

As always, for all the details and insights, we invite you to purchase the March 2020 issue of the magazine. Read also the article on the tests of the wave boards 2019.

The boards volumes tested, this year, range between 76 and 85 liters; they are to ones that can be used as unique boards with sails of less than 5,0 square meters; i.e., these are boards for strong wind conditions.

The boards were tested with winds of intensity from 15 to 40 knots, with side off, side, and side on directions. As for the spots, the tests were carried out in Southern France (La Coudouliere, Carrò, Les Sablettes, Californie), on the French Atlantic coast (La Torche), and in Scarborough, South Africa.

The models tested are the following: 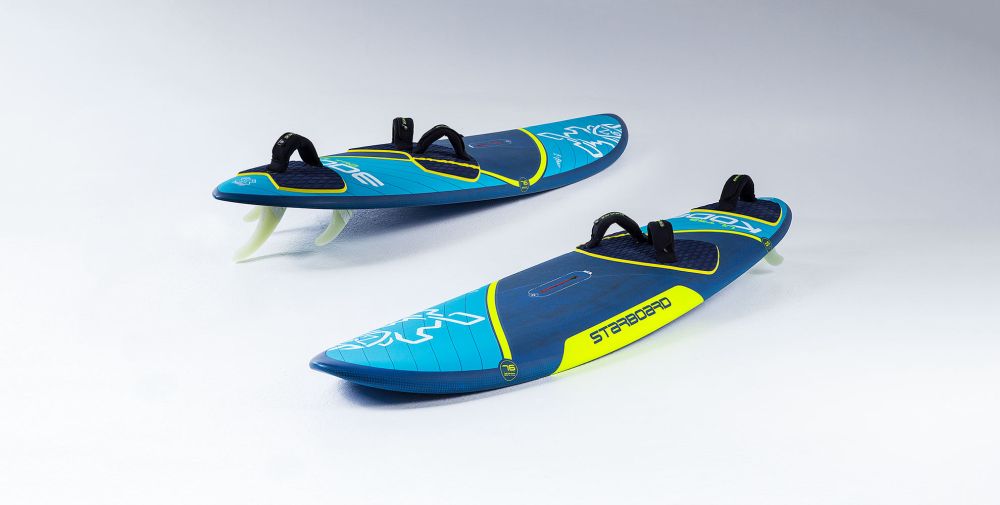 The AV Boards Dynamo 2020 (the shaper Aurelio Verdi has created its own brand) is characterized by a compact shape, with thick but rounded rails. Equipped with 5 boxes, it has been tested as a quad. It is a board for solid conditions, with well oriented wind and beautiful waves. Maneuverable board, which offers fluid and radical surf, in control (turns particularly well).

The Fanatic Grip is delivered with 4 fins for a Quad set-up, but is equipped with 5 boxes. Despite having been slightly redesigned compared to the 2019 model, it confirms the versatility and the excellent performance already known in past years, and still improved in terms of control and maneuverability.

The Goya Custom 3 is the Hawaian brand's thruster model. It too has been slightly redesigned (more rounded rocker, wider bow and stern), and will remain unchanged for two years. This board is also a multipurpose product, and offers mobility in a wide spectrum of conditions.

The Goya Custom 4 is Goya's quad model. Also in this case, changes have been made in the shape, and the model will remain in the catalog for two years. It is a board that shows excellent performance in carving, with powerful curves, drawn on the rails, but which is, however, versatile, thanks to the good overall performance. It performs even better, if sailed in over-powering conditions. 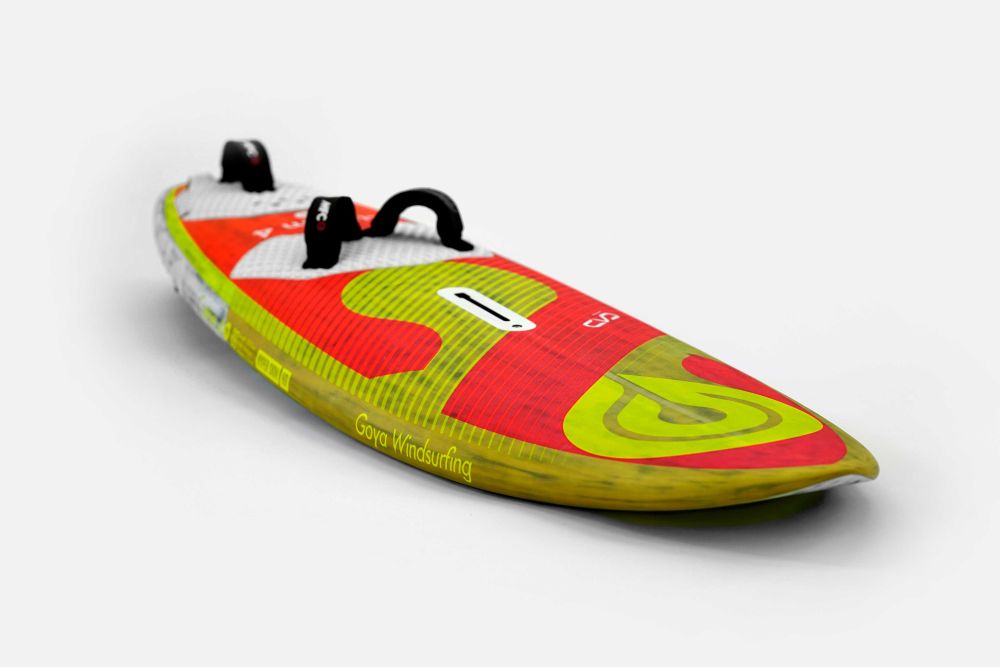 The Naish Assault is a new model for 2020. It is delivered as a single fin, but with three boxes, to switch to thruster. Compact shape and sub-parallel rails. Fun board, for onshore conditions, and small waves or Bump and Jump.

The Quatro Cube (Quad), for 2020, has been redesigned by Keith Taboul. It has a compact shape too (short and with sub-parallel rails). It is an effective board in side/on-shore conditions, with medium-sized waves; nervous, but maneuverable. A wave board for European conditions.

The Quatro Pyramid has been deeply reshaped by Keith Taboul for 2020, especially in the hull, and in the rails (more parallel, but the bow always remains pointed). However, it remains a radical board, with an attitude to carving.

RRD Hardcore was not redesigned in 2020 (it was completely redesigned in 2019). Radical shape. Equipped with 5 boxes, it is delivered as a trifin, with k4 fins. Radical board, handling, and at ease in carving, but with a good versatility.

Severne has rethought his Nano, for small and medium wave conditions. Compact shape. It is equipped with 5 slotbox slots, it is delivered with 5 fins, to set it both as a thruster and as a quad. It is interesting to note that the same Allen Key provided is used to mount the straps, fins, and adjust the battens! It's a very fun board, for side on conditions. With the trifin set up, it has a somewhat elusive drive.

The Simmer Flywave (a not made in Cobra board) has a compact shape. Equipped with 5 boxes, it is delivered as a Quad. It is a board that has seduced the Windmag testers, radical, but without being too extreme, enough versatile, for riders with a minimum of technical experience. 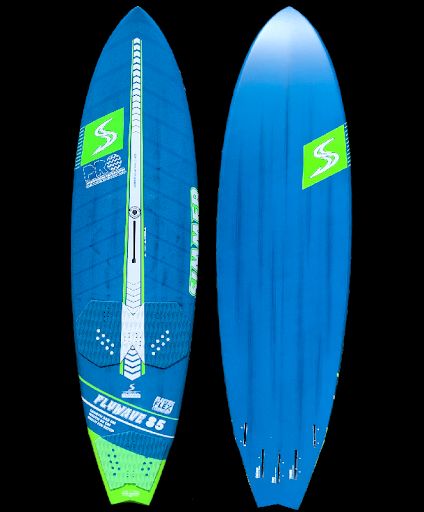 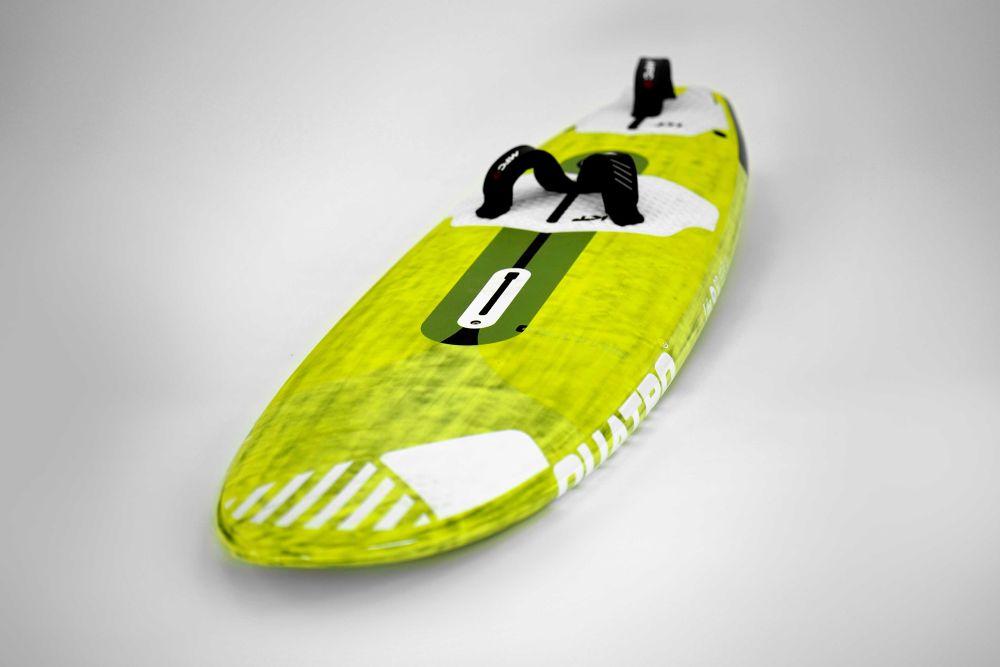 The Starboard Ultrakode is designed by Mark and Jaeger Stone with a compact shape. Equipped with 5 boxess (4 Starbox, and 1 Us box), and delivered as a trifin. The Flax Balsa version is a good compromise between weight and rigidity. It is a very multipurpose board, effective in all conditions, with excellent finishes.

Fabien Vollenweider added a few centimeters to the stern of the Da Bomb. The Da Bomb is a complementary board to the Da Curve, compared to which it is less radical and more tolerant. It is more versatile than last year's model. It is characterized by an excellent glide start, good jumping performance, as well in medium-wave surfing.

Finally, the Tabou Da Curve has not changed in 2020. Equipped with 5 boxes, it is delivered as a trifin. It remains one of the most radical boards on the market, for those who love to surf with freedom and control (what the producer declares on its website is important: "an outstandingly manoeuvrable wave board, it is updated with a straighter rocker, which allows you to plane earlier and go faster in a straight line. But not one bit of agility is given up due to the shorter tail, the two channels and the thinner rails in the tail section).

As usual, the boards were compared with respect to 4 types of performance: planing start, control, big waves, small waves, maneuverability.

As for the start in planing, almost all the boards showed good performances with the Fanatic Grip, the Goya Custom 3, the Naish, the Quatro Cube, and the Tabou da Bomb which stood out for slightly better performances than the others. In this respect, the AV boards model was lower performing than average.

As for the control, the AV Boards, the Fanatic Grip, the Goya Custom 4, the Quatro Pyramid, and the Tabou Da Curve have proved to be excellent from this point of view, and superior to the other boards, which, however, have all shown intermediate and equivalent performances.

As for the behavior in big waves, the best boards were the Fanatic Grip, the Goya Custom 4, the Quatro Pyramid, the Tabou Da Curve. Except for the slightly lower performing Naish, the other boards were substantially equivalent, and with average level.

Regarding the behavior in small waves, the boards all revealed good performances with the AV board, the Naish, the Quatro Pyramid, the RRD, the Tabou Da Curve, which were slightly below average. 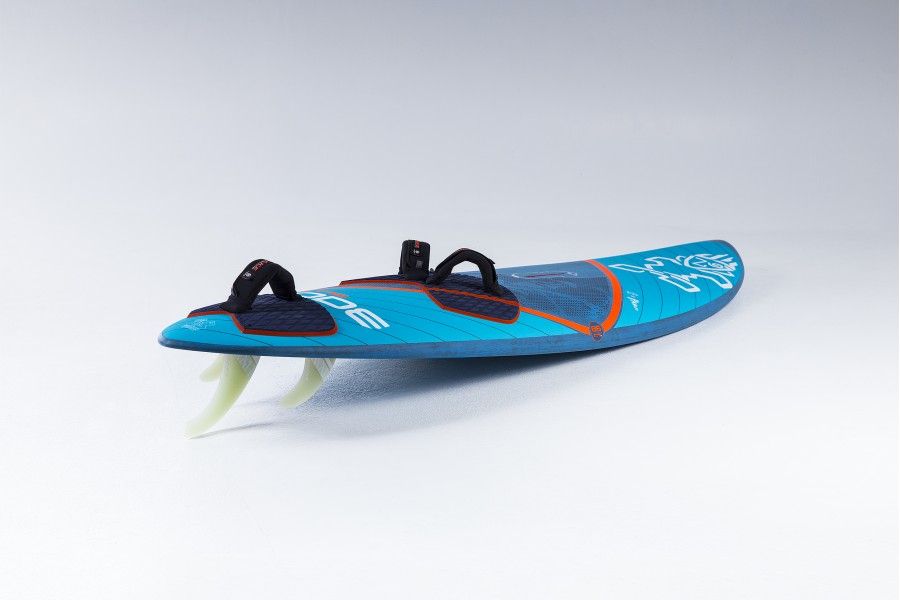 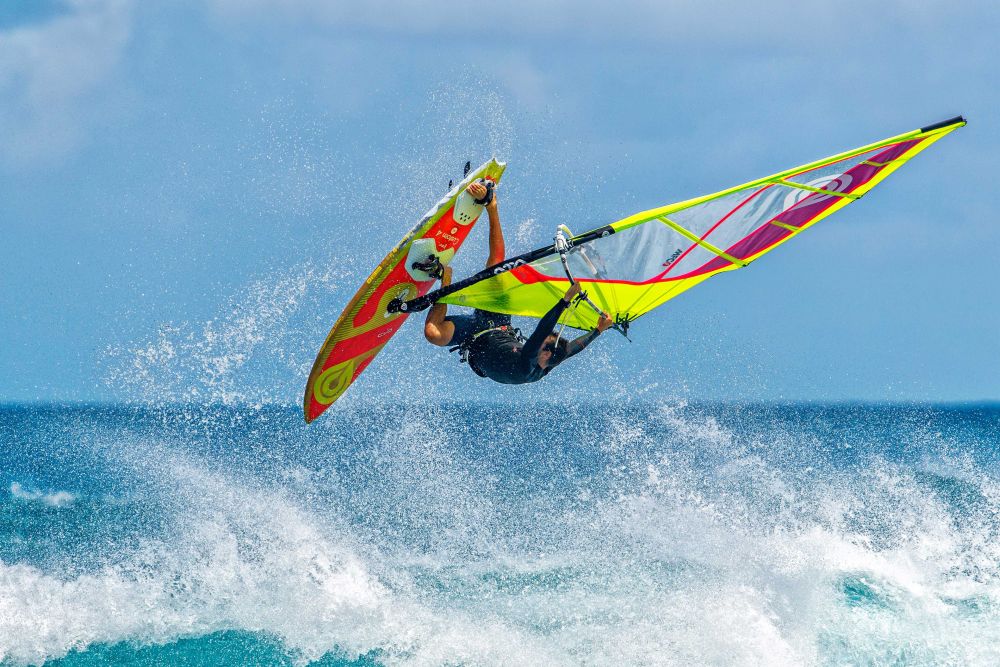 Finally, as far as maneuverability is concerned, the Quatro Pyramid and the Tabou Da Curve detach, quite clearly, all the others, which however show equivalent and medium level performances.

Ultimately, the testers showed a preference for the Fanatic Grip (model already very popular in recent years), the Goya Custom 4, and the Simmer Style Flywave.