Vada, just south of Livorno, is one of the most famous spots of Tuscany (Italy). We tested it with a strong northwest wind, but it works with winds coming from every direction. As well as among local riders, it is also popular among windsurfers from other locations (including Northern Italy), as it is at a reasonable distance from many major towns (Milan, Bologna, Florence), not located near the sea.

Reaching the spot, or rather the different spots (infact, there are several locations at short distance where you can enter into water and have a ride), is quite simple. The spots, from north to south, are: 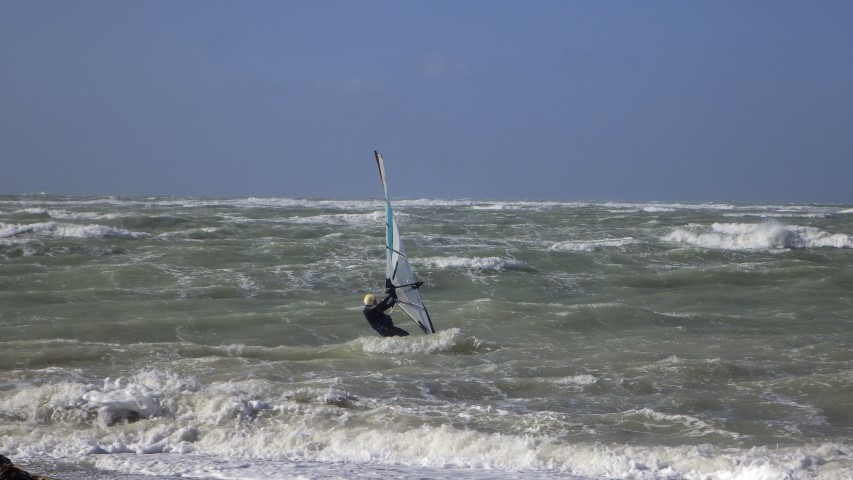 For those who do not live in the surroundings, and, therefore, take the Aurelia to arrive there, the best way is to take the highway, and, both if you are coming from the North or from South, to exit at Rosignano Marittimo (see map at end of article). From Milan, you take about 3h 30' by car. Except for the spot of Lillatro, located further north, for which should follow the road signs for Rosignano center, for all other spots, you can take the provincial (districtual) road 13, which leads to Vada Center. If you want to get to the spot of Vada Center, you have to go to the residential complex by the sea, and park at the end of Arcipelago Toscano street (see map below). For the spot of Pietrabianca Beach, instead, you must move to the north and take Pietrabianca street. From here, in winter, you can reach even the spot of Spiagge Bianche, while in summer the road is interrupted shortly after the access to the spot of Pietrabianca beach, and thereby to go to Spiagge Bianche spot, it is better to go all the way down Polveroni street. On the map at the bottom of the article, you can see the places where you can park for different spots.

We tried the spot on the 10th of February 2016 for the first time, with very strong mistral wind (WNW). To be right, we were in Pietrabianca Beach, and, for now, we will report in detail the conditions offered with this wind from that spot. We will provide a hint to the winds that can enter at the spots, but we will be able to give further informations only after trying thme also under those conditions. 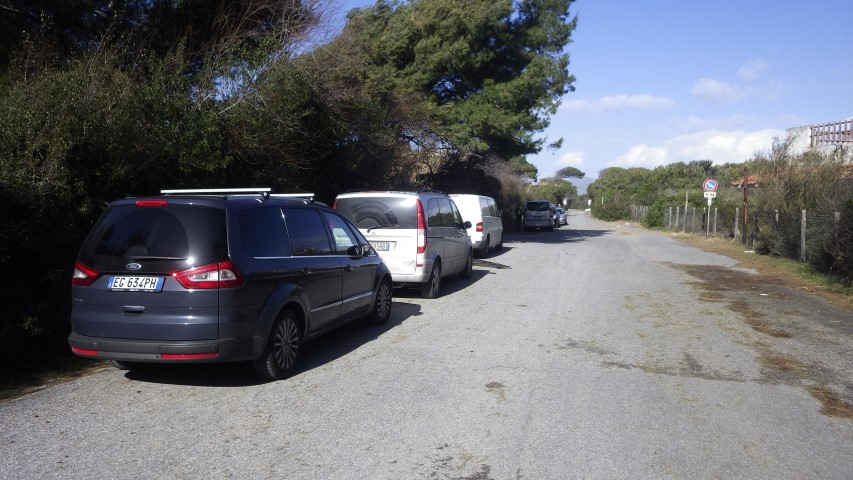 To have your session at Pietrabianca beach, at least in winter time, from a logistical point of view, it is quite convenient. You park along Pietrabianca street (see picture above), in correspondence of an access point to the beach (not very wide to tell the truth - picture below), through which, after only 50 meters, you reach the beach. The shrub vegetation between the beach and the road, with the WNW wind repair the road from wind quite well, and therefore, you can assemble your gear and dress or undress yourself easily near the car. Then, you bring the equipment to the beach. Remember that with strong wind, the gusts violently moves the equipment (I preferred to bring the board before, and then the sail to the beach).
There are also bath facilities, at which it is possible to park (in summer, parking is reserved for customers, only).

The beach is mainly pebbly. The bottom remains very low for a long distance from the shore (approximately 200 m), but in an irregular manner: you have shallow waters, to your chest (also 100 meters from the shoreline, in particular towards the jetty, bordering at South the sailing area of ​​this spot), which alternate with relatively deeper waters - about two meters, where you do not touch bottom with your feet. This means that, even with a strong Mistral wind, that here comes on-shore (especially if it is, really, a west wind), or slightly side on (if NW), big waves break far offshore, and in the shallow water area, where you surf, youn have low waves, almost a chop, slightly chaotic and parallel to the coast. Where you have waters to your chest, there may be waves breaking, but not higher than a meter and a half.

Near the shore, just to the right of the access point exit to the beach, there is a large concrete block emerging from water surface, which is good to pay attention to beachstarting on port tack and returning. But, however, it is clearly visible. Instead, the locals told us that there are other blocks completely submerged (at least at high tide), close to the shore, to the left of the access point to water, in the direction of the jetty, from which it is better to stay off especially while returning to the same access point. 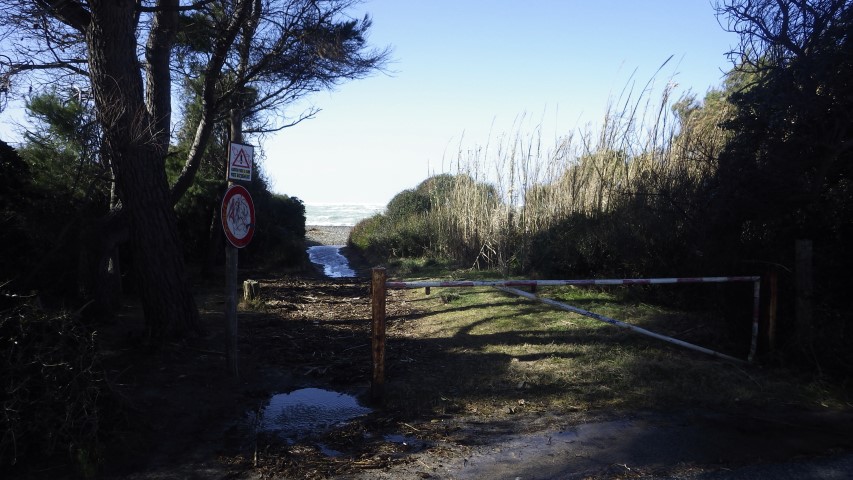 With West/North-west wind, your rides are parallel to the coast (within an area of 200 meters from the shoreline; outer, with strong wind, waves can be very considerable), between the point where there is the Vada Windsurfing Centre at North (closed in winter), and the long jetty at South (which you should not get too close to, to avoid bumping into it, if you go too much downwind in case of troubles). Towards the point where there is the Windsurfing Centre, some protection cliffs takes place of the pebble beach. However, it is not a big danger, because in front of them the sea becomes very low (at calf); therefore, it is difficult to bumo . In this area of ​​sea, precisely so low because of the seabed, the water surface is nearly flat, and, therefore, the more they are close to the edge, by tacking or gybing, or resting, at the moment. In fact, if you fall, you can rest your feet on the bottom, and take back a moment. Near the center, there is also a slipway, which some have seen used to enter the water. The edge toward the wharf at South, with NW allows you to earn better off. 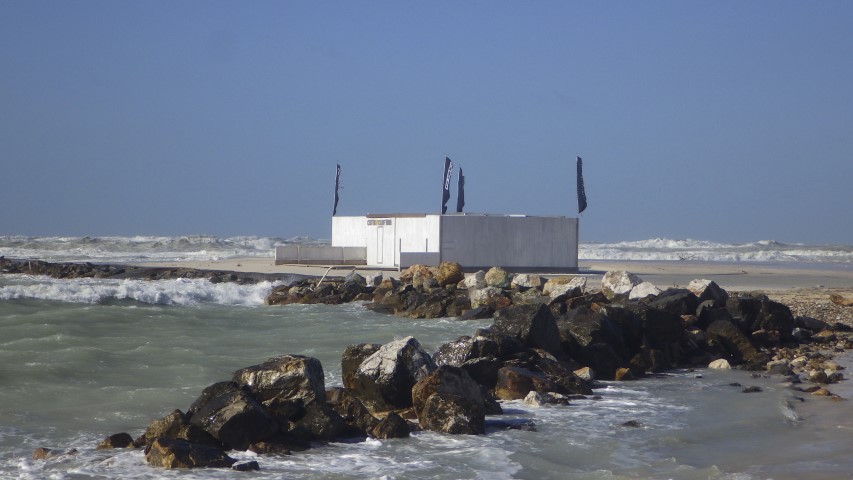 While riding south on starboard tack, you first meet flat waters in the center of the bay, and then, approaching to the shallow waters just before the pier, a stretch with some breakers, which can be exploited for some jump, and less easily for surfing. In fact, with this wind direction, you ride almost parallel to the waves (as said, however, contained). Therefore, they're not the better conditions for waveriding. As you understand, Mistral and Ponente push riders towards the beach. So, even in strong wind conditions, such as those we tested, the spot is pretty safe (except for the danger of the concrete blocks above indicated). From the Windsurfing Centre to the pier at South, sea stretch that you can ride is approximately one kilometer long. 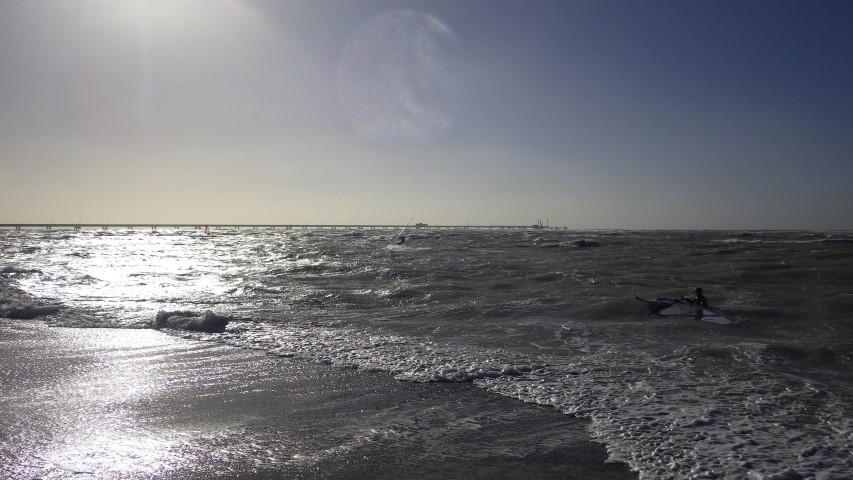 With strong West/North West wind, we have also scoured the spots of Spiagge Bianche and Vada Centro  (but we did not get into the water there). According to local riders, the spot of Lillatro is impossible under these wind conditions, because waves get up close to the shore, and they are really big. At Spiagge Bianche, the beach is of fine white sand (formed from calcium carbonate discharged from Solvay, a firm located on the coast), very inviting, but with strong WNW wind to enter into the water there appeared very uncomfortable. First, in winter you can park along the road (but only where it widens, not to block the passage of other cars), but places to leave your car are few. Otherwise, you must leave your car further away (see parking lots near the SP39, indicated on the map) and take the equipment to the beach with a trolley.
But also if you park along the road, the beach here is very deep, and with strong wind, transporting the equipment along it up to the shoreline can be exhausting, and uncomfortable. Here, the waves break much closer to the shore than at Pietrabianca Beach, and with strong wind you have a messy sea: it seemed to me that it would have been quite hard to face it for a session. 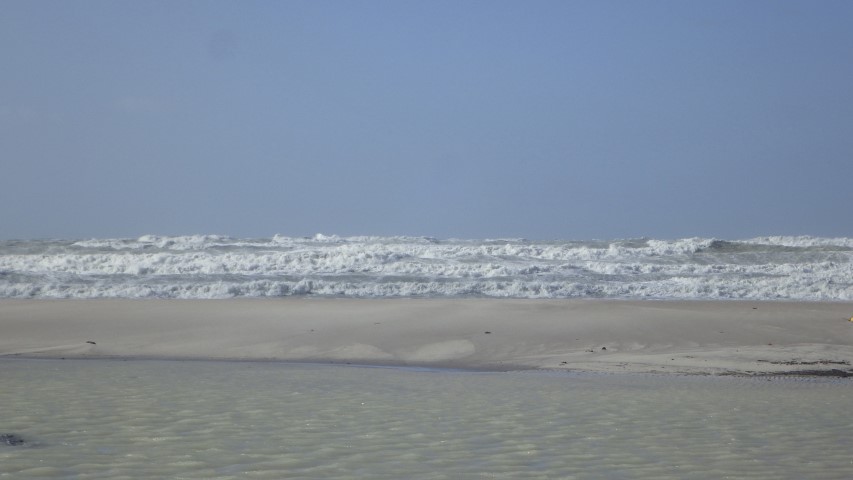 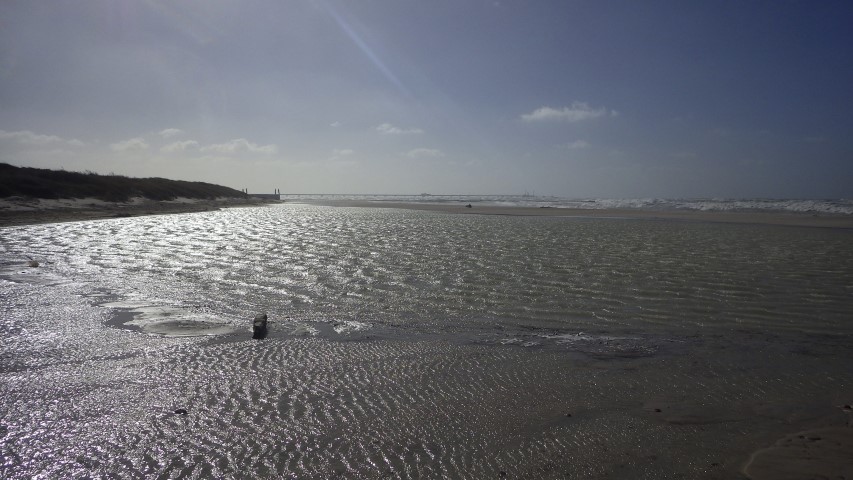 The alternative to Pietrabianca beach, with strong WNW, is to have your ride at the beach just south of Vada Village Center (Vada Centro in Italian). Overlooking the spot from the protective breakwaters cliffs in front of the village (i.e. looking south from there), the sea there appeared reasonably quiet (see video and photos). Here, on the shore, there is a narrow sandy beach (the day of our visit, the sea storm had almost completely made it disappear). 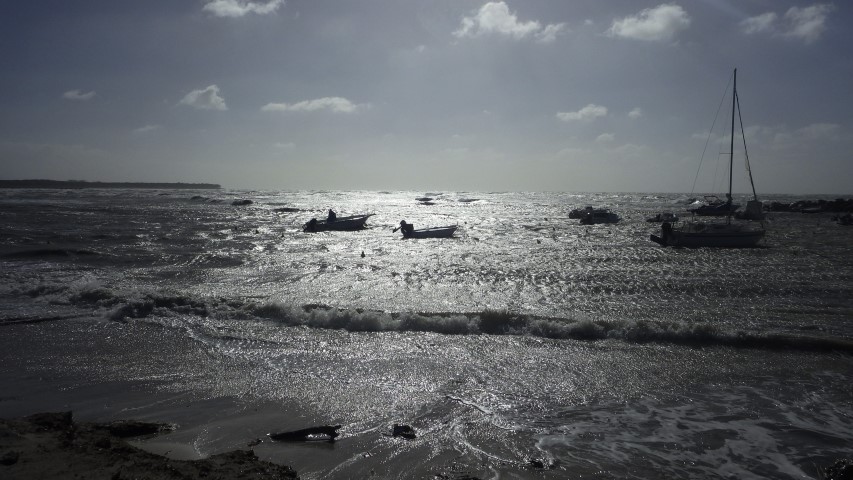 We read on another web site, that the mentioned spots also work with easterly winds, here coming offshore, with flat water conditions, good for freeride and slalom; with southwest wind (with similar conditions to the west), and the sirocco (South East). With the south east wind, which also can blow strong, medium high waves can rise, particularly near the shallows.
In summer, the spots work also with a thermal north west breeze, which can achieve remarkable intensity.

In short, the merit of Vada would just be that it works with winds from all directions. And, in fact, the inland hills, here, are far away.

We did not have the need to stay there overnight, an so we are not able to give specific advice about where to sleep. But it is a tourist destination for summer holiday. So, you'll have different options (for example, camping-sites - see map). The day of our visit, even if winter time, the bar of Pietrabianca beach baths was open (it can be useful for a snack or a beer).

A short movie filmed on some of the spots, described in this article