It's been a good week for Bora Wind in Sottomarina (Venice, Italy), the last one just passed, between late September and early October 2015. In the first part, it gave a lot of wind (though not always optimal as direction and stability), and waves to jump and surf. In the second half, the waves have become smaller, but more regular, and the skies have been covered. But the fun was not missed.

On Monday, September 28th, we went there, trying the spot for the first time. We found wind at 25 knots, mainly on shore, sometimes with significant changes of direction (event 60-70 degrees). Sea was rough, with disordered waves, of 1 meter near the shore, up to three meters off shore. It was a sunshine day.

I went out with my 86 liters Tabou 3S board, coupled with a 4,7 Panther II Ezzy sail.

Wind, according to me, was not really good to overcome the waves, since it was onshore, and, above all, unstable, so that I often suffered from lack of power in the sail, in lulls, or while I was trying to point the nose of the board towards the waves to pass them, or to jump on them (since doing so I had the wind coming from the same direction of the waves). So most of all, I managed to ride parallel to the waves.

Because of shallow waters near the shore we had to be careful of touching with fin the sea bottom.

Below, we list a few pictures and a short video of the day. 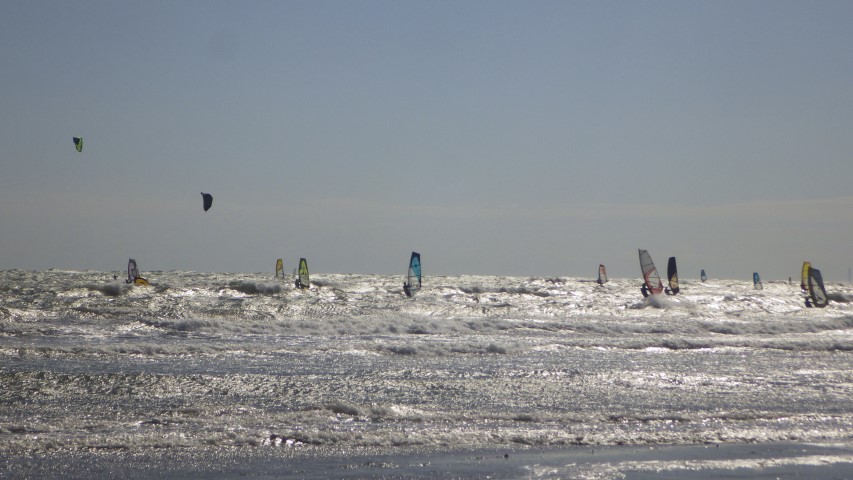 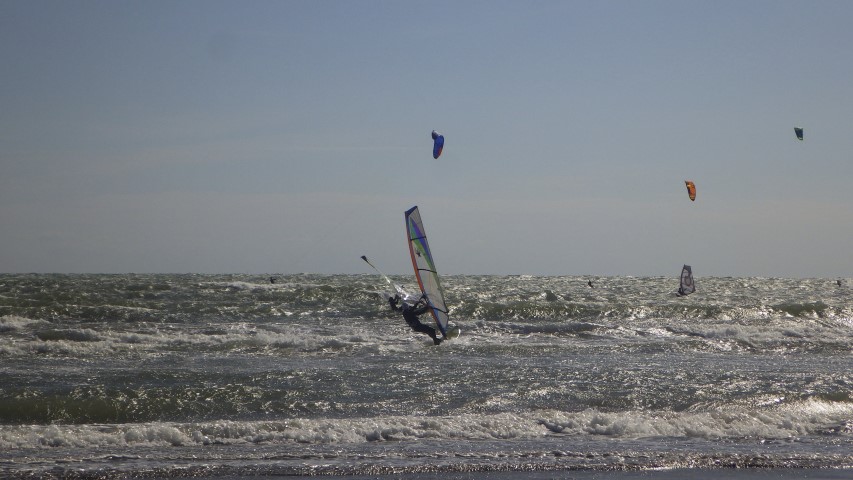 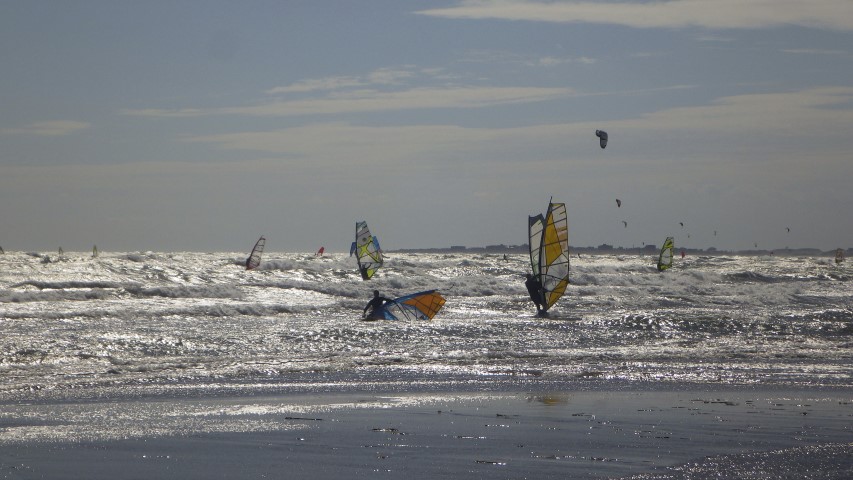 Thursday, October 1, 2015, our friend Guelfo Bottacin, expert rider from Venice and President of ASD Zizzastyle Windsurfing school, had his session at the spot. He sent us this nice report, as always full of sensations, and useful technical considerations. This time, in particular, he focused on the performance of his new board, a Goya quad. Gladly we publish his writing. 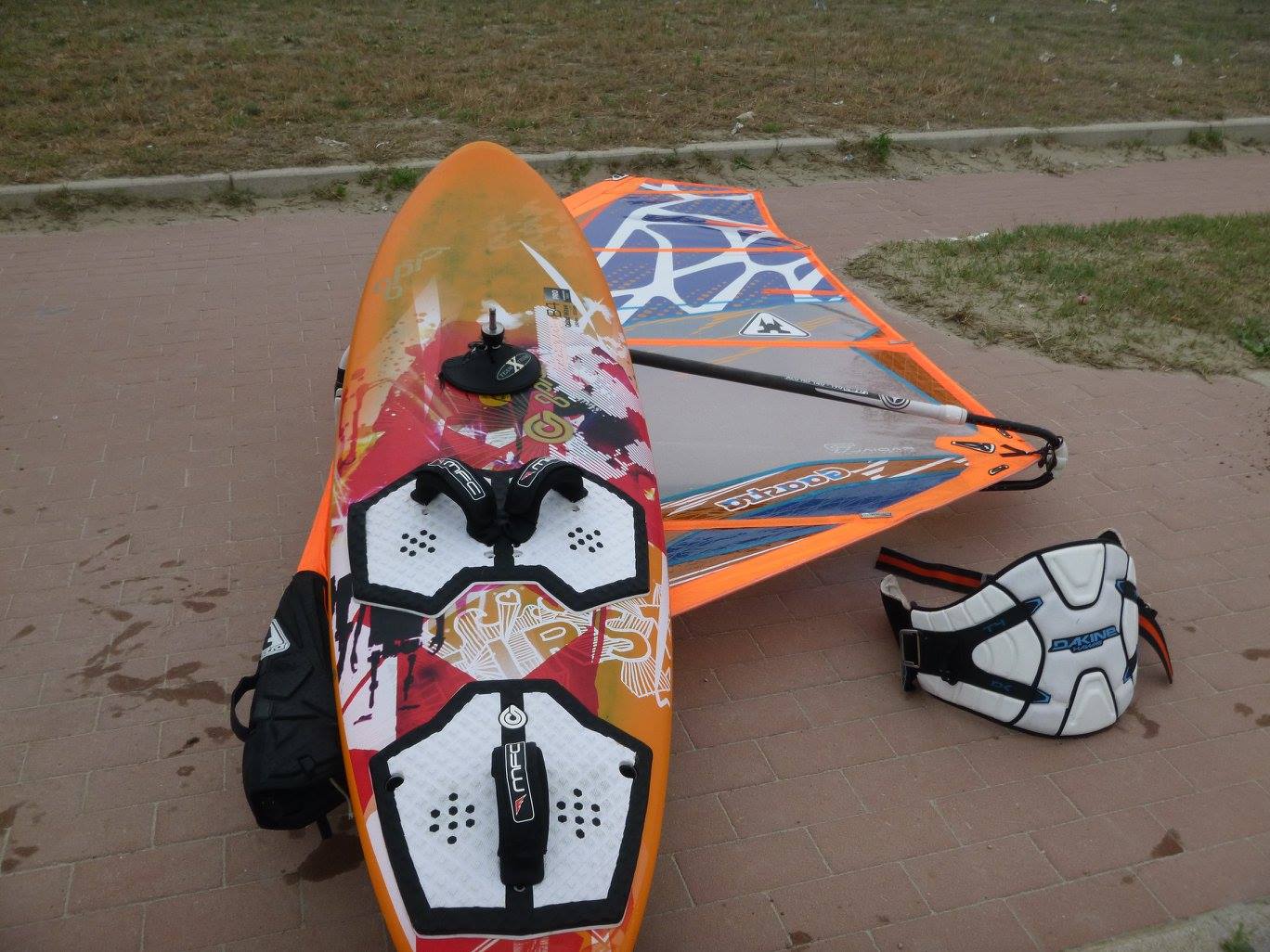 Where to go with the quad?
This is the question, in the windiest week of the year ...

I decide that, after a Sunday tasting, only 45 minutes  in the water.
I have to take a day off to surf without worrying about traffic on the way back.

I choose Thursday, 1st of October.

In short, arriving at the beach, I am amazed!
Instead of finding an upset sea, there are
regular waves, smooth in some sections.

I thought that the wind was strong, while it is not,
so that the rig a 4,4 to stay in the middle...
I have with me my Goya Quad custom 84 to try. I soon realize that it goes like a train on the tracks ...
although I had been told that I will have to adapt, to dose the pressure on the edges to
surf the waves. I would say it's fantastic! 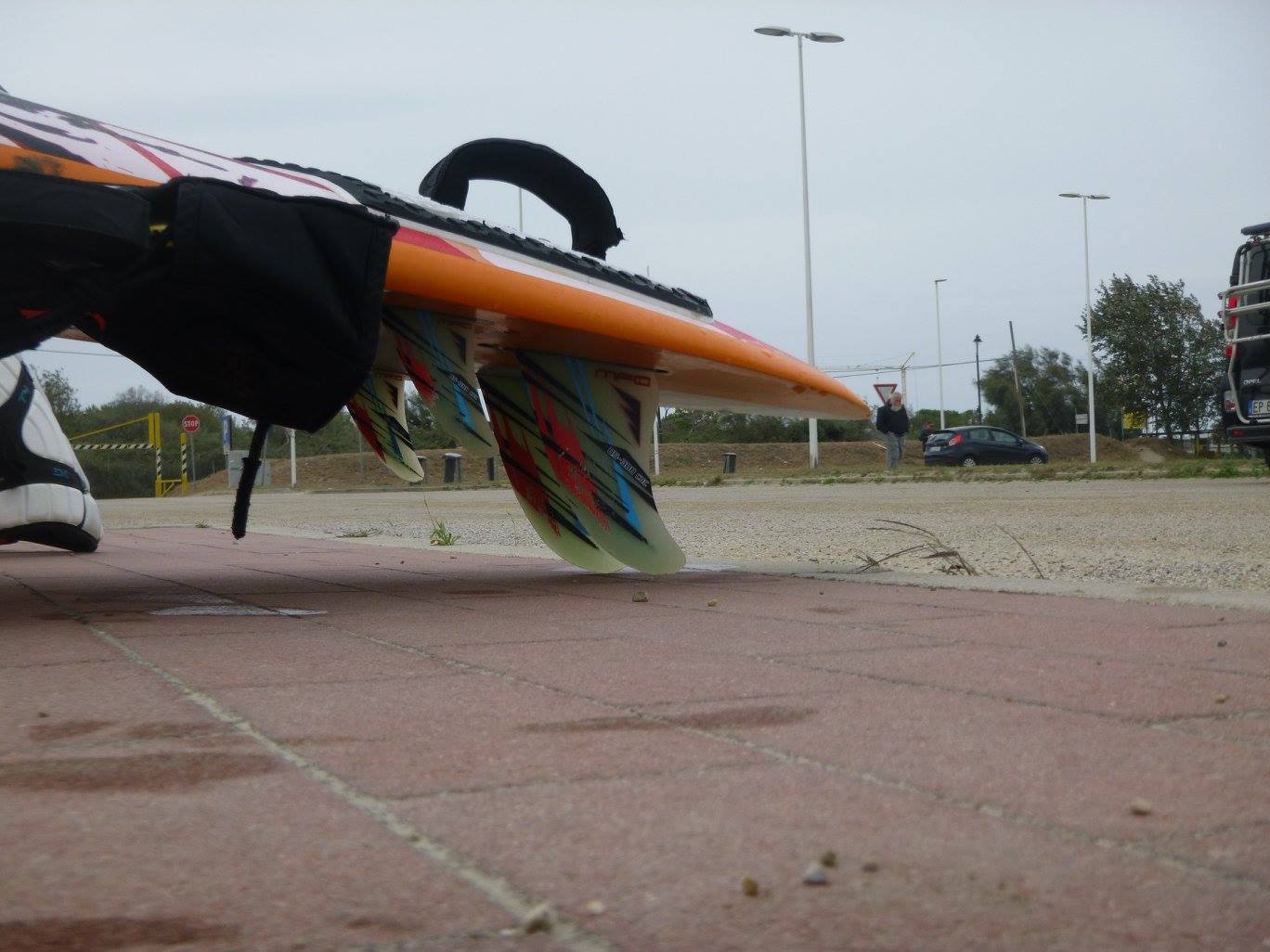 I have also done something wrong, but I liked some cut back very much, touching the foam.

Decision is needed, I'm already getting confidence, and I'll improve! 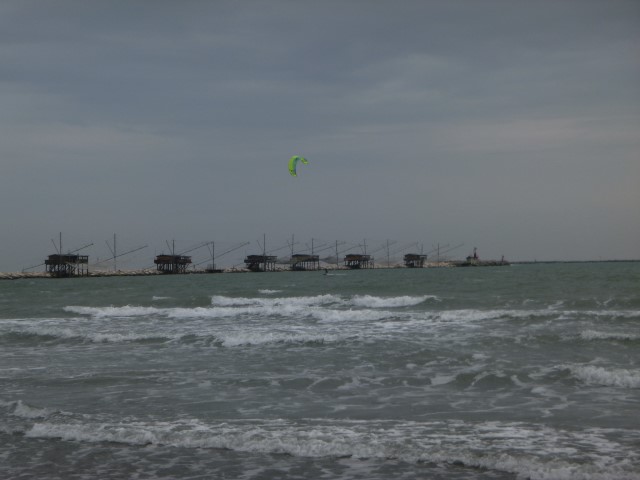 I took some algae...  frustration ....
but the board doesn't stops its planing!
I can increase my speed and manage to remove them .....
Maybe in the wave, I do not have the fluency that I expect ...
but I never stop!
In conclusion ...
thruster or quad?

I leave to you your judgment ...