A great day of sailing and sport at Univela Campione, with 18 races finished on the water for all three categories at the iQFOiL INTERNATIONAL GAMES YOUTH & JUNIOR, thanks to the return to normality of the World renowned Garda weather conditions. Early in the morning three Course races for all, with a 13/14 knot wind from the north, Peler, while around noon it was time for the Medal Races with the south-easterly breeze.

This is the chronicle from the racecourse.
At the end of the morning, after the three Course races, the ranking positions were still quite similar to yesterday. In the U19 boys the leader was still Dutch Hidde Van der Meer, followed by Federico Pilloni from Cagliari and Jacopo Gavioli. Excellent performance by Manolo Modena (ITA) who won two of the three races, with the other one going to the first in the ranking.
In the girls' category, Sofia Renna (ITA) records two firsts and a second and sails to the Medal with the yellow-gold bib. Lina Erzen (SLO) keeps the second place, in spite of some not excellent Course races, and the Czech Barbara Svikova goes up to third position (a great value before the Medal Race, as you skip the quarter final), taking off from the provisional podium Katerina Altmannova, who was wearing the red/bronze bib since the beginning of the week.
In the Under17s, Ian Anic (CRO) goes straight into the Medal Race final, winning two of the three races, Skip Brüll (NED) scores a win and two seconds and is second, with Robin Zeley (SUI) taking third. 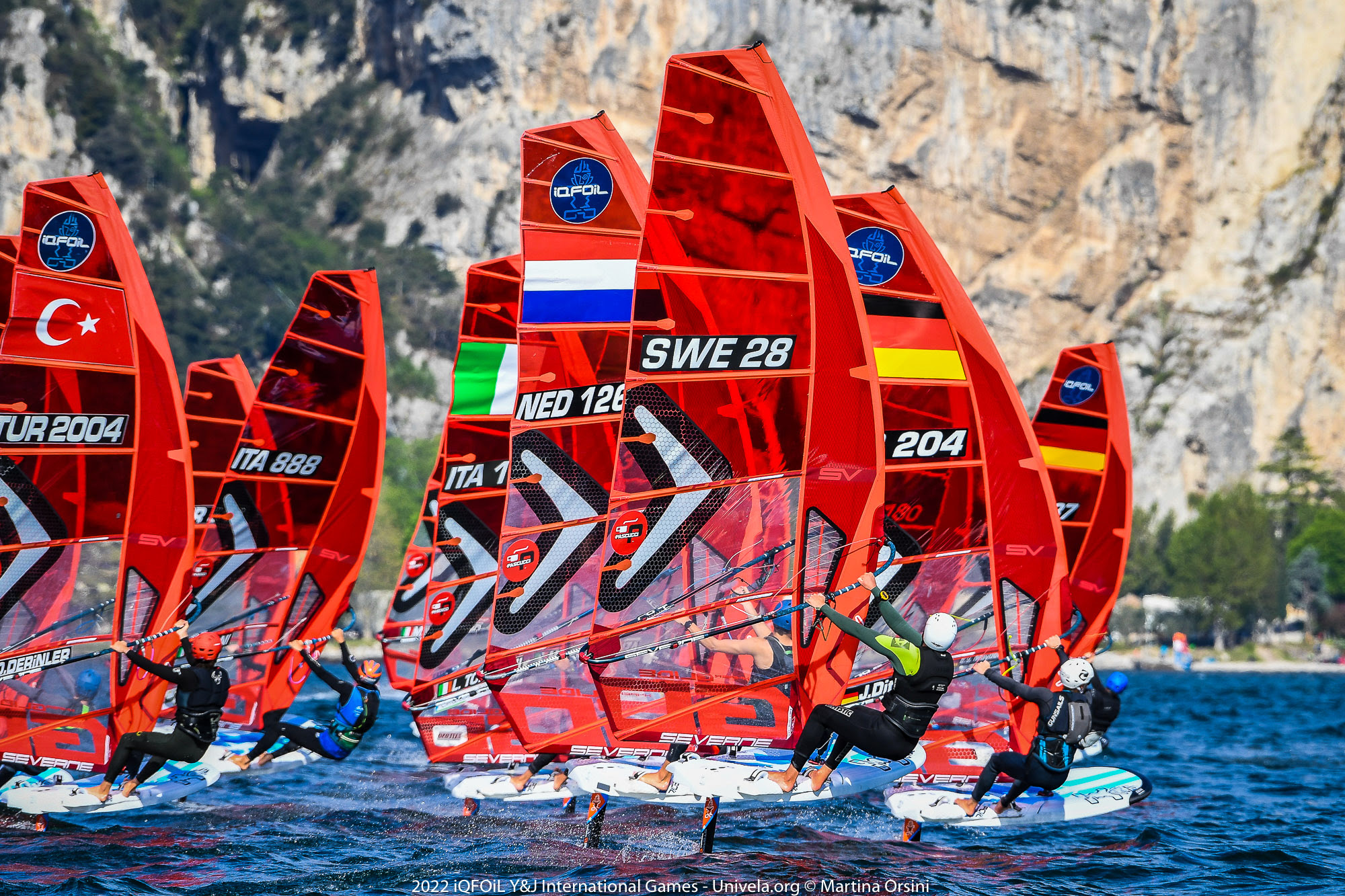 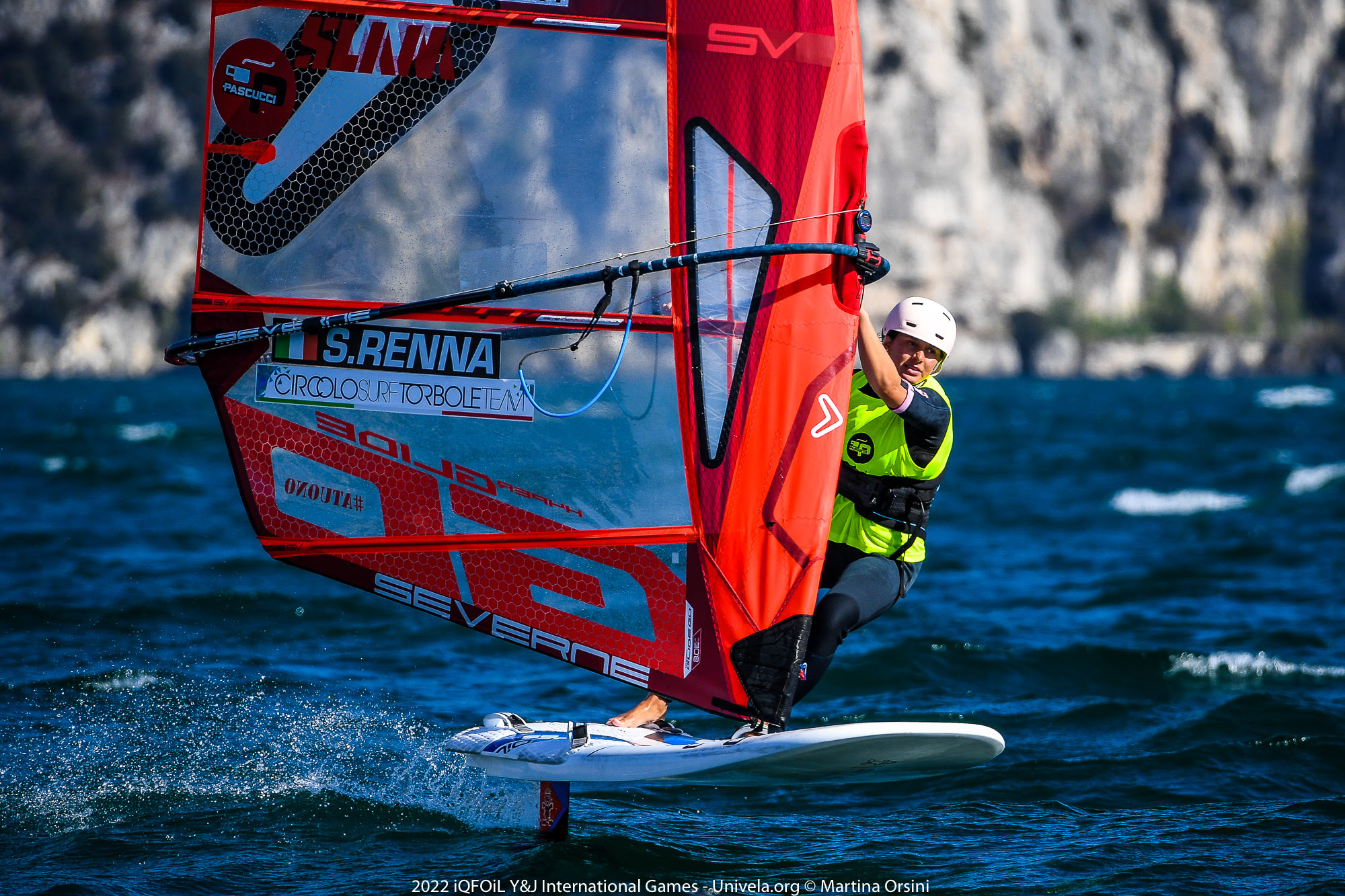 Plenty of surprises in the Medal Races, the knockout races where the points recorded during the week no longer count, it's just a matter of crossing the finish line ahead of your competitors.
In the men's category, the young athlete from Cagliari, Federico Pilloni, started his climb to victory from the semifinal, as he was second overall, he moved on to the final, finished first and win the event, while the undisputed leader of the week, the Dutchman Hidde Van der Meer has to recover from a dive in the water. The Turkish sailor, eighth until this morning, passed in both the quarter-finals and the semi-finals and then took the silver medal, leaving Van der Meer with the bronze medal.
"I'm so happy with this result, I put a lot of work into it, but it's just a starting point for me. Now it's back to training and then we'll see what else I can do well. It's a very good start for me in the Under19 category, since I was in the Under17 category until last year", a very happy Federico Pilloni declared right at the finish line.

Sofia Renna (ITA) entered the Medal Race as leader and had to start from the final. She was in the lead at the downwind gate, then gave up the leadership to the Slovenian Lina Erzen in the upwind leg but manages to take it back in the last downwind. Sofia went to cross the finish line first, confirming the position she had been holding all week. Lina Erzen is second, and in third position there’s the Czech Barbara Svikova, who took the place that fellow countrywoman Altmannova had occupied all week.
"The week started with a lot of slalom and light wind and I'm glad I was able to do well” says Sofia Renna, “even though it's not my favorite specialty. This morning in the Course races it went well and then there was the Medal race which was not easy at all, I had to fight hard. I wasn't always in the lead and I had to find my way to the win! On Thursday I will leave for Hyeres for a Senior World Cup event, and then on to the European Championship in Torbole in May". 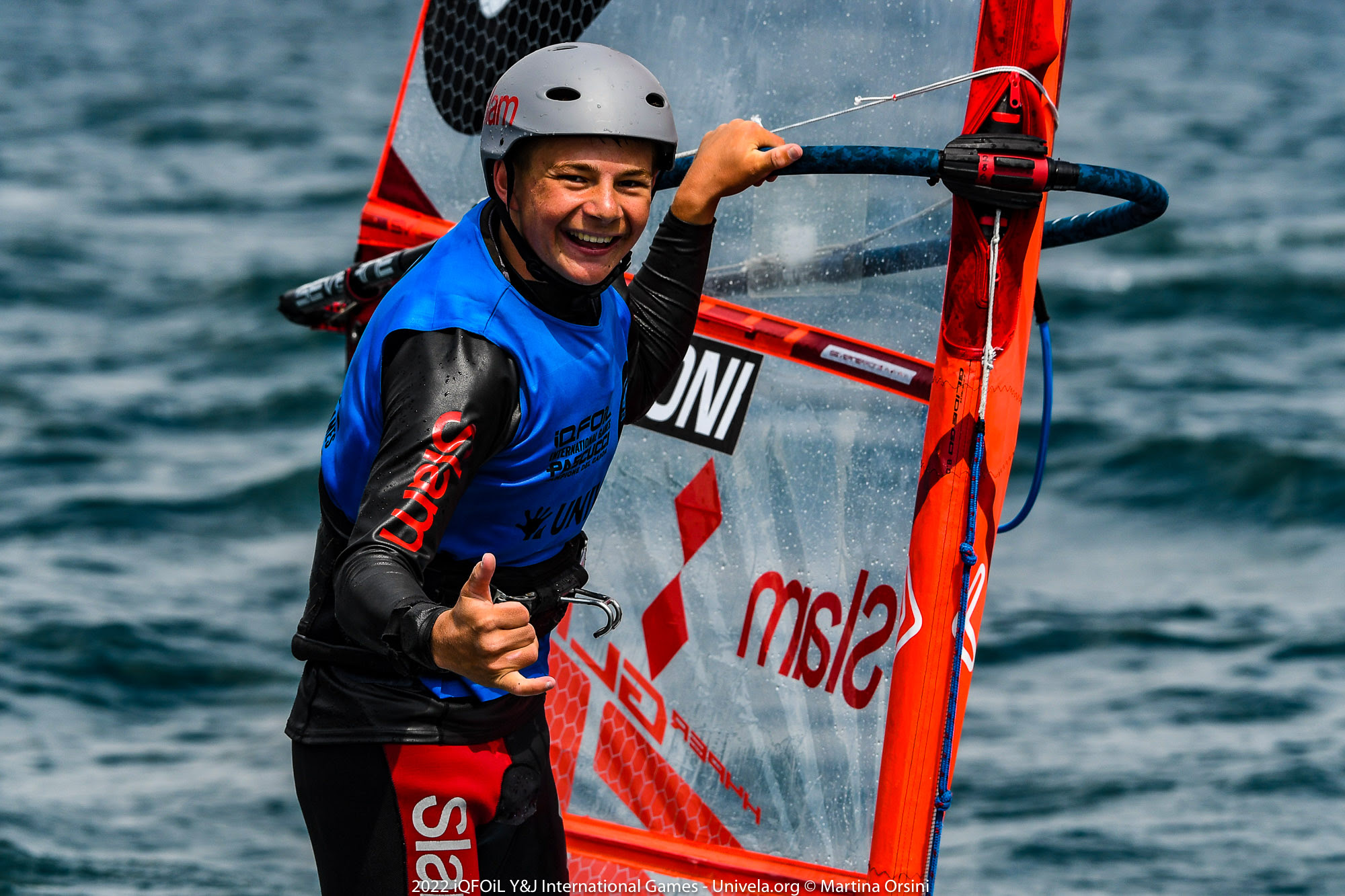 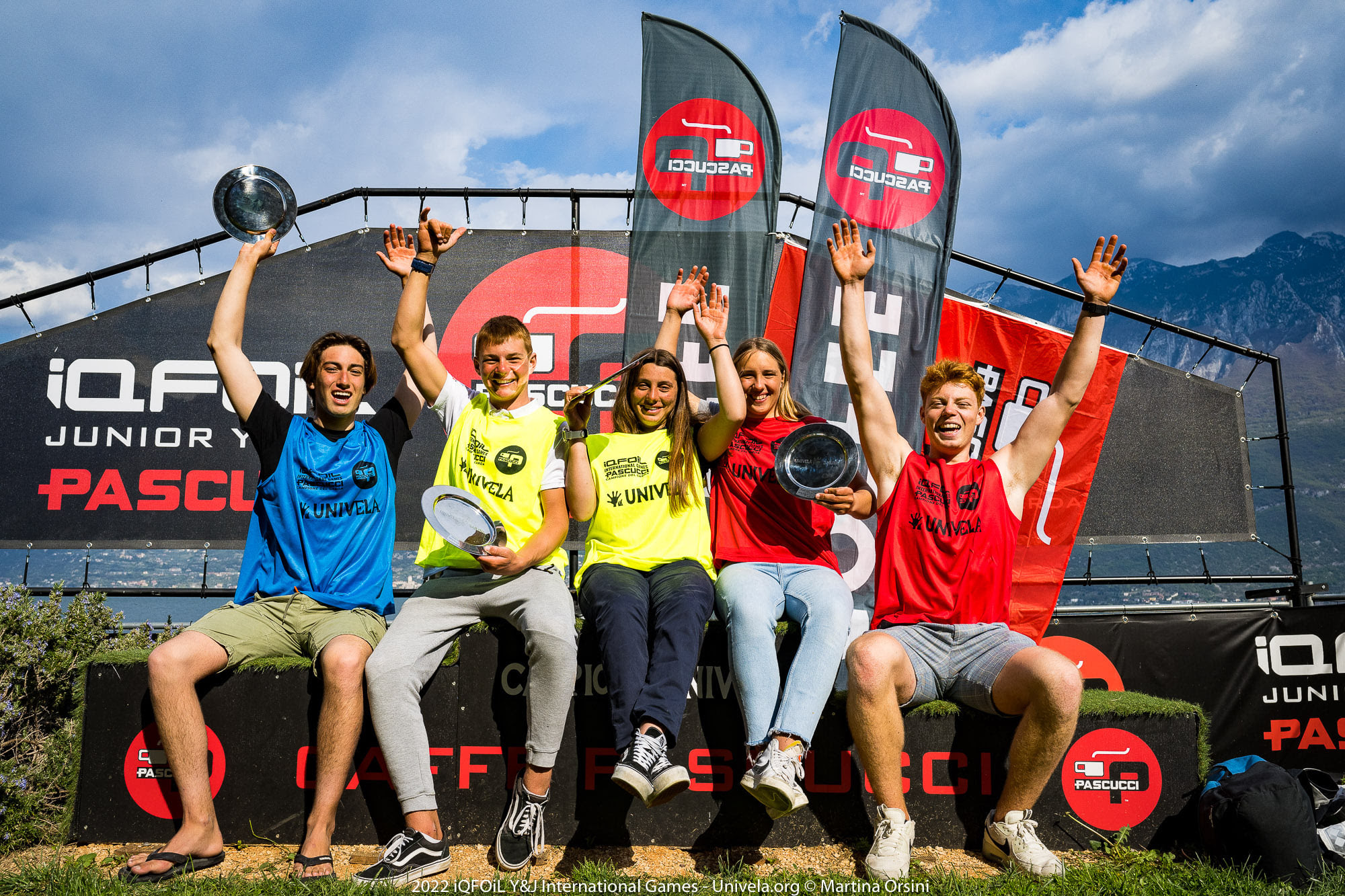 In the Under 17, Croatian Ian Anic has scored a string of first places this week, but they didn't help in today's Medal Race, because Dutch Skip Brüll, fresh from the semifinals, was faster and took the title away from him. Just as Poland's Maciej Dabek, seventh pre-Medal Race, got the bronze medal away from 14-year-old Swiss Robin Zeley, who didn’t make it past the semifinals.
“At first it wasn’t as fun as it was light wind and we did just many Slalom races, then today it was very windy today. With three Course races people got the chance to build up a little from where they were, unfortunately we didn’t do the Marathon, but we had great conditions for the Medal Races. It was a pretty fun race, unfortunately for Ian, he went too far and didn’t tack early enough and this is I got the wind, a small mistakes that cost him the event win”, says Skip Brüll.

The next event with the iQFOiL INTERNATIONAL GAMES - this time for the Seniors - will be in Campione del Garda from May 3 to 8.