We were ready to introduce Gonzalo Costa Hoevel joining our Point-7 Black Team news by end of February, but for obvious reasons, we kept the news waiting till now. We are sure Alberto would have been happy to have had his friend Gonzalo on his side during the PWA events and vice versa.

Gonzalo has known Alberto from the very first events Alberto was taking part to. They were good friends and had both great respect of each other.  Gonzalo’s smile and positive attitude will bring new fresh motivation to the Black Team.  He will be a key tester for our AC lines and we are excited to have him on our Black Team. He is now in Tarifa tuning his AC-ONE Zero15 getting ready for the season to begin. Welcome Gonzo to our Black Team! 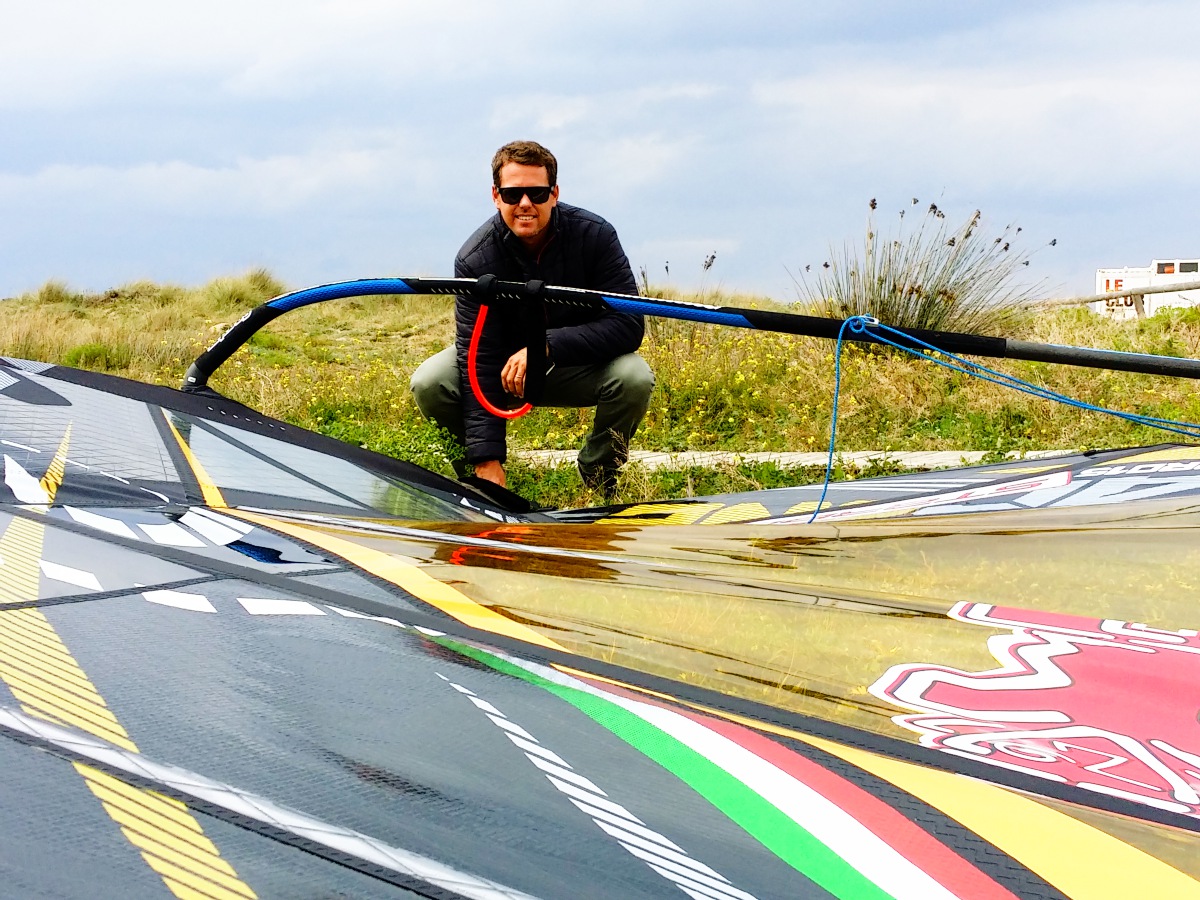 Ciao Gonzalo, for many this will be a surprise. There was no rumour about you changing sponsor, when was this decision taken? We've talked many times in the past years but by the end of last year we started talking in a more serious way. My relation with Loft seemed to be coming to an end so on December we came to something close to an agreement.

We had a lot of brainstorming for some weeks as we both new that my involvement was not going to be as a racer only. So somewhere in January we agreed that i was going to join.

What made you chose to go Black? Was it something that you were thinking since long, the fact that you and Andrea know each other from many years? I met Andrea a long time ago when we were both part of the NP and Starboard international team. We raced against each other in Formula many times and we shared not only great battles but many podiums. We've always had a great relation. So i knew that working with him was something that someday i was going to end up doing.

On the other hand, watching all the team going so fast on the sails impressed me a lot. Not only the top guys of the Team but many other guys suddenly got some extra gears on their hands. Last year i tried the 7.9 here in Tarifa and it just blew my mind. 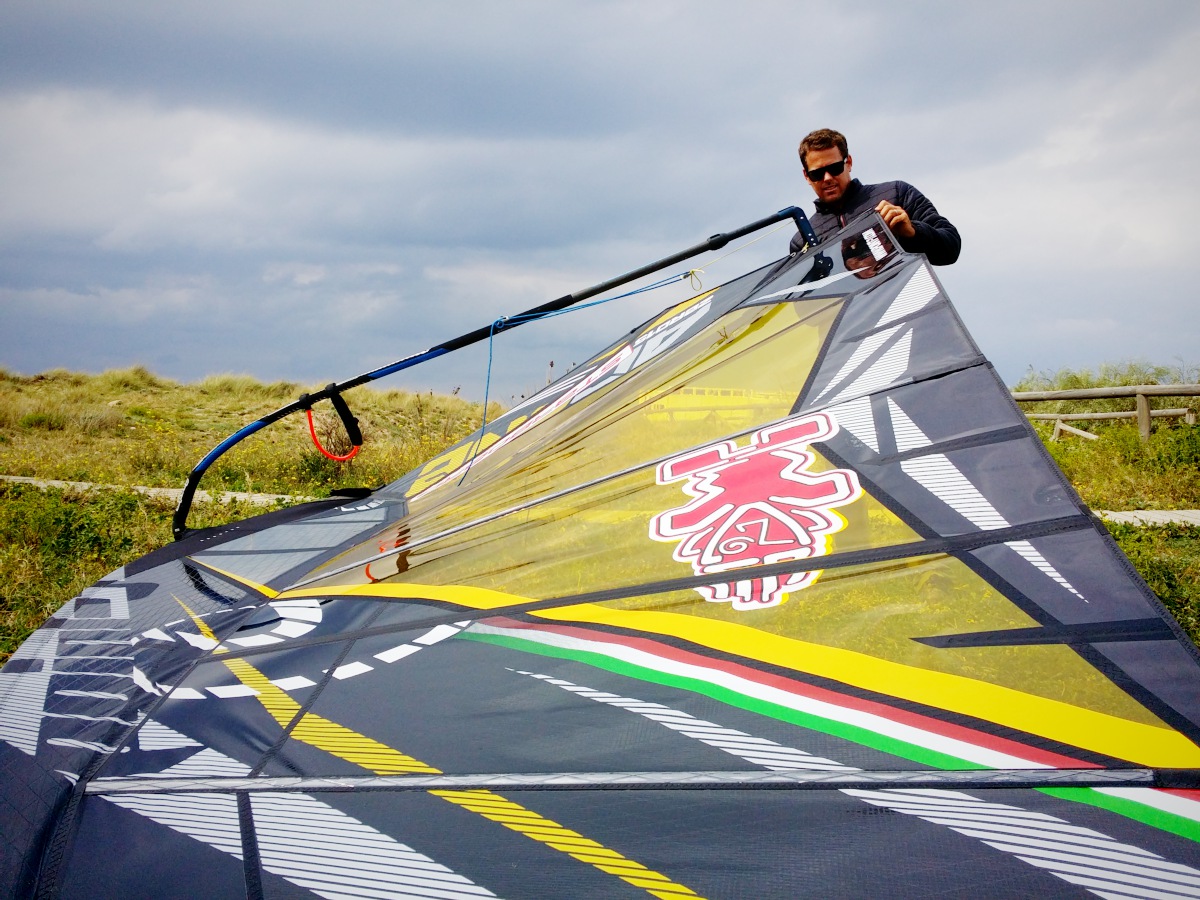 You are joining the Black Team in a sad moment, and just missed the chance to actually test and work with Alberto Menegatti. What type of relationship did you have with Alberto? Very sad times indeed. I knew Alby for a long time too. We were sharing sponsors for a long time when we were on F2 so we spent a lot of times together. We've travelled together to events, shared acomodations,  tested together, we grew together in skills but most important we had great times as friends just enjoying our wonderful life.

A couple years back when he made that huge jump to the top i was so happy for him and we've talked many times that would be good to be teammates. If you knew Bamby you will know that he was an extremely hard worker, huge determination and probably the sports men with highest ambition I've ever met.

On last december we started wazzuping and he was probably the only one that new my move to Point 7. He was sharing a lot of info of the new sails and we were planning a lot of things for this year. It is always nice to have someone to team up at events, we were going to be both with P7 and Starboard, and we both trusted 100 % each other.

So what can I say..sad times indeed. I remember him daily, and i try not to get sad, so mostly I think of all the great stories we lived together. I find a lot of inspiration on the way he lived his life.

Tell us about how you plan your year? Pwa starts just before the winter in Argentina and you are moving to Europe to keep up your training schedule. I just arrived to Tarifa and I am at the moment setting myself up. Just moved in to a nice appartment here for the year and I am looking for a nice van too. I will be here all year training with my good friend Ben van der Steen and it seems that a lot more guys will be here too. At the moment there are at least 15 pro slalom guys here so it is great energy around for training.

It was summer in Argentina so i was very active in the water, so it wont take long to adapt myself to the new gear.

Right now i will be more focus on the Formula training as we have the formula worlds in almost two weeks time.

You just got married to your beautiful wife. Will this change the way you planned your seasons compared to the year before? Not really! I will still be 100 percent and she will come with me to most of the events. Delfi used to race optimist/cadet and 29ers so she enjoys coming to the events and watch me racing.

She is a good windsurfer too so she might join some events. 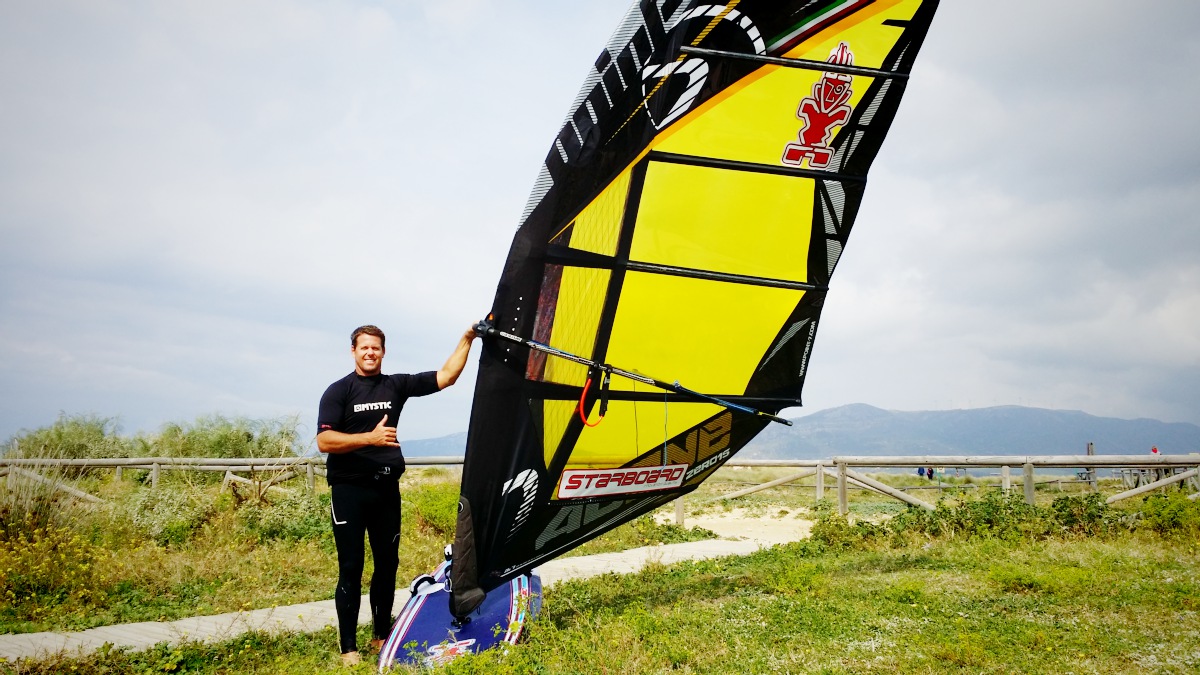 Last year you did not manage to do the whole tour. What was the reason?

Last year for the first time in my life as a pro windsurfer came to an end before the season finished. Being from Argentina only allows you to be 3 months in  Europe, and then you need to be 3 months out to get another 3 months in. In the past i never had a problem getting some extra days here and there but last year was not the case so i had to miss the last events. So i went back home and manage to get a proper visa for the year now so it is all cool now!!!

Tell us a bit how you got into windsurfing. We know you started as an imco sailor, and all the way to be a top PWA sailor.  I started windsurfing when i was 9. My father had a sailboat and one day he saw some windsurfers blasting by so he decided to take a course with my older brother. We were very lucky that we ended up on a school where they were very active with races. So all my family started competing in weekend competitions. My brother got very good very fast and was part of the Olimpic youth Team. Then it was me to follow and started travelling a lot during my school time to IMCO events. I won the youth world championships in Sopot '97 and came 3rd the following year.

When i finished school i started studing Architecture and tried some short boards. I liked that much better than pumping my ass off. Soon after that  i went to the US Open in Texas and finished 4th behind Phil Mgain, Kevin P. and Jimmy Diaz, who were all in custom stuff. From there i got invited by Starboard to race in the Asian Formula event where i won the 1st race. Wojtec won the event, I end up second and Alex Gryinis third. From there Starboard again invited me to race in the first Euro Cup of the year in Malcesine, Garda. Finished 3rd and nobody had a clew who i was, so it was pretty funny. From then onwards i started being a pro windsurfer as Starboard offered me to stay in Europe for the summer to do all the tour!

You will be one of the first who will show the Black Power of Point-7 to Argentina. Any plans on that?  Yes, people asked me many times already about the sails. A lot of people in ARG followed the tour this last years and at the bigining the only asked me about those new stylish black sails. Now is that plus those black sails are fast as F...!

I will put a lot of energy during my summer to promote the brand there and all America.

Did you try your new racing AC-1 sail for 2015? What are your first impressions? I tried the 9.7 yesterday and i was so impressed of how light it was in the hands, unreal. The sail feels like an 8.6 with the power of a 9.7. Today i tried the 9.3 but there was almost no wind so i can't say much.

I've watched Pascal and Kurosh sailing here on them and going extremely well so i am looking forward to get mine in the water!

What are your plans for 2015? Any projects? Kids? Not yet!!!!!! For '15 i want to enjoy the tour and get some good results in. On '13 i finished 6th on the PWA very close to 5th and 4th so I would really like to get back to those kind of results. The level is very high so it will be a challenge!

Andrea Cucchi ‘I’ve been racing against Gonzalo from probably 2002. It was the times of the Formula Eurocups, and now he is on our Black Team. It’s always a good feeling to sponsor a friend who you have battled many starts with, and I remember him present when we celebrated the Vice Champion PWA title of Alberto in 2013; it was only few of us left on the island of Sylt it was a family party in a local bar, and we were already talking about him joining our team, but we actually made it happen only after one more season. I’m excited to see Gonzalo dressed in Black on the water, and I will give him all my support to make sure he will be supplied to show his tactical skills at max speed!’.