Also this year, the March-April issue of the well-known French magazine Windmag is dedicated to tests of the new 2018 windsurf boards and sails of the leading brands. In this, and in subsequent articles, we will provide a summary, with some insights offered by the magazine about these products. Let's start with the freestylewave 2018 boards.

As always, we invite you to buy the magazine, in order to deepen all the results of the accurate tests carried out by the team of mag collaborators. For a comparison with the tests results of the freestylewave 2017 boards, we suggest you to read the article published last year. 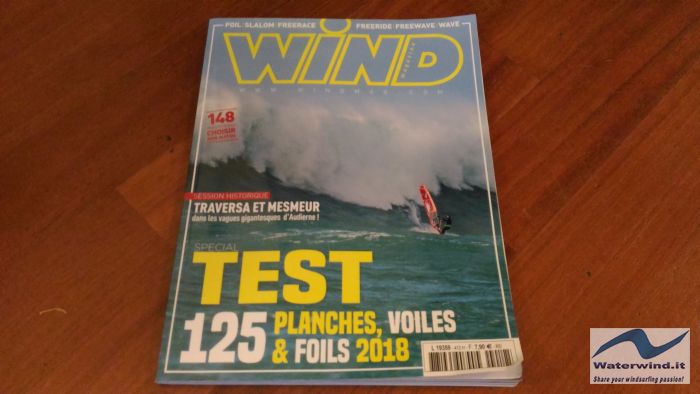 The tested boards are as follows: 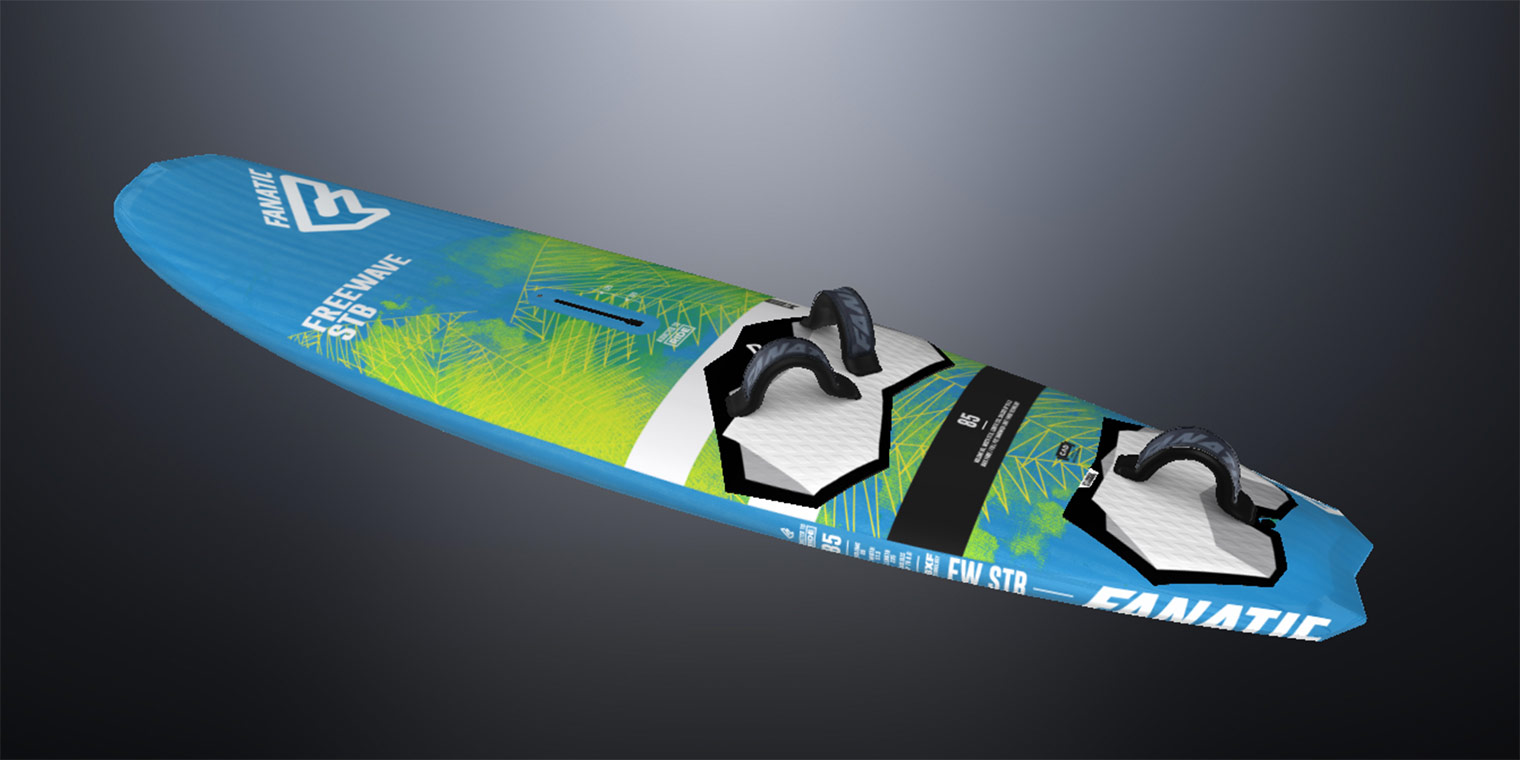 The Fanatic Freewave Stubby is one of the boards that got the preference among the testers. This board has the challenging task of replacing the classic Fanatic freewave, much appreciated in the past few years, which has been definitively eliminated from the catalog. The shape stubby (short and with parallel rails) sails upwind by its nature. When riding, it proves to be a dynamic but comfortable board. The 2017 model trend to sideslip has been corrected. In jumps, the short shape is an advantage, and the wide tail offers a good base for detaching. The wide tail, however, is not too penalizing in surfing. It carvs easily, remaining stable. In its category, it stands among waveriding oriented board. Central box: Power Box; Side: Slot Boxes.

The Goya One, in the new shape 2018, has much more volume in the bow. The rider's stance must be quite advanced, without pushing too much on the fins. It is a board clearly oriented to the waveriding, for discreet wind conditions, confirmed by the rather central position of the front straps. The curve of the rocker rises to the stern, to ensure agility. The rail to rail passage is nervous, and guarantees precision to the more experienced, but instability to beginners. It's a very fast board, which allows you to move in the best way among foams, to jump and surf. The riding in flat waters is possible, but it would be a shame not to use it in the waves. Central box: US center; lateral boxes: Mini Tuttle.

The Jp Freestylewave is the other board that received the tester's preference. New short shape, inspired by the JP Slate, with rounded bow, sub parallel rails, and wider stern. It is a very versatile board, with excellent glide qualities, and which gives many sensations in flat waters, but can also be dynamic in the waves. The compact shape is reassuring in water and air. Center box: PB; side box: Mini Tuttle. 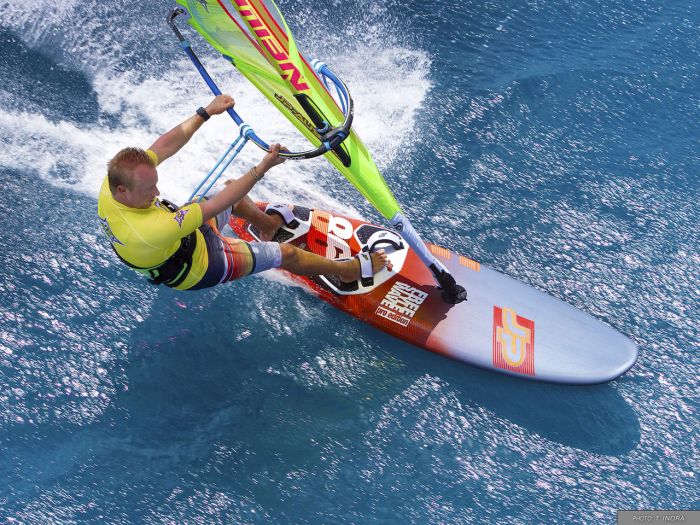 The Novenove is an accessible, multi-purpose board that allows a good first approach to waveriding. Its rounded rails, and the width at the bow, slightly position it towards the waveriding field. It is delivered as a trifin, but can also be set as single fin. It has good gliding qualities, and acceleration, giving beautiful sensations of speed, even if set as a thruster. However, the lack of an external position for the front straps does not allow the freeriding potential to be exploited completely. In surfing, the board follows the curve well, giving confidence to those who are approaching waveriding. Central box: PB; side ones: slot boxes.

The Quatro has a compact shape, and maintains a good width both at the stern (with diamond tail) and at the bow. It is therefore quite stable to bring you back to the line-up, even with low wind. It guarantees stability of direction, not usual for a thruster, and when it is time to bear and jibe, it guarantees a good speed (useful even if you want to jump). The Pads are comfortable, and guarantee a nice grip. In surfing, it turns tightly and precisely. Central box: USB, side box: Mini Tuttle.

The Starboard kode Freewave has smoothed rails, and depth concavity to gain in reactivity, and is supplied with a 28 cm freewave MFC fin. It's a board that can give very comfortable freeride sessions, as a single fin, and with external straps, thanks to the pads that effectively adsorb bumps, and the hull that absorbs well the chop. The standard fin guarantees a stable riding. In thruster set up, and internal straps (straps waveriding positions are clearly distinct from that for freeriding), the Kode really allows you to have fun in the waves. In short, the kode is a crossover that allows you to have 2 boards in one! Central box: US Box; side boxes: Star Box. 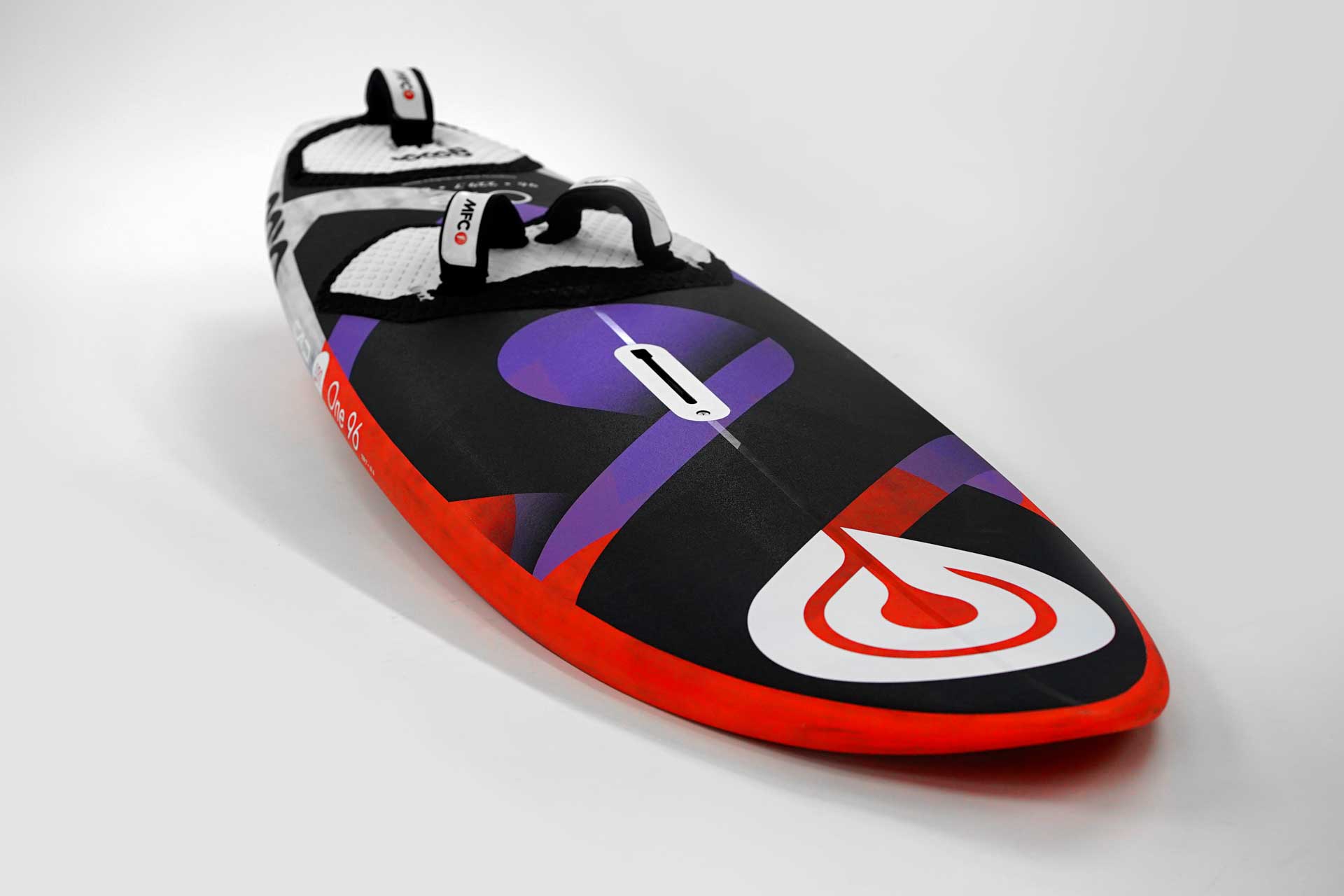 The compact Tabou 3S is, in short, a very responsive board for bump and jump sessions. Very short length, wide stern and truncated bow. The hull has a pronounced V alternating with two deep concavities. Together with the classic 3s, this is the only board in the range that can not be set as a thurster. In freeriding, it is a nervous and very alive board (the position of the fin is very backward), which flies on its stern, almost with a slalom board behavior. The compact shape also makes it ideal for jumping, in bump and jump conditions. With its MFC freewave fin, waveriding is only moderately possible, but reasonably entertaining. Power Box.

The Tabou 3s Classic is a shape reintroduced from 2018, adding in catalogue a longer board to the compact version, even if with an almost identical hull. The behavior of the board when riding is sweeter and less destabilizing than the compact version. The straps can be set in an external position for a more effective driving, or more internal, for a quieter riding. The board allows a moderate waveriding approach (the classic version is more freeride oriented and less versatile than the compact version). The quite wide stern ensures stability in the exit from the jibe, and makes it easier to keep gliding all through the maneuver. Power box.