There are certain boards, with which the feeling is immediate ..... According to me, the Fanatic Quad TE 2013 is one of these .... 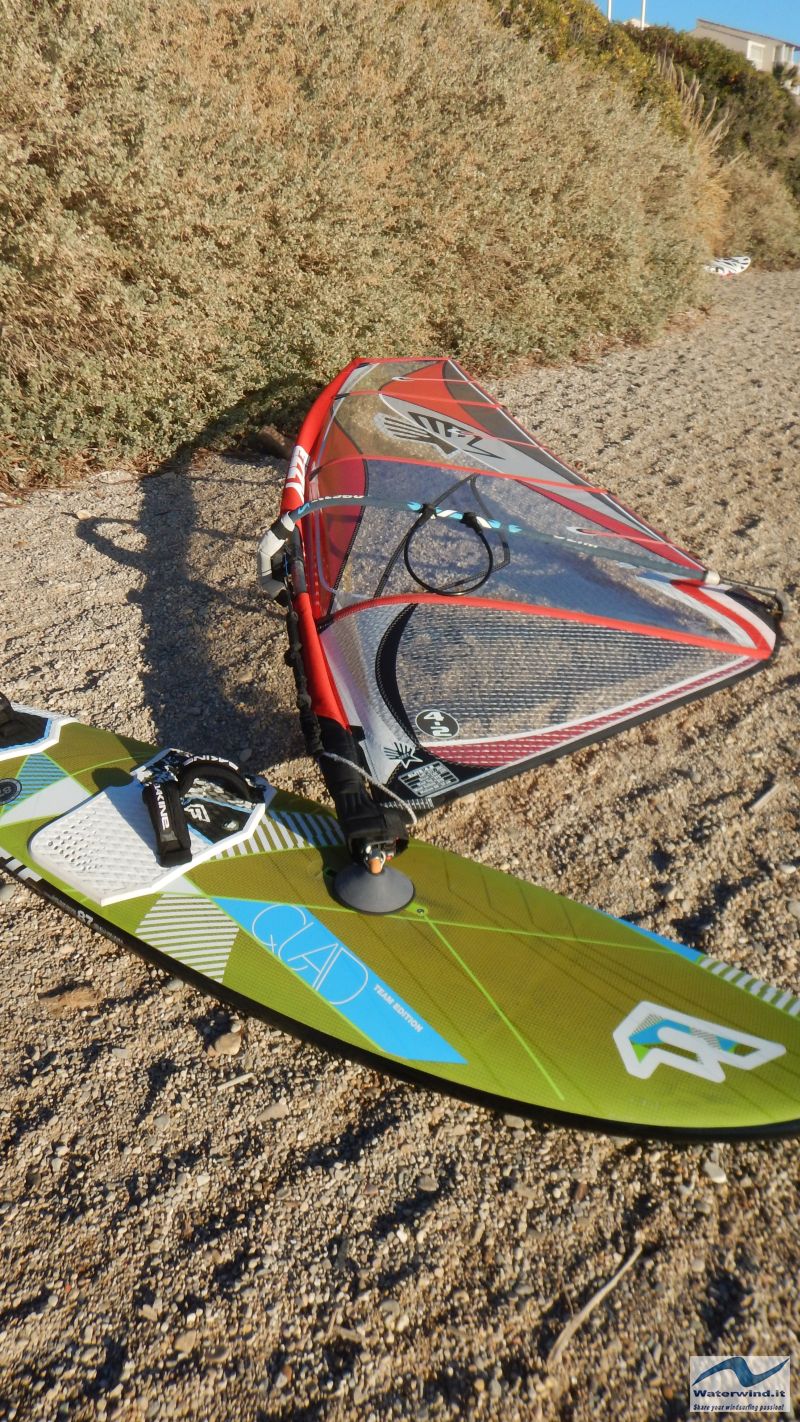 I thought the quads were more radical boards than the wave thrusters, and, instead, the Fanatic Quad 2013, proved to be a board with which I felt immediately at ease. The test was performed in parallel with that of the Fanatic Thruster 86 TE 2013 (read review).

The impressions with the Fanatic quad 87 2013 in wave spots (Coudouliere, France, and Spiaggia d'Oro d'Imperia - Liguria, Castiglione della Pescaia, Tuscany) were immediately very positive, even with regard to the gliding pace. I just have to get "psychological" confidence with the fact that, to get it into glide, you do not have to be afraid to bear well away; then, with a correct advanced stance, it rides upwind very well. Also, I really like the way it behaves in rough sea. The board always seems "soft" underfoot, that is, it never opposes too much resistance, and even under burst, the wind energy is damped properly, without the board becomes hard, or splash away at full speed (so it holds better overflow).

Yes, the thing that I like, is the fact that the boards always remains in control, without running too much. In addition to the fact that I do not like riding too fast, and jolting constantly, a contained speed, between the waves is essential to try to position yourself at best on the way and start to surf it. However, if launched downwind, and with some pumping, the board acquires the right speed to place some good jumps. It immediately proved very very fun even in the setting of the bottom, with a tight curve, but very smooth, thanks to the 4 fins that determine a good grip.

It's a lot of fun in handling jumps, both because of the more controlled riding which allows you to impact with the wave in quieter conditions, and because it has a natural tendency to lift the bow, and it's easier to manage in flight (cause it's rather short?). So, even without large corrections by the rider, it allows you to land aft. The aforementioned jump ratings are also referred to jumps of relatively significant height (3-4 meters).