Fins are a technical subject often overlooked by many windsurfers. On the other hand, their influence on the windsurfing board's behavior is significant. The topic is wide, and relatively complicated. In this article, we try to face the argument, illustrating the most important concepts.

The argument is a little tricky. So, we thought to give you all a hand, entering this world an trying to understand something. We would like to help you make the most of your boards, having more fun in your sessions.

Before starting to describe the characteristics of the fins, let's pause for a moment to understand how the fins work, that is, how the forces that act on them (and which are then transmitted to the board) are generated. 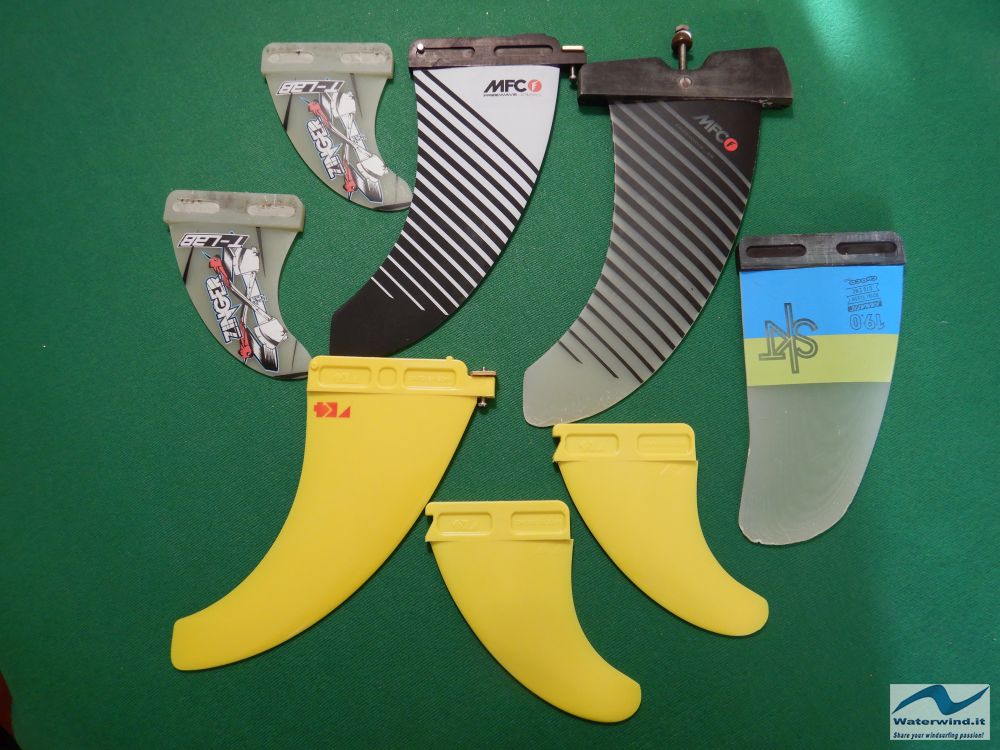 The fin is nothing but a small wing, and we can, therefore, use the same terminology used in aerodynamics. The forces created are called lift and drag. Since the fin is positioned vertically and not horizontally like a wing, lift becomes a lateral force (roughly horizontal). The fin lift is created because of the fin blade tilting in the water flow, with a specific angle of attack. The flow around the fin, therefore, is not symmetrical. Note, in this regard, that the fin due to the effect of the wind thrust on the sail and therefore on the board, will impact the water with its face facing the leeward side of the board (which will correspond to the lower side of the wing of an airplane). On the opposite fin side (the one facing the windward side of the board), the flow must take a longer path than the leeward side. Consequently, the flow must be faster on the "windward" part. This means that the energy related to the proper pressure of the water decreases on this side to convert into kinetic energy (to run, at the same time, a longer path). Therefore, a lower pressure is determined on this side than the opposite part of the fin. The difference in pressure between the two sides produces lift. Lift is always combined with the resistance that depends on the friction of the water molecules on the fin surface, and therefore on the geometry of the fin. The figures below taken from the Maui Ultra Fins website illustrate these concepts. 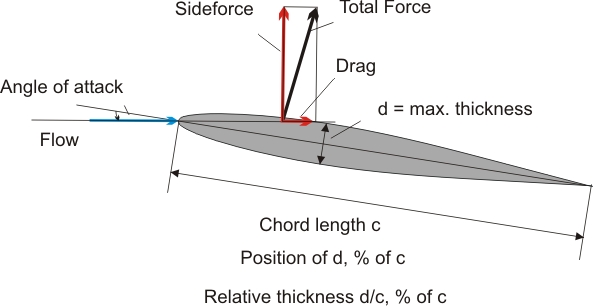 Let's now describe the shape and structural characteristics of the fins, which also influence the intensity of these forces. Let's start, first of all, with the way the fins connect to the board.

Before closing this article, we propose some concepts, regarding the possible adjustments of the fins position of a multifin or single fin board (see image below).

The different setting as tri-fin (but similar concepts apply to a quad set-up) for wave use (upper part of the image) seems intuitive to me: putting the side fins further back and the central one forward, there is a partial fins overlap, which leads to a partial lift effect cancellation of the central one, which is "covered". Spacing the fins you have the maximum exposed surface, and the maximum grip. Obviously, it's worth of trying all the intermediate positions.

As for the single fin possible settings (but a similar concept also applies to the fins layout of a multifin board ), the explanation has already been mentioned above. A more advanced fin (or fins) position reduces the distance between the two centers of resistance (the one due to the board hull and the one determined by the fin), making the board more reactive (as if it became more able to rotate around a single pivot). On the other hand, more rearward fins make the board more stable when saling straight, and a little less good at sailing upwind, but with a slightly anticipated planing entry (the fin drag is less significant when the board is still floating in displacement, with the forward part of the hull being the one mostly immersed).

The concepts that we have just explained here are also highlighted in Graham Ezzy's video, that you can watch in a specific threads in Waterwind forum (click here to read the forum thread). 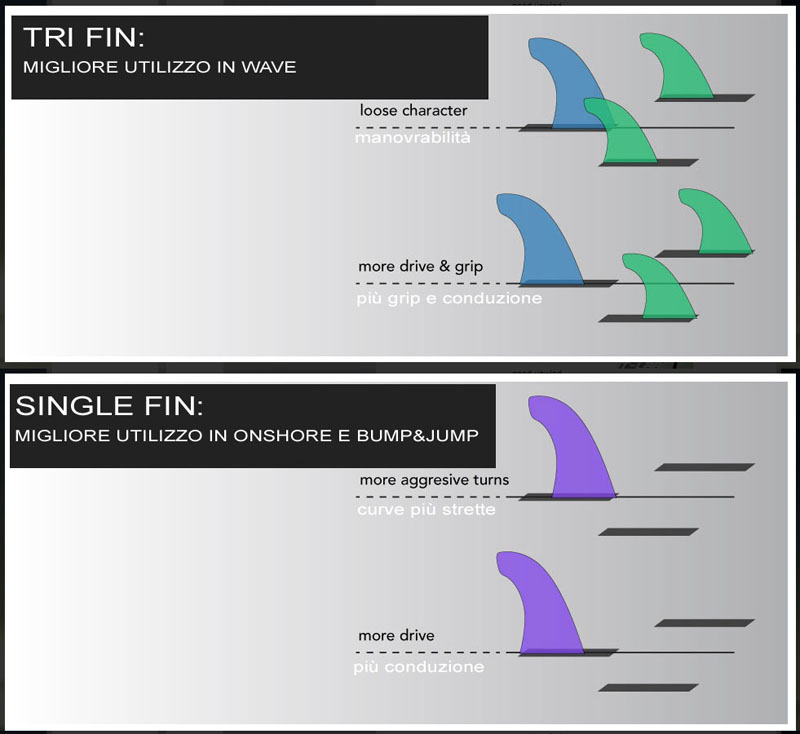 In a future article, perhaps, we will provide some ideas on how to choose the fins suitable for different types of boards and spots. In the meantime, you can start browsing the following k4 guide.

Any comments, suggestions and additions to this article are welcome. Post them in the comments at the end of the page.

Note. This article was written by consulting the following bibliographical sources, which, for correctness we mention, supplemented by our knowledge and experience in the field: